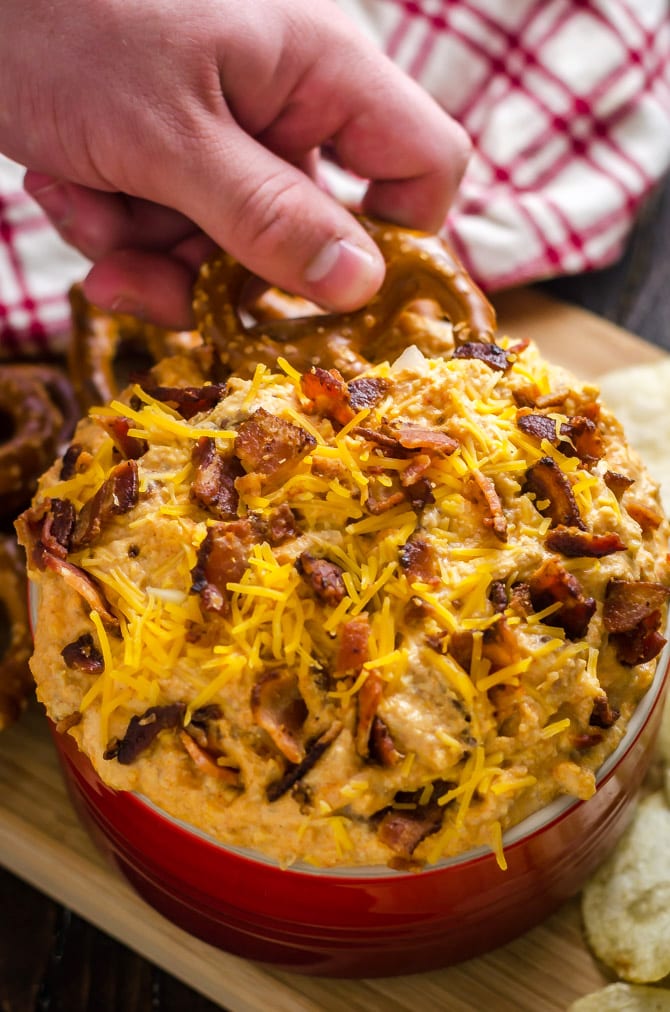 I’d say that right around the time that someone literally lifts the entire bowl of dip from the buffet area and sneaks it over to their own table, it becomes acceptable to pat yourself on the back for making a damn good recipe.

Or at least that’s what I told myself as I eyed my 5 Ingredient Cheddar Bacon Horseradish Dip making its way across the yard. (Hey, I was about to scoop another spoonful onto my plate, but if you love it that much…) 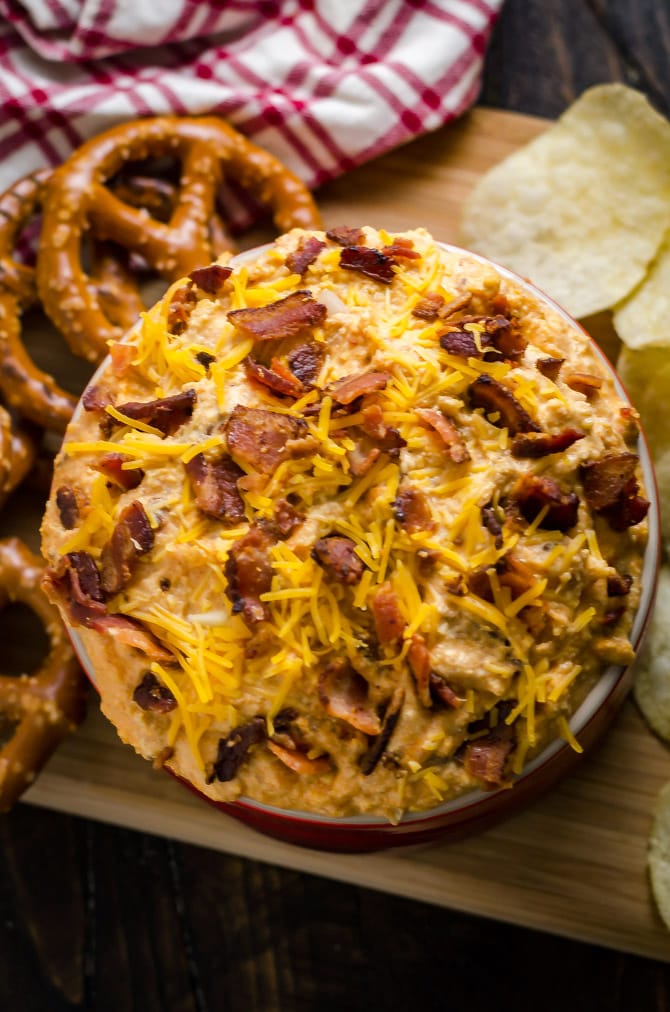 Before I knew that the dip was worth smuggling– in fact, before I knew that I’d be making a dip at all– I’d planned to make potato salad to bring to a friend’s barbecue. I had all of the ingredients. I prepped my potatoes and crumbled the bacon. I had an onion chopped up and ready to go. And then I got a text saying, “Nevermind on the potato salad, my family just brought 2 trays of it!”

Oh. Well there was no way I was venturing out into the mayhem that is a Sunday grocery store trip, and I was already pushing it on time. I’d have to make due with what I had on hand… which was the potato salad ingredients, an jam-packed cheese drawer, a bunch of snacks, some eggs, a container of sour cream that was rapidly approaching its sell-by date, a bunch of frozen meats with no time to thaw, and a hoarder’s collection of condiments.

It was, as Tim Gunn would say, a “make it work” moment. 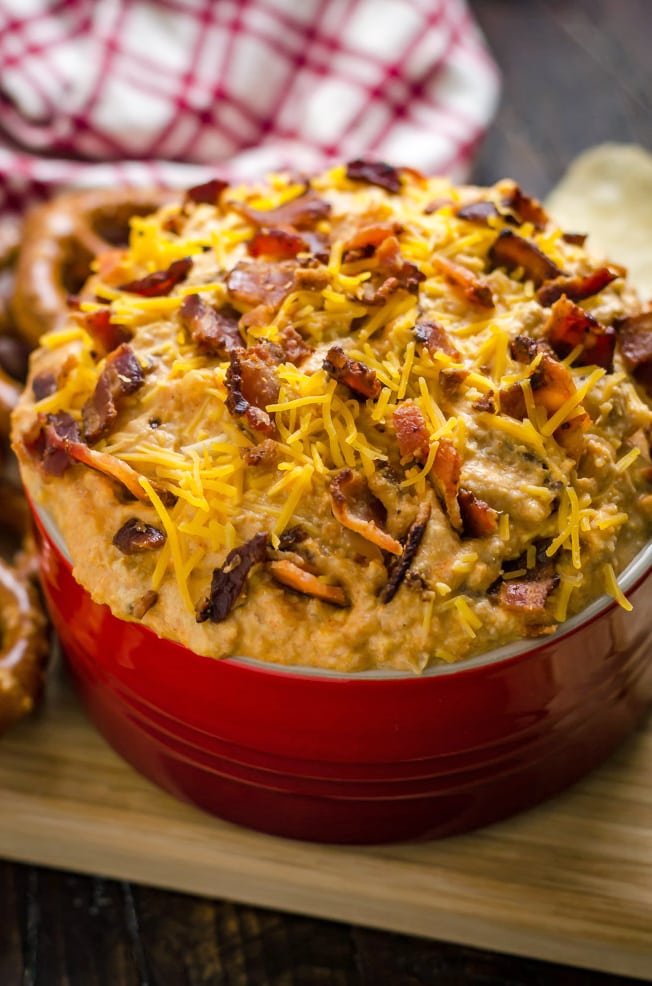 Because I apparently had the self-control of a Shaolin monk that day, I somehow didn’t devour all of the crumbled bacon as I tried to hurriedly hodge-podge together ingredient combinations in my head. Bacon is normally my thinking food. And my snacking food. And my breakfast food. And my existing food. I just love bacon and want it all the time, in every way, is what I’m getting at.

Suddenly, it clicked. It’s all about the bacon. Cook the onion in the rendered bacon fat. Grate in a ton of cheddar cheese. Use up that sour cream. Flavor it all with horseradish. Girl, you’re gonna make a killer smoky, cheesy, and yes, ULTRA-BACONY chip dip in like 10 minutes. 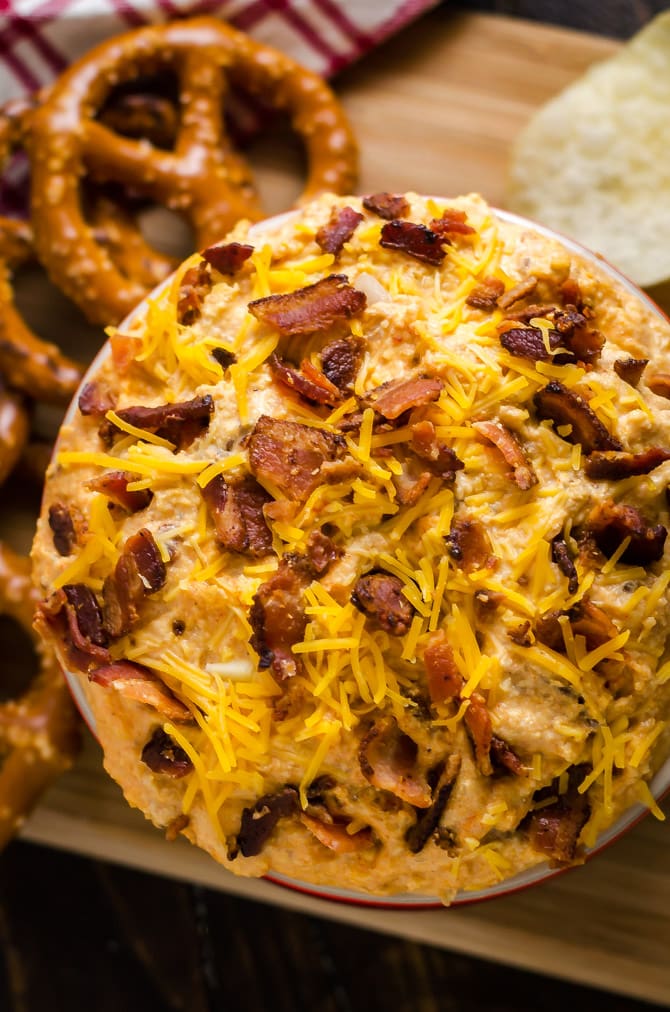 It only took 5 ingredients and a quick visit to the food processor to make a dip that was leagues better than anything I could imagine grabbing from the store. It was so sharp, tangy, and creamy, and completely devoid of any of those chemically flavors you get from pre-packaged dips. Plus, there was a lot of bacon in there. As in 10 slices of bacon. Some of it was whirred up into the dip, some of it was folded in, even more was sprinkled on top. And the bacon flavor was 100% present in every single bite.

So now I’m sure you understand why this 5-Ingredient Cheddar Bacon Horseradish Dip was snatched up from the snack table, right? 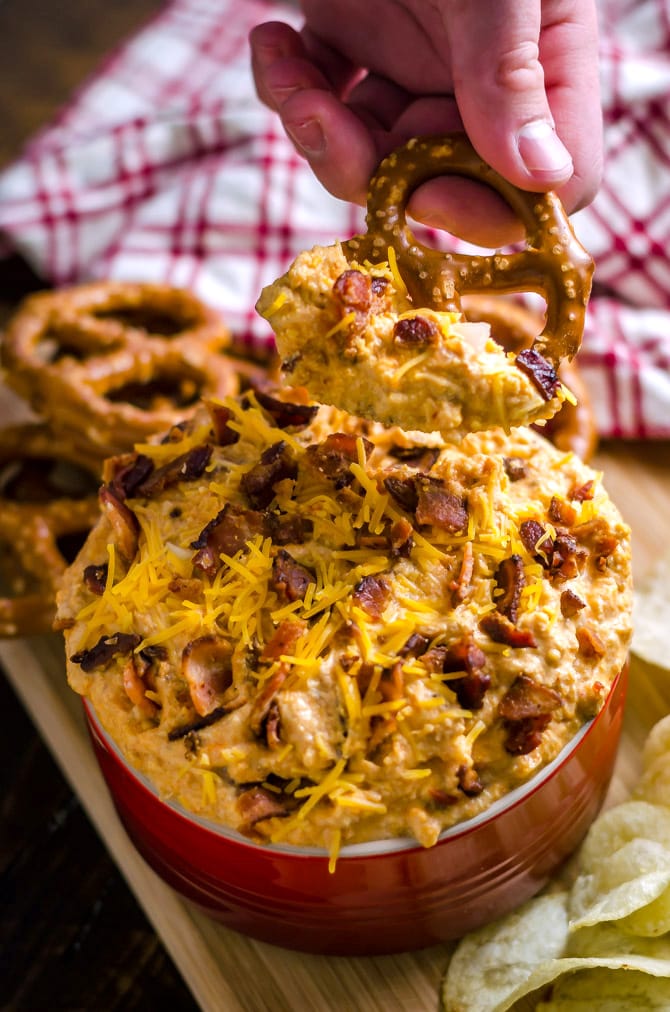 I’ve never been so glad to not make potato salad.