For 22 years of my life, I avoided blue cheese like the plague.  I don’t know why I refused to try it.  I don’t know what made me decide that I’d despise it.  All I know is that, for the large majority of my life, I deprived myself of one of the most enjoyable flavors I have yet come to know.   It was wrong.

It was so, so wrong. 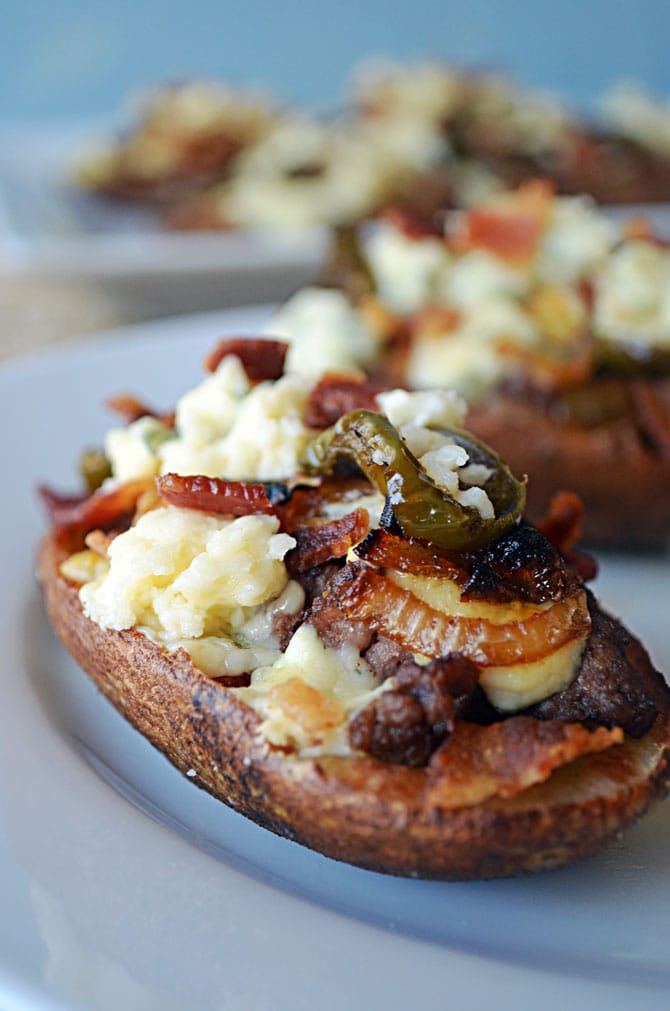 Luckily, after college (and after living for four years with the biggest blue cheese fanatic you’ve ever met), I started working on this blog, and I began to eat a lot of foods that I previously disliked.  You might already know that if you’ve read about my new appreciation for steak, or mangoes, or burgers.

Yes, I once even disliked burgers.  Now, I pile a ton of blue cheese onto my burgers as if to make an obscene gesture in the direction of Past Morgan’s poor taste.   I have come such a long way since those dark times. 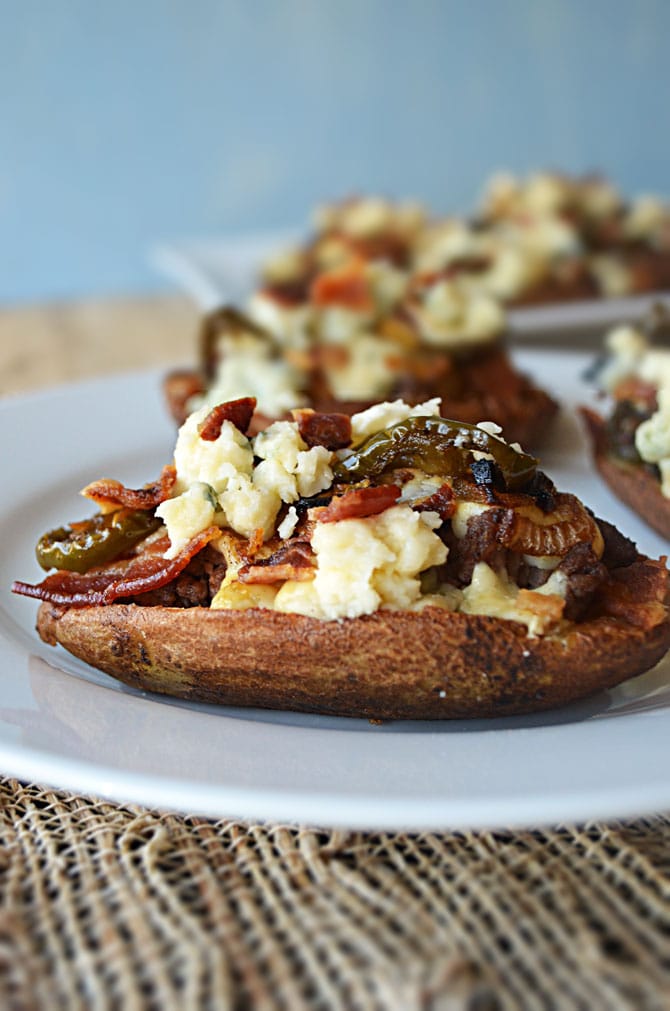 Anyway, a few weeks ago, I asked my friend Amanda for some potato skin inspiration for football season.  She suggested I make cheeseburger-filled potato skins, which sounded like a great idea to me.   But by now, you should know that I don’t cut any corners when it comes to piling on the tastiness.  I decided that if I was going to make burger skins, it’d have to be the kind of burger I love most– one piled high with beef, caramelized onions, jalapenos, bacon, and of course, blue cheese.  So that’s exactly what I did, and it turned out even better than I expected.  Even my friends who don’t like typically blue cheese liked these and ate a few of them.  They were that tasty.

This new twist on an old favorite really is going to blow people away at your next party.  The Bacon Blue Cheese Burger Skins also make a great appetizer to accompany a buffalo wing spread, so get them on the table before half-time begins and be amazed at how quickly they disappear at the hands of your favorite football fans.  They’re even more delicious with a cold beer or two!

Crank up the flavor with this new spin on an old favorite! Bacon, blue cheese, burger meat, caramelized onions, and jalapenos bring these potato skins to the next level!