This recipe is part of a Friendsgiving series (woo!) brought to you by the Friendsgiving with French’s® program #RealFlavorsHaveCrunch

Don’t forget to check back for the next 2 posts so you can achieve maximum tastiness at your Friendsgiving and holiday feasts. 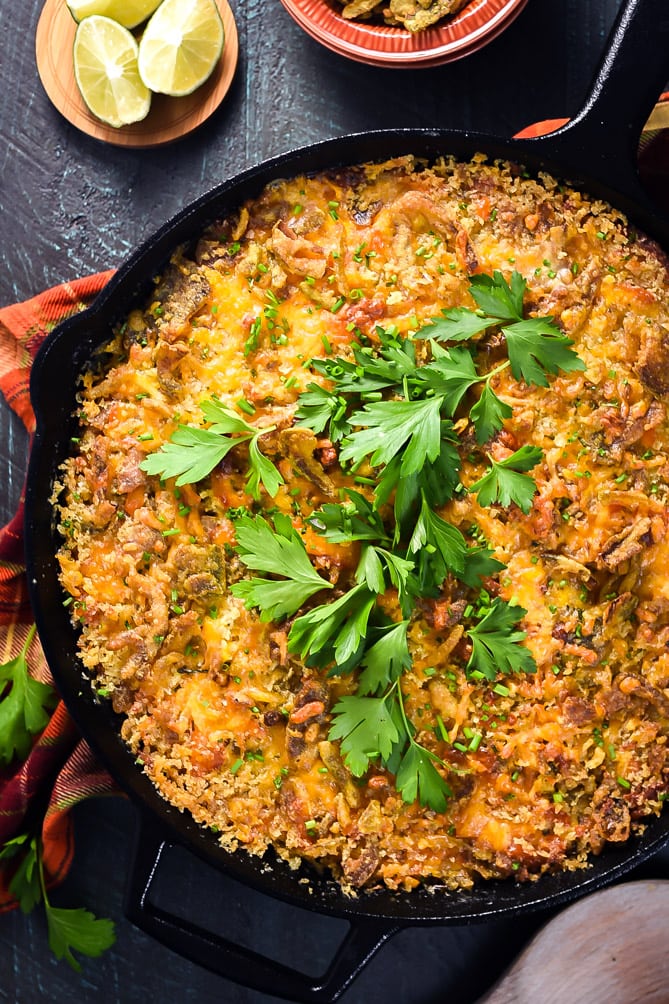 “What’s the first thing you think of when you think of Thanksgiving?” I asked James, hoping for inspiration for my annual Friendsgiving menu.

“Football,” he said. Uh, okay. Not turkey or stuffing or mashed potatoes like I expected, not family, or pilgrims or thankfulness… but football. Football.

And you know what? I could work with that.

You see, if there’s one thing that’s always irked me about Thanksgiving dishes, it’s the fact that it’s all about the same flavors and textures. There’s rosemary, sage, and thyme in every dish, assuming there’s any real seasoning at all, right? And then to boot, everything is soft. Mashed potatoes, stuffing, gravy, cranberry jelly, sweet potato casserole– I imagine that all being on the
menu at some sort of support group for people who’ve suddenly lost their teeth.

I mean, where’s the cheese.. the heat… the crunch? I’ll tell you where they aren’t: your holiday table. That’s the real reason why everyone gets so sleepy after Thanksgiving dinner. It’s not the tryptophan; it’s because traditional Thanksgiving food is so flavorless that it sucks the life out of you. That’s not scientifically proven or anything, but I tend to believe it. 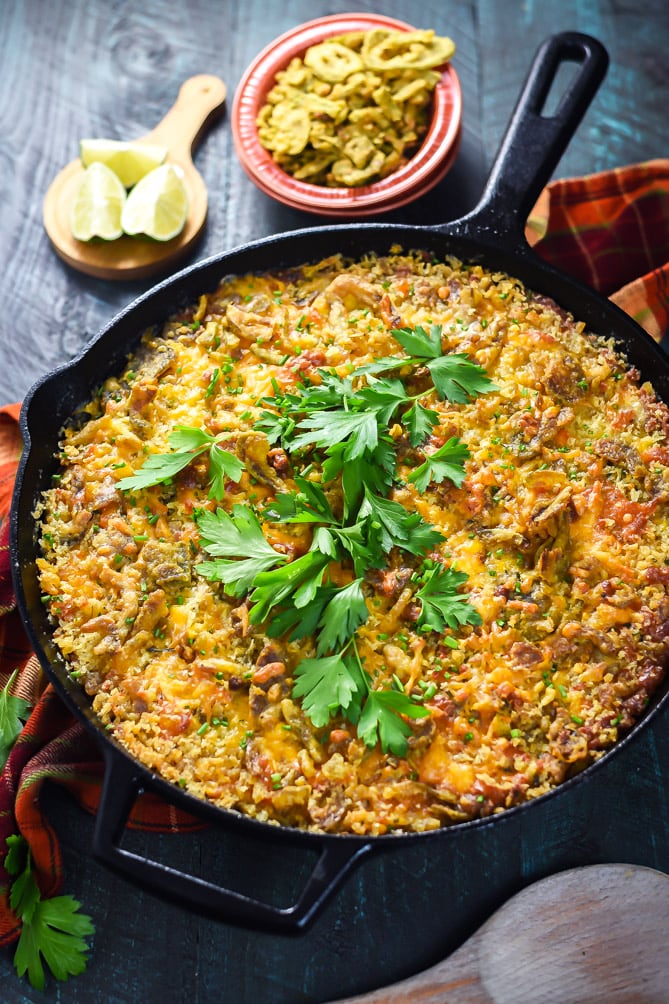 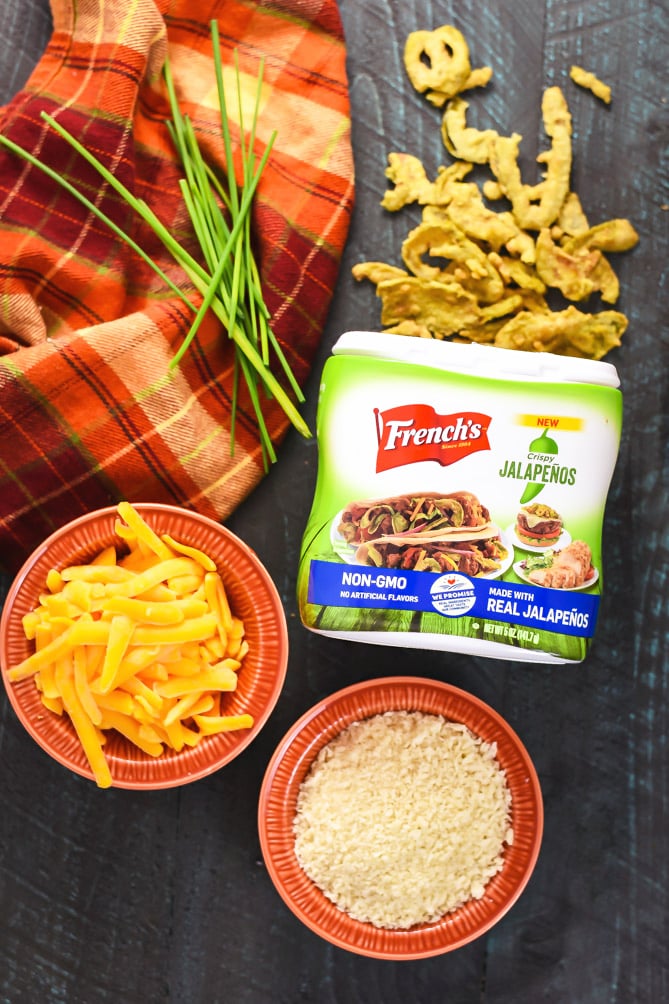 What more needs to be said? I first picked up French’s Crispy Jalapenos a few months ago because I’m a huge spicy food
addict, and thought they’d be a great way to add some heat to my quick dinners. Since then, I’ve added them to my scrambled eggs, sprinkled them over salads, used them to coat chicken breasts, and literally eaten them straight out of the container. I put them in everything, to be honest, because they are perfect for turning everyday dishes into something exciting, but the crust on this recipe is by​ ​far​ the best way I’ve had them– mixed in with buttery panko and slightly-burnt cheddar cheese, all on top of a creamy, cheesy, bacon-loaded corn mixture.

Which is exactly why I’ve prepared 4 of these and stuck them in the freezer for this weekend’s Friendsgiving. 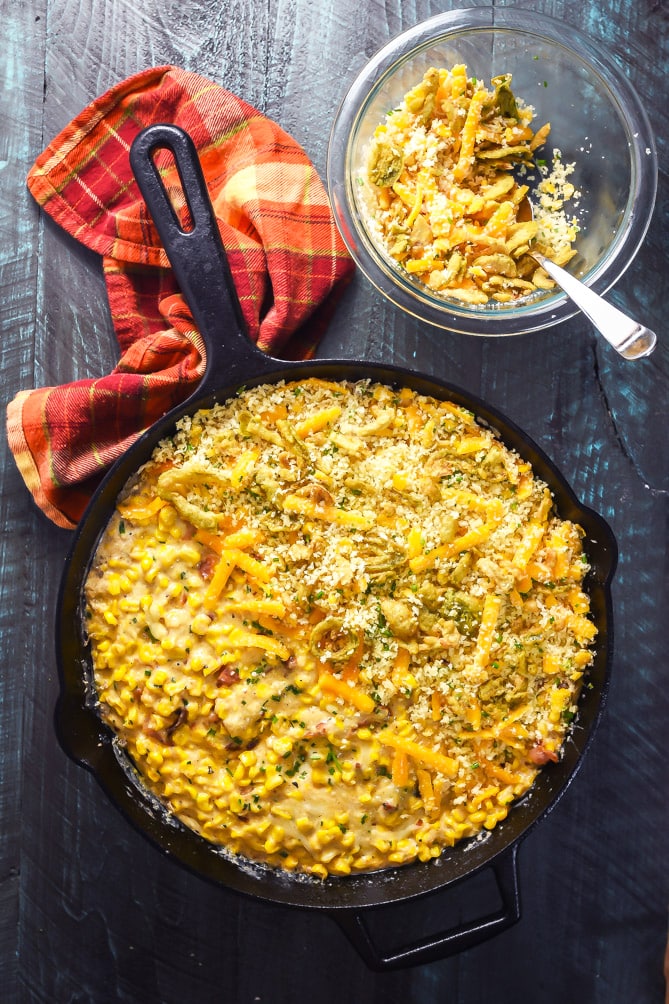 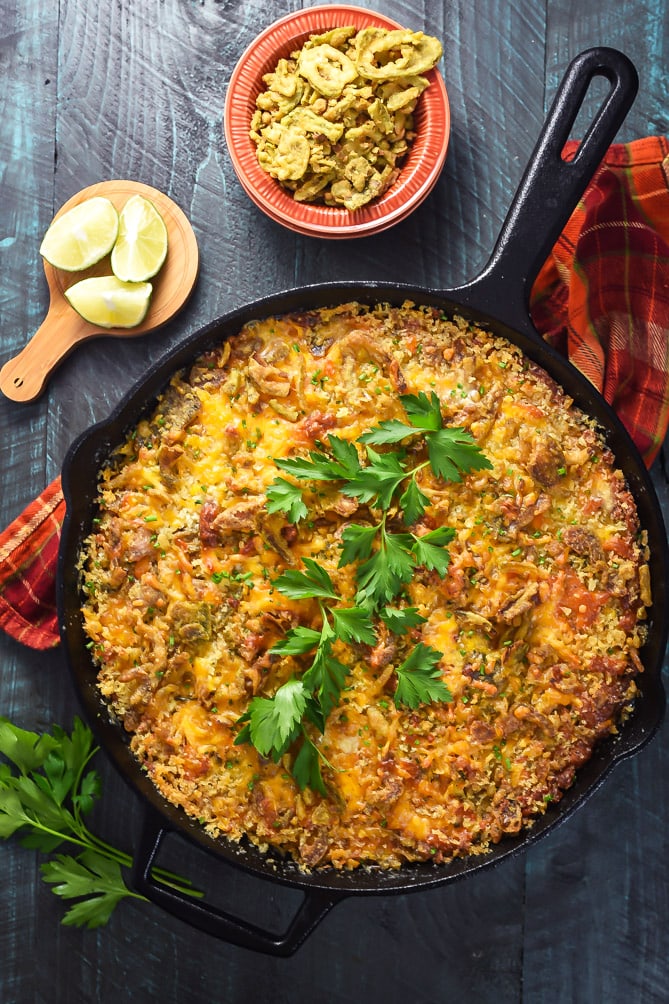 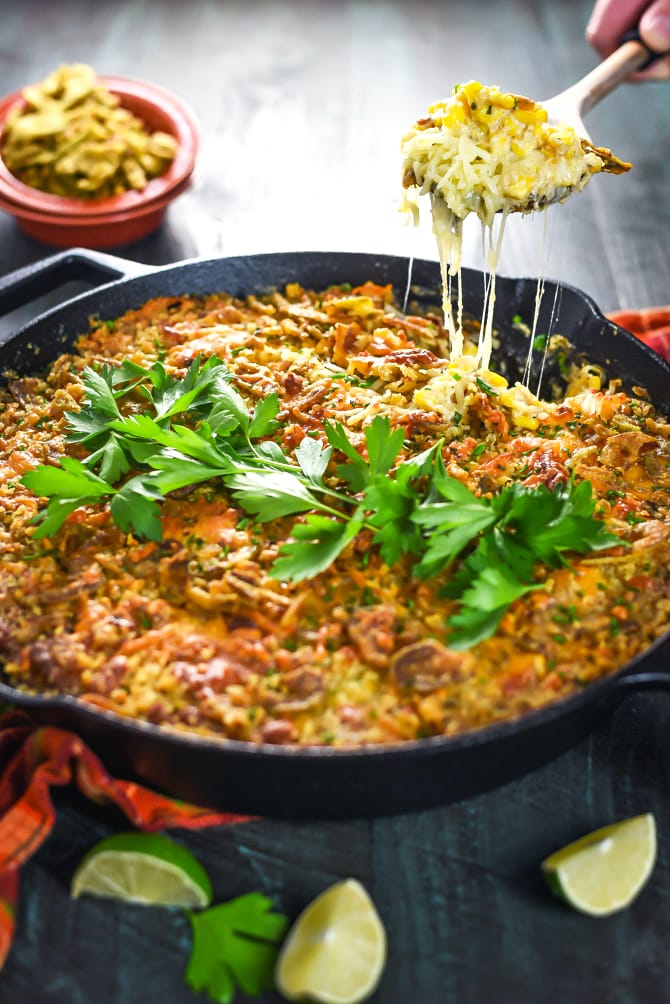 * Alternatively, you can use a regular skillet and transfer the corn mixture to a greased baking dish before topping and baking.