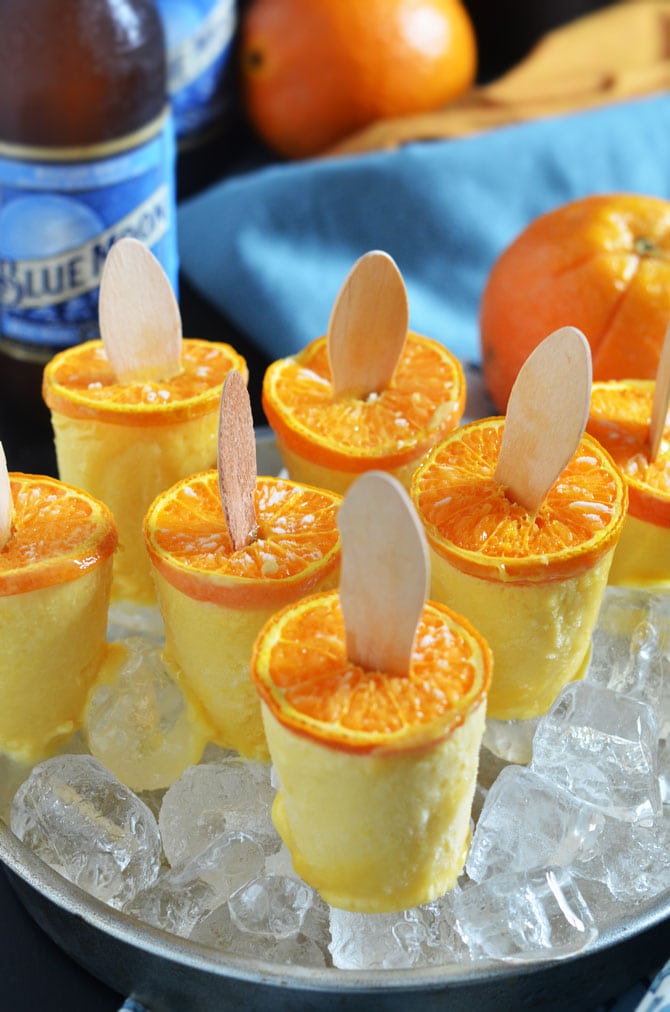 Just over two years ago, I came up with one of my most popular recipes– Creamy Margarita Popsicles. At the time, James told me that they were going to be a hit; “You should sell these,” he said, “You’d make a lot of money.” And even though I didn’t decide to venture into entrepreneurship with a boozy popsicle stand, I still think he was right.

After a year of James begging me to make more poptails, I finally caved and decided to make Boozy Red, White, and Blueberry Cheesecake Popsicles. James told me that they were the best dessert I’d ever made. Those also wound up being a hit with everyone who tried them. 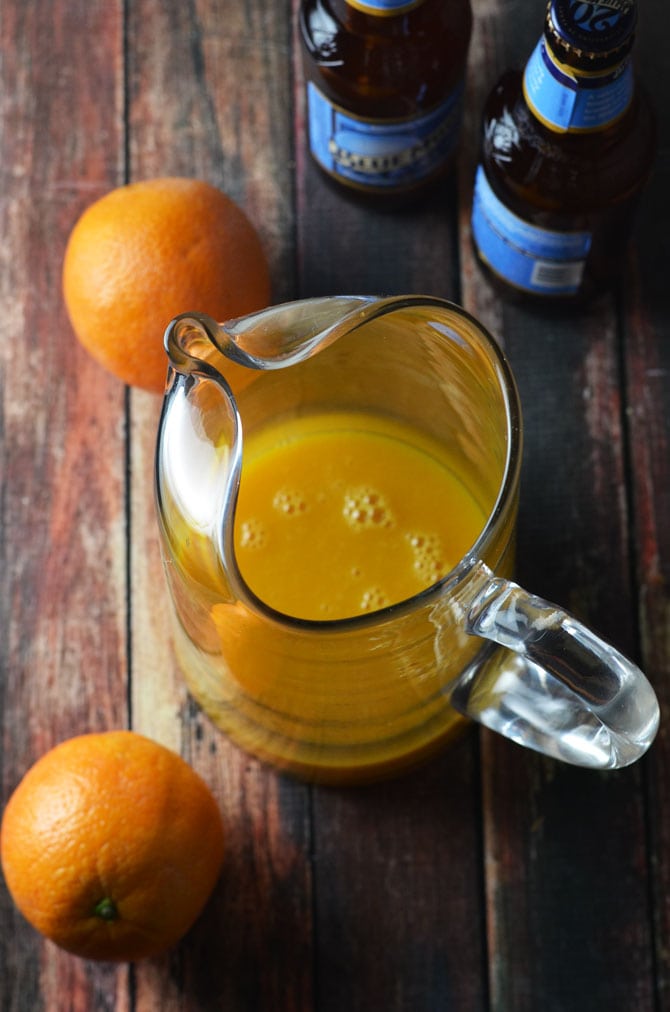 James likes to tell me that he is “the voice of the people” when it comes to my recipe choices, and even though that concept is ridiculous, I decided to test the theory with another icy, boozy treat. Meet Blue Moon Orange Creamsicles, the warm-weather, beer-filled, refreshing and creamy popsicles that exist purely because James loves every damn thing about them. 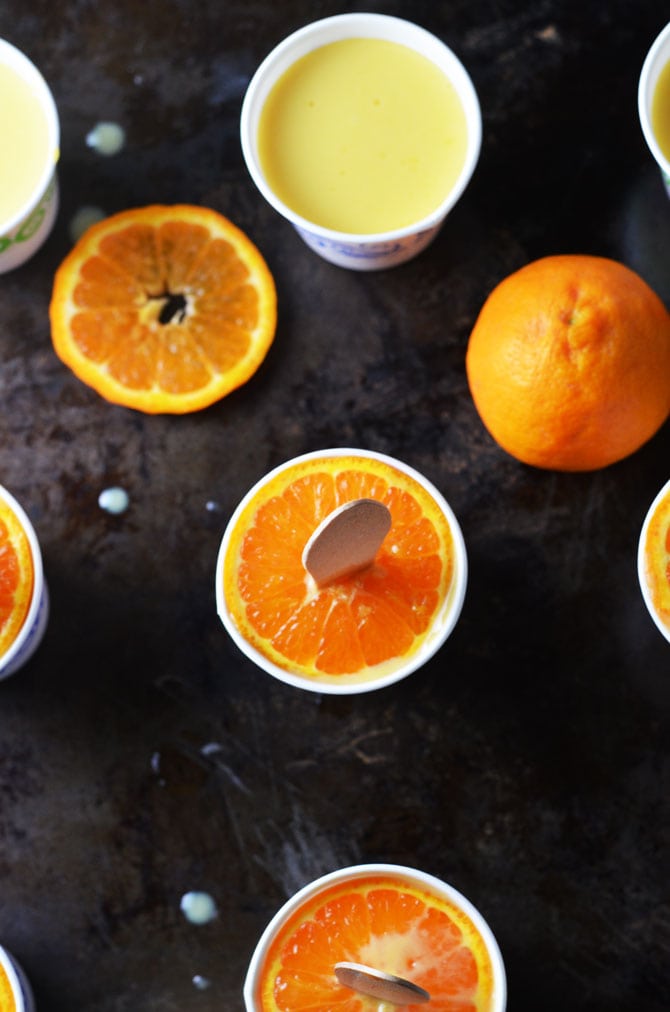 If you were all about the creamsicles when you were placing your ice cream truck orders as a child, then you’ll definitely enjoy this grown-up version. These Blue Moon Orange Creamsicles are super citrusy with creamy vanilla to mellow it out, with flavor from the wheat beer’s barley malts, hops, and oats shining through. But they’re not just delicious, they’re also super easy to make!

All you have to do is combine orange concentrate, Blue Moon (or another witbier of your preference), sweetened condensed milk, and vanilla extract, and you’ve got yourself your popsicle mix. Then, take tangerine or clementine slices and push wooden popsicle sticks through the centers. Pour the mixture into Dixie cups, top with the orange slices, and freeze– it’s really that simple. 4 hours later, you’ll have popsicles that are just begging to be eaten! 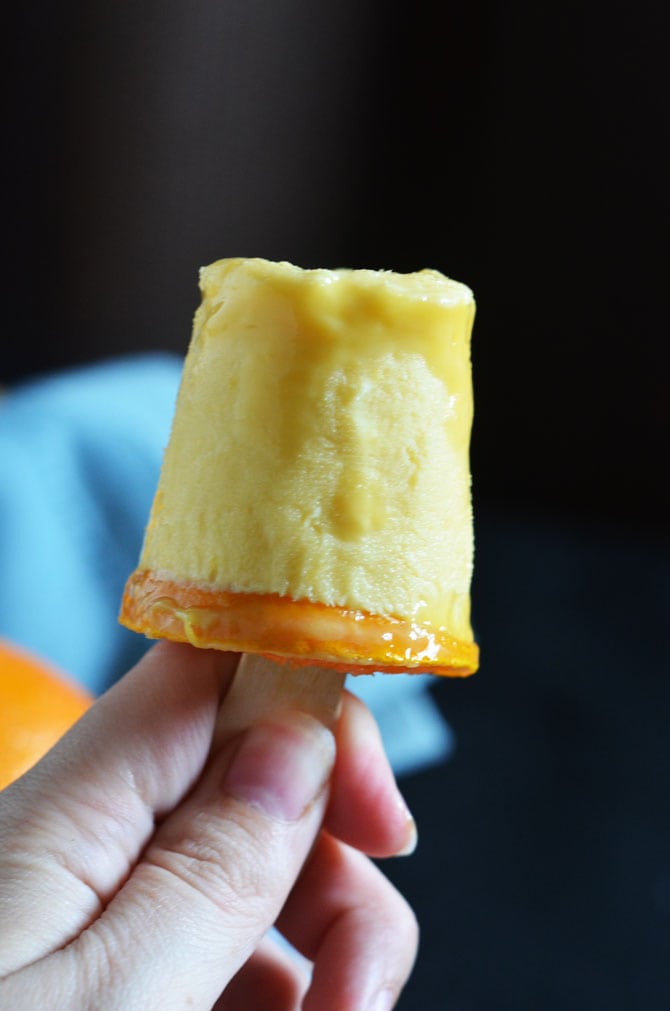 How do they taste? Well, James very seriously begged and pleaded with me to not share them with anyone and just keep them in my freezer for whenever he visits, so I’m going to say that he probably likes them a lot. Just a guess. I thought at first that that they wouldn’t be up my alley, but they were pretty awesome, if I do say so myself!

But I want to know what you think about them, so when you give them a go for your next party, take a photo and tag #hostthetoast on Instagram or Twitter and be sure to let me know if they’ve earned your thumbs-up (and if I should keep trusting James’ tastebuds to inspire my recipes). 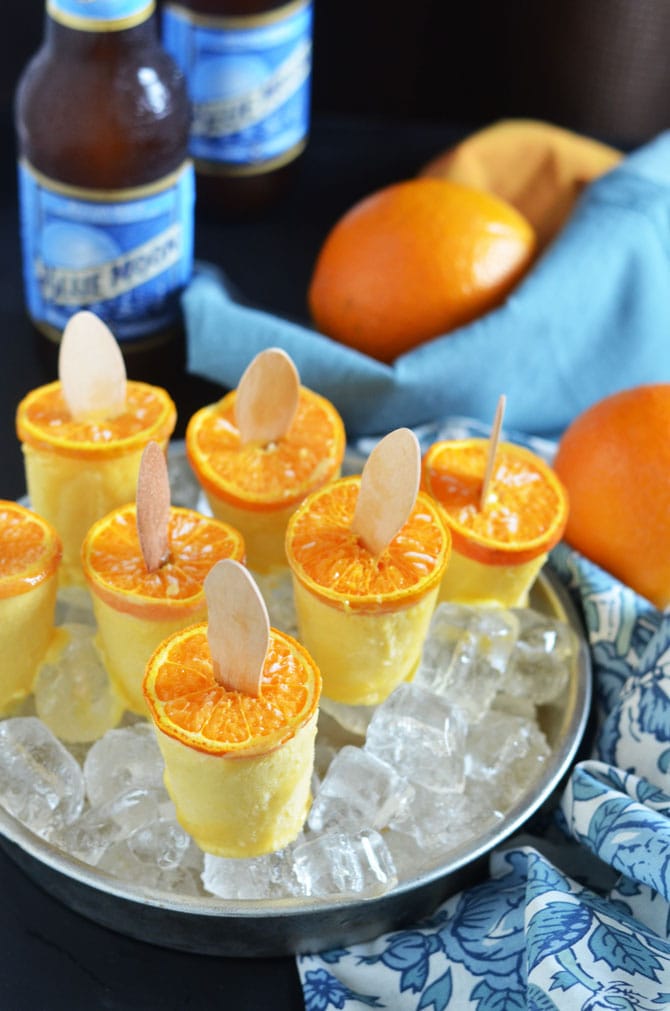 You can also make these in popsicle molds, if you’d prefer!