The Super Bowl is in less than two weeks, which means that I’m going to make as many appetizers as possible to pile into my face hole until the big game arrives.  Sometimes, I’ll even combine appetizers because I just can’t choose between them.  Who doesn’t love a little hybrid hors d’ouevre?  Anyway, I’ll be sharing all of these recipes right here, on the blog, so consider this your one-way ticket to tasty-town. 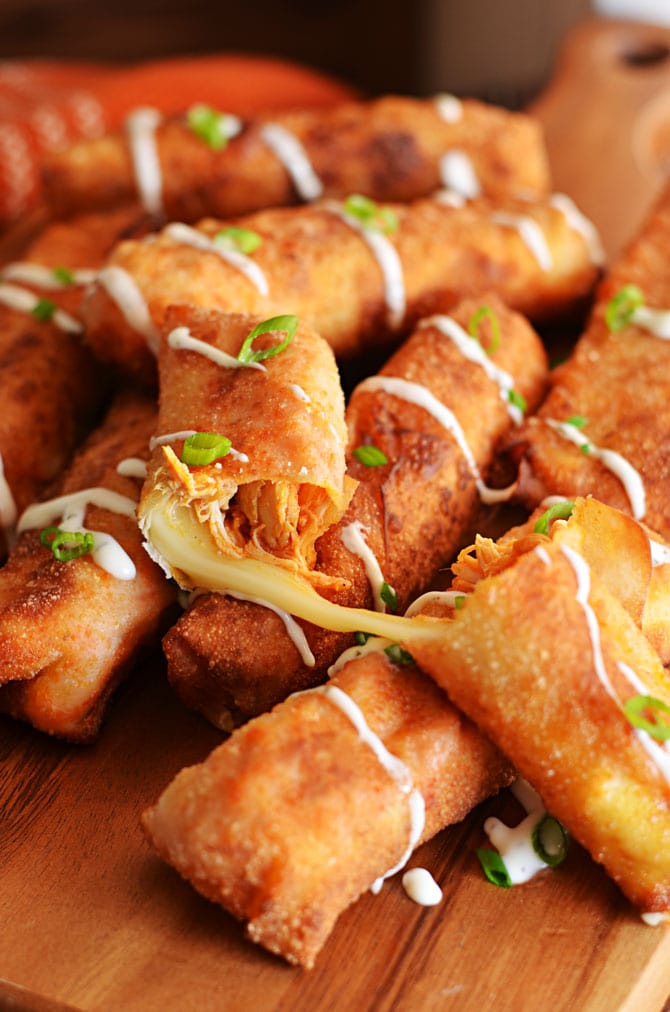 I’m proud to announce that this year I cracked down on the whole “learn to actually understand football, and not just the ‘field goal’ and ‘touchdown’ parts” thing.  It went well.  In fact, it went really well– I now know things like who belongs in which conference, what a two point conversion is… who got arrested, and… uhm… other extremely relevant things.   Really, there are other things.  I promise there are other things, I just can’t think of them right now.  I’m feeling pressured.

OK, I wouldn’t call myself an expert, but that’s probably just because I was multitasking making Game Day snacks all season long and therefore couldn’t absorb it all.  Just nod along. 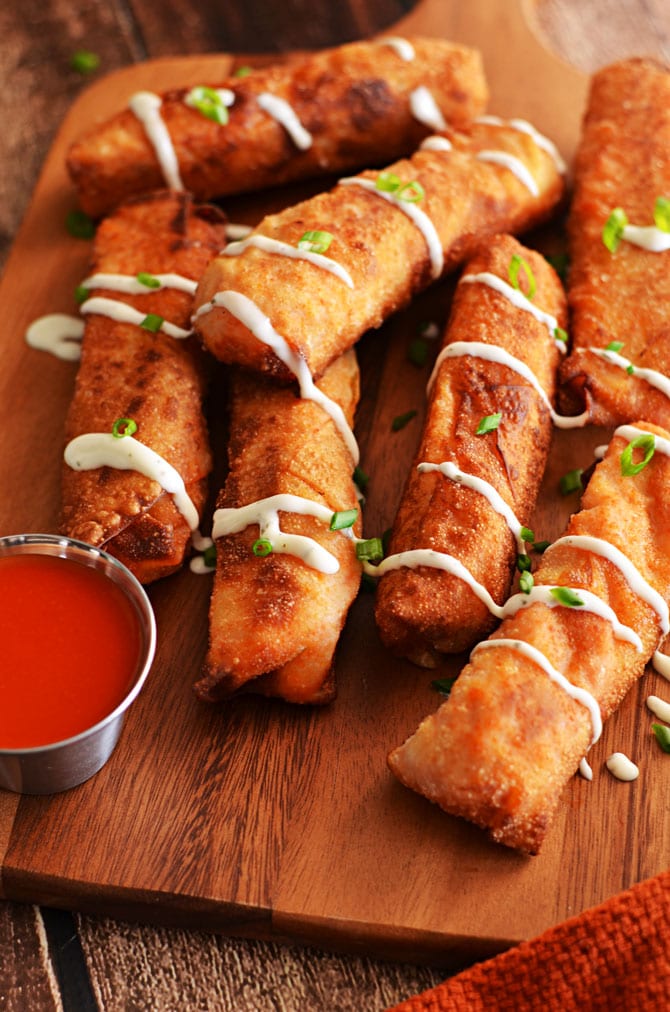 Anyway, to reward myself for my new NFL knowledge which totally exists, I decided to make the ultimate football snack to close out the championship games: Buffalo Chicken Mozzarella Logs.  It’s a mash-up of Simple Slow Cooker Shredded Buffalo Chicken, Mozzarella Sticks, and Egg Rolls.  Do you feel that?  I think that’s the feeling of our collective salivary glands all going into overdrive.

Would you believe me if I said that this three-in-one recipe was actually super easy?  Because I’m about to do that.  As long as you have a slow cooker, the Buffalo Chicken comes together with only a few minutes worth of effort (and it’s truly fool-proof).  After that, all you need is a pack of mozzarella cheese sticks, a pack of egg roll wrappers, and some oil to make magic happen. 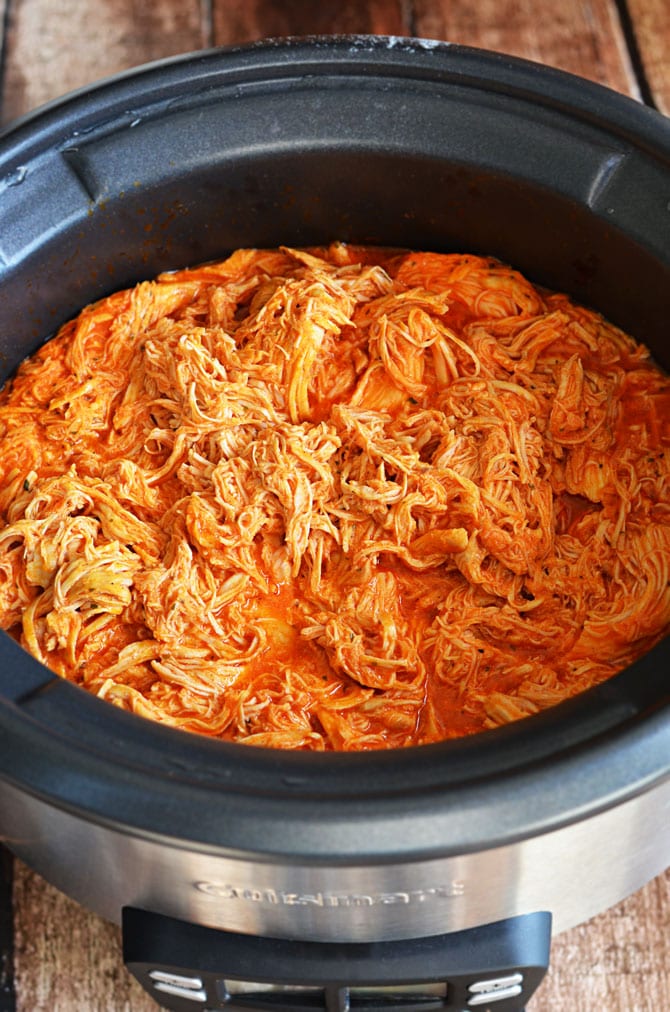 If, for some strange reason, you aren’t a fan of buffalo sauce, try the same thing with BBQ sauce or pizza sauce instead.  Yum!  As long as you don’t transfer too much sauce to the egg roll wrapper, you can be as creative as you like! 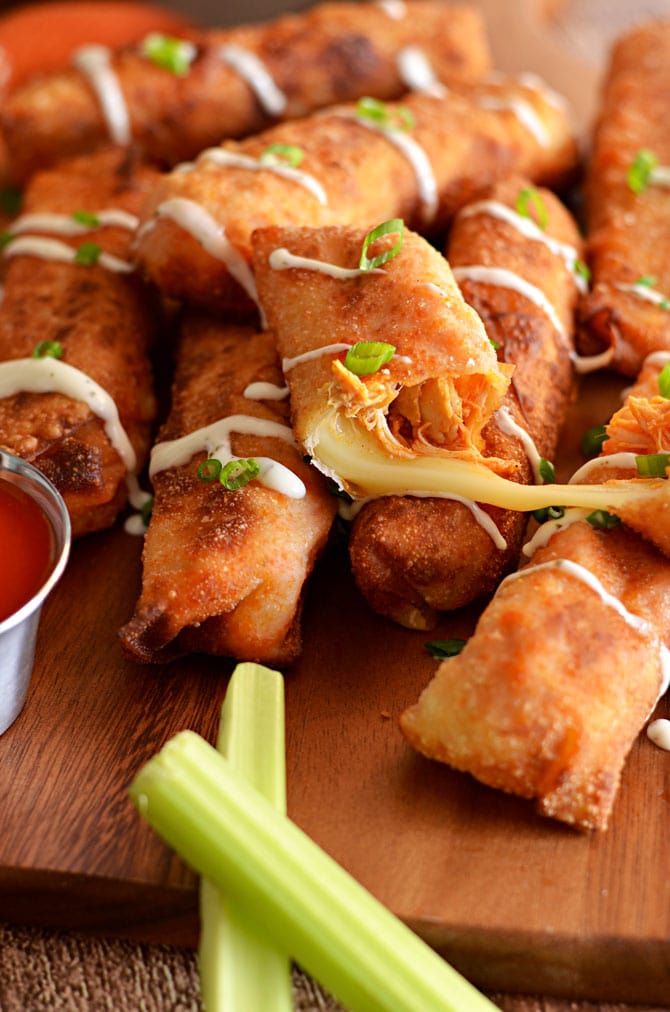