For all of my life, I’ve lived only minutes away from Philadelphia.  I’ve been to Pat’s and Geno’s, I’ve had my cheesesteaks wiz wit or with a generous amount of provolone, I’ve made them at home, I’ve laughed when people call them “Philly Steak and Cheeses”, and I’ve firmly asserted my old belief that green peppers do not belong on real Philly Cheesesteaks. (However, hot cherry peppers are perfectly acceptable.) 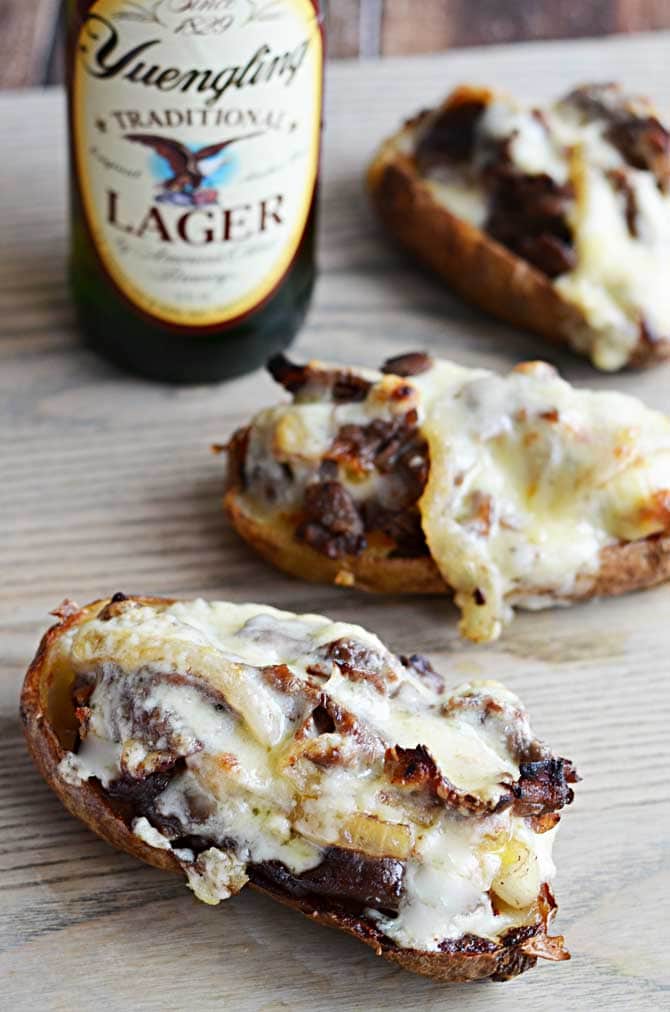 But I’ve only vaguely stepped into actually toying with what I defined as a cheesesteak, breaking my golden rule once and adding green peppers into a super easy calzone inspired by the infamous Philadelphia sandwich.  And guess what?  It was good.  I also used Steak Ums.  And I added mushrooms.  I can feel the Philadelphian disapproval growing, but just hear me out, guys… ok?

I came to realize eventually that there are a lot of ways you can use the Philly favorite food as a base for some pretty awesome, easy recipes, and since then I’ve made Cheesesteak Nachos and Cheesesteak Eggrolls (both of which were great, but I didn’t make them at home so I couldn’t photograph them for the blog). 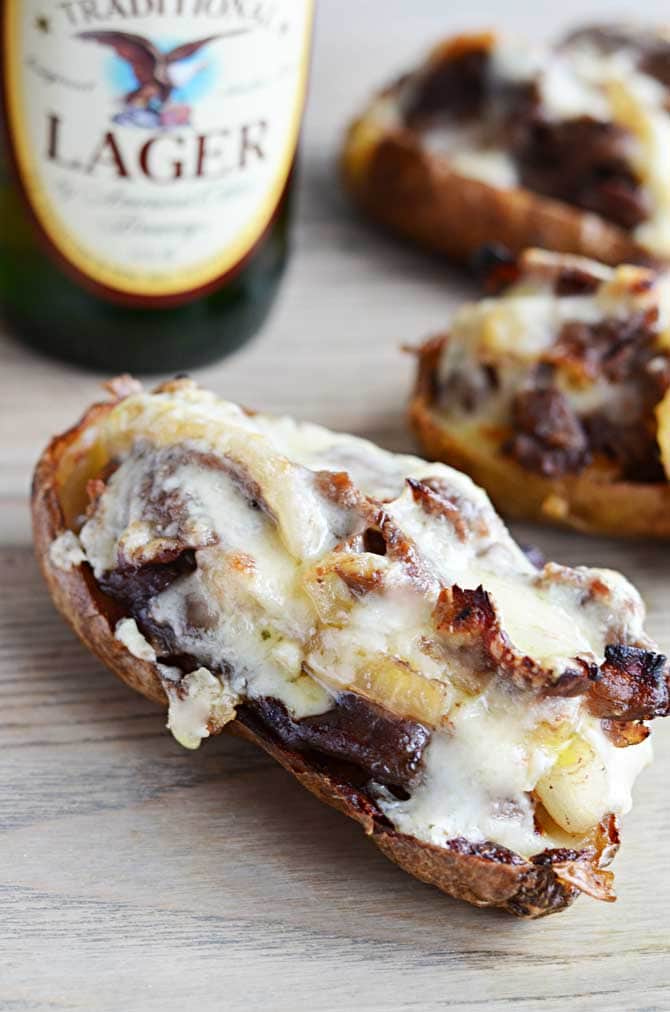 So, since Buzzfeed recently featured my recipe for Buffalo Chicken Potato Skins and they were pretty well received, I decided to make another potato skin recipe, this time filling them with– you guessed it– cheesesteak!

These were really tasty and not difficult at all to make.  They wound up making a great Super Bowl food and would be perfect for your next party appetizer.  Give them a go, wash them down with a Yuengling Lager or Yards Brawler, and enjoy!