I know that the name of this side dish is on the brink of ridiculousness, but I could not, for the life of me, think of a way to describe them that gave them justice.   They’re so flavorful from the chicken stock, herbs, and garlic, and they have that texture combination that makes you swoon– they’re perfectly crisp on the outside and soft on the inside and… well, they’re Crispy-Outside Creamy-Inside Garlic Herb Potatoes.   Sometimes I even impress myself with my creativity.

(Don’t worry, that was sarcastic.) 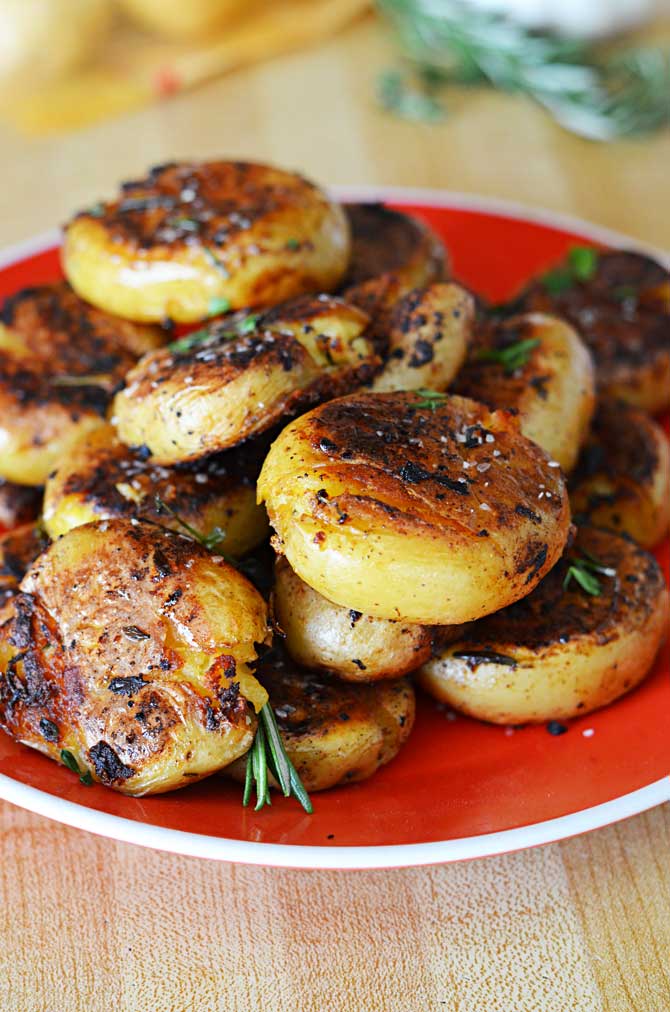 These potatoes were adapted from Jacques Pepin’s “Pommes Fondantes”, which to me sounds very fancy, but it’s actually just French, and Jacques Pepin is French, so it makes sense.  I don’t know what it is about French-named recipes that automatically make the “I PROBABLY CAN’T AFFORD THIS” sirens go off in my head, but these potatoes don’t fall into that category at all.  Maybe it’s just because the French are great cooks, and great food is often expensive?  I don’t know.  I don’t think there’s any logic in it, honestly. 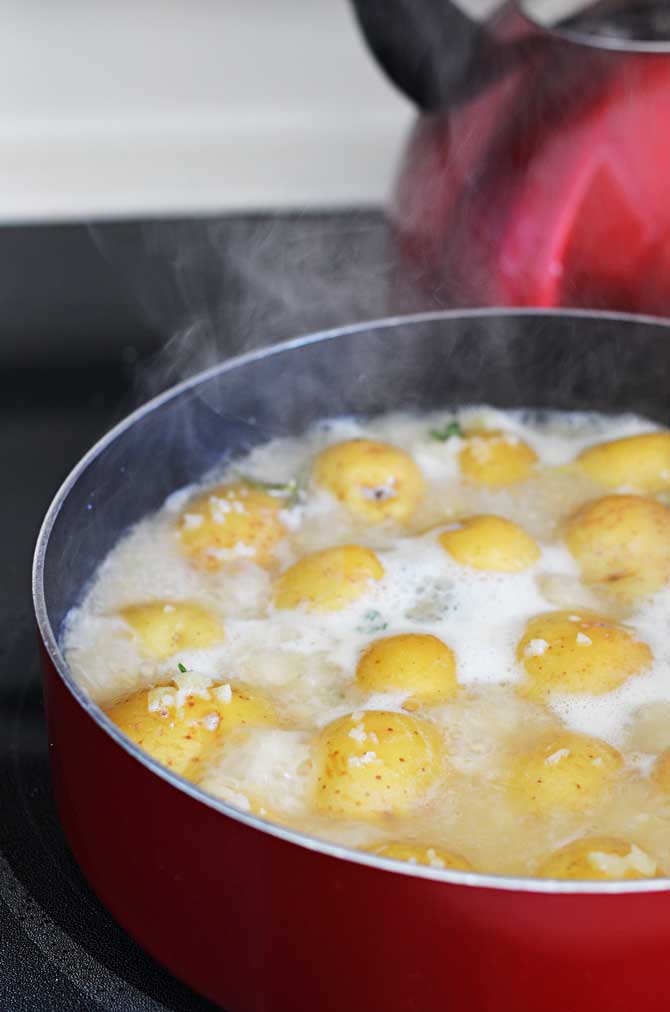 I’d eat these Crispy-Outside Creamy-Inside Garlic Herb Potatoes as a side to steak, a bite with barbecue, heck, I’d eat them as a full meal but that has more to do with my lack of self control when you put delicious potatoes in front of me than it does anything else.  I’d eat these every day.  Every day, I say! 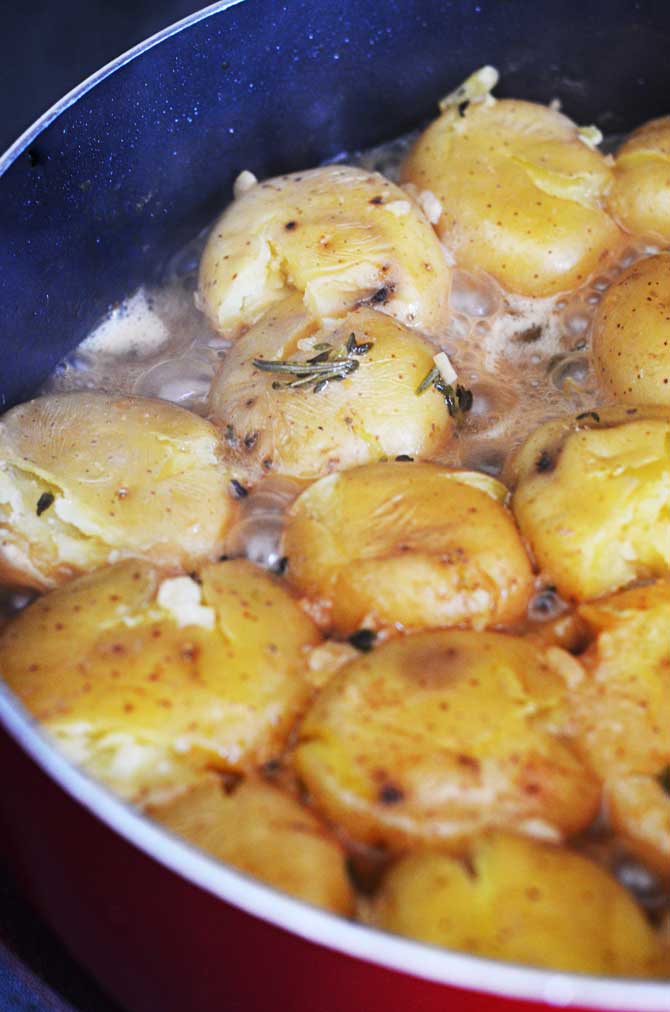 I feel like I’m reciting lines from Green Eggs and Ham. 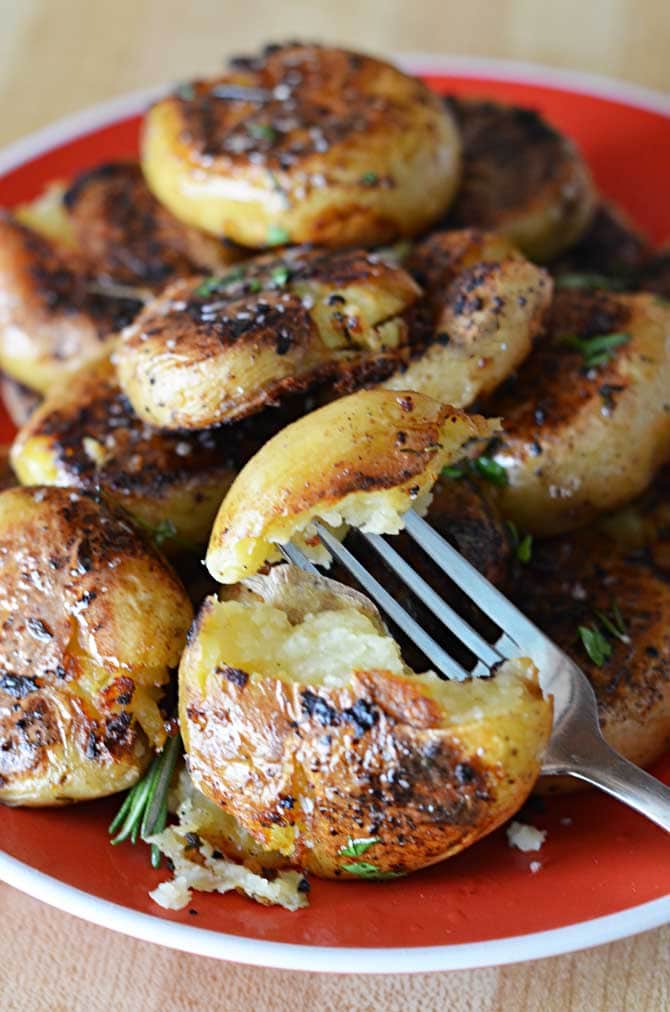 But really… I would.

And so would James, I bet, because he would not keep his hands off of these long enough for me to finish taking pictures. 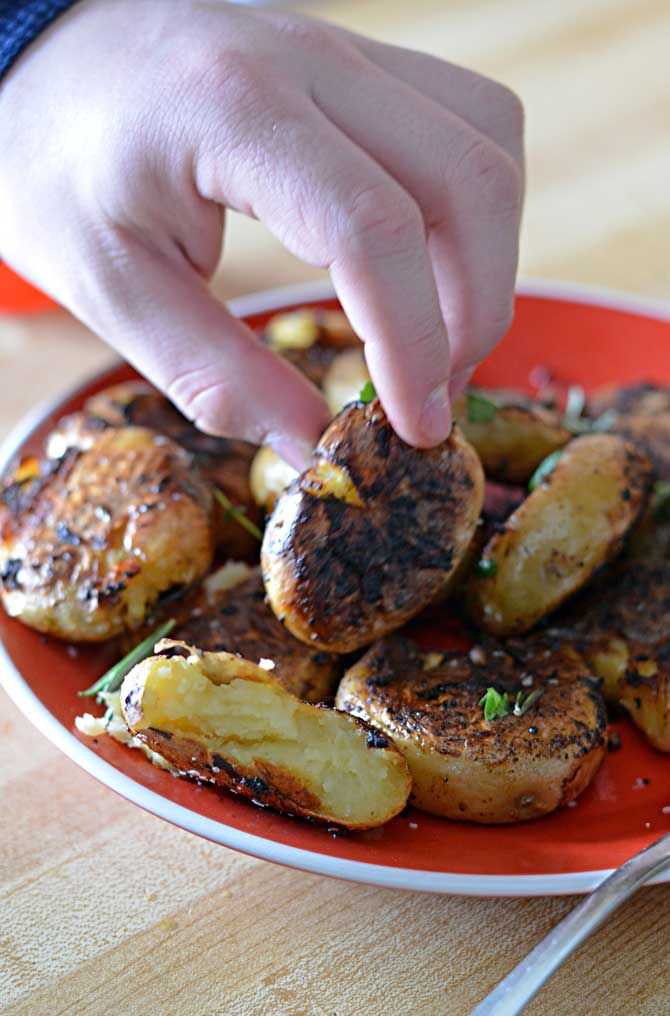 Apparently using a fork would have just been one more step between him and his glorious potatoes, so that wasn’t happening.  They’re almost like classier french fries, so I feel it’s totally forgivable, right?  Anything can be finger food if you’re determined enough.

Give these a try and let me know if you love them as much as we did.

If you do, then that’s great!  If not, oh well…  I guess you’ll just have to give me EVERY LAST BIT OF YOUR DELICIOUS LEFTOVERS.