It’s easy to rekindle our love with a lot of things this time of year: (most) Christmas music, twinkling lights, super thick sweaters, and, of course, our crock pots.  With the holiday hustle in full force, I typically have a tendency to neglect my home cooked meals and I really don’t think I’m the only one.  I mean, we’ve got enough time commitments on our plates that we can’t even fathom piling food on them too!  That is, until we remember the crock pot we have sitting in the storage closet.  It’s the time of the year for that baby to shine. 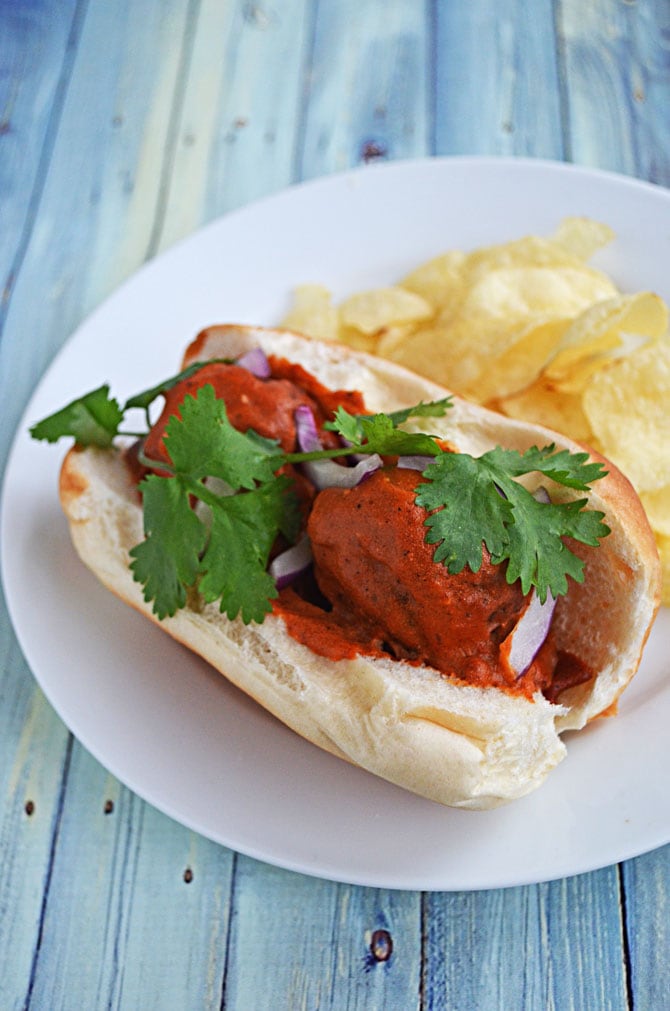 I’ve been craving Chicken Tikka Masala lately, but as anyone who has ever dabbled in Indian cuisine is well aware, it’s not very easy to whip up.  (Or maybe it’s just me?)  Tikka Masala just is one of those recipes that I’m always dying to make, but I don’t actually want to go through all of the steps to make it.  There’s the toasting of the spices, and the chopping of the veggies, and the marinating of the meat, and the cooking of the chicken, and the stirring of the sauce, aaaaand I’m boring you.  Well, you get the point.  There’s just a lot to do.

But like I said, I still have been craving Tikka Masala, and when I’m craving something, I don’t waste any time.  I decided to simplify a few of the steps and suddenly the British-Indian classic seemed somewhat easy to make from my tiny American kitchen.  Victory was on the horizon. 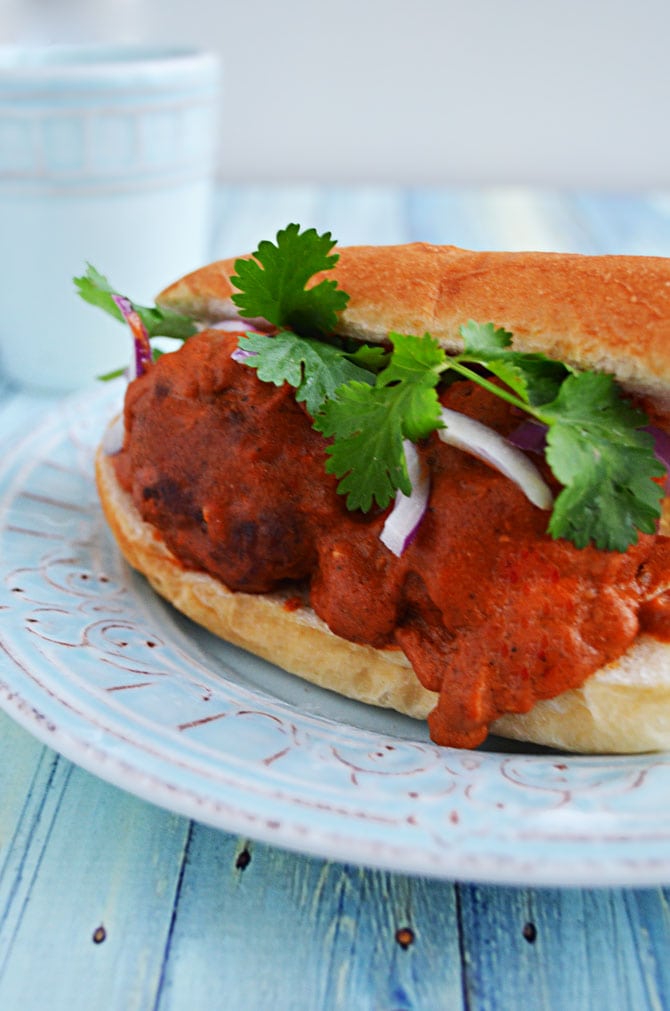 Because I like to live dangerously, I made meatballs instead of using the typical chicken thighs.  Chicken Tikka Masala Meatball Subs sounded like they’d be pretty much the greatest thing to ever grace my taste buds, and honestly, they were up there on my list.  I mean, say it with me– Chicken Tikka Masala Meatball Subs.  If your mouth isn’t watering yet, it might be broken.

And don’t worry.  You can still wrap it all up in naan if you’d like!

Now I’m going to be honest, when you make things in the crock pot, they never wind up as amazing as the authentic restaurant versions.  Still, I have to say, this was a surprisingly tasty alternative.  Plus, I was able to make the meatballs in the morning and throw them in the crock pot with the beginnings of the sauce, let it all simmer while I was at work, and come home to dinner waiting for me.  Oh, crock pot, how do I love thee?  Let me count the ways… 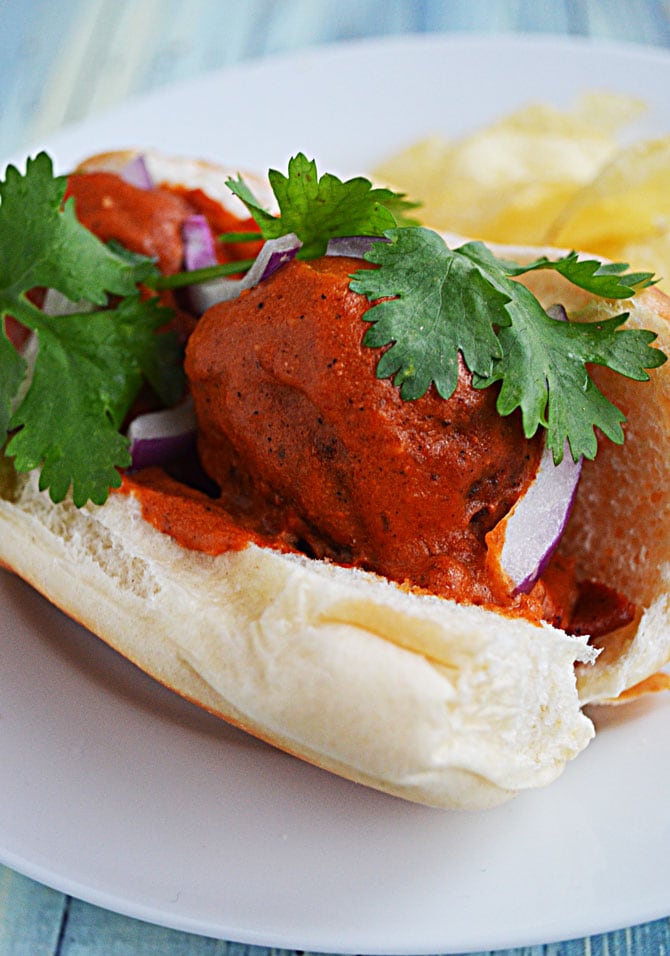 Whether you’re making this for yourself, your family, or a party, they will be a hit this season and don’t require any stress!  If you want to reduce the fat in the recipe, try using turkey for the meatballs instead and switching out coconut milk for the heavy cream.  It will affect the taste slightly (so make sure you like coconut) but no matter which way you spin it, it’s delicious!

This recipe uses gingery chicken meatballs and the slow cooker to make Chicken Tikka Masala like you’ve never had it before! Tikka Masala Sauce adapted from Table For Two