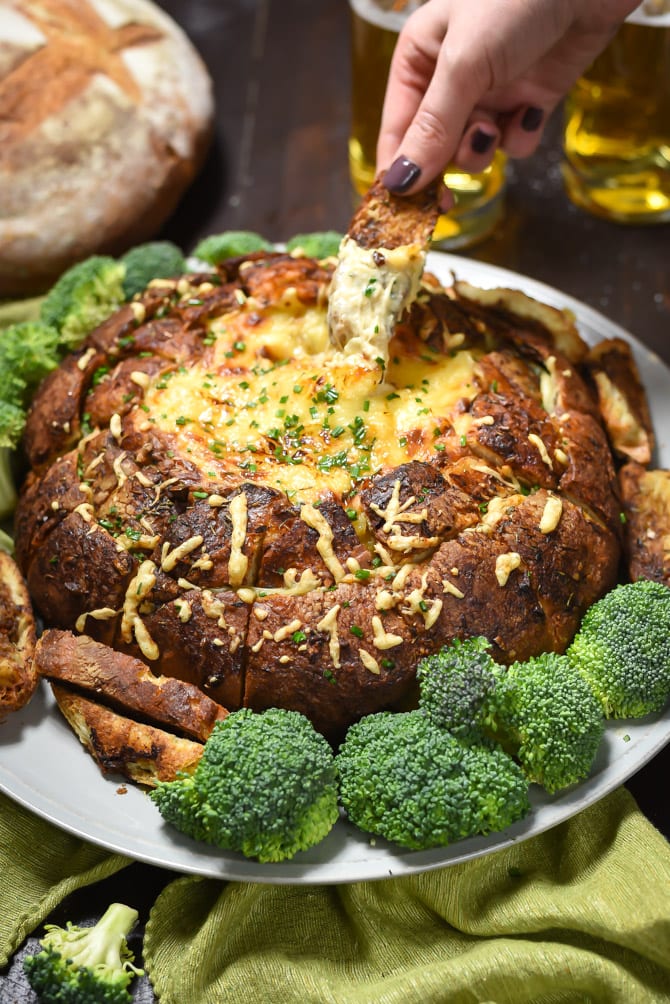 I’ve talked a few times on here about how, after 5 years of coming up with recipes, it becomes a little hard sometimes to dream up something that’s genuinely new and exciting. I mean, it’s just inevitable, right? And when that happens, I’m not ashamed to admit that I take the easy way out. I look back into my old favorite recipe posts– the ones that I’m so hung up on that I’ve made them about a billion times– and I try to mash a couple of ideas together and see what sticks.

Well, my all-time of all-time favorites definitely include a couple of recipes that I made for last year’s Super Bowl: Bacon Beer Cheese Bread Bowls and French Onion Beef Sliders. 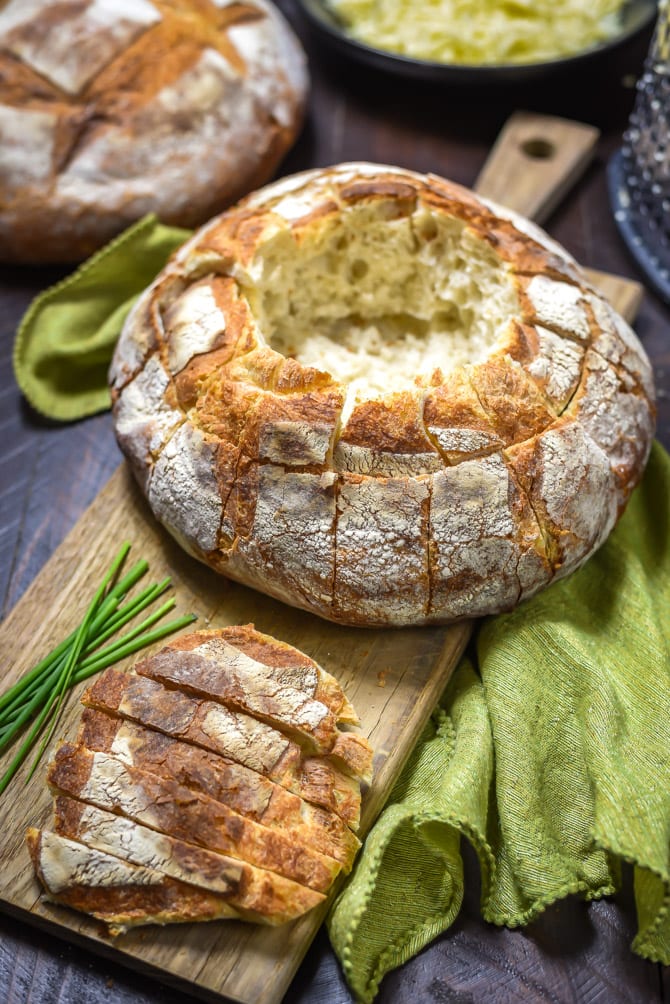 It only took a few moments of flipping between the fonduey-filled cob loaf and the caramelized-onion-loaded sliders to realize that this year, I absolutely have to make french onion dip. Not the refrigerated kind that you get from the supermarket– you know, the kind that’s made with mayo and sour cream? Not that. I’m talking about a dip that really captures all of the flavors of french onion soup: the sweet onions, the gooey melted gruyere, the beefy bread, the richness… 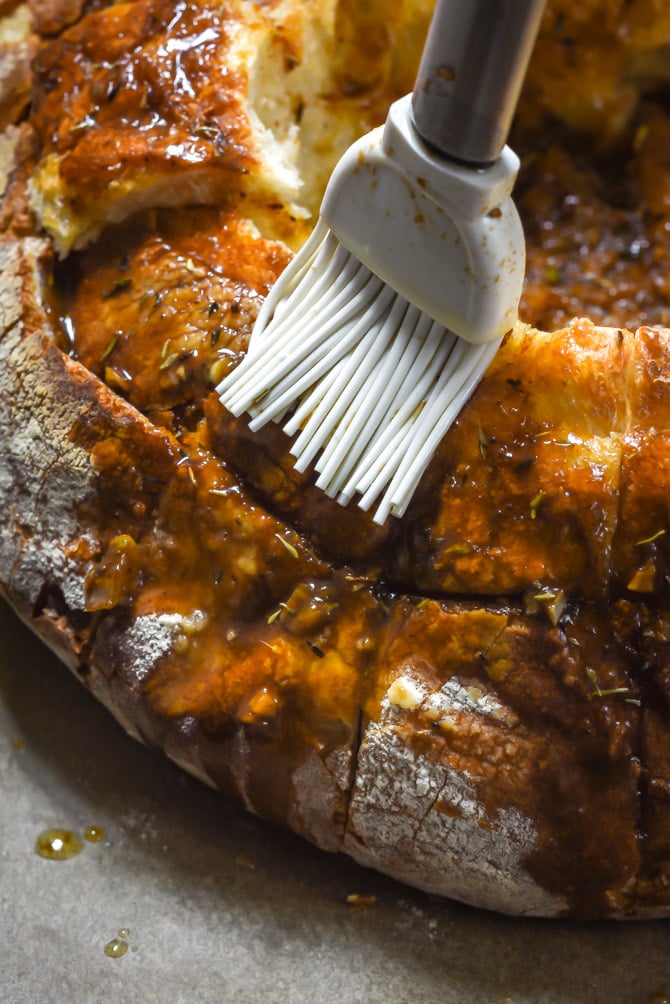 And I wound up with a French Onion Blooming Bread Bowl.

It should be no surprise that I’m OB-SESSED with this bread bowl because I have quite the track record of popping out french onion recipes around here. But you guys. Can I even put into words how amazing it is to rip off a piece of boule bread that has been brushed with a beefy, garlicky butter mixture and dunk it into a flavor-packed pool of melted cheese? I can’t. I guess you just have to try it for yourself. 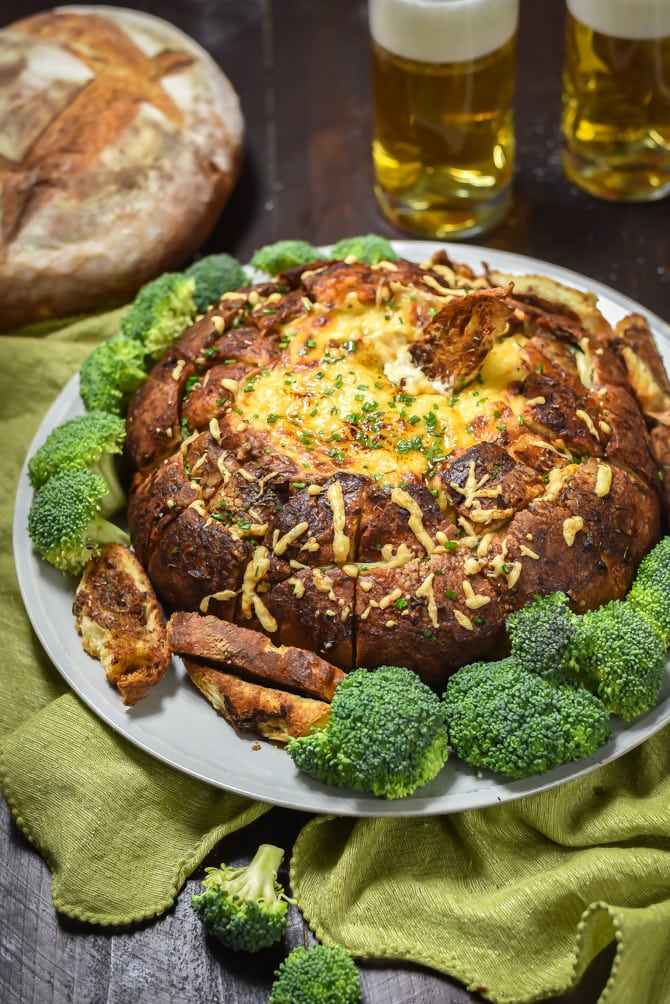 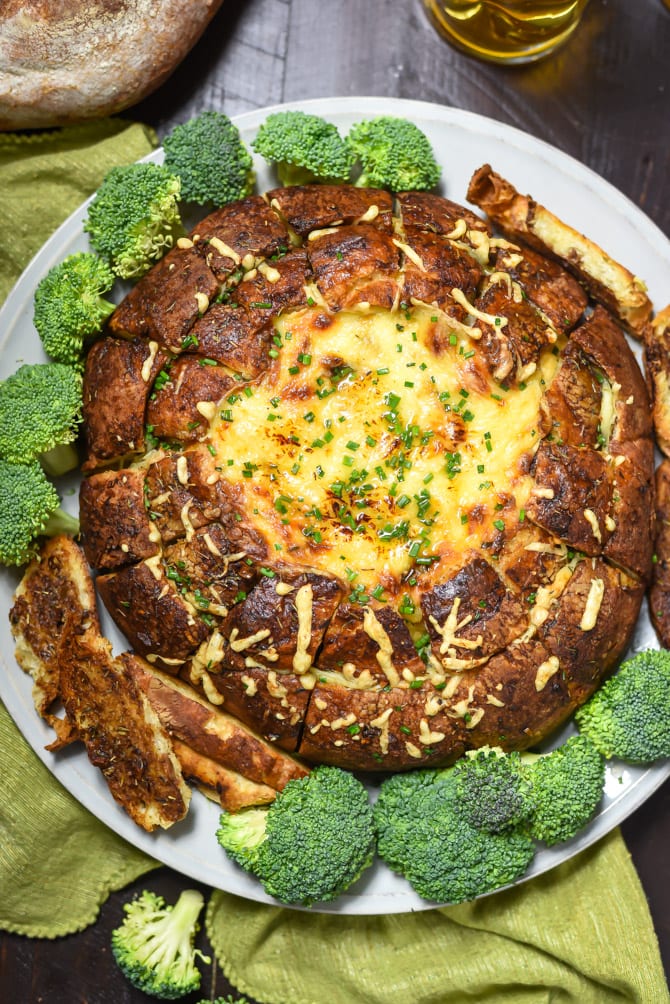 There might seem to be a lot of steps when making this French Onion Blooming Bread Bowl, but it all comes together really simply– that’s one of the things that I love about it! You don’t have to make the fondue on the stove and then pour it into the bread and blah blah blah like so many recipes want you to– you just make the cheese mixture, spoon it into the hollowed out bread center, and bake.

And just in case you’re more of a visual learner (or just like to watch me make the food I post here), here’s a video to help you out.

I don’t think I’ve ever been more grateful for hitting a creative block before.

If the bread bowl is starting to get too dark (keeping in mind that the beef base in the butter will make it brown, of course) cut a hole in the center of a sheet of foil and place it over the bread so that the cheese is still exposed but the bread is covered.