From an outsider’s perspective, one might say that police lights seem to have a comparable effect on me as strobe lights do to an epileptic.  All it takes is one flash of red and blue to get me uncontrollably trembling and flailing, and the cop doesn’t even have to be near me.  I’m not exaggerating; if you filmed one of my panic attacks and laid a music track over it, it would make a fantastic Harlem Shake video. 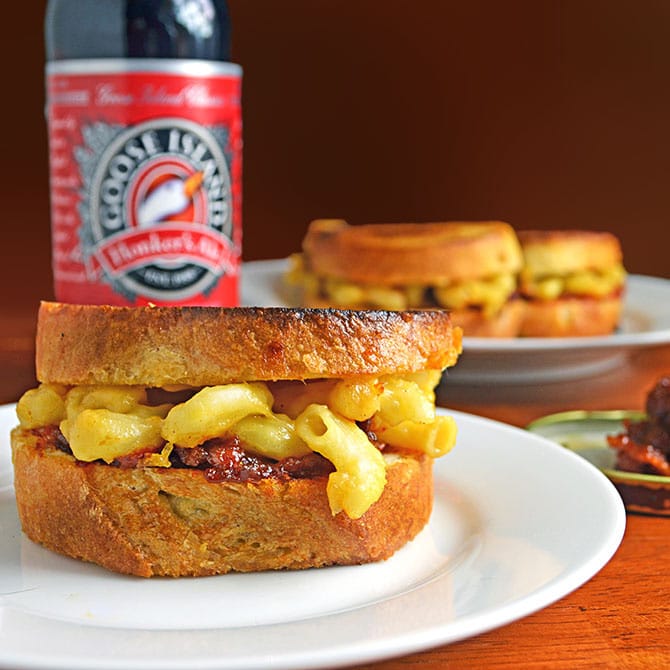 Getting stopped on Wednesday was no exception.

I attempted to simultaneously pull over and pull myself together (which, if you’ve ever had a panic attack, you know is pretty much impossible to do), and I did manage to make it safely to the side of the road.  My mental state, however, was still in hazardous territory, and I didn’t even know what I had done wrong yet.

As I rolled down my passenger side window, a young, blonde-haired state trooper folded his arms and rested himself slightly over the ledge, his elbows sticking well inside of my car.  For a moment, I thought, Okay, he seems calm, and he doesn’t look angry at all.  That has to be a good sign.  Then, I don’t know exactly what happened, but I must have done something spastic, startling, and/or strange because he quickly stepped back and very loudly demanded my license and registration.  Great.

He didn’t ask me if I knew why I was being pulled over.  In fact, he didn’t even make a full sentence.  “Speeding,” he said, as I handed him my license.  I hadn’t been speeding by much, especially for the turnpike, but speeding is speeding, I suppose.  What followed was a whole bunch of awkward back-and-forth with him asking me questions that made no sense to me, like, “How is it?”, me saying, “I’m sorry, sir, what do you mean?”, and him repeating himself, but slower.

“Do you have anything in this car that I should be nervous about, like guns or drugs?”  He really asked me if I had guns or drugs.  I couldn’t make this stuff up.

I immediately laughed.  I didn’t mean to, but the thought of little 5’2” me with a car full of guns and drugs was hilariously strange.  Even more than that, I laughed because I was nervous.  These situations do not end well for me.  Keep in mind, nervous laughter never triggers compassion.

“DO YOU?”  The officer was obviously pissed off now.  I don’t blame him.  I was probably a very aggravating person to deal with at this point, and probably somewhat alarming, seeing as I seem knee-deep in crazy when anxiety gets the best of me. I’m lucky he didn’t order me out of the car.

“No, sir.” Of course, this was true, but I was left wondering who in the world would admit if they did in fact, have guns or drugs in the car?

Not surprisingly, shortly following that conversation, I got my first (and hopefully only) ticket for a moving violation. 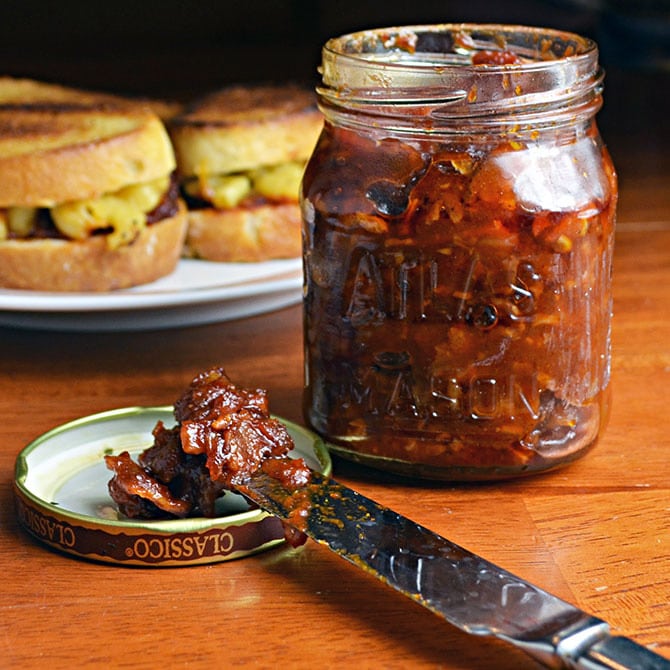 By the time I got home, my nerves were shot.  I needed something to make me feel better– I needed comfort food to the highest degree, and a good beer wouldn’t hurt.  That, ladies and gentlemen, is when I came up with Grilled Mac and Beer Cheese Sliders with Bacon, Beer, and Tomato Jam.

At least one good thing (well, technically two, if you count the jam separately) came out of that experience.

By the way, use this jam on burgers.  You will be a happier person for it.

What is there to say about this besides that it’s the most amazing combination of foods all in one tasty little slider? Remember, a large amount of the cook time is for the Beer, Bacon, and Tomato Jam, but that can be made a day ahead of time.

For the Mac n’ Beer Cheese:

For the Bacon, Beer, & Tomato Jam: