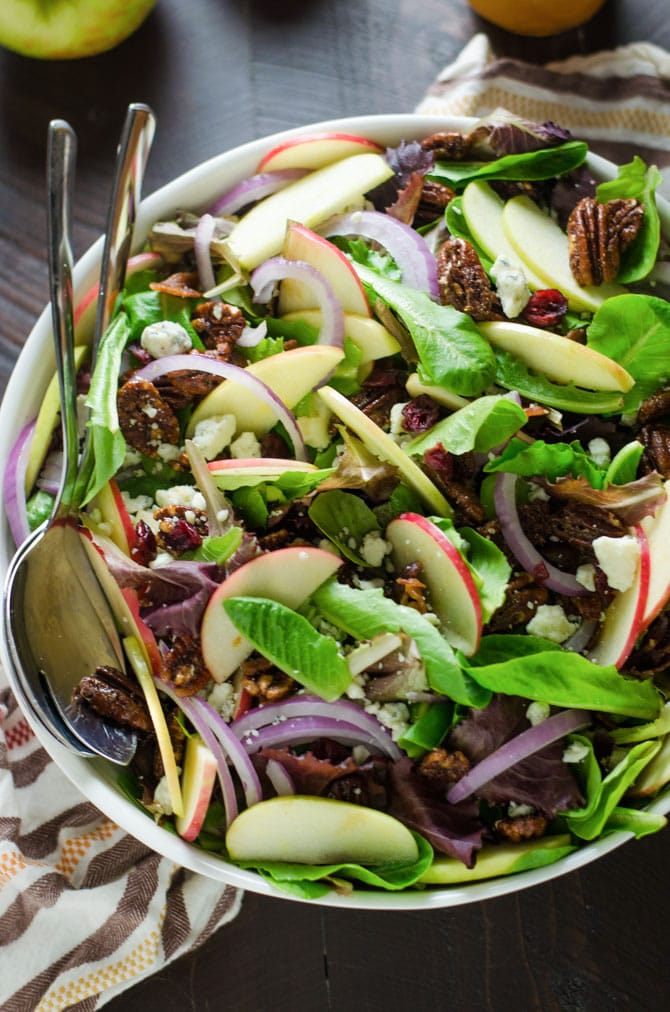 Did you have a fun weekend? Yeah, I’m really asking– you can tell me all about it in a comment or message me on facebook or get at me on twitter, which I am making a goal to actually use. Or we can just have a faux-convo and fake bond, whatever works for you. We’ve got to make a point of it to at least imaginarily keep on top of each other’s lives, you know, if we’re gonna be pretend-or-actual-real-life-friends here.

How about my weekend? How sweet of you to ask, make-believe other half of this conversation. It was lovely. I went to the city –that’s New York City, if you’re not from this area– on Saturday for my friend Emily’s birthday. We walked around Central Park, stopped in a couple of stores, and enjoyed a bottomless brunch that featured an insane amount of tasty Mexican food. I’m talking dish after dish of cheesy, spice-loaded deliciousness that was so worth the two hour journey to get to the restaurant. I didn’t expect any less, though. Emily is like a scenthound for good food; The girl never lets me down. 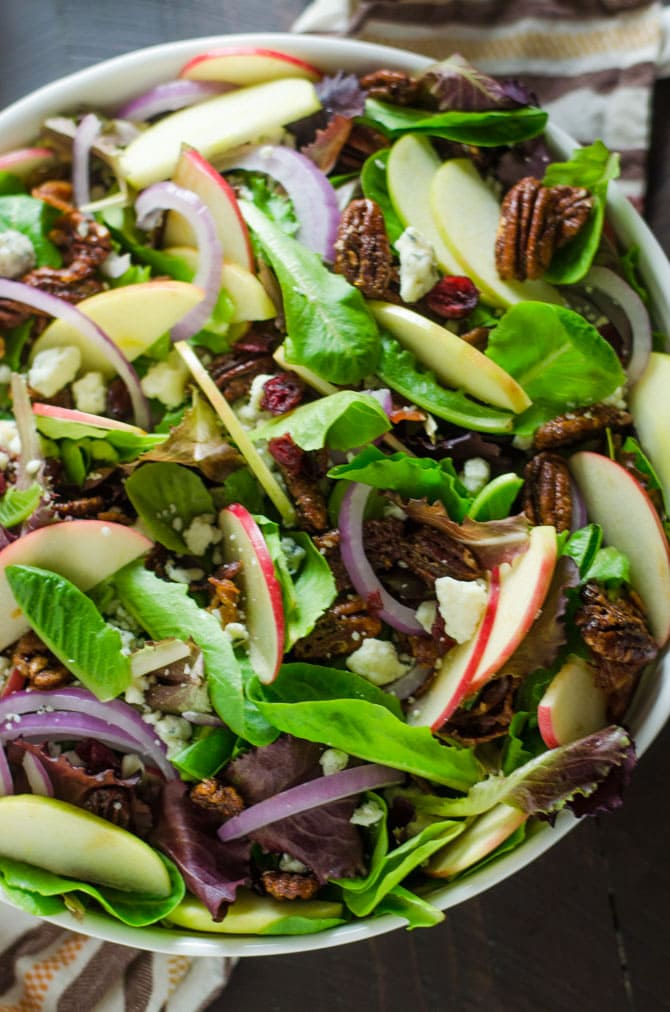 Which briiiiings me to this Honey Crisp Apple Salad with Cider Vinaigrette. Emily introduced me to this salad when we went out a month or so ago for Happy Hour. I was deliberating over the menu, torn between a personal pizza, oven-roasted chicken wings, and cheesy garlic bread when Emily said, “Sure, that all sounds good, but let me just talk to you for a second about the salad.” And I was basically like get out of my face with that nonsense because I am HUNGRY and want to fill my stomach with terrible decisions. You know that feeling, right?

But somehow, eventually, she convinced me to order it. And now here we are, because that salad was so damn good that I had to make it myself and share the recipe with you.

This Honey Crisp Apple Salad with Cider Vinaigrette may sound pretty unassuming, but it’s actually a flavor explosion. It makes you feel like you’re getting away with something naughty. I mean, there you are, just eating your fruits and veggies like a good grown-up, while unbeknownst to onlookers, your taste buds are in a state of ecstasy. 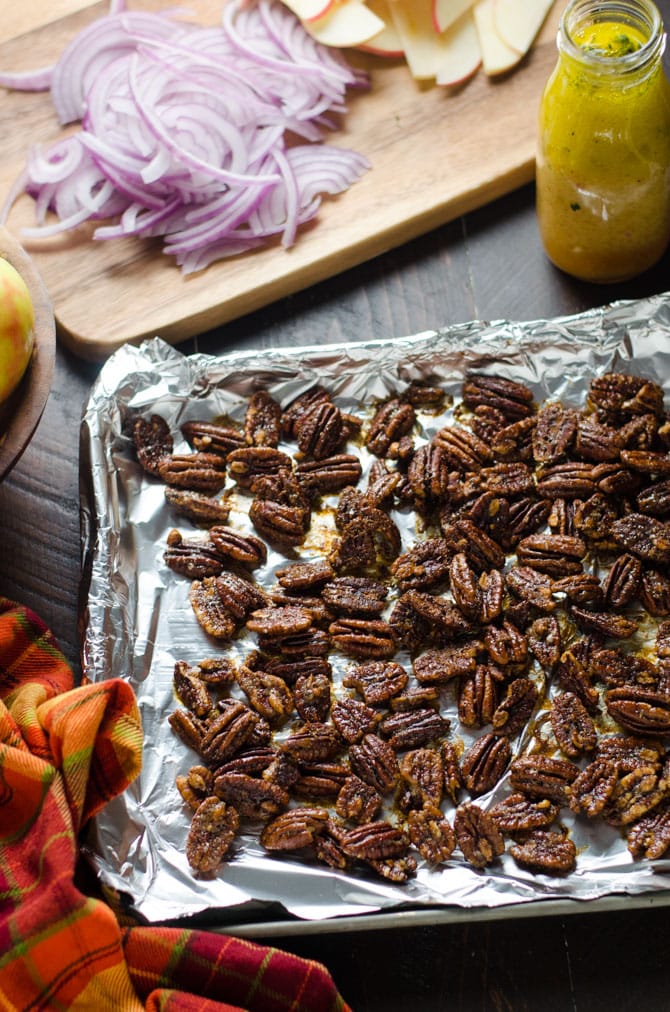 There are so many vibrant, contrasting flavors and textures in the salad mixture:

And then when you add in the dressing, maaaan are you in for a treat. 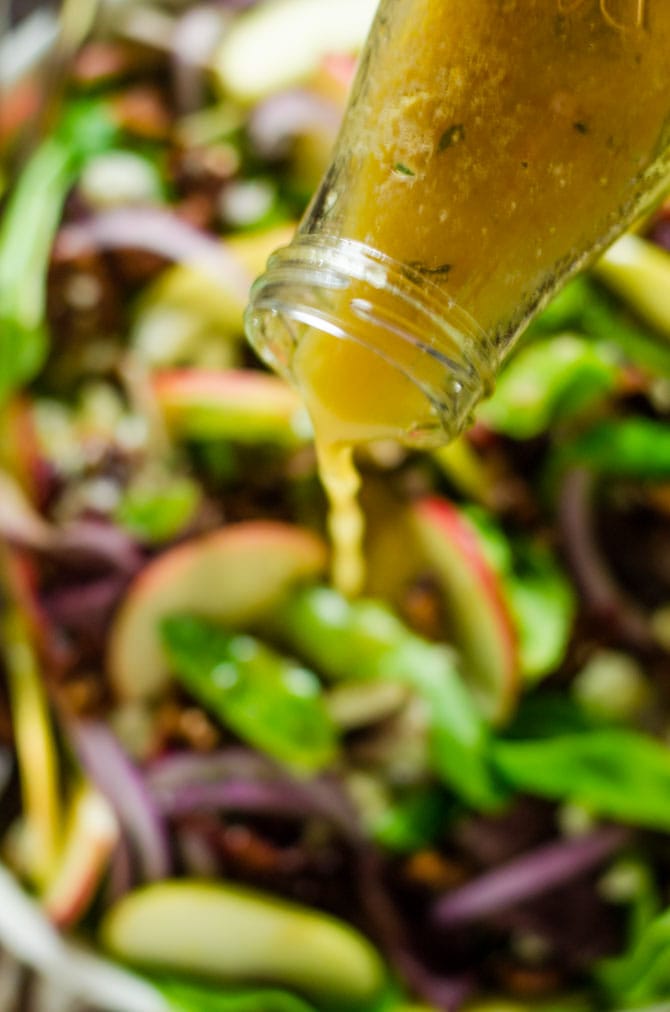 Now, the apple salad would be great with balsamic vinaigrette, if you’re so inclined, but this Cider Vinaigrette is honestly too good to pass up. It’s made from apple cider vinegar, apple juice concentrate, and olive oil, with a bit of dijon mustard, shallot, garlic, thyme, and of course salt and pepper. It’s bright and zesty, and isn’t lost against the bold flavors of the salad– but it doesn’t overpower them, either. It’s all about balance, baby. 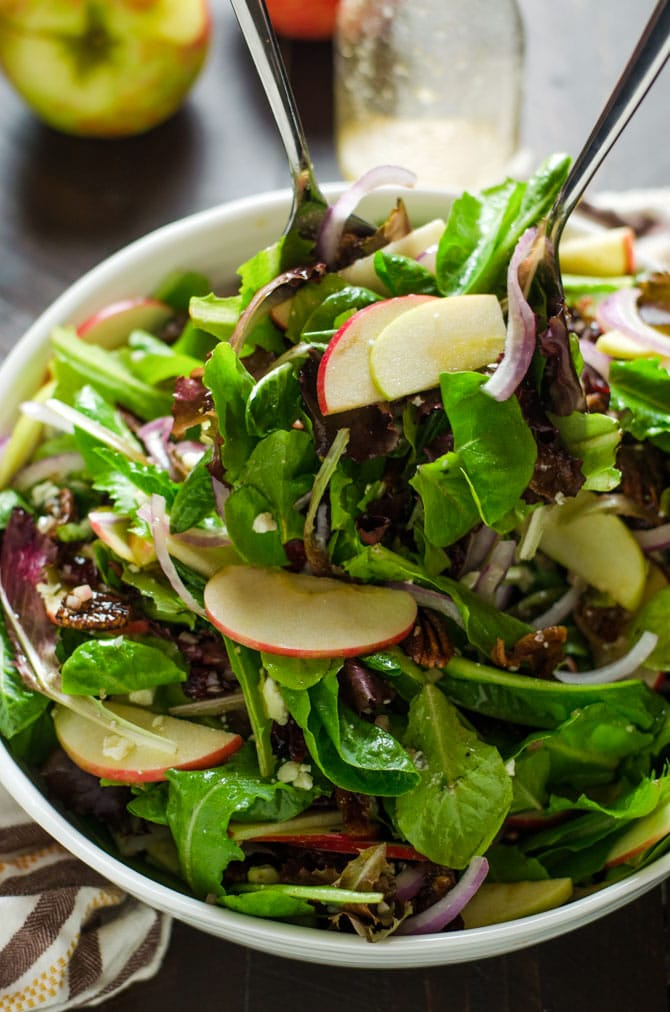 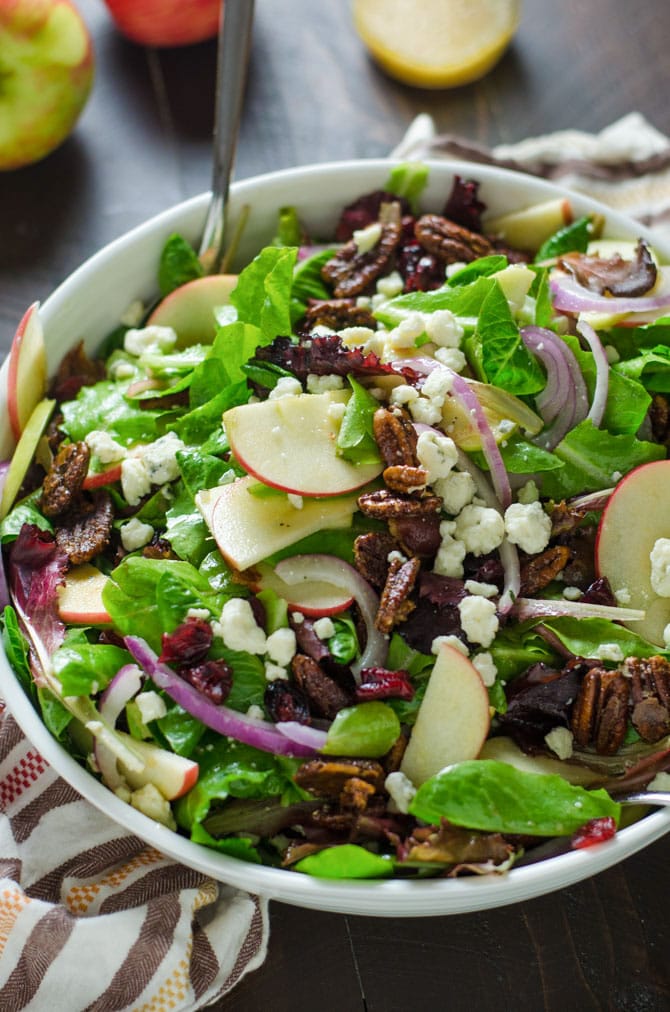 My mouth is actually watering writing about this salad right now. How about we both head to the kitchen ASAP and toss together a bowl of Honey Crisp Apple Salad with Cider Vinaigrette to enjoy? I think it sounds like a glorious plan.

I’ve already taken plenty of pictures of mine, but I want to see what your salad winds up looking like! Take a photo and tag #hostthetoast on Instagram so that it shows up on the You Made It page. Then go ahead and chow down.

For the Candied Pecans

For the Cider Vinaigrette: