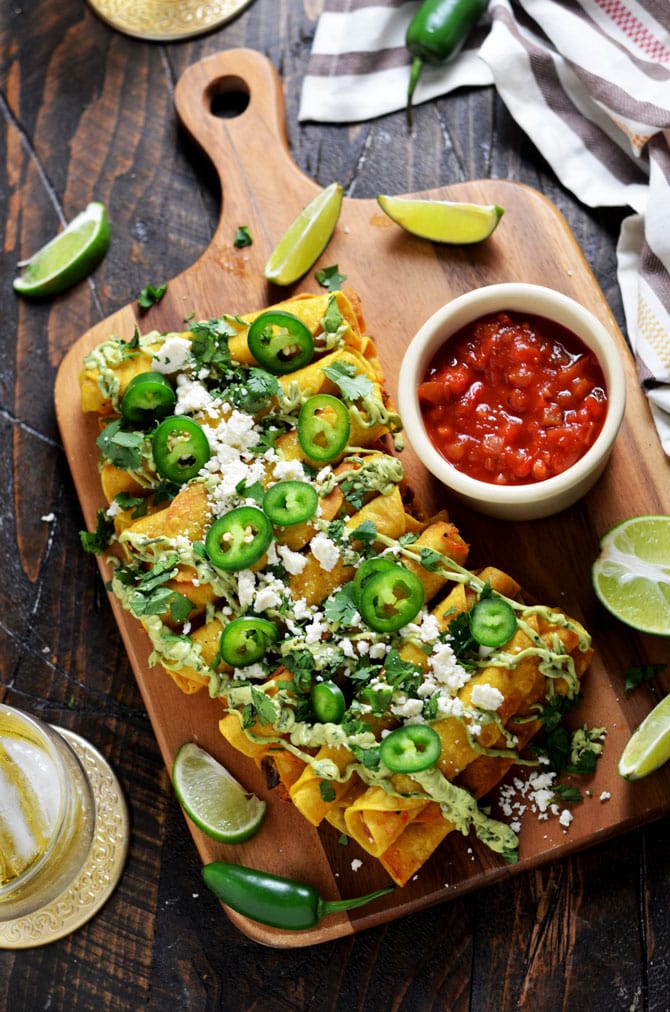 I originally made these Jalapeño Popper Chorizo Taquitos with Creamy Avocado Sauce to prepare for my Cinco de Mayo / birthday party. I figured I could make them now, freeze them, and be ahead of the game for once. 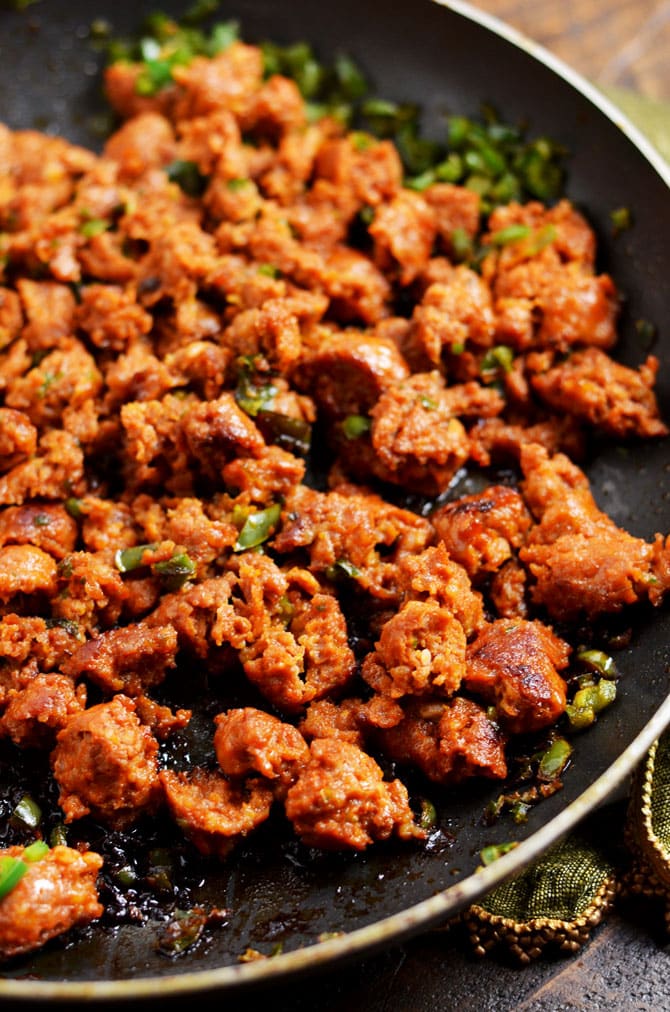 That was the plan, though, at the beginning. Things derailed pretty quickly when I made the huge mistake of tasting one before I was going to wrap the remainder up to be frozen. And then, because I’m not some wicked woman who flaunts tasty food in people’s faces and doesn’t let them eat any, I offered one each to James and Mike. And, well, next thing I knew, half of them were gone.

These things tend to happen when we really enjoy a recipe in this house.

It’s so incredibly simple but I’m telling you, I could eat it on anything that had even the slightest hint of Mexican influence, and I’m pretty positive you’ll feel the same way. 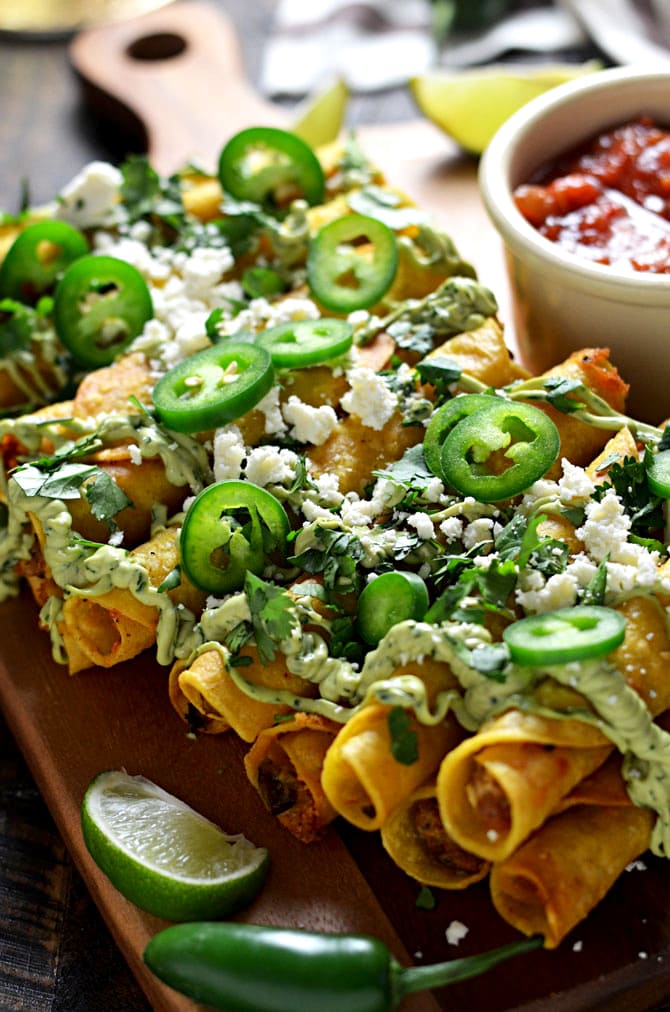 If you’re going to make these ahead of time and then freeze them, you’ll want to do it before you pile on all of the toppings, though. Some things just don’t freeze and reheat as well as others, so save the sauce preparation, boat load of chopped cilantro, and crumbled cotija for after you’ve reheated these little guys.

I like to make taquitos ahead of time for parties (obviously) or late night snacks, but to be honest they also work for dinner. Really, taquito just means “little taco”, and we eat tacos for dinner all the time. Why not mini ones, with a side of rice and beans, right?

I’ll take just about any excuse to eat Jalapeño Popper Chorizo Taquitos with Creamy Avocado Sauce all day long. As if I need an excuse. 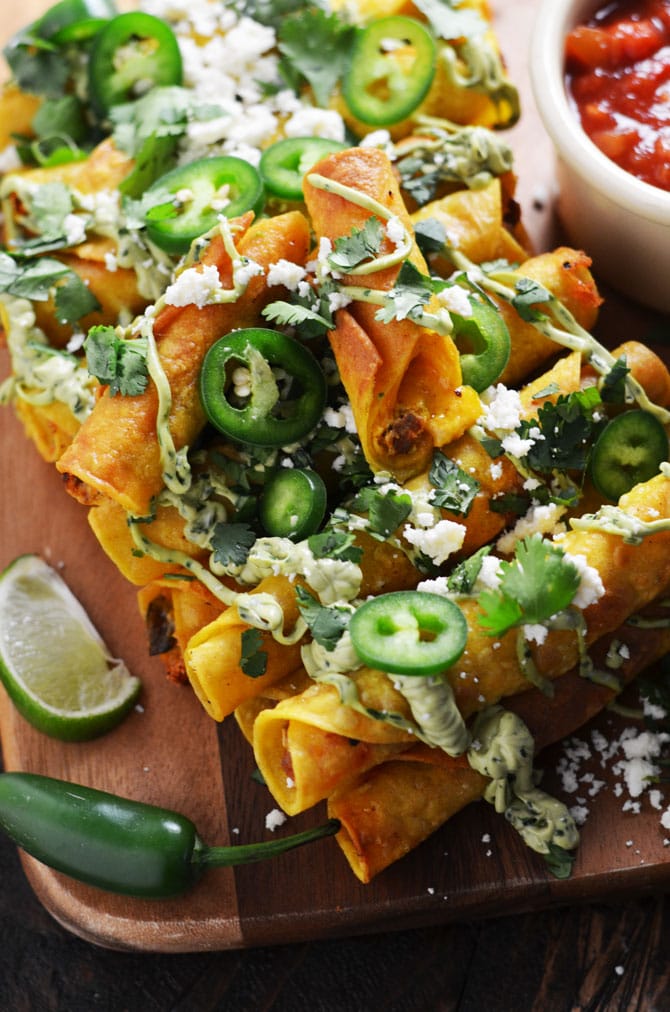 Give these Jalapeño Popper Chorizo Taquitos with Creamy Avocado Sauce a go and see what all of the hype is about for yourself. And while you’re at it, don’t forget to tag #hostthetoast on Instagram or Twitter. I bet you can’t take a picture without trying at least 2 first.

(It’s okay, that’s not a challenge. More like a reassurance that you’re definitely not the only one!)

Still, do try to hold off long enough to at least get a good shot of a few of them, ok? I really want to see!

For the Jalapeño Popper Taquitos:

For the Creamy Avocado Sauce: