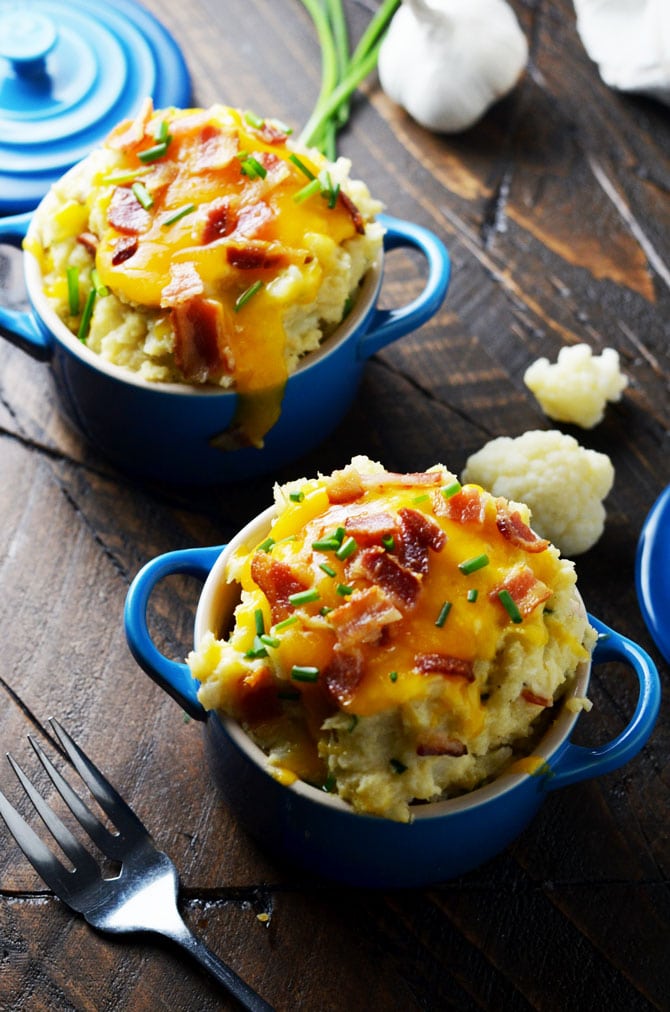 You know what is absolutely disgusting? Cauliflower.

… Said I, 4 years ago. I was a vegetable-lover, but cauliflower, with it’s mild-but-nutty-broccoliness, well it just grossed me out. But then! Then I realized that I’d been doing that whole cauliflower thing all wrong. When prepared correctly, it could be absolutely delicious. It could add extra fiber, vitamins, and antioxidants to decadent Mac & Cheese. It could become the base for a low-carb version of Fried “Rice”. It could take the potatoes out of mashed potatoes and give us healthy Loaded Mashed Cauliflower instead. Yeah, that’s right, you don’t have to feel guilty about indulging in this cheesy, bacon-y, creamy Loaded Mashed Cauliflower. At just 189 calories and 5.5 grams net carbs per serving, what’s not to love? 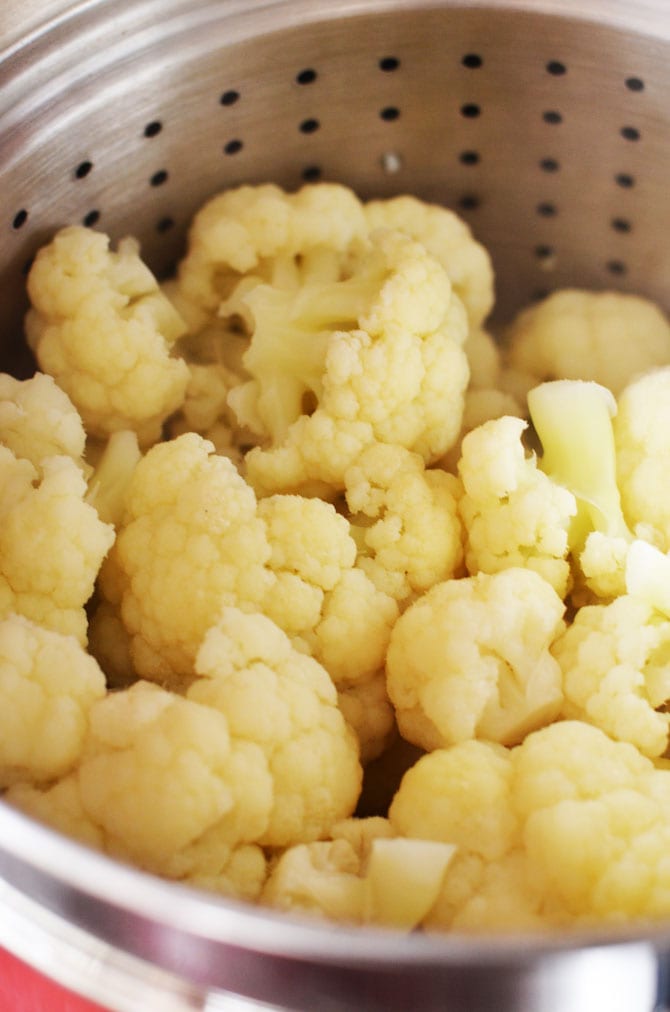 Per 100 grams, cauliflower has less than a third of the calories and carbohydrates of potatoes, but the same amount of protein and fiber. Cauliflower also has about double the calcium and vitamin C. It’s easy to see why one would want to substitute cauliflower for starchy potatoes in a recipe. But what is it that makes the cauliflower taste great when mashed? After all, it could be the healthiest vegetable in the world, but if it doesn’t make your mouth water, then there’s really no point in making it, right?

Like potatoes, cauliflower has a neutral base of flavor. This means that anything you cook with it shines through, so the small amounts of milk, butter, and sour cream are able to make a big impact on richness. However, the cauliflower is not entirely tasteless on its own. It has hints of sweetness, nuttiness, and umami that give it a slight edge on potatoes in the flavor department. In the end, it tastes less like a potato rip-off, and more like a crave-worthy dish of its own. 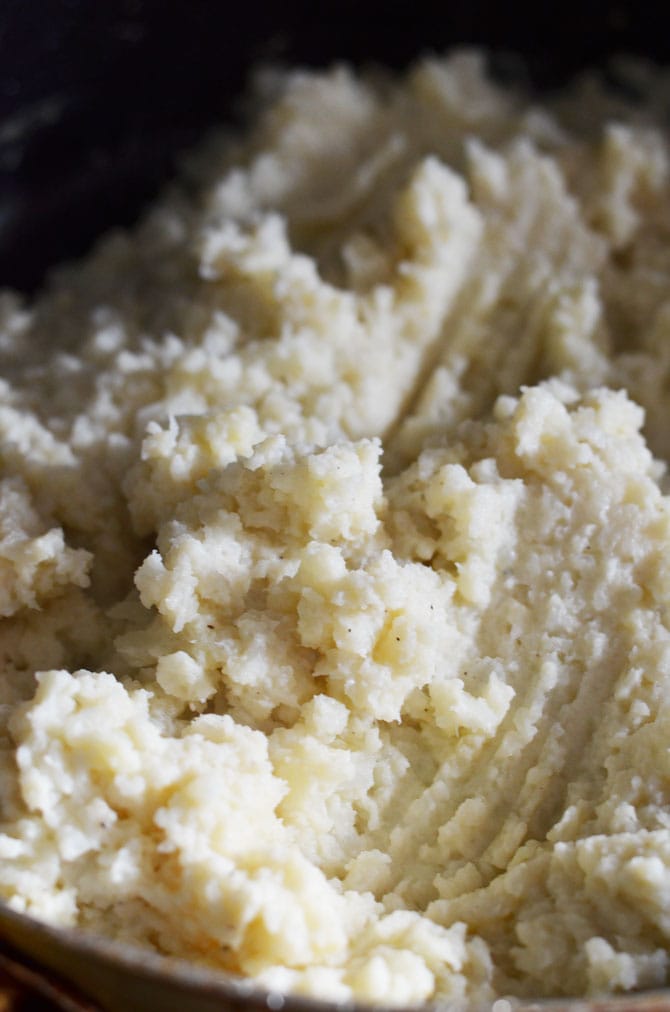 Some people prefer their mashed cauliflower to be entirely smooth, but the texture of fork-mashed cauliflower more closely resembles that of home-style mashed potatoes, so I don’t bother with the hand blender or food processor. Since we boil the cauliflower first until soft, it easily breaks down with a small bit of pressure. With just the garlic, butter, milk, sour cream, salt and pepper, it’s a side dish that your family will rave about. (Yes, even the veggie haters). 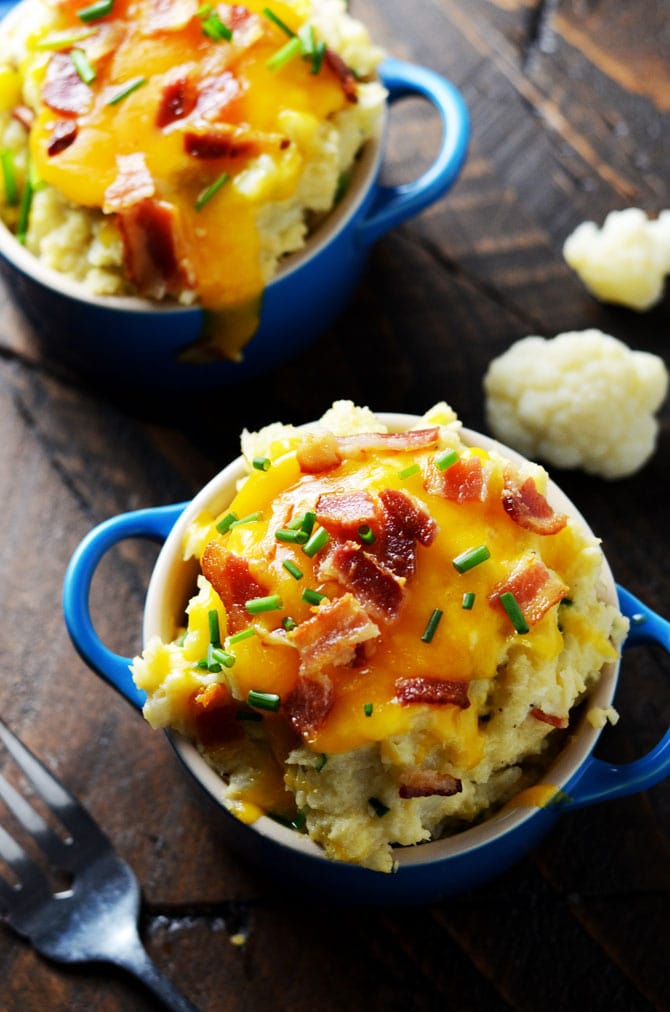 But even though bacon and cheese don’t really fall into the “healthy” category, just a little bit brings meatiness, smokiness, and saltiness that makes Loaded Mashed Cauliflower irresistible, and since the recipe is low on calories and carbs, you don’t have to feel bad afterwards for chowing down. And trust me, you will chow down. 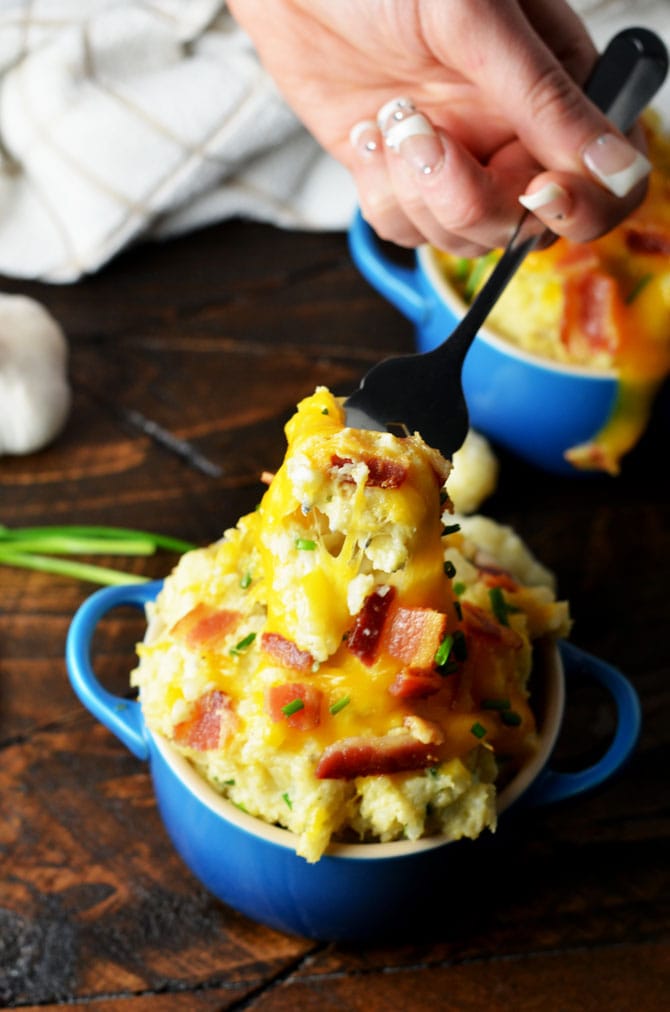 My friend Allie, who has been a taste-tester for some of my favorite recipes throughout the years like Creamy Margarita Popsicles and Crock Pot Kung Pao Chicken, came by to visit as I was whipping up the Loaded Mashed Cauliflower. She must have told me 15 times that she doesn’t like cauliflower as more-than-fair warning, but guess who ate every bite and couldn’t stop talking about how much she loved the recipe? That’s her beautifully manicured hand in the picture above, scooping up a cheesy forkful. 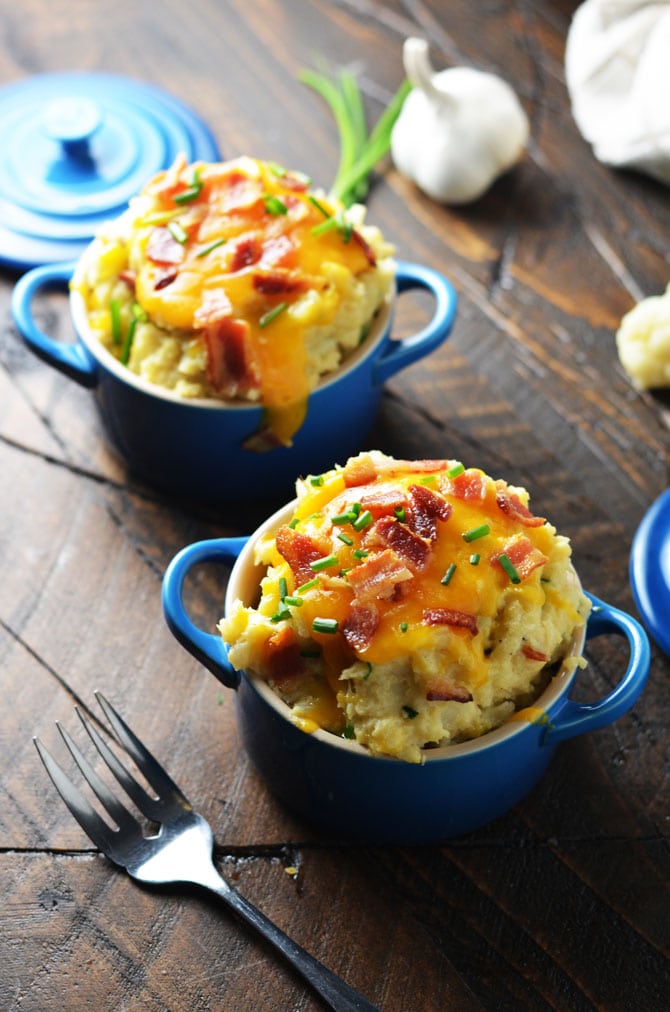 Like I said, cauliflower can be absolutely delicious. Give it a try and see if you agree! Don’t forget to take a photo and tag #hostthetoast on Instagram or Twitter to show off your tasty switch-up!