Magic Mac and Cheese is a no-boil, no-roux, and no-nonsense recipe for the richest and most flavorful baked mac of your life. While its flavor is deliciously complex, its foolproof method is (truly) simple to cook and customize. 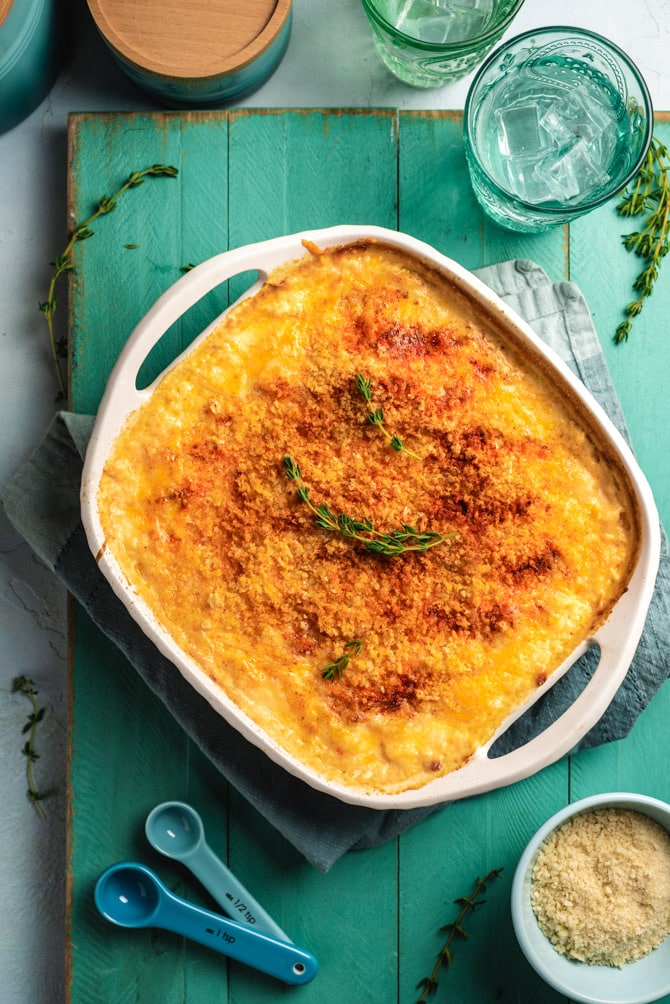 This spring I set out to create the easiest, cheesiest, most satisfying macaroni and cheese recipe of all time. Should I have started the project in the fall? Probably. Because while everyone else was doing #hotgirlsummer, I was huddled over my sink shoveling batch after batch of mac and cheese into my mouth.

…The things I do for you guys.

Anyway, I had high hopes of unveiling “the perfect mac n cheese recipe” in time for Memorial Day Weekend. But anyone who has read my cookie rants knows what a perfectionist I am… and so here we are.

By the Fourth of July, I’d nailed down a version that featured a velvety cheese sauce, a beautifully browned panko topping, and a blend of cheeses balanced for ample flavor and melting power. I served it at a family reunion to rave reviews and its own “yummy dance”, invented by my 6-year-old cousin. But just when I was satisfied the dish was perfect, I stumbled across a NY Times’ Mac N Cheese variation that didn’t require you to make a roux OR boil your pasta, and I was intrigued.

While their version was easier than my original, it didn’t deliver the same down-home flavor or satisfying texture. I spent the rest of the summer reimagining it until I reached peak cheese flavor, control over the level of creaminess, and a ridiculously easy-to-make recipe. Four months later, I’m here to finally deliver on that promise. 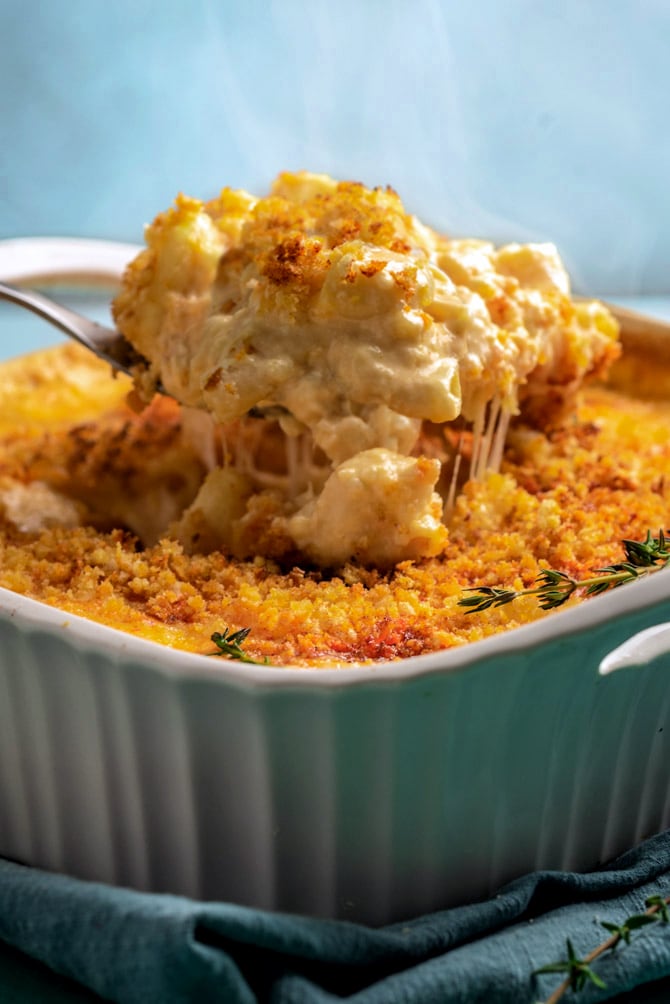 THE GREAT MAC AND CHEESE DEBATE(S)

To get to the bottom of “what makes Macaroni and Cheese great?”, there are a TON of questions with just as many passionate responses. Like the great cornbread debate, it turns out that our mac and cheese tastes (or at least our opinion on what makes a “classic” mac) has a lot to do with our cultural background.

I know this because like I said, I had a lot of questions and set out to answer every. single. one. For instance, should the best mac and cheese recipe be roux-based or custard-based? Should the cheeses be deeply flavorful or mild enough to please picky eaters? Should it have a breadcrumb topping or just bubbly, browned cheese? I could go on all day.

After testing every variable I could think of, these five factors stood out as the most important. So let’s dig in: 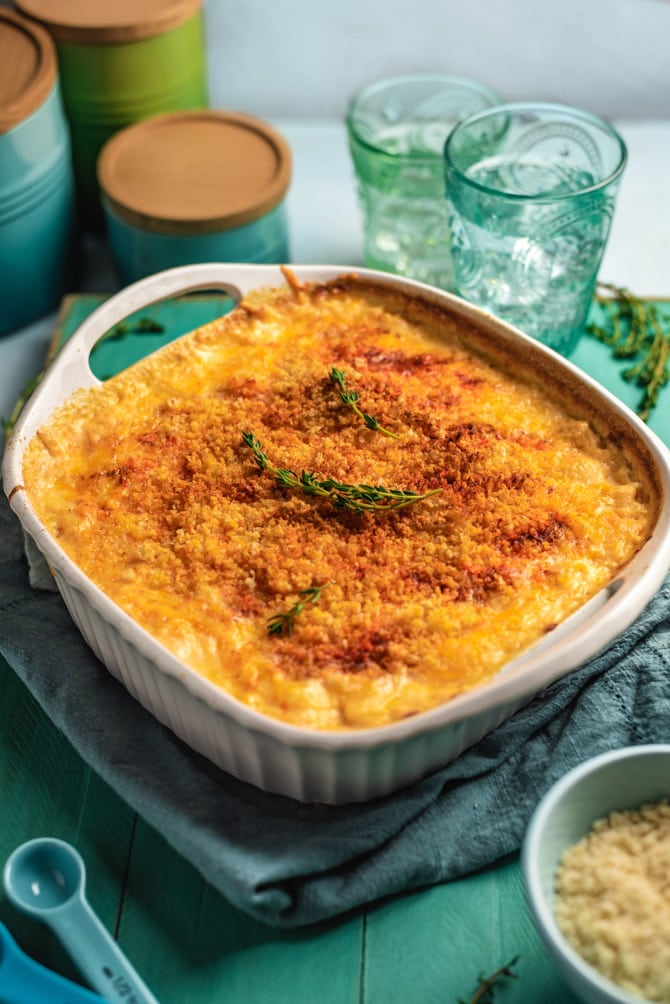 HOW TO MAKE “MAGIC” NO-BOIL, NO-ROUX MAC AND CHEESE

You won’t find a roux or a pot of boiling water anywhere in this recipe. So how does its velvety voodoo work? Luckily this magician is happy to reveal the secret.

Alright, so it’s not really magic, per say, but I think it’s pretty close.

MAKE MAGIC MAC AND CHEESE AHEAD OF TIME

Like with homemade pita, there are a few ways to make this recipe in advance. It depends mainly how far in advance you need it!

There are, however, two big no-nos: 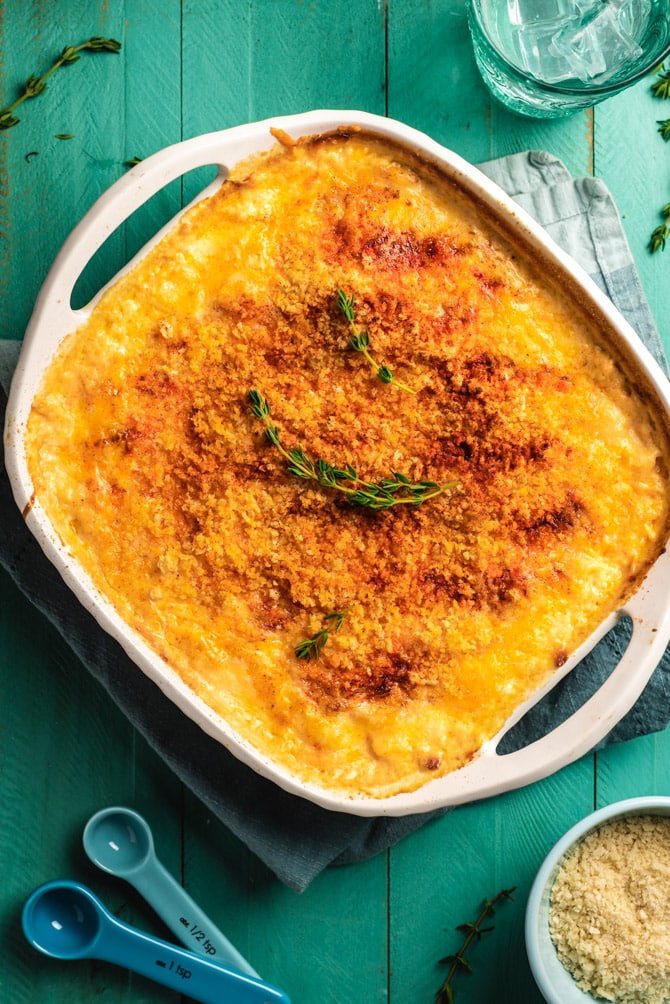 MACARONI AND CHEESE ADD-INS AND SUBSTITUTIONS

I set out to make the perfect classic mac n cheese. It’s a perfect base for you to customize how you’d like with meats, sauces, veggies, or more powerful cheeses:

THE MAGIC MAC AND CHEESE VIDEO