Do you want to know the absolute worst part of being a food blogger?

The WORST part of food blogging is that you almost never have the time to make a recipe more than once or twice. 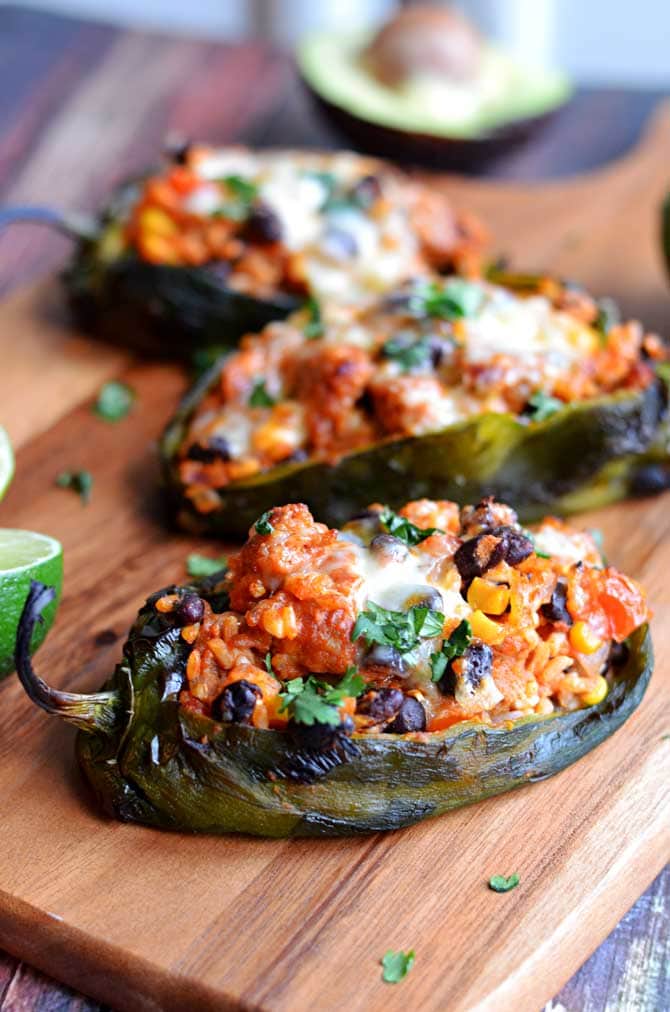 Think about it– you spend all this time coming up with something delicious, adjusting it until it sends your tastebuds on a utopic journey of awesomeness, until you’re so proud of it that you can’t wait to share it with the world (or at least the worldwide web), and then you pretty much never make it again because you’re the “kill two birds with one stone” type and can’t bring yourself to cook anything that takes more than 10 minutes unless it can also be featured on the blog.  Seriously, it’s a lot of cooking.

And you can’t feature something on the blog twice.  Or can you?

I bet you know where this is going.

I made Mexican Stuffed Peppers a little over a year ago, but they didn’t really take off because at the time my photography skillz (yes, skillz with a “z”) were… well… lacking.  As time has gone on, I’ve nailed down my photography style a bit more, and I’ve also grown as a cook.  So why not make them again with some tweaks to make them tastier and more appealing? 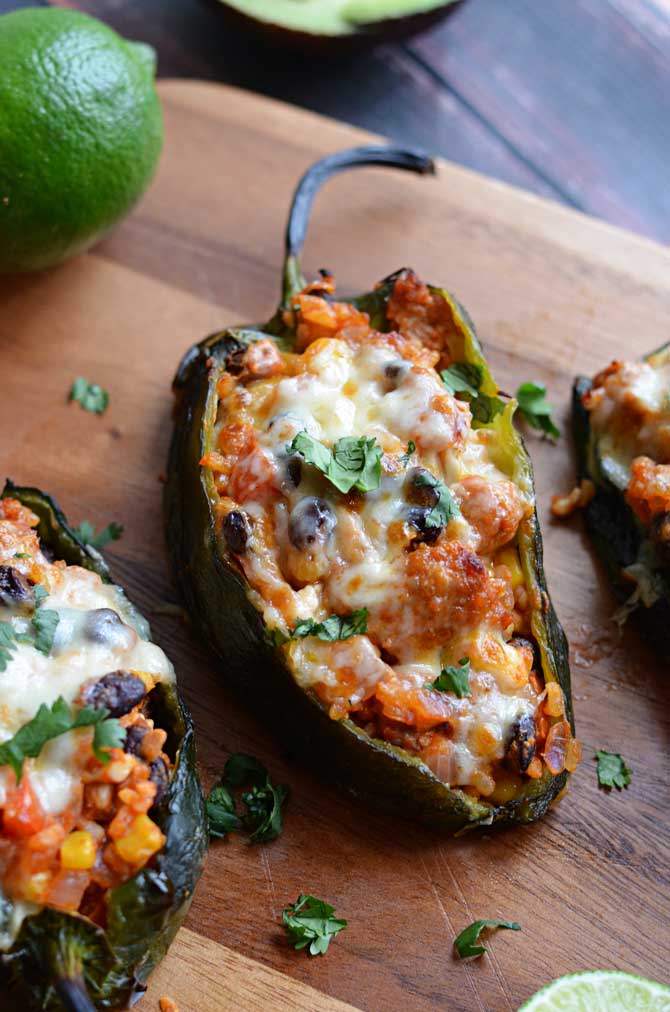 This time, I added in some black beans and corn for a little more flavor and difference in textures, and I peeled off the skins of the peppers because nobody wants to get those stuck in between their teeth.  Yes, I’m speaking from experience.

The first time I made Mexican Stuffed Peppers, I got a huge piece of pepper skin stuck right between my front teeth and didn’t notice it until I was almost ready for bed– after running errands and smiling at people in public, of course.  Very embarrassing, so no more pepper skins for us. 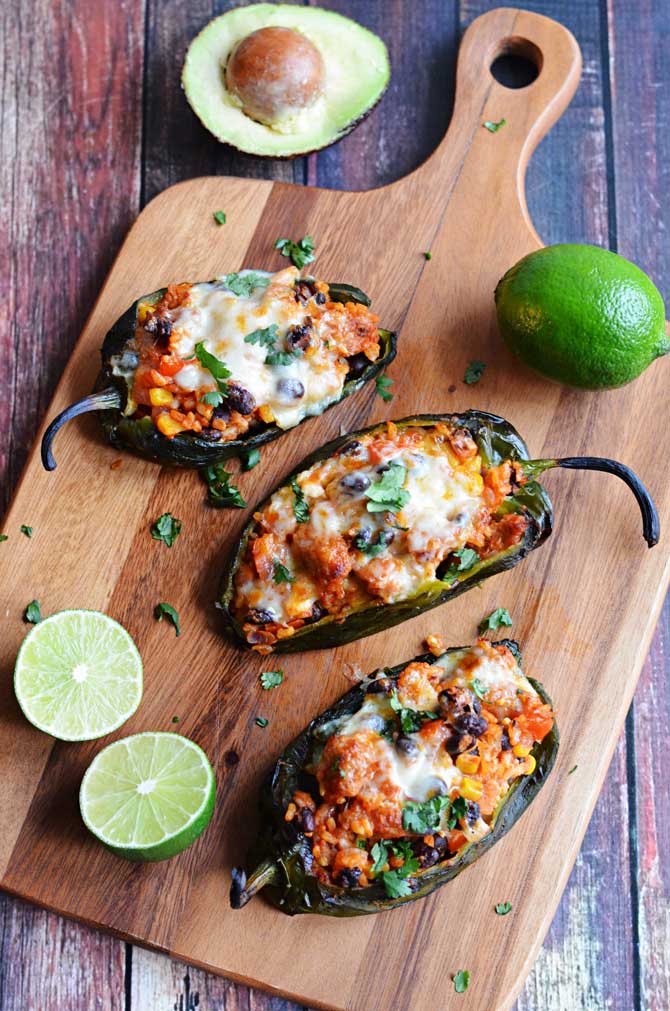 These peppers are smoky, a bit spicy, and, of course, cheesy.  (Because what’s a stuffed pepper worth if there’s no melted cheese involved?)  My family loves them, I love them, and it’s going to be hard to convince myself that I can’t get away with featuring them on the blog 3 times!

Give them a try and see for yourself why I just had to make them again.