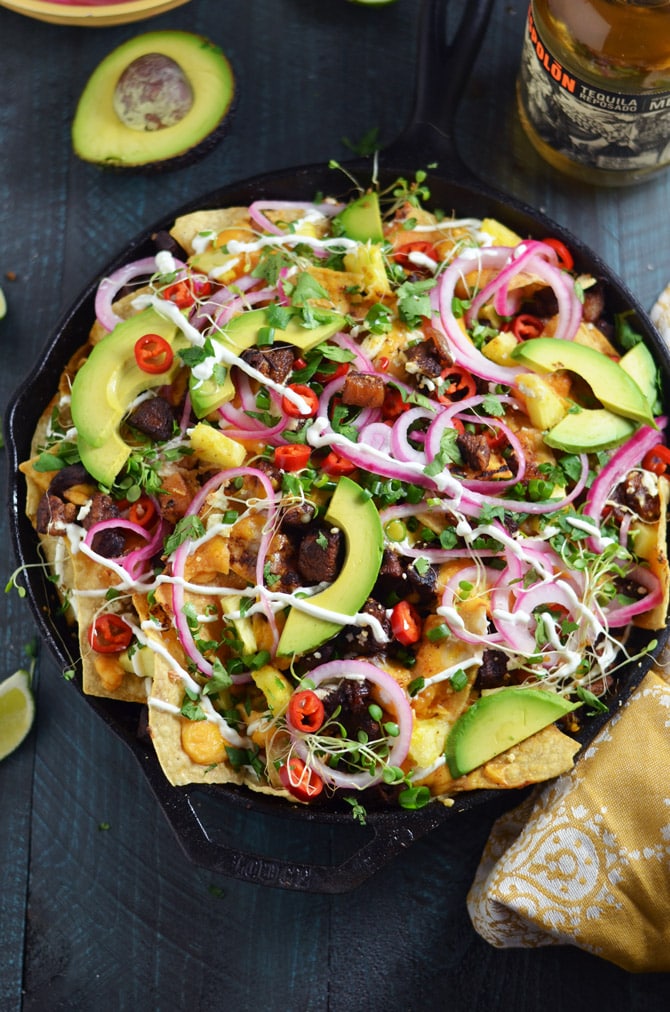 I make no claim to the title of Nacho Elitist; I’ll eat ’em even if they’re microwaved, smothered in fake cheese, and soggy-bottomed– they are nachos, after all. But I do have to say that sometimes you have to splurge a little and do nachos the right way, and yes, there is a right way.  The Right Way™ requires 3 types of cheese (for crumbling, shredding, and queso-ing), plenty of produce (from pineapple to sprouts to avocado), and most importantly, piles of spicy pork. Yeah, doing it right means Nachos Al Pastor, baby. 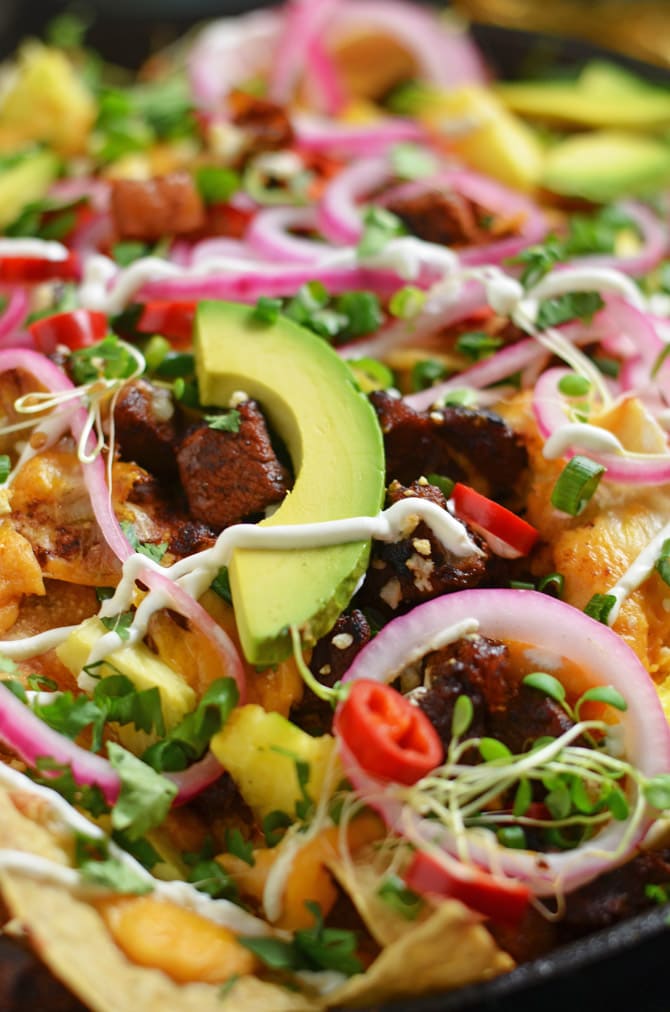 You’ve probably heard of tacos al pastor before, and if you’re lucky (or dedicated enough), you’ve probably eaten them… lots of them. Personally, tacos al pastor are my all-time favorite traditional taco. For those of you who haven’t tried them yet, let me tell you what all the hype is about:

Tacos al pastor are Central Mexican tacos which originated as a result of the influence of Lebanese immigrants. The Lebanese technique of spit-firing meat on a vertical rotisserie (as would be used in shawarma) was readily adopted in Mexico, but Mexicans used a marinade of dried chiles, pineapple, and spices on pork rather than typical Middle Eastern seasonings with chicken, beef, or lamb. Al pastor is typically shaved from the vertical rotisserie (which is called a trompo) and spooned into tortillas in heaps of tangy, spicy, smoky porky goodness.

Unfortunately, I don’t own a trompo, and odds are you don’t either– but if you do, invite me over, PLEASE. 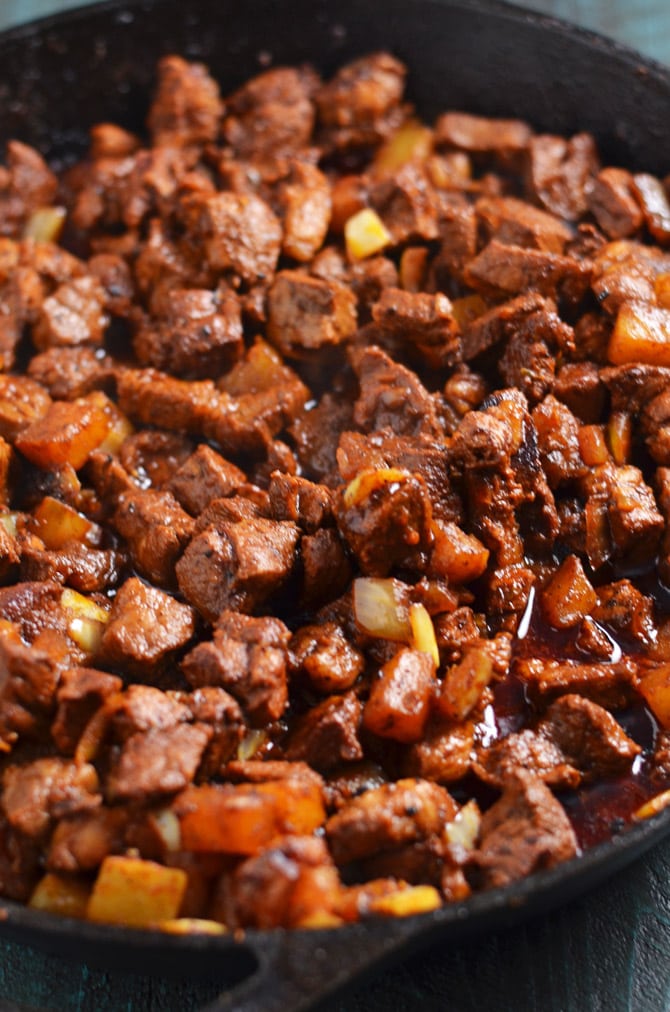 Instead, I cheat and cut my pork into small chunks before marinating and searing it in my cast iron skillet. Is it the exact same as bonafide al pastor meat? No, I won’t even pretend for a second that it is. But it is insanely good none-the-less, and anyone can make it. When I make the meat for tacos, as you can check out in this Tacos Al Pastor recipe, I rehydrate dried chiles for the marinade, which is well worth the effort if you can find them. However, I wanted to make this nacho version a bit simpler (and leave myself more time for makin’ some queso), so I subbed in ancho chile powder and upped the amount of chipotle chiles instead. Don’t worry, it’s still crazy delicious, despite being not-so-traditional.

Once I have the pork covered, I move on to that queso I keep on mentioning. I toss cheddar cheese with cornstarch, which prevents the melted cheese from breaking or getting grainy. Then, I melt the starched cheese in a pot with evaporated milk, which creates a smooth, velvety, creamy cheese sauce that is perfect for nachos. 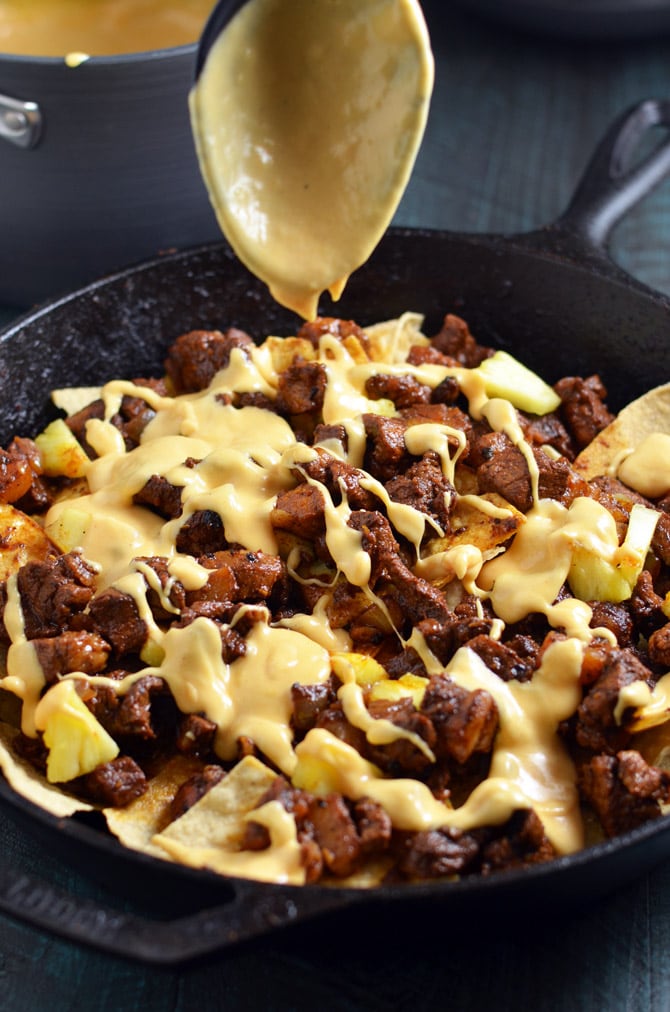 I like to put my nachos together in layers, so that there are no bare bites. I place a third of the nachos at the bottom of a cast iron skillet, and top generously with pork, fresh pineapple, crumbled queso fresco, shredded pepper jack, and the cheddar cheese sauce. I repeat until all of the layers are assembled, and then pop it into the oven briefly to melt the shredded cheese, warm everything back up, and get it all toasty on top.

Now, if you’re not a perfectionist, feel free to eat the nachos just like that, and I promise that you won’t be disappointed. But if you’re anything like me and you want your nachos to be crazy-over-the-top tasty, then you’re not quite done yet. I like to top my nachos with quick pickled onions and spicy red pepper slices, avocado, sprouts, green onion, cilantro, and a drizzle of sour cream. I highly recommend all of them. 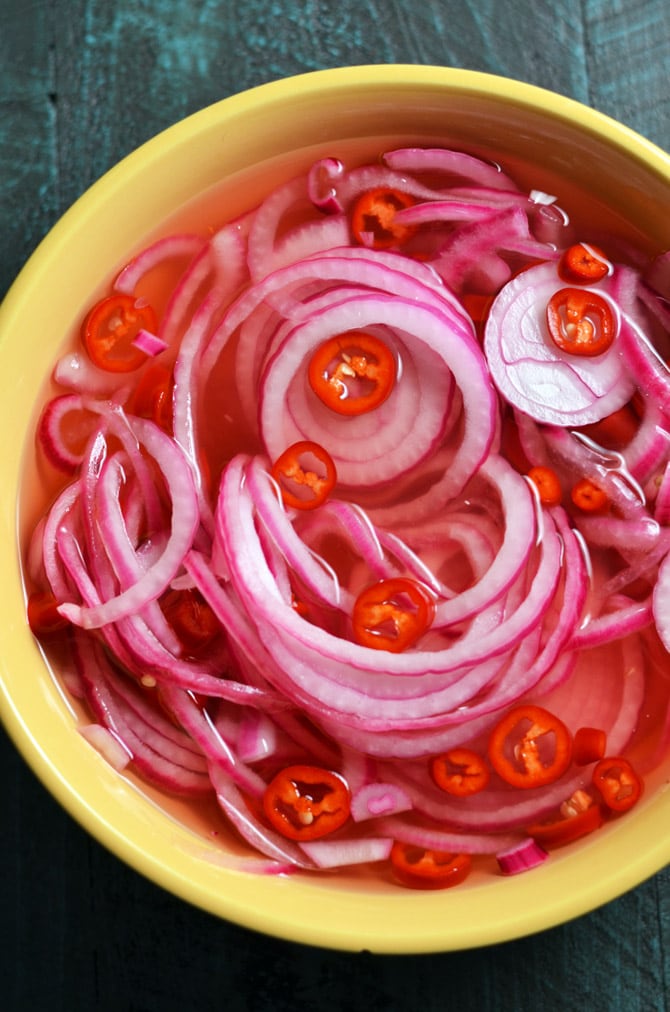 Oh yeah, the quick pickles– I almost forgot mention those. All you need is a red onion, a couple of hot red finger peppers or jalapenos, apple cider vinegar, sugar, and salt. Combine that all in a container with 1 cup of water and let it sit for at least an hour, and bam, you’ve got quick pickles for all of your nacho needs.

I save the extras for topping tacos, pulled pork, and burgers, too. 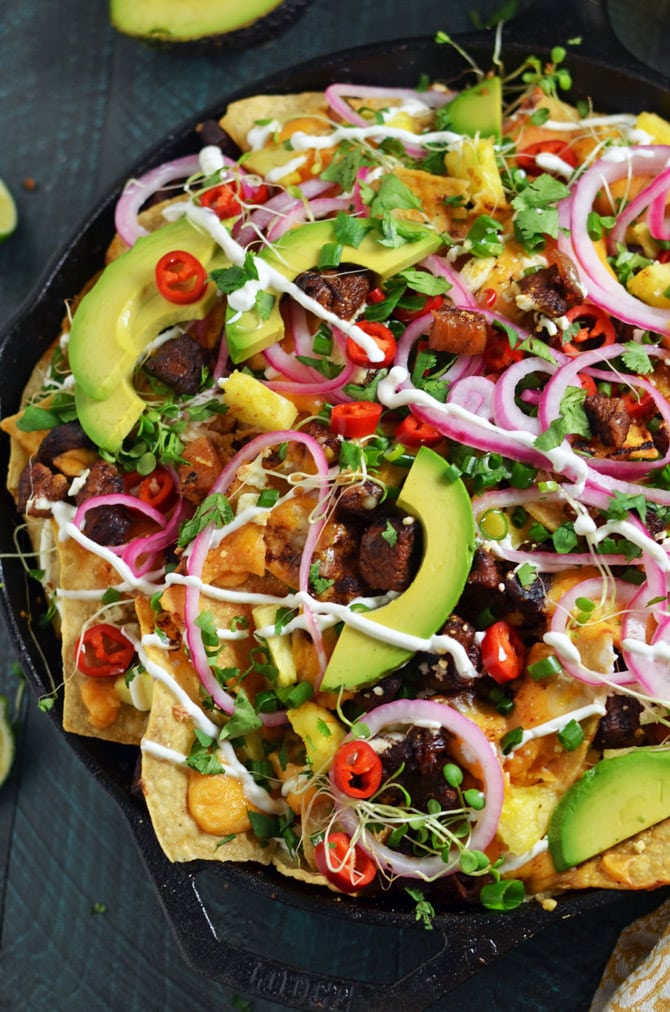 Noooow back to the nachos, which are finally done the right way at this point! Serve ’em as is, or offer up some salsas on the side– I like to eat mine with salsa verde but I always put out some mild red salsa as well for the ones who don’t care much for the green stuff, like the weirdos I live with. 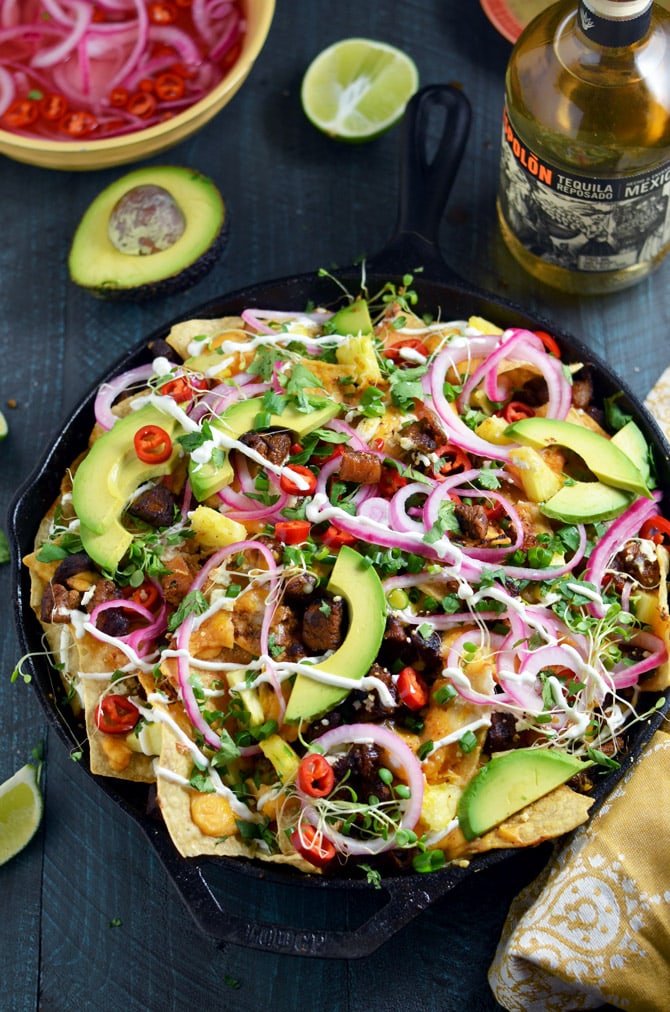 When you whip yours up, don’t forget to take a picture and tag #hostthetoast on Instagram or Twitter. I wanna drool over your version of Nachos Al Pastor!