You know that feeling when you’re working on something and you’re like 75% sure it’s not going to turn out well for one reason or another? 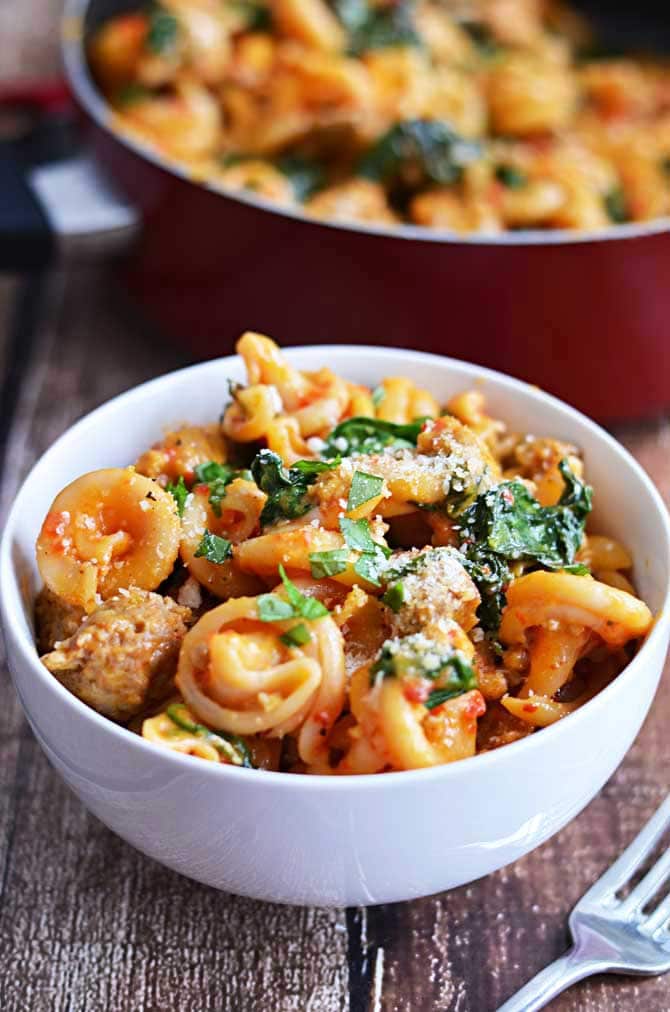 That’s how I felt about this One Pot Roasted Red Pepper and Sausage Alfredo.  I should have been more confident, I guess, since the One Pot Spicy Chicken Riggies I made a few months back turned out to be better than I ever could have imagined, but I still can’t get over the fact that you can cook pasta and meat and a sauce all together in one pot and make it taste good.

Better than good.  Amazing, if I do say so myself…

Anyway, I had no idea where I was going with this meal when I started making it.  I just kept turning to James as I pulled ingredients out of the fridge and asking him if I should throw them in.  I also kept saying to myself, “I really hope this works,” and humming nervously, but that’s pretty typical kitchen behavior for me. 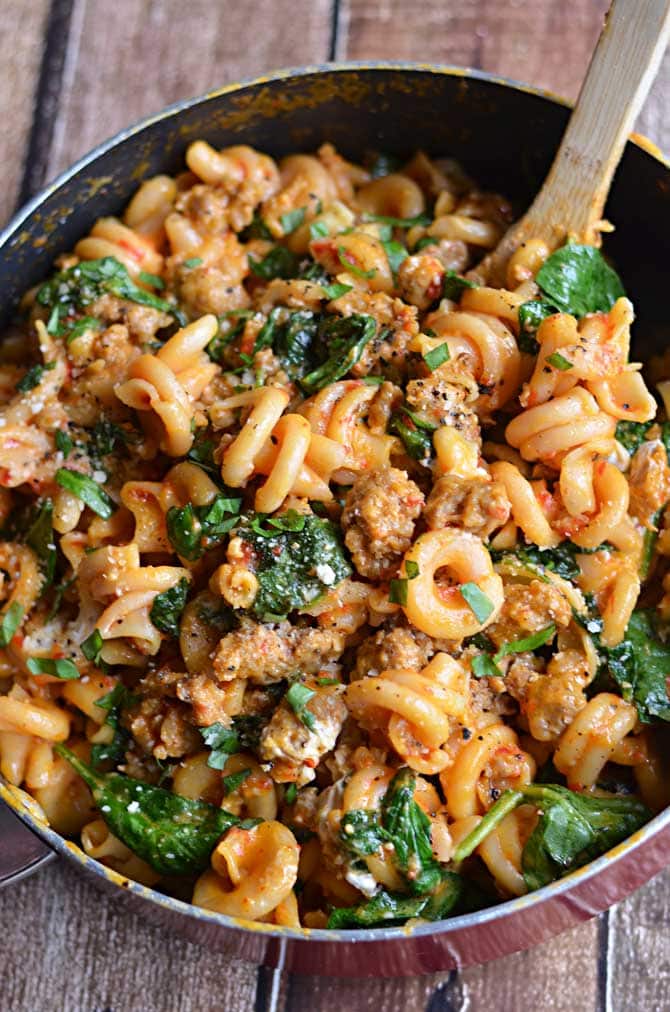 By the way, does anyone else do that?  Hum nervously?  James brought up the other day that I hum the theme song from Doug whenever I’m nervous, and at first I was like, “PSH, I do not!” but then I realized that I do.  I totally do, and I have no idea why. 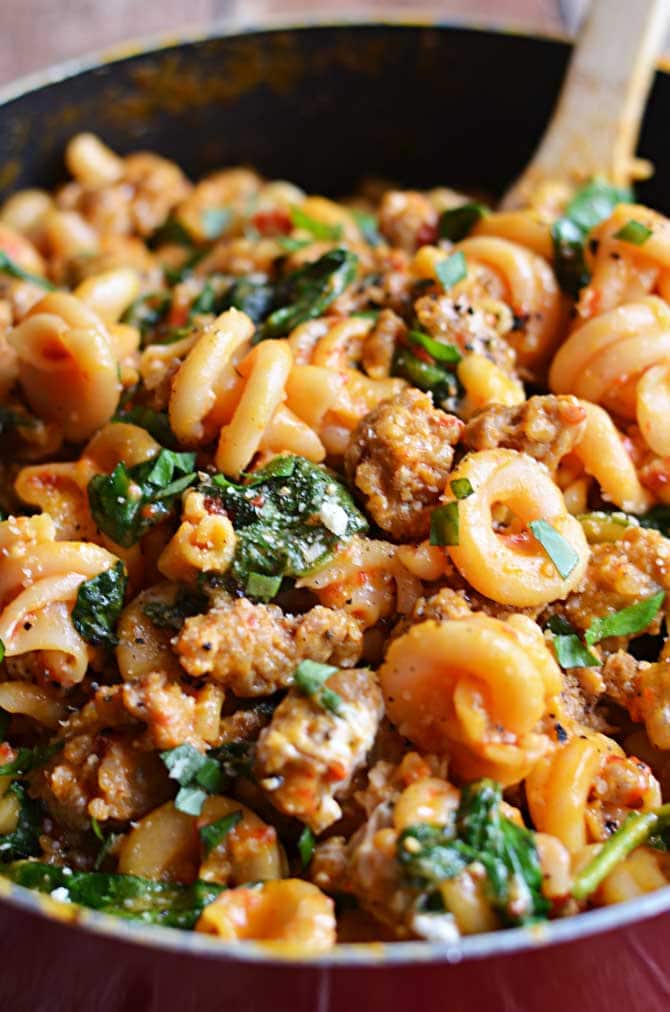 So there I was, humming and hovering over my pot of pasta, wringing my hands and waiting for disaster, but that disaster never came.  Instead, I got a pot full of some of the tastiest pasta I’ve ever had.

Roasted red peppers, Italian sausage, spinach, goat cheese, and garlic flavor this simple dish, and leave you with a hearty meal that’s as satisfying as realizing you only have one pot to wash after dinner. 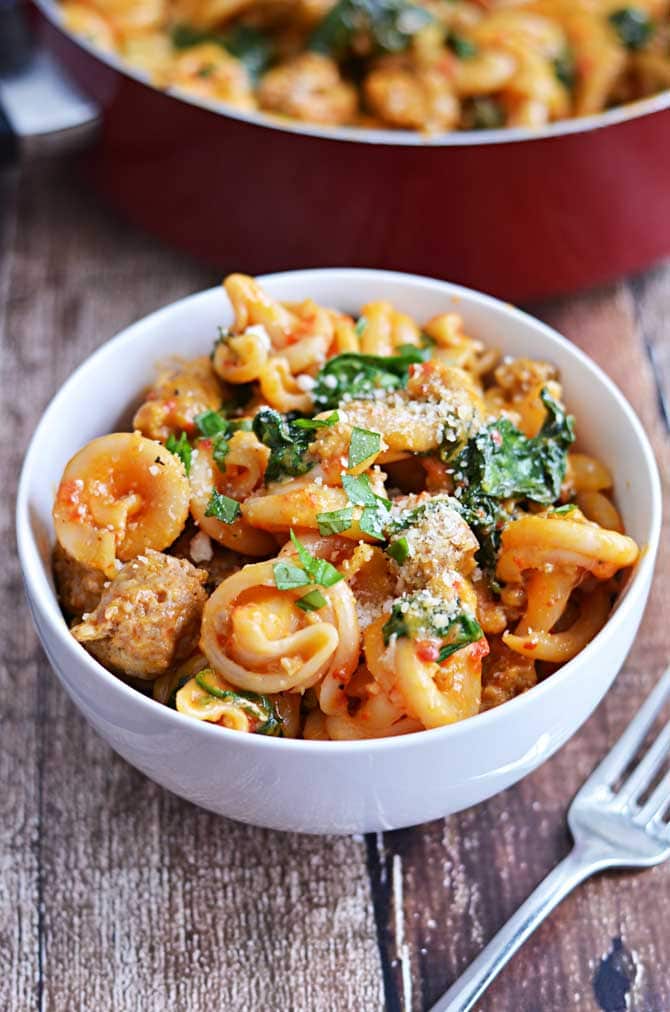 Give One Pot Roasted Red Pepper and Sausage Alfredo a try, and I bet it’ll make its way into your weekly rotation!

Feel free to substitute poultry-based sausages in here. They work well, too!