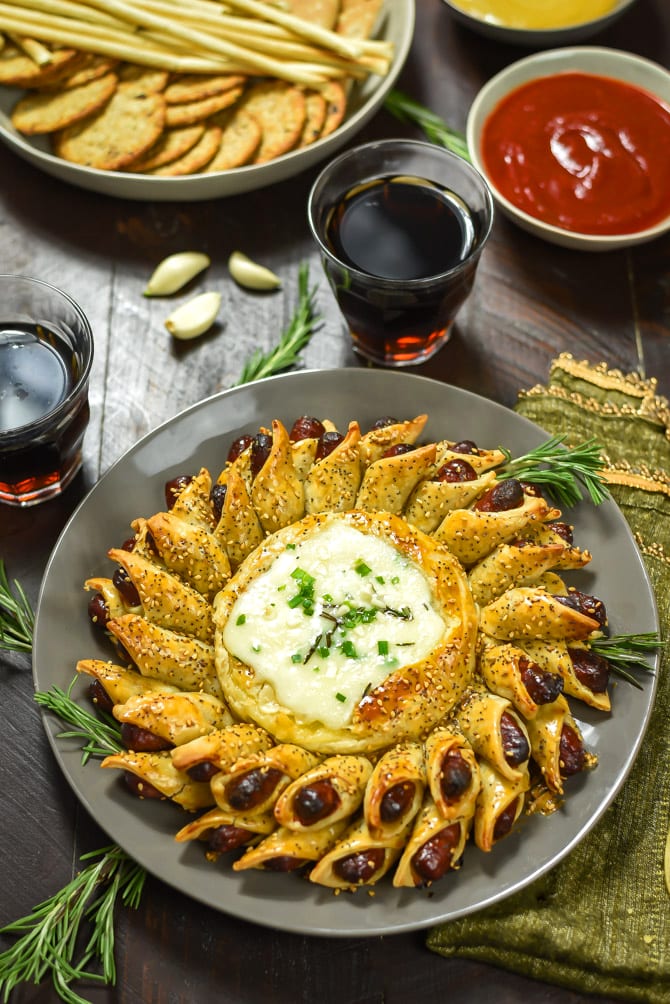 I’m pretty sure that I’ve been woefully ignorant on all things brie-related because I don’t think I ever considered eating brie with anything other than sweet fruits or honey drizzles, but the other day I decided to give a savory spin a go when I realized that a package of near-forgotten cocktail sausages and a wheel of brie cheese were both nearing their sell-by dates as they lurked in the back of my fridge. After bit of googling and a whole lot of finger-crossing, I realized that my expiration-fighting experiment had paid off: the garlicky, herby, pastry-wrapped melted brie with smoky cocktail sausages was… ugh, better than I can put into words honestly. Seriously.

And I think it looked pretty cool, too. 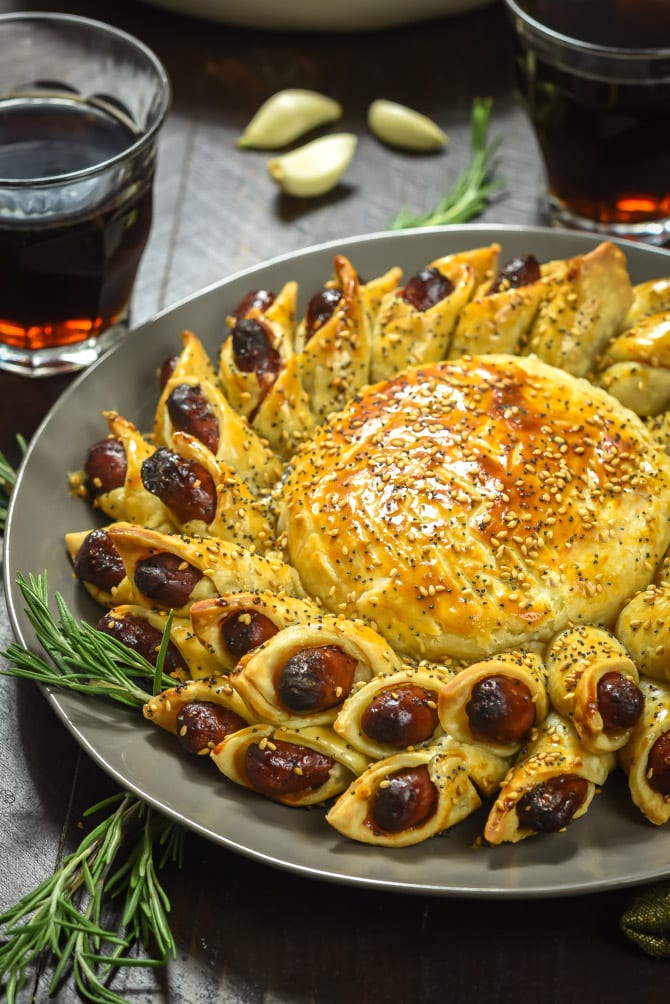 Well truthfully, the first attempt wasn’t AS cool looking because it took a few tries for me to figure out exactly what type of dough to use and the perfect length of time to bake, but the flavor alone had me hooked from day 1. On day 3 of testing, I got it down perfect. On day 5 I finished filming the how-to video (look for it below), and then the next day I was kind of sad that I didn’t have any more Pigs in a Blanket Baked Brie to snack on. It’s one of those appetizers that you really just can’t get enough of, even though deep down you know that it’s probably not healthy to eat multiple wheels worth of cheese in a few days’ time.

I get the feeling that you’d judge me if I said “YOLO,” so I won’t. I’d judge me, too. But you know… life is short. Carpe Diem. Other phrases that somehow seem more age-appropriate and okay for an unhip person like myself to say. 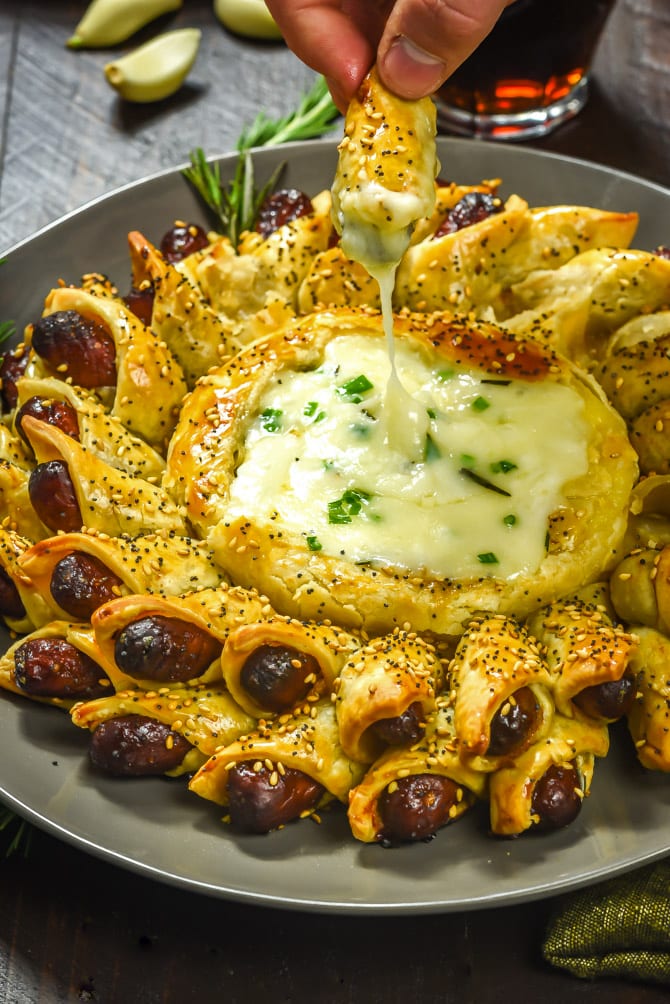