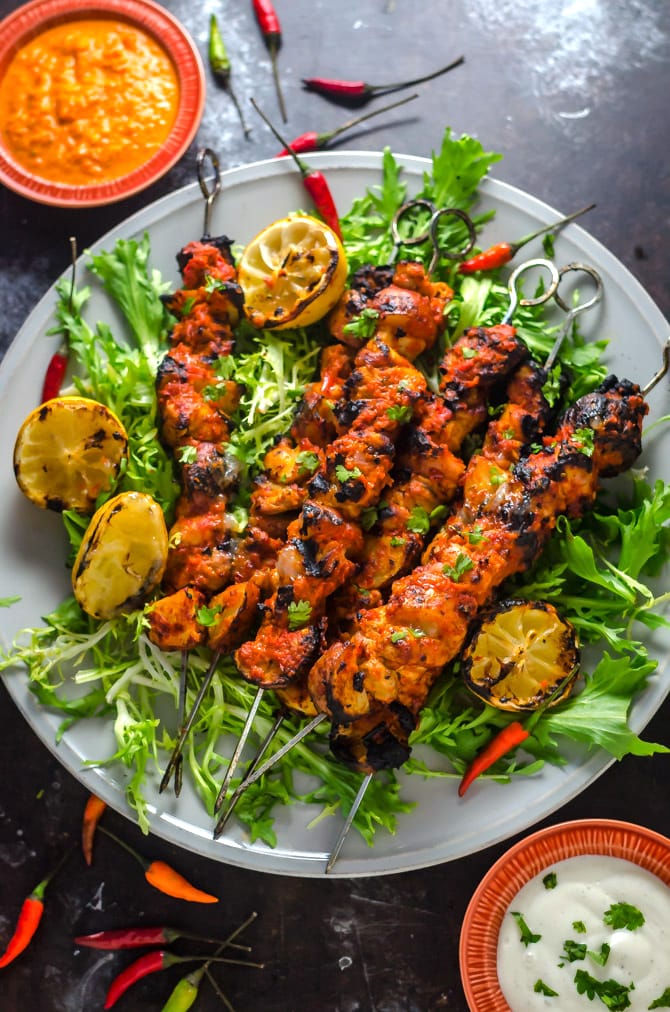 I’m sure you’re a dutifully patriotic citizen, planning your all-American menu for this weekend as we speak. You’ve probably also been expecting a recipe from me that’s red white, and blue; or super traditional; or at leeaaaast originates in this country…

But you know what? American food is kind of confusing. Hamburgers and hot dogs were dreamed up in Germany, but they make an appearance at every 4th of July cook out. And apple pie? It existed in England, Holland, France, and Italy long before the United States were colonized. All of our staple American dishes either have roots connecting it to the countries whose people immigrated here, or were directly borrowed from them. And that’s what makes this country great, right?

Keep that in mind as I pitch you this Portuguese & African recipe for the fourth. I know it’s out of the usual, but I’ve got a feeling it won’t take much convincing. 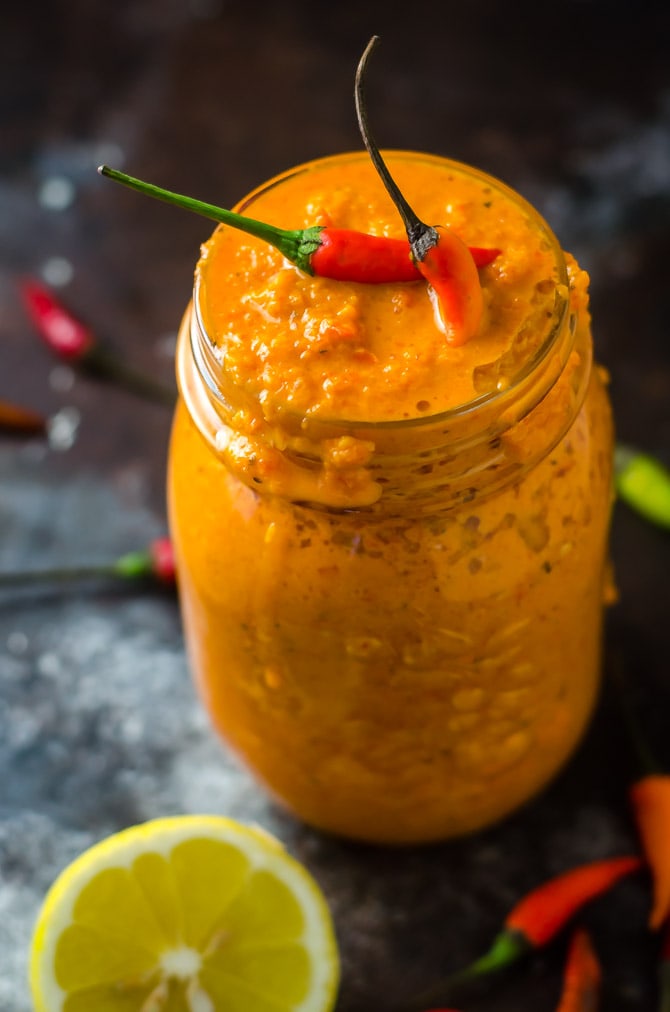 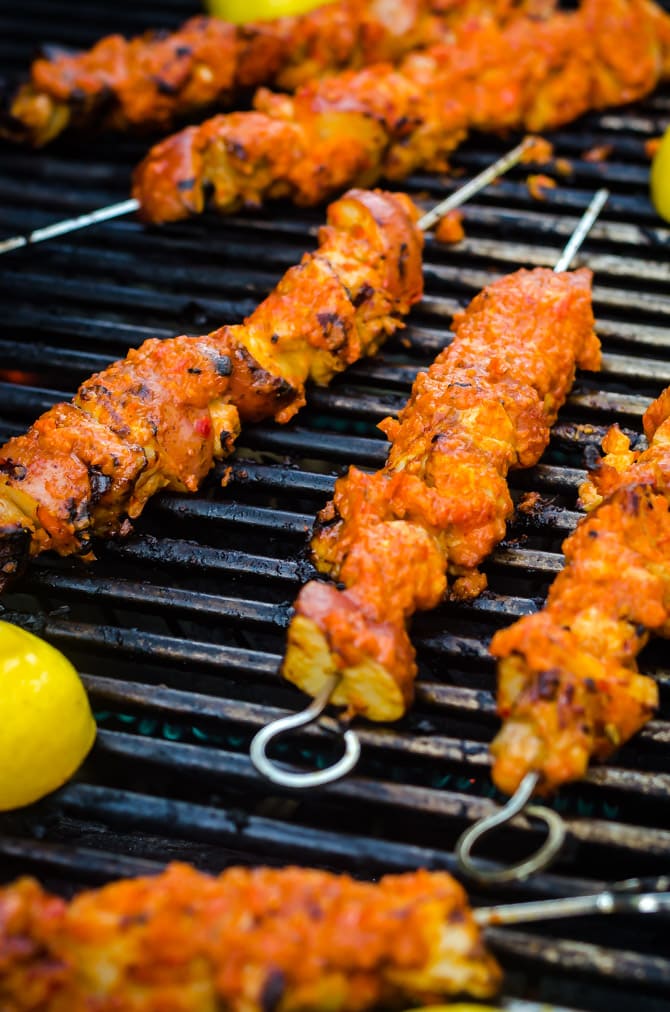 When it comes to grilled foods, these Piri Piri Chicken and Potato Skewers are way up there on the list of tastiest options. They’re smothered with a spicy, smoky sauce made of peppers, garlic, onion, lemon and seasonings; then cooked until the potatoes are tender and the edges of the skewered pieces develop a delicious char. Get a bite of the chicken and potato together and you’ll be seeing FIREWORKS. (See what I did there?)

Speaking of fireworks, there’s definitely some firey heat going on here, so if you’re a hot sauce fanatic like me, you’re going to go nuts for these skewers. But don’t worry if you or your guests have a bit of a spice sensitivity,– you can serve these bad boys with some herby greek yogurt to cool ’em down without toning down the flavor. You could even drizzle over some ranch dressing– it might sound strange but it works. Just ask my neighbors who slathered their skewers in the stuff.

I, on the other hand, devoured my skewers with extra piri piri sauce. Feel the burn. 🔥 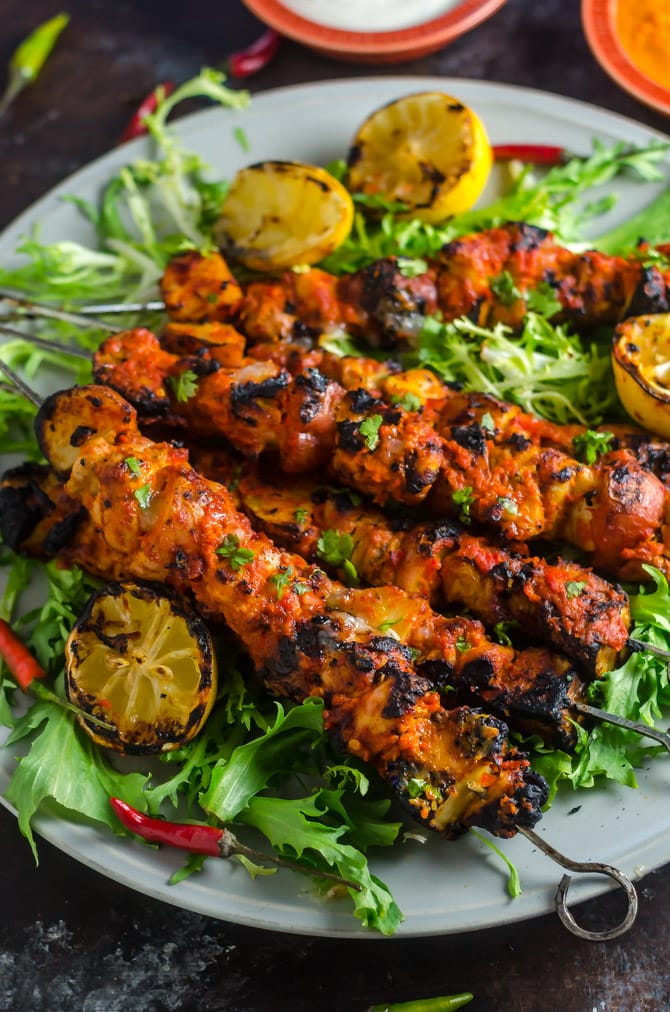 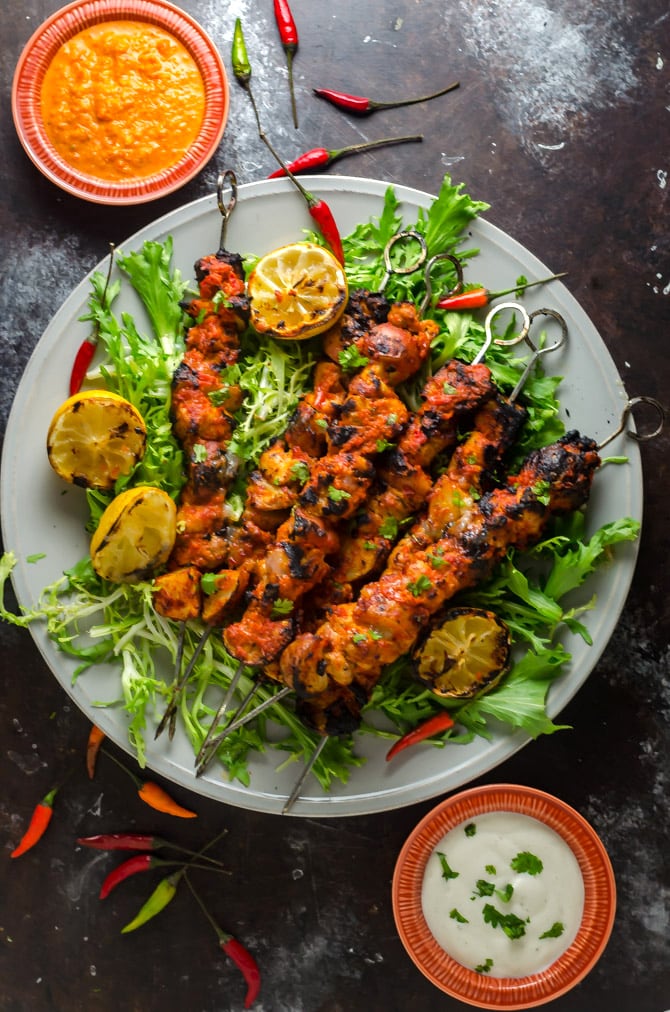 The piri piri sauce serves not only to brush the Piri Piri Chicken and Potato Skewers with as they cook, but also to marinate the pieces beforehand. I chose to marinate chopped up chicken thighs so that they’d stay flavorful and tender after the high heat of the grill. I also marinated wedges of potato, but not before microwaving them a bit to pre-soften them. It made it much easier to thread the potatoes on, and ensured that they were the absolute perfect texture after grilling– soft on the inside and crisp on the outside. Between the chicken and potatoes, I’m not sure what I loved more. Good thing I don’t have to choose. 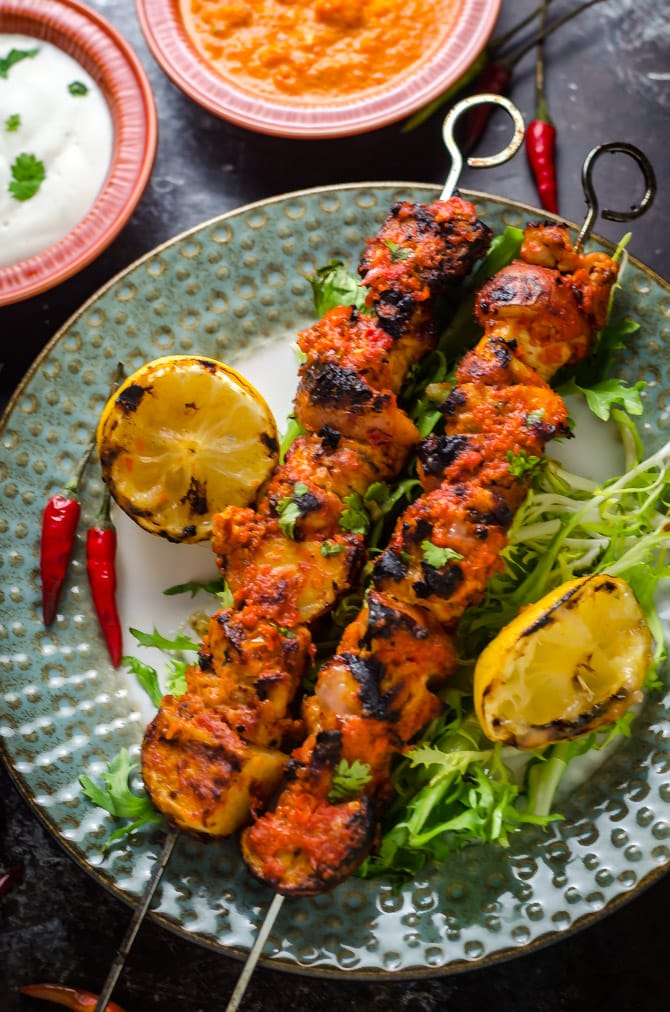 And you know what? You don’t have to choose between these and your traditional American food fare. Throw ’em on at the same time as your burgers and dogs and I guarantee that you’ll be glad that you added Piri Piri Chicken and Potato Skewers to your menu. If someone asks, just say you’re celebrating the diversity of this country with this multicultural dish as you shove a skewer onto their plate. Once they get a taste, they’ll have no complaints. Piri promise. 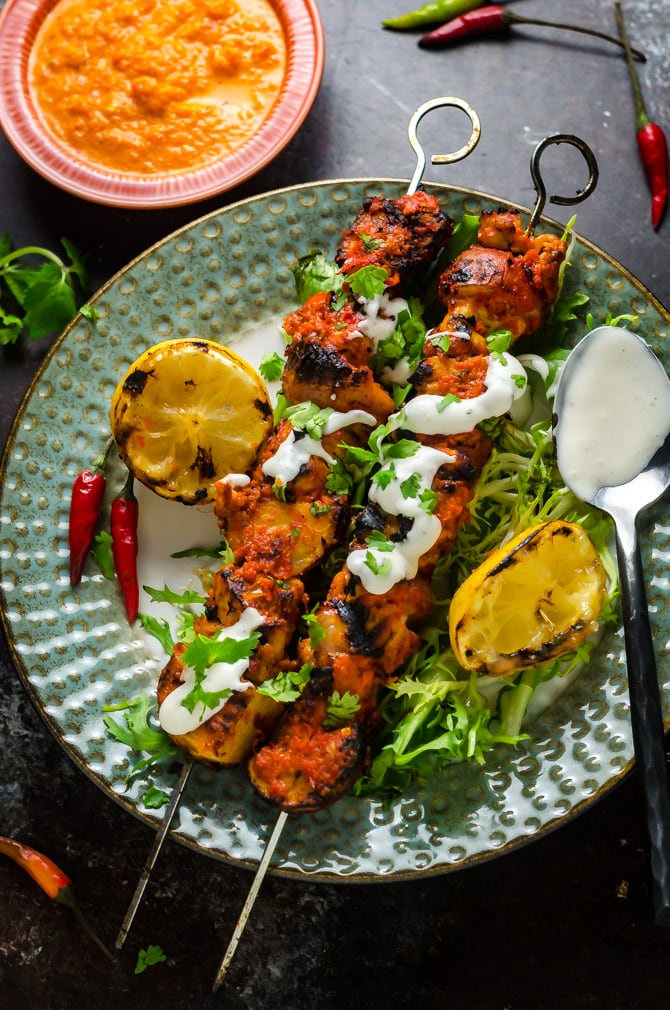