Allow me to introduce Planter’s Punch. 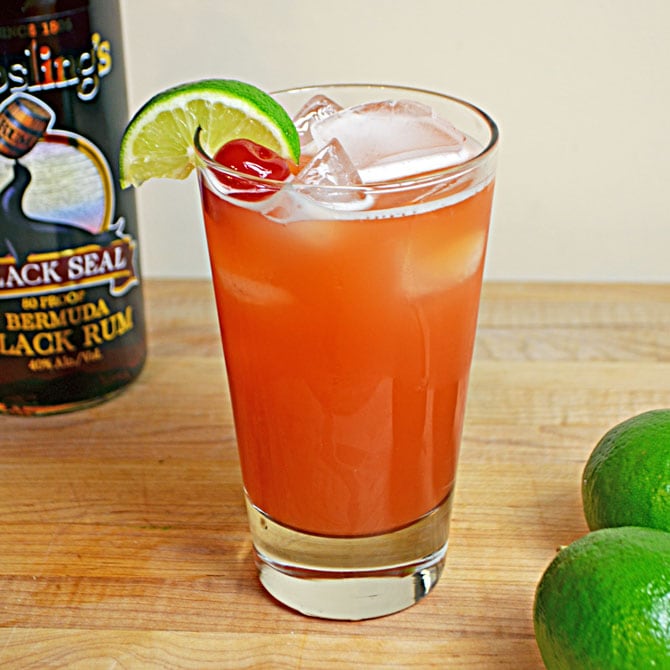 If you’ve never before been acquainted, that’s a bit shocking.  Planter’s Punch has been around for centuries.

The drink originated in Jamaica, where it was traditionally prepared for working men to help them cool down in the harsh Caribbean heat.  In 1878, a rhyme was published in Fun, a London-based magazine, detailing the recipe.  By the early 1900s, the recipe had made its way stateside, and new rhyme-recipes circulated via The Kansas City Star and The New York Times.  The New York Times version instructs:

Take two of sour (lime let it be)

To one and a half of sweet.

And add four parts of weak.

Planter’s Punch is currently credited with being one of the first ever “Tiki drinks” in the US, and was a staple of Donn Beach’s iconic restaurants beginning in 1934, and grew to become a favorite amongst celebrities during the Tiki craze of the 1940s and 50s.  Since then, the recipe has continued to evolve with many slight variations all over the world.

As I said, you’ve got a lot of historical cocktail catching up to do.  Luckily, the most enjoyable way to make up for missed time is with a bottle of rum. TGIF!

This Jamaican cocktail was originally created centuries ago to quench the thirst of working men who spent long days in the Caribbean heat. Since then, it has grown to become a popular cocktail choice in many countries around the world.