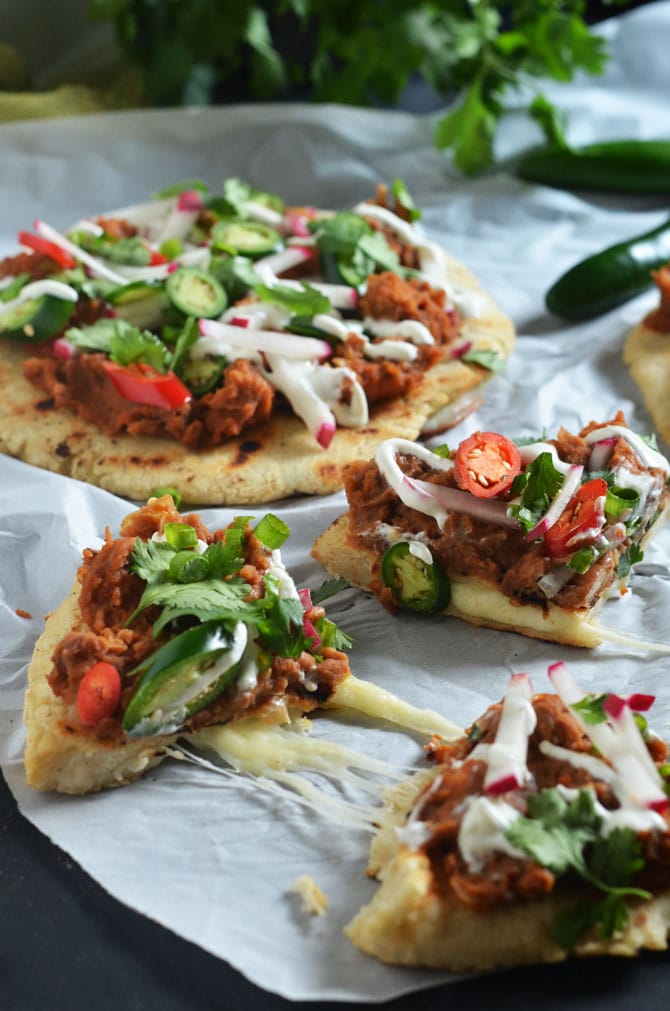 Does an ultra-thick homemade corn tortilla that’s stuffed to the gills with melted cheese and griddled until golden brown sound like your idea of nirvana, yes or yes?

And if you topped said ultra-thick corn tortilla with chorizo refried beans, sliced serrano peppers, crunchy radish, cilantro, and sour cream, about what are the odds that you’d malfunction from tastiness overload? 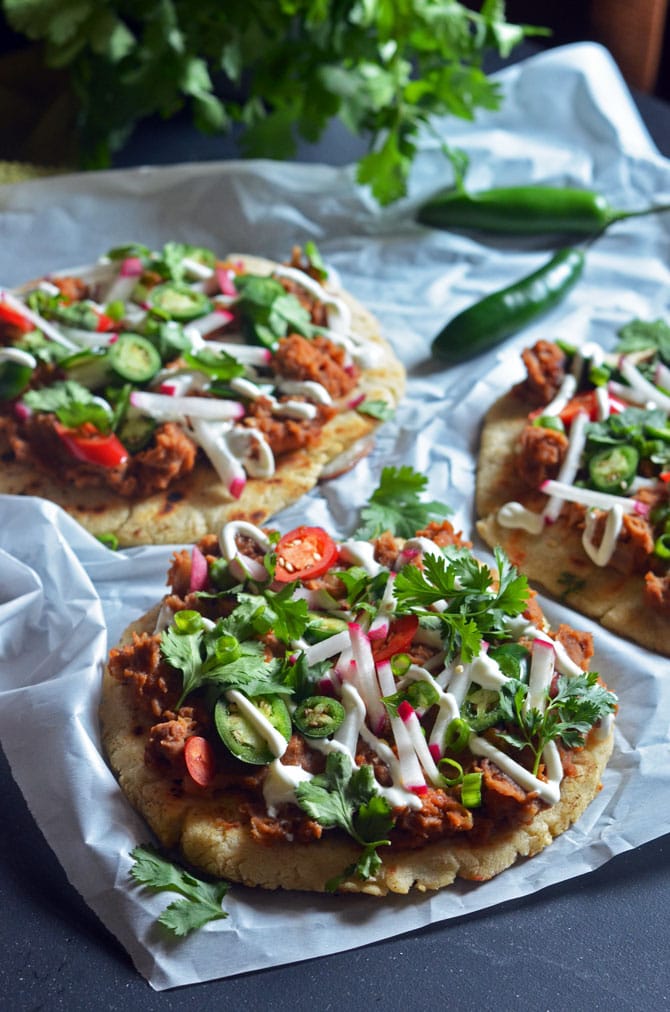 Because that, my friends, is what we have right here. Inspired by Mexican Pizza, this Salvadoran spin on topped flatbreads is a much better way to tackle both your south-of-the-border flavor and cheesy pizza cravings. Not to mention, even though it might seem a little intimidating, the actual Pupusa base is way more fool-proof than any pizza crust I’ve ever attempted! 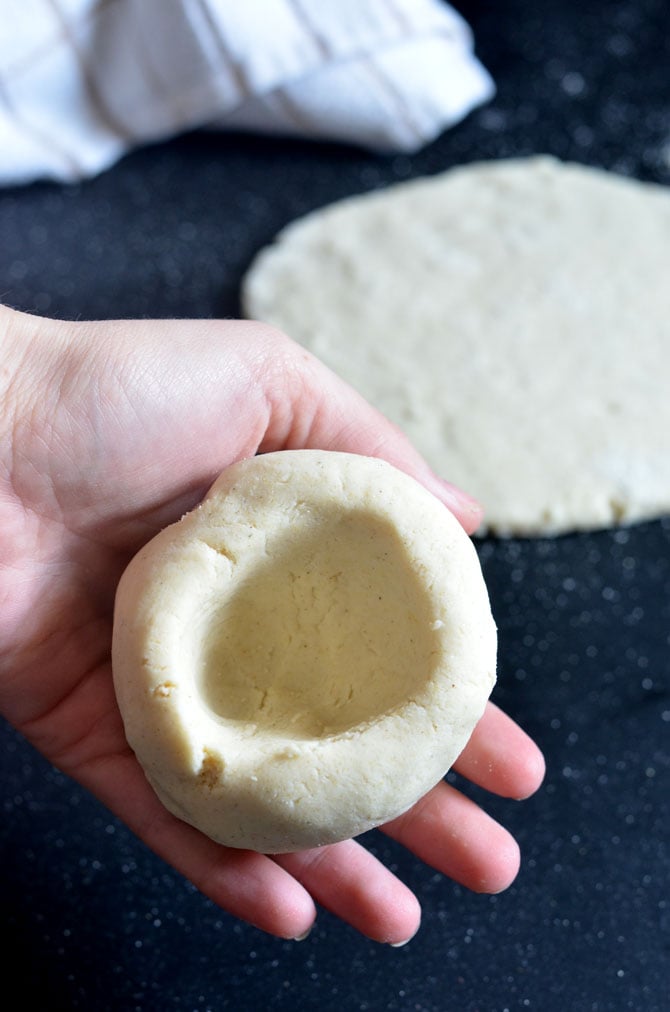 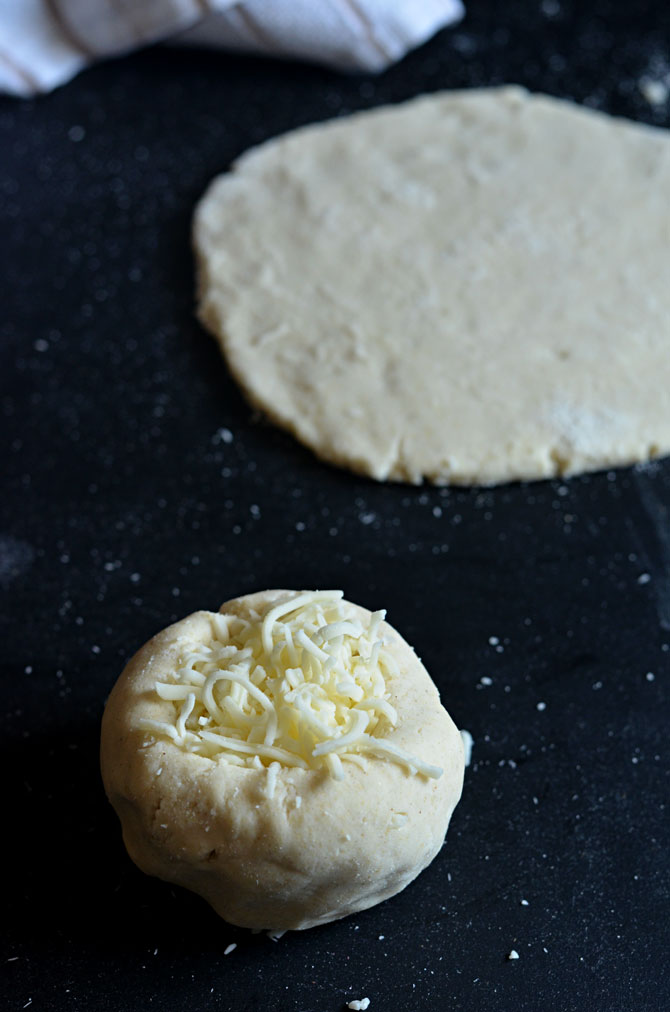 So here’s how it works: I mix some masa flour, water, and a pinch of salt together to get a dough that’s similar in consistency to stiff mashed potatoes. Then, I roll it into balls, press my thumb firmly into the tops to create holes in the centers, and then stuff those holes up with cheese. Next, I simply pinch the dough over the tops and toss them back and forth between my hands to flatten them out in my palms until they’re disk-shaped and ready to be cooked. It only takes a few minutes with a tiny bit of oil for them to brown up in spots and get oozy on the inside. Voila, Pupusas! 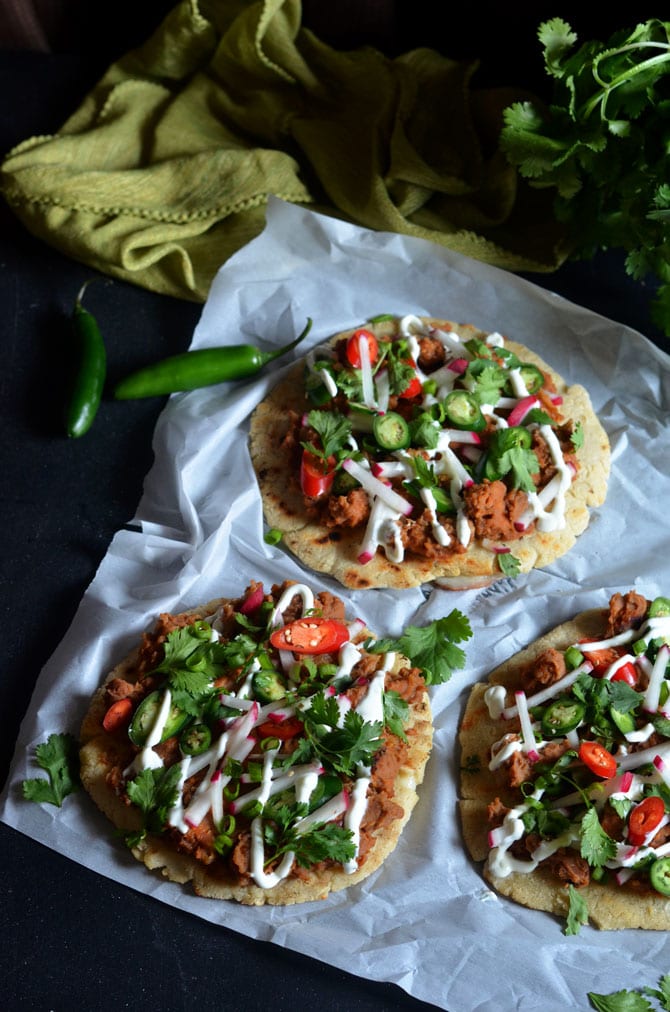 In place of pizza’s typical marinara sauce, I decided to top my Pupusa Pizzas with chorizo refried beans. To make them, I remove the raw chorizo from the casing, break it up into pieces, and cook it until browned. Then I mix in canned refried beans and a bit of salsa and seasonings. That’s it! We want to keep things simple enough (but still super delicious) here, which makes the Pupusa Pizzas perfect for an appetizer, lunch, or even weeknight dinner if you eat more than one– but trust me, that’s not hard to manage at all. 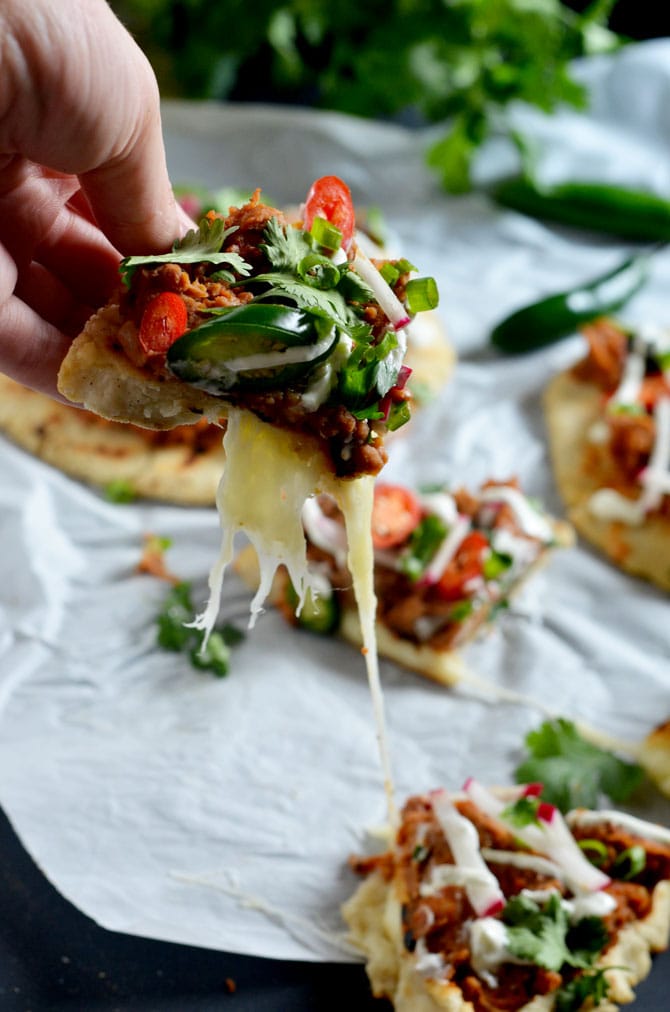 I like to top my pupusa with serrano peppers for extra spice, radish for sharpness, and plenty of cilantro and sour cream, but you could easily switch up your toppings if you’d prefer. Olives, green onions, extra cheese, and tomatoes would all be great options!
When you try it, make sure to take a photo and tag #hostthetoast on Instagram or Twitter so I can see how lovely yours turned out!