I used to be of the belief that sandwiches should be simple, thrown together with lunch meat, processed cheese, and a smear of mayo or mustard (if we’re really going all out).  The idea of spending more than a few seconds putting together a sandwich made me cringe.  If you’re going to put in any noticeable effort, it should be for elaborate meals,  I thought.   I was so wrong. 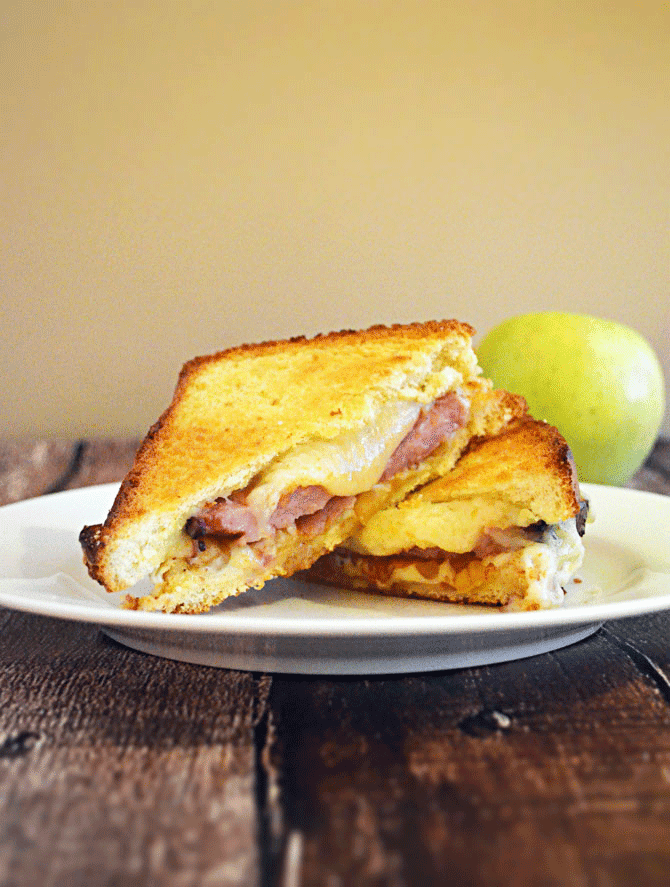 Recently, I’ve really grown to appreciate everything a sandwich has to offer– meats, cheeses, veggies, spreads, specially chosen breads, the perfect melding of flavors nestled in an easy to eat package.  It really doesn’t get much better than that.  Any meal you can imagine can be turned into a sandwich, and that’s really the beauty of the food.  Even better, any meal you can imagine that you’d like to serve to guests is a million times easier to dish out than plopping it messily on a plate when you tuck it between two slices of bread.  I’m smitten with the idea of turning everything into sandwiches these days, and I’ve really put forth every effort to not go overboard seeing as you guys and I may not be entirely on the same page.  But for today, humor me a bit and jump on this sandwich loving bandwagon I’ve grown so fond of.

Just take another look at that sandwich up there.  I mean, can you really resist the urge to make a sandwich that good?  Why would you want to?  You don’t.  You don’t want to.  Go on and get your grocery shopping list to add the ingredients, I’ll wait patiently right here.

I decided to make this recipe after my friend Amanda raved about something similar she had in Philly a few weeks ago.  The girl’s got good taste, so I didn’t doubt for a second that what she ate was amazing, but it wasn’t until I tried it out myself that I realized how insanely perfect the flavors are together.  Rootbeer, ham, apples, and cheese (white cheddar and american) must have been made for each other.  Throw in thick, buttery Texas toast, and you have conquered my heart.  I’m swooning. 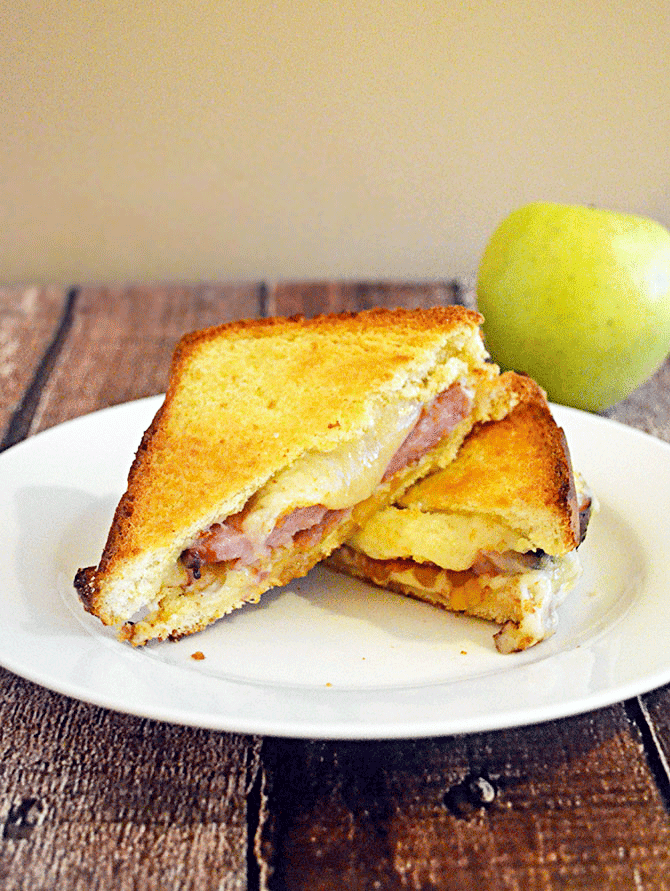 By the way, James loved this sandwich, my mom loved this sandwich, my brother loved this sandwich, and it was actually decently easy to make for everyone since I made the melts in the oven (which is how I will make all of my melts and grilled cheeses for company from now on).  This would be great for game day, or I would even suggest to make the rootbeer marinated ham one day and use the leftovers for the sandwich.  I just wasn’t patient enough to wait all that time…

Make this smoky, salty, and sweet Root Beer Glazed Ham Melt with Apple Compote and White Cheddar whenever you have company and blow them away. Easy to make in bulk thanks to a simple oven method!

For the Apple Compote: