Who in the world can look at a cast iron skillet and not instantly crave fajitas?  The way they sizzle and steam as your waiter carries them out to you, setting them on the table and reminding you that they’re very hot so you shouldn’t touch the skillet.  You look around and it feels like the whole restaurant is staring at your meal.  You’re sure you heard a few people whisper, “I should have gotten that, it smells amazing,” and “That looks delicious!”  You take a bite, and they’re every bit as flavorful as you imagined. 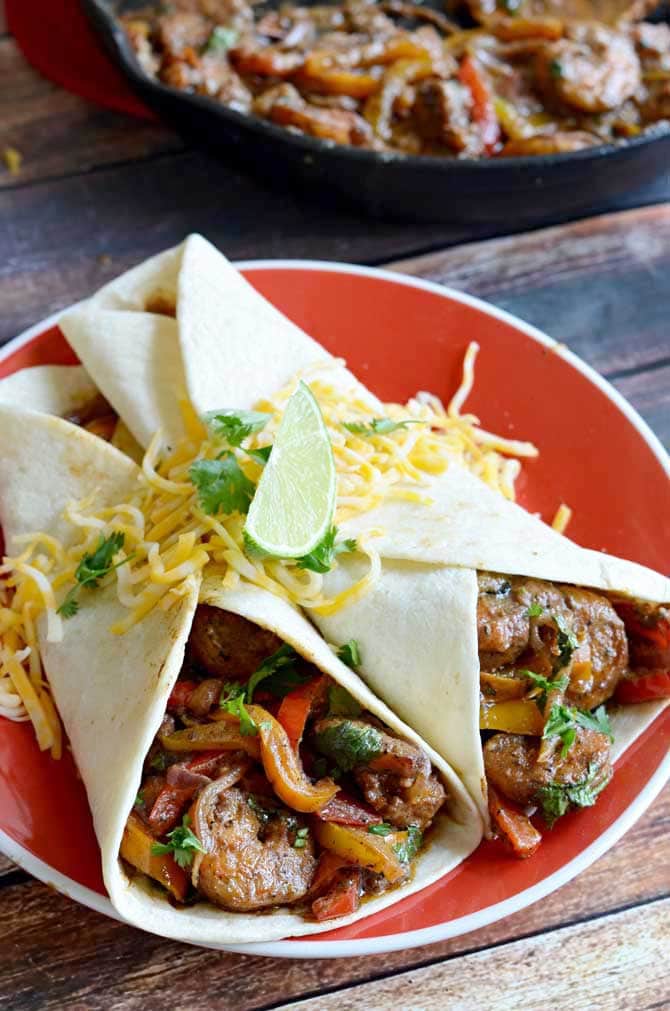 I always think of that when I pull out my cast iron skillet, but I’d never craved fajitas as strongly as I have since I came up with these Saucy Cajun Shrimp Fajitas. 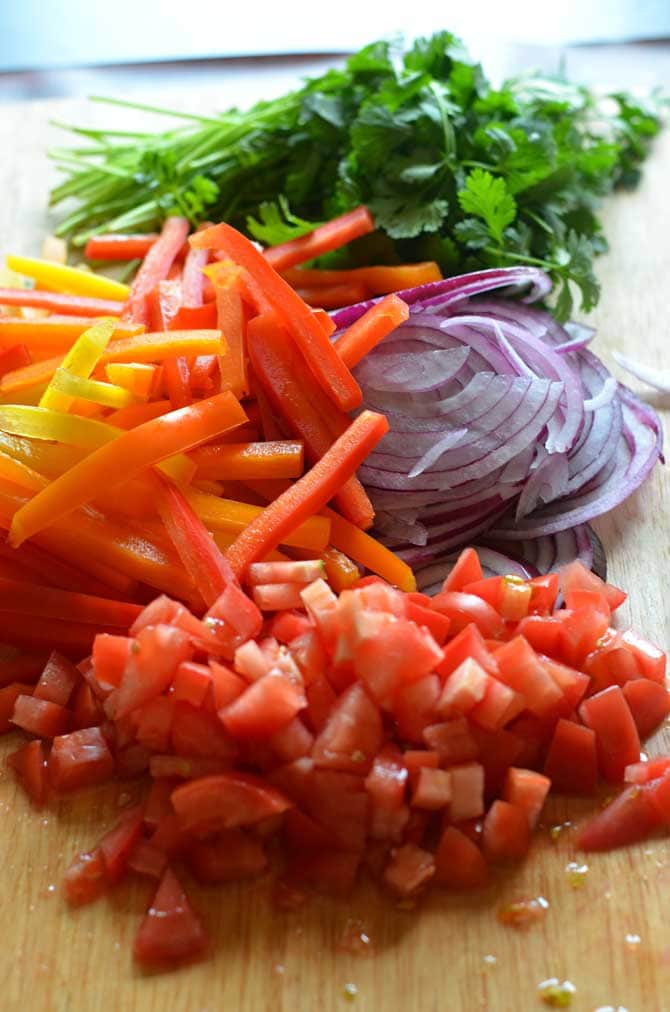 These fajitas feature the traditional bell peppers and onion, as well as tomatoes and Cajun-seasoned shrimp, but what makes it really special is the sauce.

First, the vegetables are sauteed with Cajun spices until soft and slightly browned in areas.  Then, they’re removed from the pan and the shrimp is cooked in the same manner. 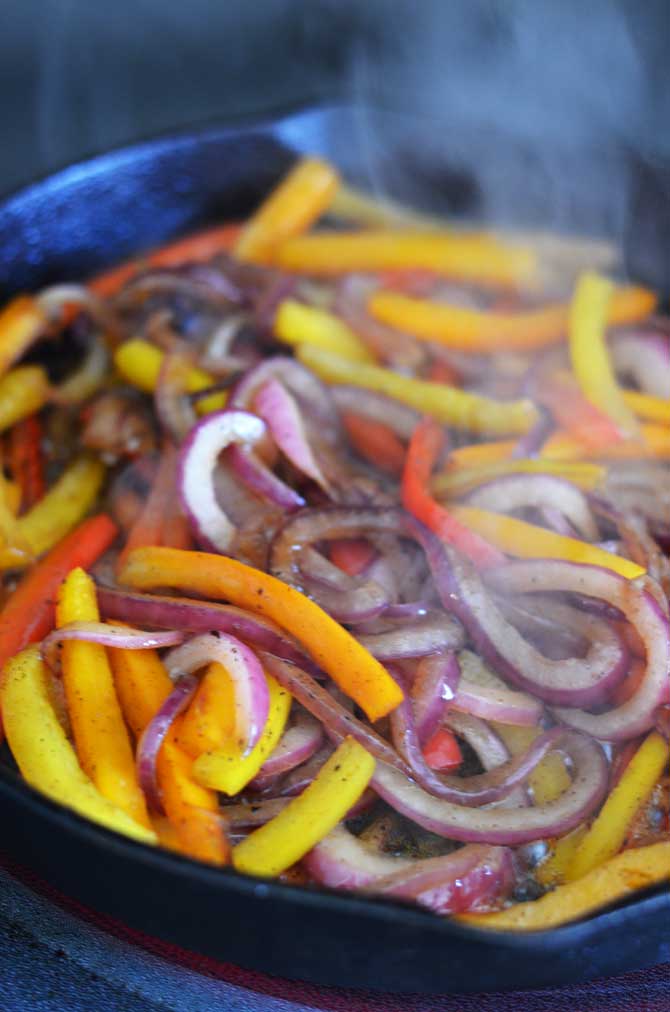 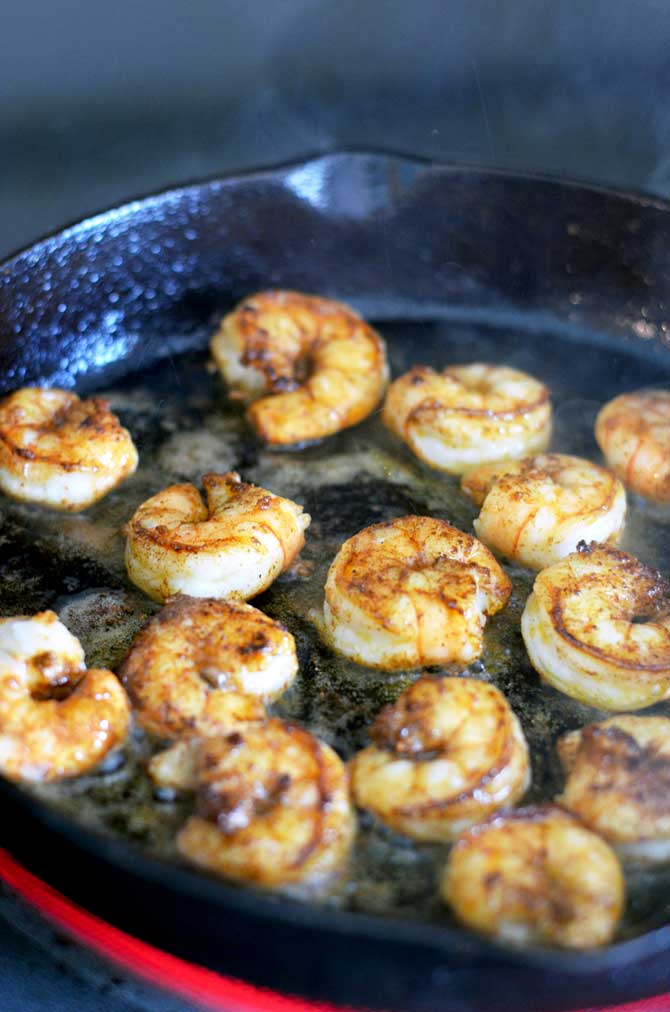 Resist the urge to eat all of the shrimp at this point.  It will be hard, but you can do it.

Then, the pan is deglazed with wine and chicken broth to create a tasty sauce using the browned bits of Cajun spices, and mixed in with cream sauce until golden.  I totally stole this idea from Ree Drummond’s Cajun Chicken Pasta recipe, by the way.

Gotta give credit where credit’s due!  It’s so simple and delicious. 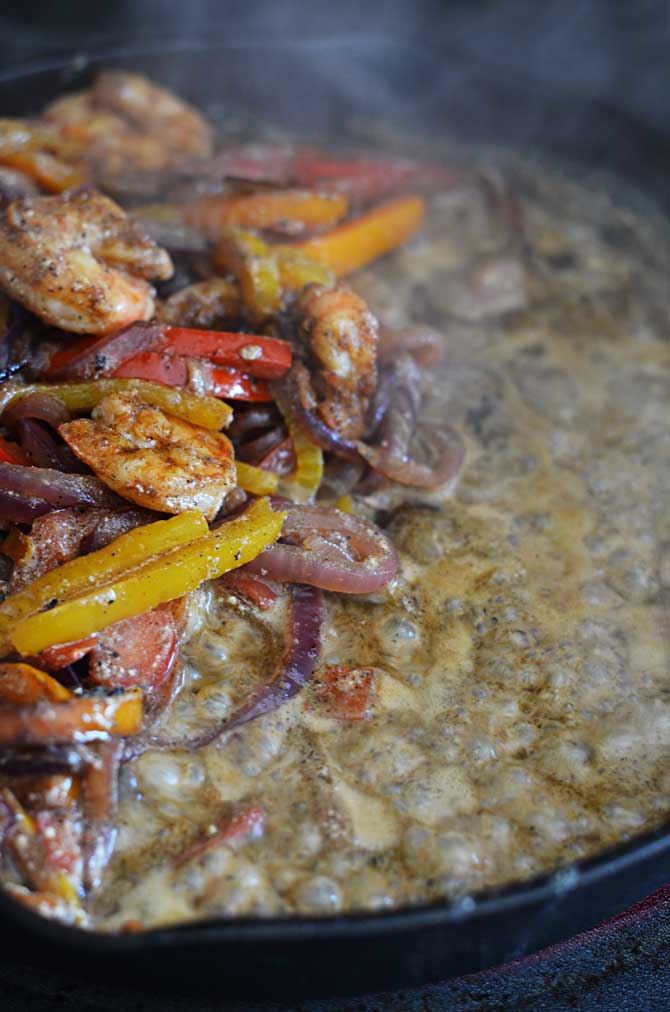 Then the shrimp and veggies are added back in and heated in the sauce as it reduces. 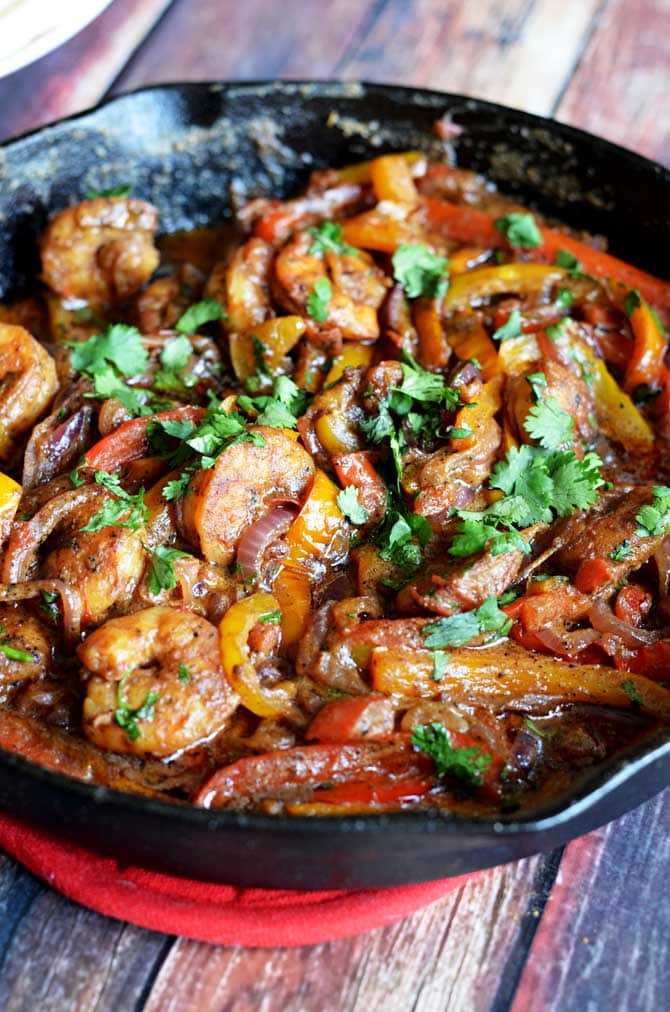 Once the sauce has thickened up, sprinkle with cilantro or parsley and serve with tortillas, cheese, and a wedge of lime or lemon! 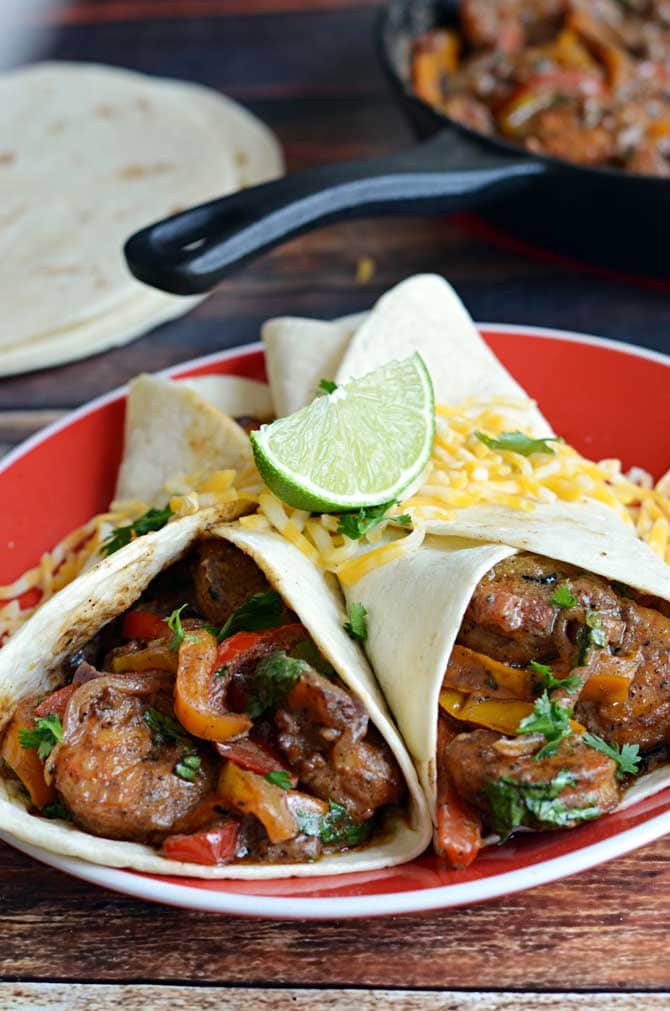 These Saucy Cajun Shrimp Fajitas are so absolutely delicious, you’re going to want to make them all the time.  Try it with chicken, too, or even add in some crumbled Andouille sausage to kick up the Cajun factor.  YUM!

For the Cajun Seasoning:*