Slow Cooker Ham is the ultimate holiday centerpiece. This recipe gives you amazingly flavorful, juicy ham with caramelized, honey-glazed edges– all without hogging up your oven space. 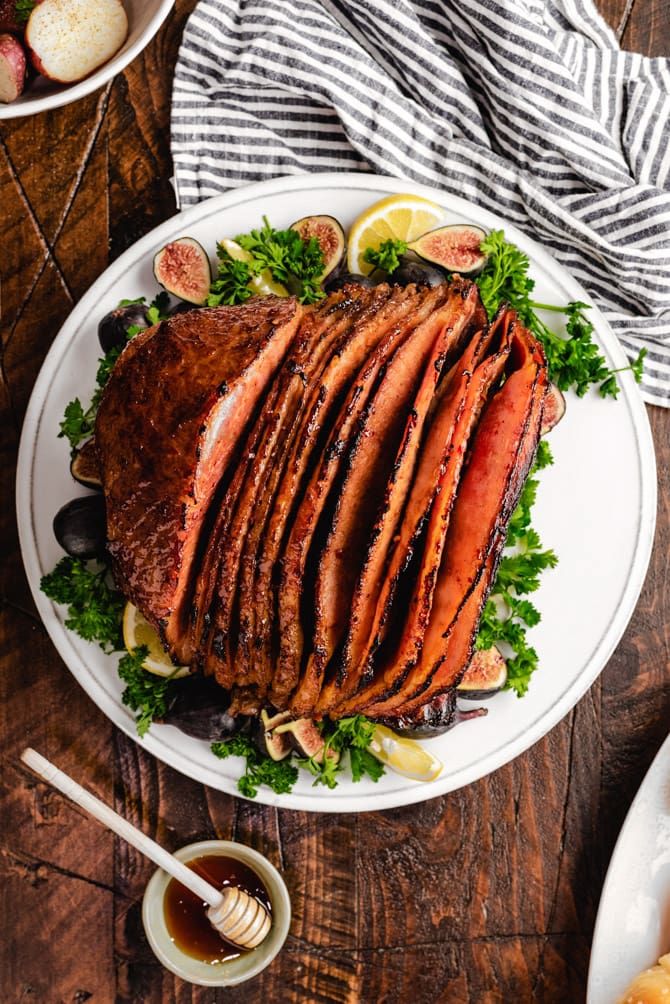 I love cooking, but I won’t lie, I want my prep for holiday entertaining to be as hands-off as possible (because who isn’t always juggling 18 different things at the last second, you know?) And that, my friends, is where ham comes in.
Generally speaking, holiday ham is already an incredibly easy, fool-proof meal— certainly more so than other holiday main dishes like turkey, lamb, or prime rib.
In fact, in the US, ham is generally sold pre-cooked (which means most of the work lies in simply reheating it), and it often includes a ham glaze packet so you don’t have to whip up your own.
Spiral-cut hams make serving super simple because carving involves just pulling the meat off of the bone or cutting around the bone. And as a bonus, spiral hams allow the glaze ingredients to drip down during the cooking process, because who wants their ham to just be flavorful along the edges?
It’s even great served warm or at room temperature, so you don’t have to worry about getting the timing absolutely perfect for your Easter or Christmas feast. Sounds like a winner, right?
But it can get better. When you bust out the crock pot and make the glaze yourself? Ooh, it kicks things up a notch in the deliciousness department while still keeping the process ridiculously simple. 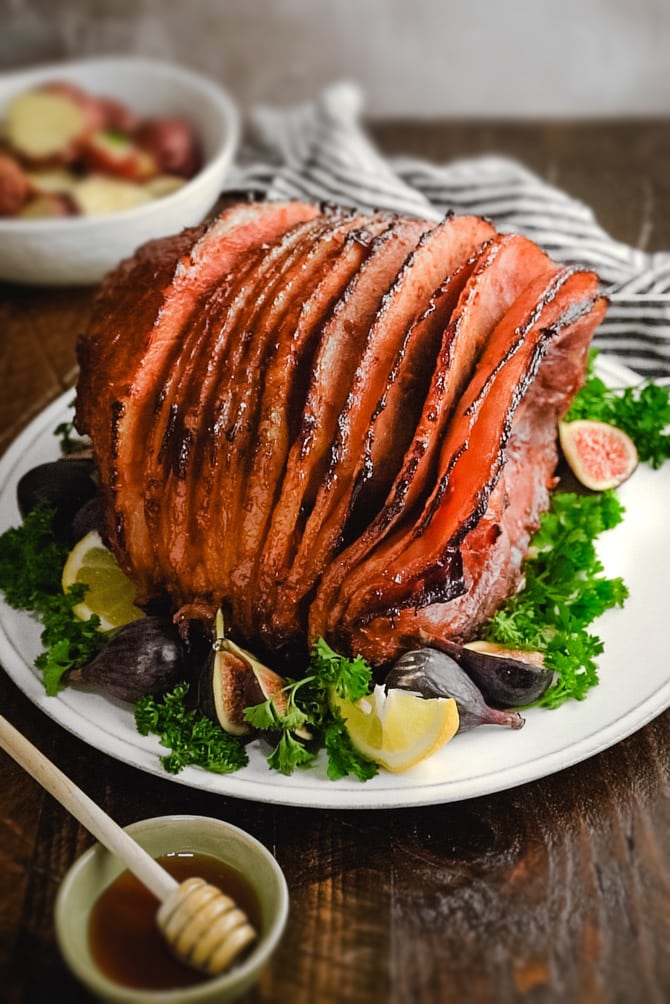 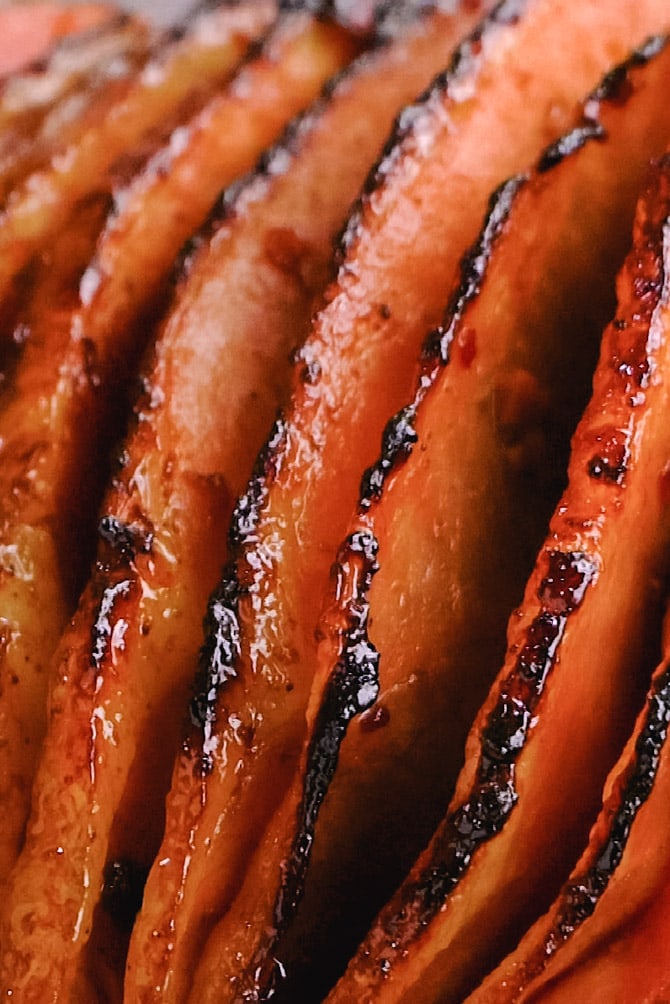 WHY COOK HAM IN THE SLOW COOKER? 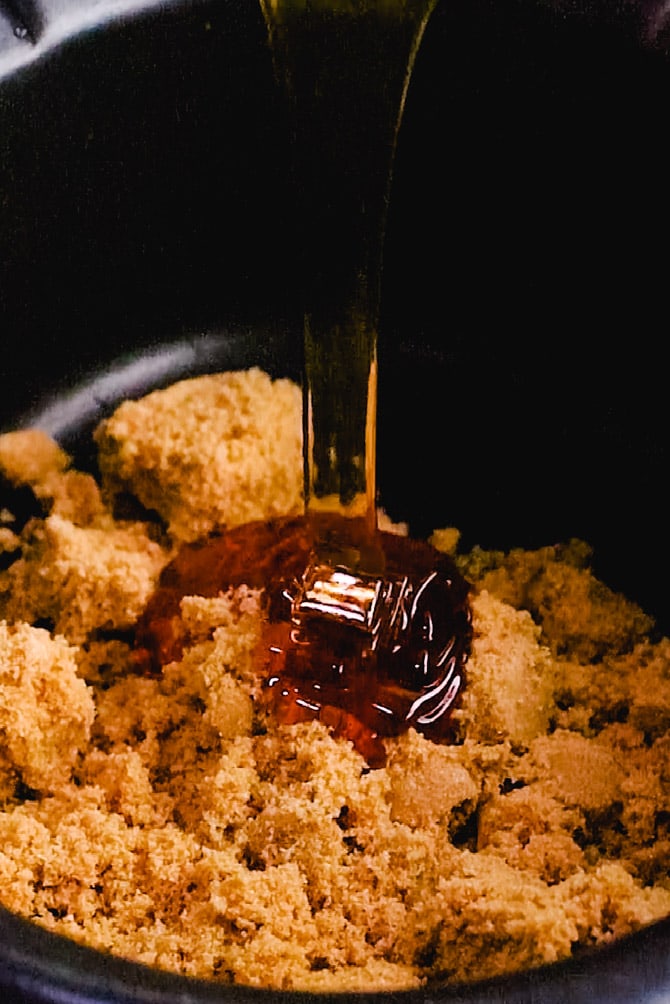 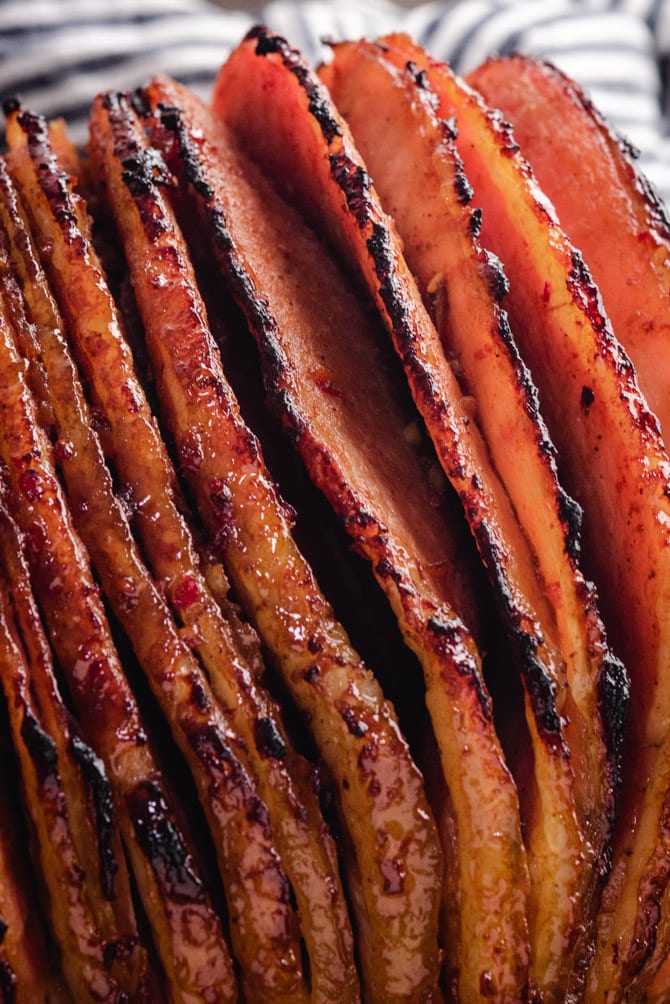 To start, you want to combine your glaze ingredients:

And once they’re all combined, you need a ham, of course. But not any ham will be a good fit– and I mean that literally and figuratively.

For the best flavor, opt for bone-in ham. You can also make soup with the leftover ham bone!

I personally prefer spiral sliced ham because, as I mentioned earlier, it’s easy to serve and it also has more surface area to be flavored with the liquid ingredients and glaze.

WHAT IF MY HAM STILL DOESN’T FIT IN MY SLOW COOKER?

If your ham is still too big for the lid to fit properly, use foil instead. You can get a good seal with foil and it’s alright if some of the ham is poking up above the lip of the crock pot!