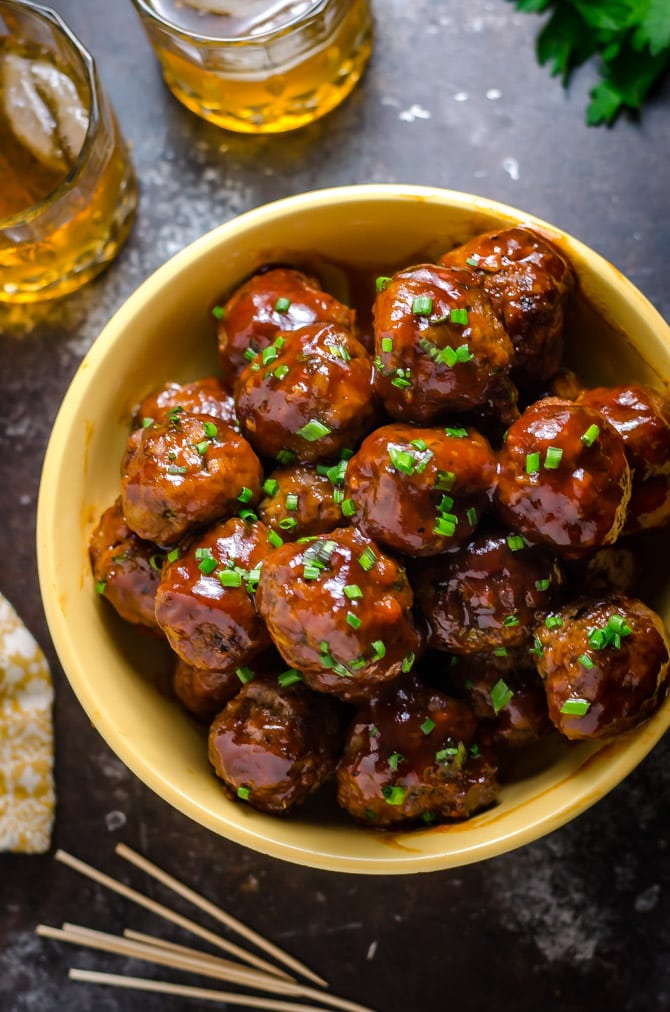 When I was reading my list of upcoming recipes aloud for James, he stopped me at this one. “That sounds like a great snack for poker night with the guys,” he hinted. (He is so subtle, isn’t he?)

But I had big, estrogen-packed plans for these Slow Cooker Sticky Bacon & Whiskey Meatballs: I was going to make them for a reunion of some of my old sorority sisters– a get-together full of whiskey and bacon-loving ladies. Clearly that’s what people mean when they say to surround yourself with like-minded individuals, right? 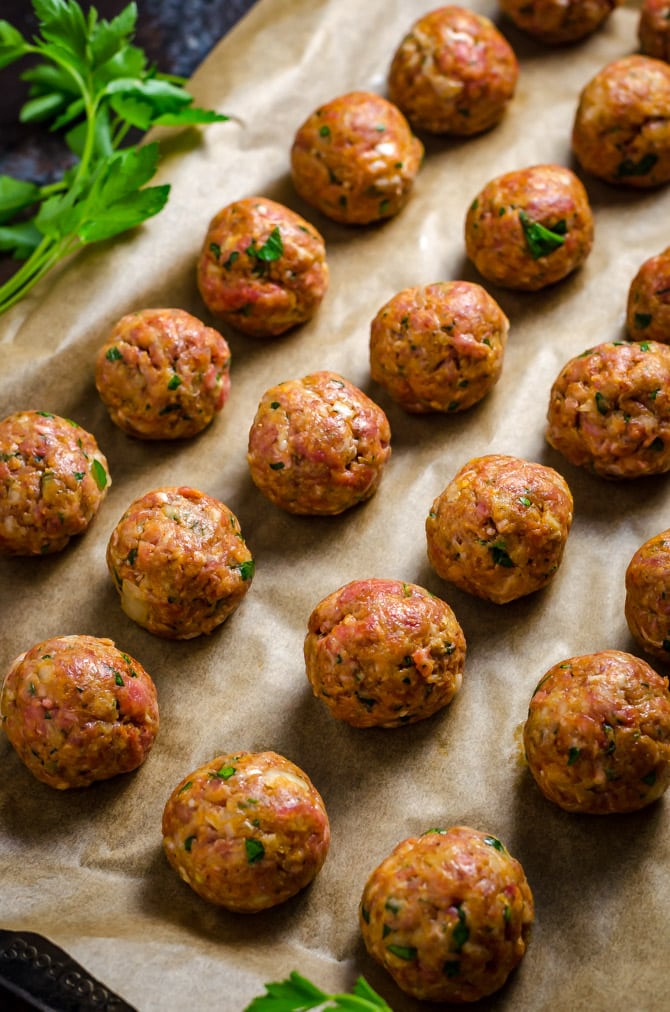 I make some form of slow cooker mini meatballs for the majority of events I attend or host these days because they really are one of the most enjoyed appetizers I can think of for the least amount of stress. They’re bite-sized, they’re easy to throw together, they can pack in a ton of flavor because you can get really creative with your ingredients, they keep warm in the slow cooker all day and travel easily, and they require very little clean-up. Not to mention that they go over incredibly well with guests. To this day, I’ve never had a party meatball go to waste. Never ever.

And while I sometimes fall back on frozen meatballs and just focus on making an imaginative sauce, when I have a few extra minutes, I like to make my meatballs from scratch– especially when those meatballs include ground up bacon in the meat! The addition of bacon to the meatballs ensures that every bite is extra rich and savory, which makes them a hit with crowds, to say the least. 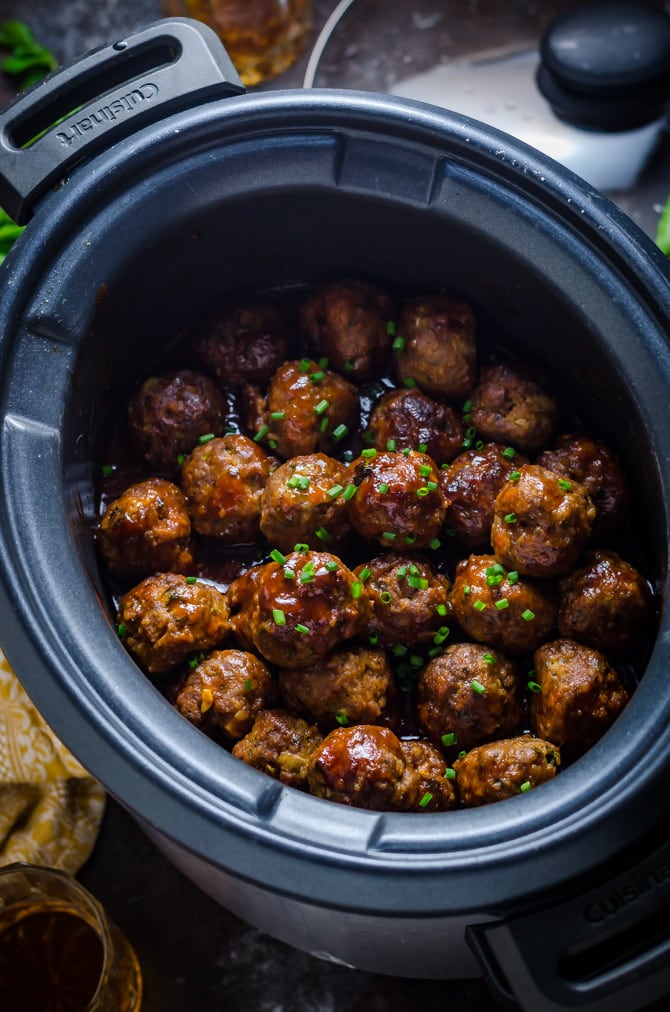 And though the bacon flavor is enough to make these meatballs mouthwatering on their own, I like to amp up the smokiness from the bacon with some smoked paprika. Not only does it make the meatballs taste even better, but it makes the smell coming from the slow cooker hypnotizing. Seriously, one waft will to draw everyone over– in fact, there might be an actual stampede toward your Slow Cooker Sticky Bacon & Whiskey Meatballs. I’m just telling you so that you can be prepared. 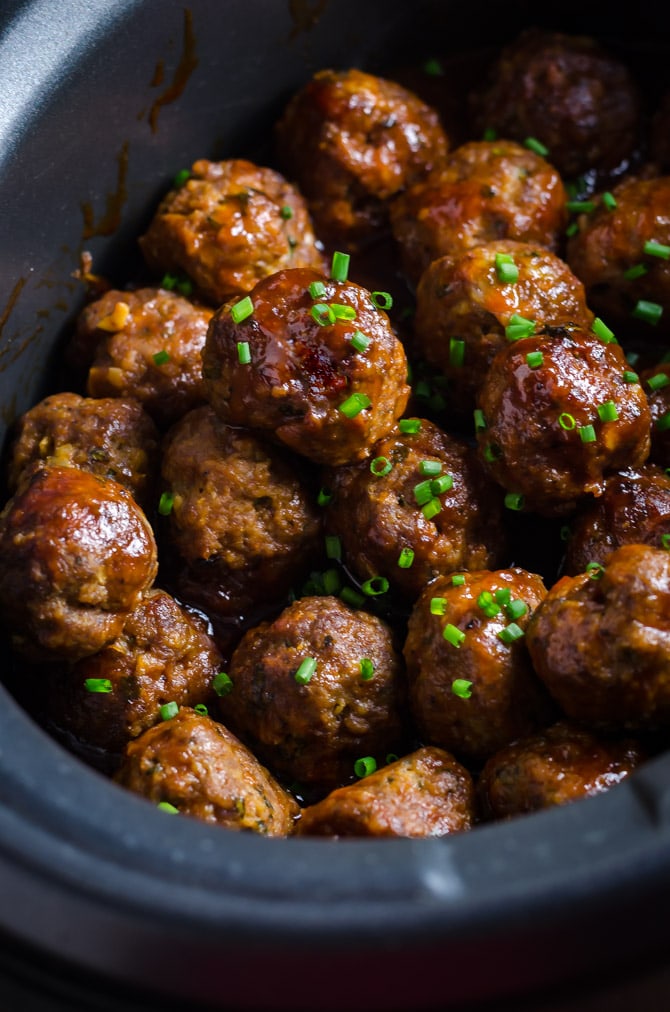 As I mentioned before, I made these meatballs for a sorority get-together knowing that my friends would love them, but I don’t think I expected them to go as quickly as they did.

Despite the fact that I arrived a little (okay, very) late, and everyone had already been grabbing at a buffet full of finger foods for an hour, and the fact that I plugged my slow cooker into a pretty hidden spot by the bar, people found a way to devour them. Some people were leaving conversations to refill on meatballs. Others were entirely moving their conversations over to the slow cooker so they could stand around it while they socialized. Everyone was rioting when they realized that the meatballs were all gone halfway through the day.

Okay maybe the last part is a mild exaggeration, but the point is that people wanted more meatballs. And they were vocal about it. Next time, I’m making a double batch.

And I promise that one of these days, I’ll make them for poker night. 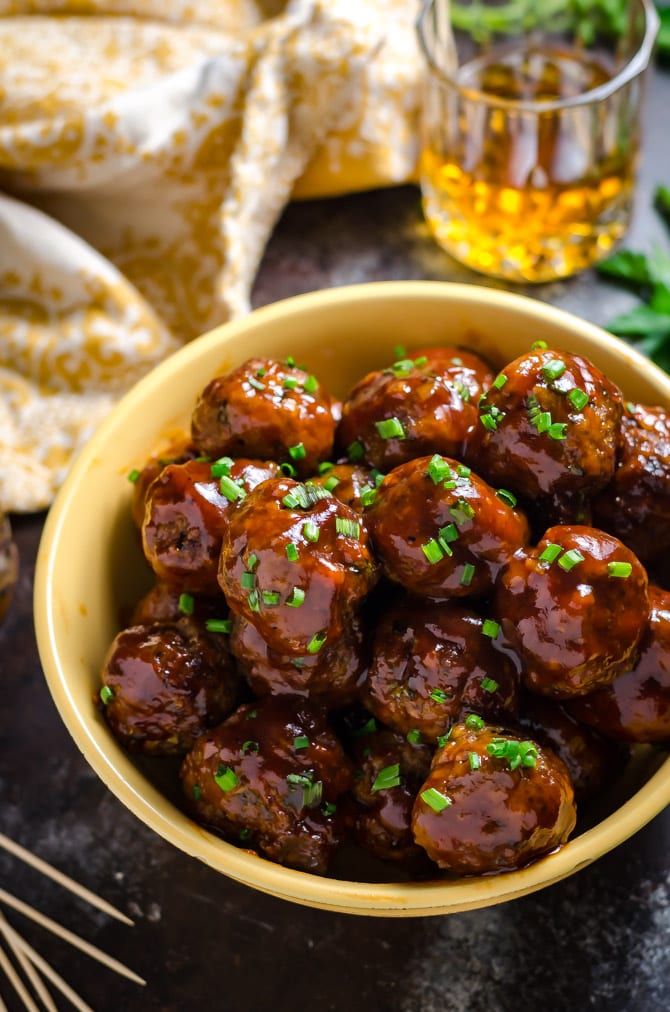