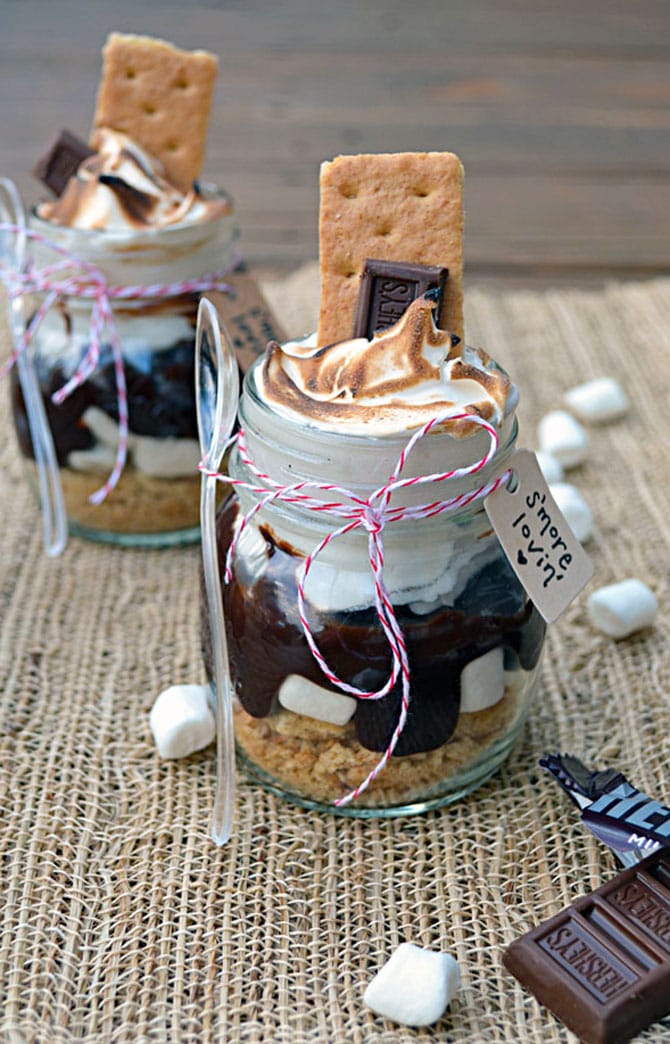 If you’re still hung up on the non-sweet-tooth part, I apologize.  I’m just more of a salty snacker than a sweet eater.  Except when it comes to s’mores, that is…

I devote at least an hour’s worth of day-dreaming per day to the graham cracker, marshmallow, and chocolate combination.  Buried deep in my pantry, there’s always a bag of mini marshmallows and an opened box of stale graham crackers that call my name… which is why they are pushed to the very, very back.  Sometimes I try to convince myself that s’mores make a balanced meal for lunch or dinner when I’m rummaging for something to eat.  Sometimes I don’t care that they’re not, and I eat them for lunch or dinner anyway.  Come on, don’t pretend you’ve never done that. 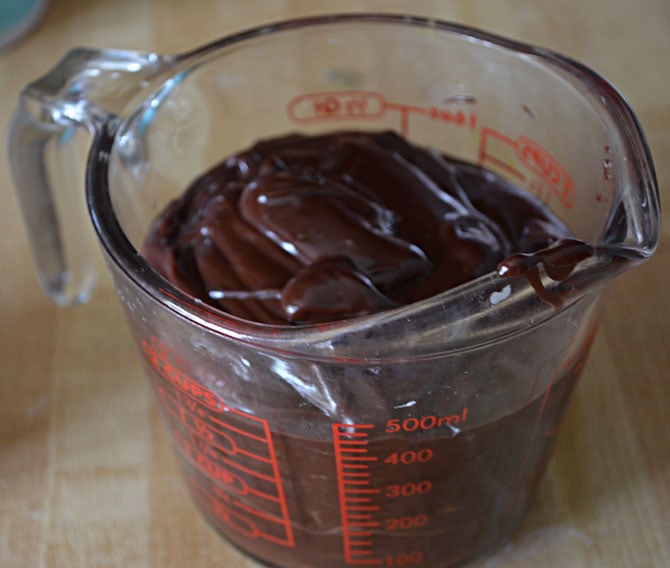 Not only are they delicious, but there’s a sort of nostalgia that just can’t be separated from s’mores, no matter how much you try to adult-ify them.  You can tie them up with pretty bows, or use interestingly flavored graham crackers, or make your own marshmallows, or even put them in little mason jars, but when it comes down to it, you’re still brought back to campfires with oozing mallow-lava and chocolate-covered fingers. 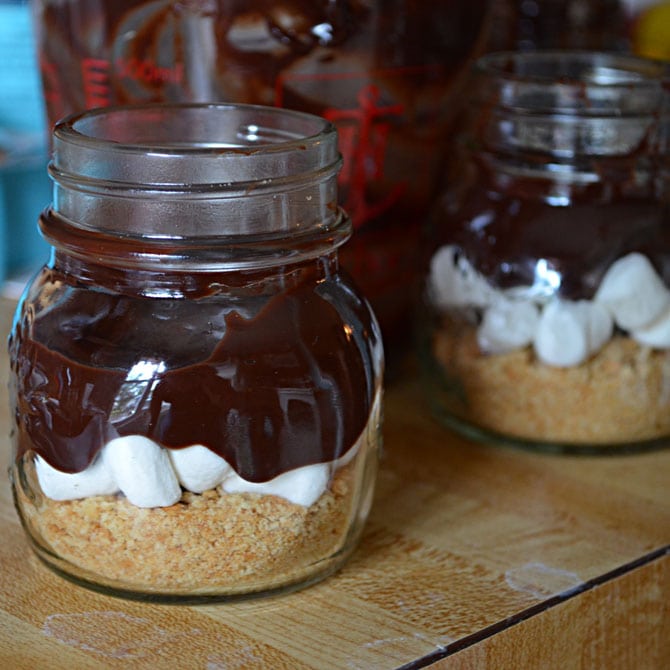 That happiness connected to food memory is such an awesome thing, and I really love the idea of giving guests such a playful dessert or favor in a bit of an updated way.  You know, like in a mini mason jar, and with baking twine and mini spoons.  Why?  Because if you could make s’mores any more adorable, that’s how you do it.  Also, they’re so much less messy and so much more portable and store-able.  In fact, I didn’t even make this batch for guests.  I made them for myself and kept them in the fridge for whenever I had a s’mores craving (which, as you know, was often), because it was just convenient to have them around.  They lasted almost shamefully shortly. 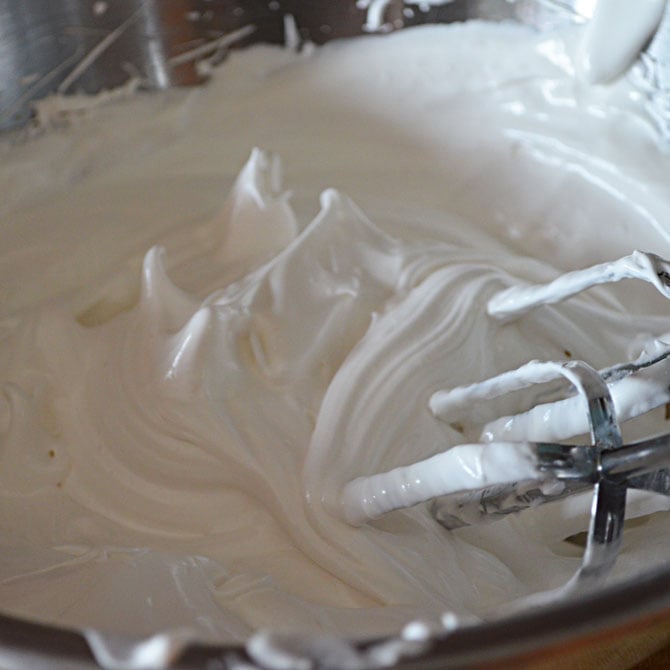 In other news, my cousin Ashley just got engaged, and guess who is the maid of honor?  This girl, right here.  Now, I’ve come up with about a billion ideas for Ashley’s wedding in the past few weeks, because I’m a bit out of my mind when I get the opportunity to be creative, and I love my cousin, and want to be the greatest maid of honor in the history of maid of honors. 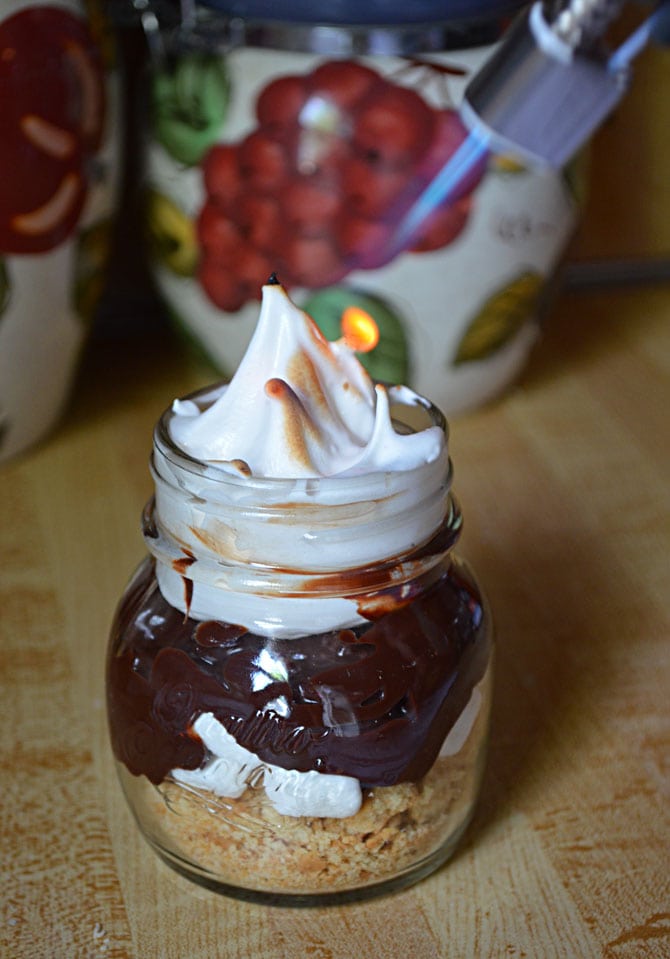 Somewhere along the line I must have become obsessed with the ideas of having s’mores at my one-day very-very-far-away wedding, because I probably pinned 300 s’mores related things and Ashley hadn’t even mentioned s’mores to me for her wedding. BUT, a few days ago, she did say she wanted s’mores favors, and I was relieved that I didn’t even have to drop a hint. I had too many good ideas to waste all of them. 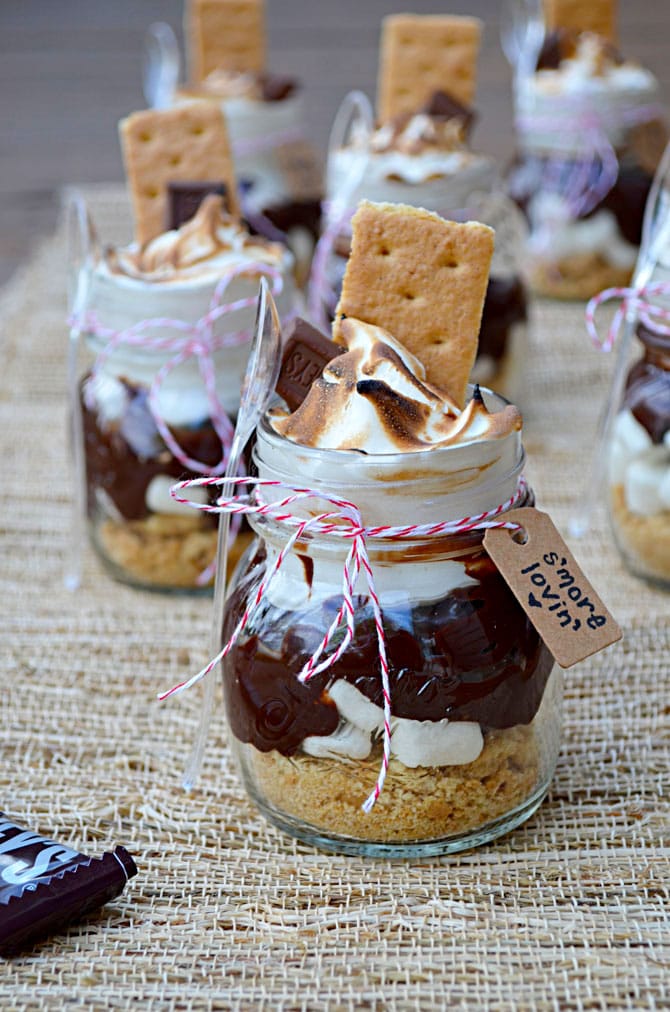 I don’t think I have to further explain how these came about, but I will say that I’m so glad that they did.  I decided that they should be easy and fun to make, because 1) Who wants to spend a million hours making party favors? and 2) They’re s’mores.  Let’s not over-complicate them. 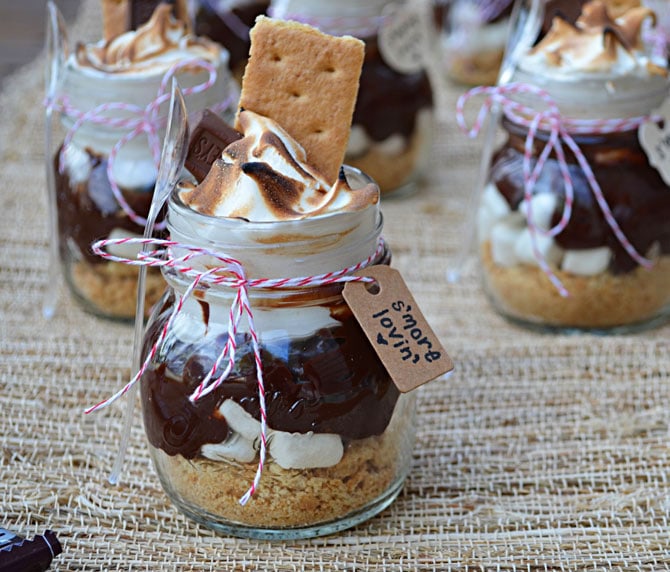 I think I found a great balance though.  With crushed graham cracker on the bottom, then a few mini marshmallows, a simple chocolate ganache and a quick marshmallow meringue, these don’t take very long to put together.  I used a kitchen torch to toast mine, but you can broil them quickly for a similar result.  I also garnished mine with extra pieces of graham crackers and Hershey’s bars, but feel free to leave those off and make the peaks of your meringue smaller so the lid can fit on top if you’d like to give them as gifts.  Whatever you do, just make sure you have fun with it, and save a few extras for yourself! 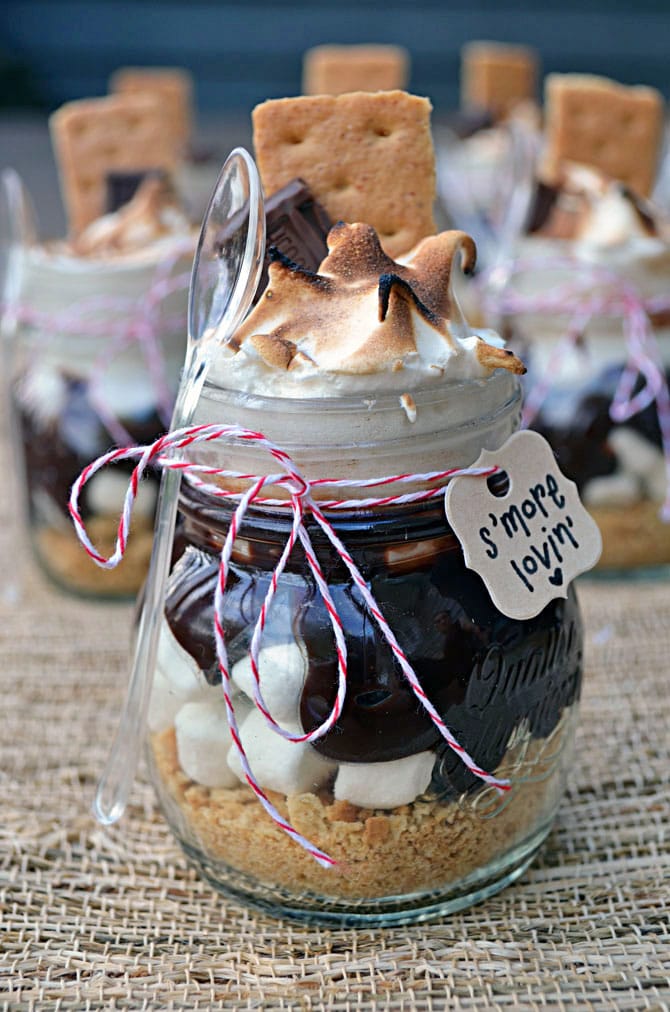