It’s not often that you see Asian food gracing tables or tailgates once football season begins.  There are hamburgers, hot dogs, wings, pizza, 7 layer dip, and of course, plenty of beer, but nothing to represent the world’s largest continent.  I, for one, think that this is a tragedy (okay, maybe that’s an exaggeration, but you get the picture), and I’m here to try to help right that wrong.  Today, I’m going to introduce you to a flavor explosion that every meat-and-heat loving sports fan should get his or her hands on immediately– Spicy Pork Bulgogi Sliders. 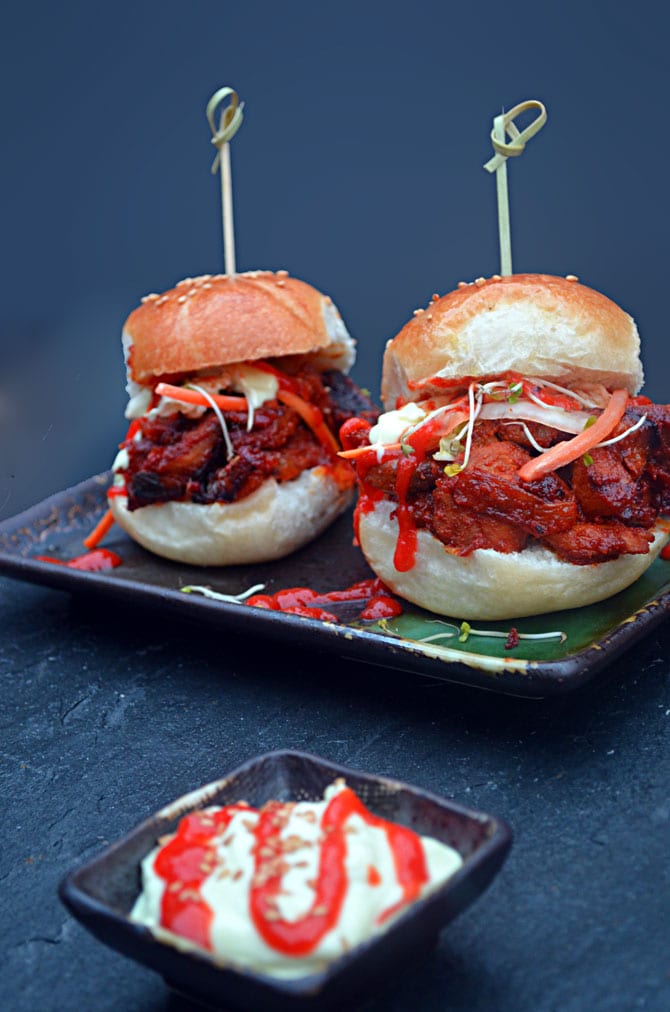 Bulgogi is a Korean meal most famously made with beef which has been marinated in a soy sauce based mixture.  Beef Bulgogi is great, and it’s one of the most well-known Korean dishes.  However, an even tastier dish can be found (at least in my opinion) when you opt for pork instead.  Pork Bulgogi doesn’t feature the signature soy sauce flavor of Beef Bulgogi.  Instead, Pork Bulgogi (or Dwaeji Bulgogi, as it’s called in Korea) is marinated and cooked in a fermented red chili pepper paste based sauce that is out of this world.  The paste is called gochujang, and it can be found at many grocers in the international aisle or at any Asian market, so don’t worry!  It’s a tad sweet and salty, spicy, and all-around delicious, and it will have your favorite football fans cheering for you when you use it in these sliders!

I topped my sliders with Kimchi Slaw, Wasabi Mayo, and Sriracha, but feel free to get creative if you’d like to switch things up.  I recommend eating these while sipping a cold Hefeweizen, which will balance the spiciness and bring out some of the sweet pepper flavor.  Sounds like my kind of meal!  Well, actually, it is… because I made these, and I ate them in that exact manner, and I would and will do it again.  You know what I meant though. 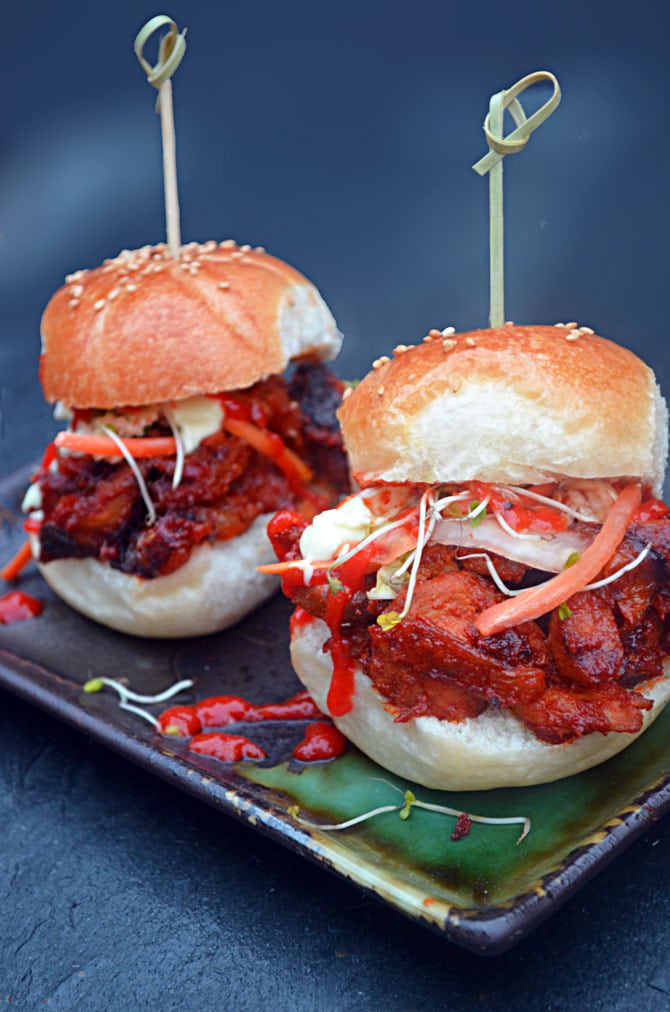 For the Kimchi Slaw:

For the Wasabi Mayo:

For the Pork Bulgogi:

For the Kimchi Slaw:

For the Wasabi Mayo:

Put it all together!: