I am so obsessed with this recipe, I wrote a haiku about it.

Oh, succulent hog
With walnut crust and cider
Is this how love feels? 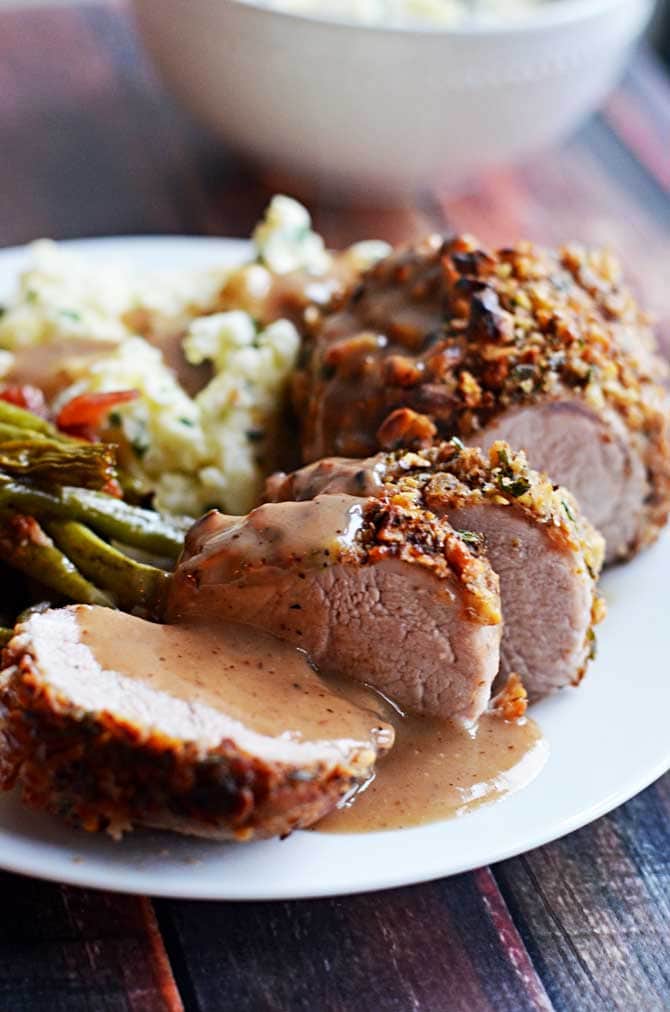 …Perhaps not my greatest work of poetry, but the recipe is far better than my writing, luckily.

This Walnut-Crusted Pork Tenderloin with Apple Cider Gravy is now one of my new favorite impressive dinners.  Everyone who tried it kept asking for more and commenting on how juicy and flavorful it was.  (Thus disproving James’ aforementioned theory that “the people hate walnuts.”  Boo-ya, walnut-hater!)  The walnuts add crunch to the pork, which itself is tender and dripping and all of the things you can only hope for when sinking your teeth into some tenderloin.  The sweet-and-savory Apple Cider Gravy takes it over the top.  It’s everything you’re imagining it would taste like, and more. 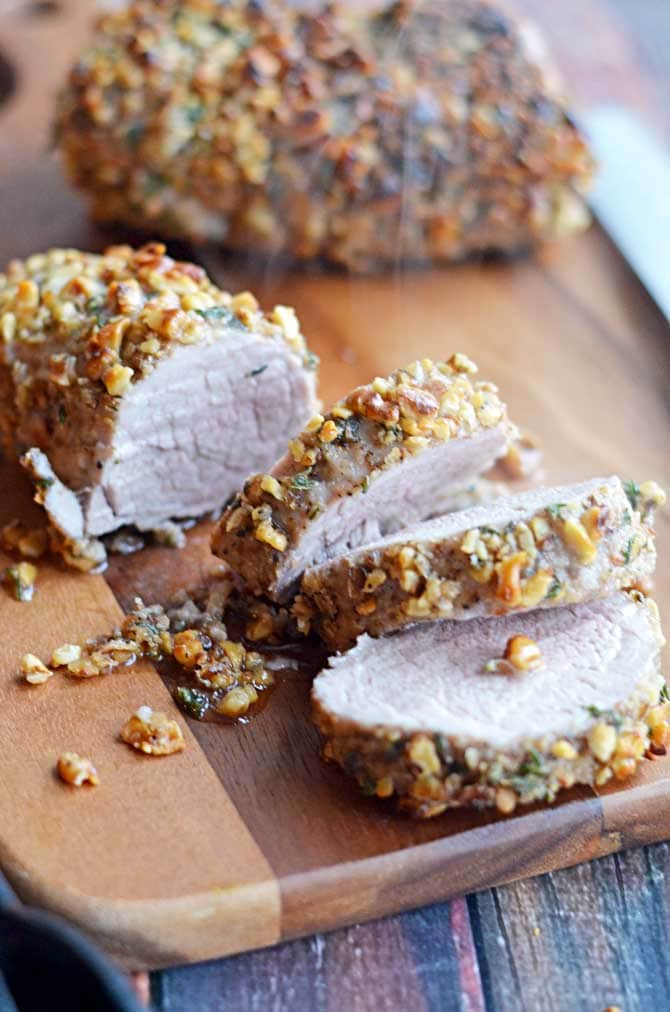 I served mine with some green beans and a hefty hill of Goat Cheese and Chive Mashed Potatoes, which also happen to taste amazing with Apple Cider Gravy.

For the green beans, I simply sprinkled some green beans with brown sugar, salt, and a tiny bit of garlic powder and roasted them with chopped bacon in a 400 degree oven until the bacon was crispy, tossing occasionally.  I was going to make a separate post for that but my photos of the green beans were very blurry for some reason!  Sigh.  Food blogger problems. 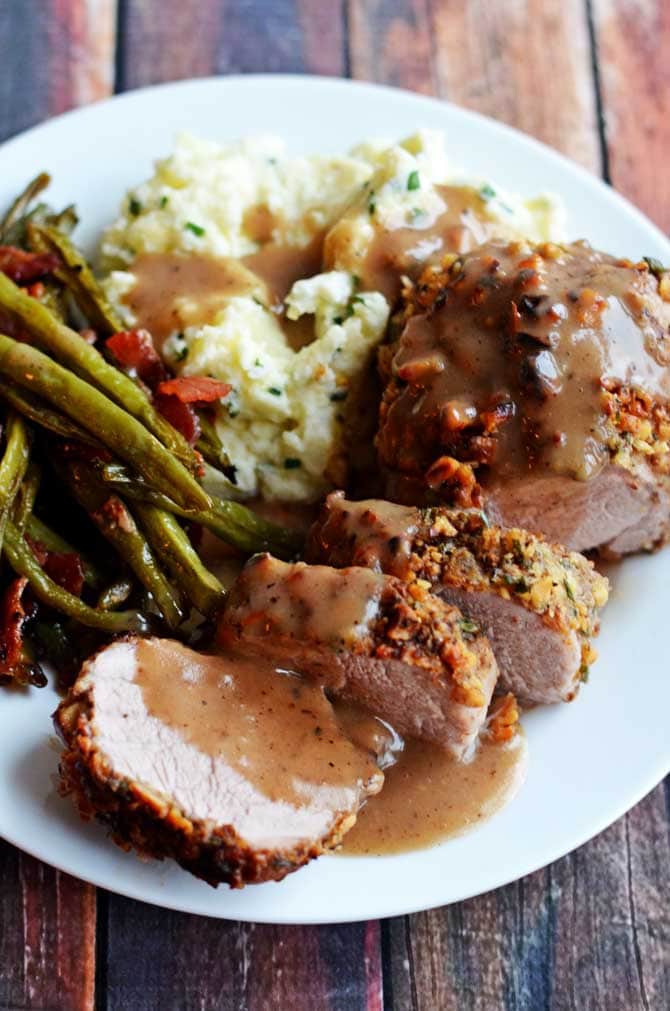 But anyway, I do have the recipe for the pork and cider gravy all typed up and formatted for you, so don’t hesitate to give it a try!

For the Apple Cider: