This post is sponsored by Smithfield, who noticed my ongoing brat-obsession and decided to help make these bacony bratwursts possible. 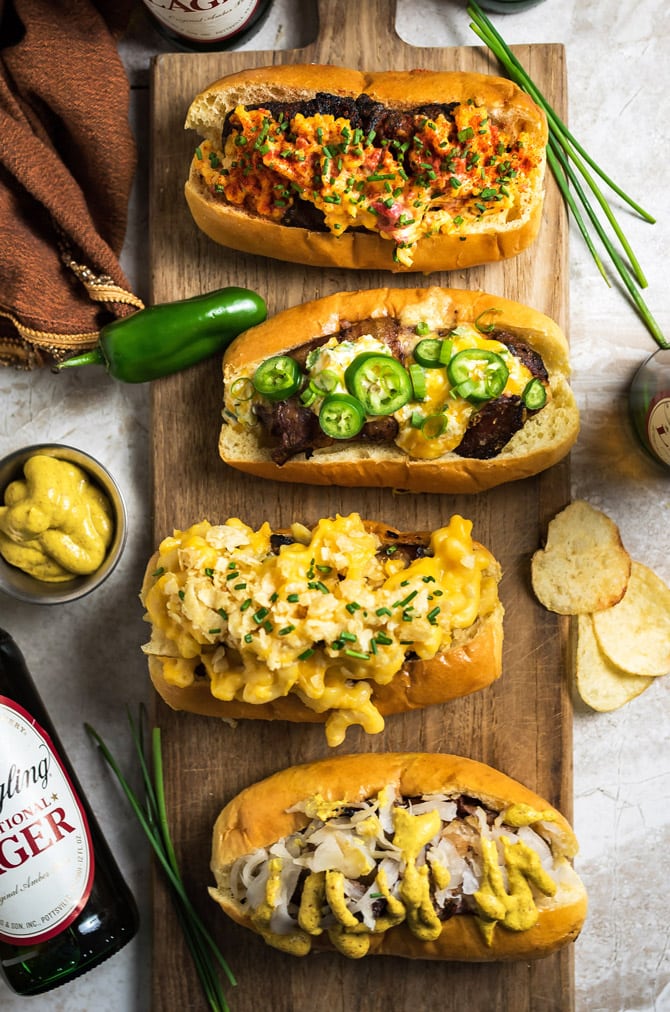 I wasn’t sure if I should post this recipe or destroy it immediately, because I’ve gotta be honest, it’s going to ruin run-of-the-mill grilled sausage for you. Once you’ve had Bacon-Wrapped Stuffed Beer Bratwurst you can never go back. They’re smoky, crispy, juicy, flavorful, and filled with your favorite ingredients, so you know… proceed with caution. 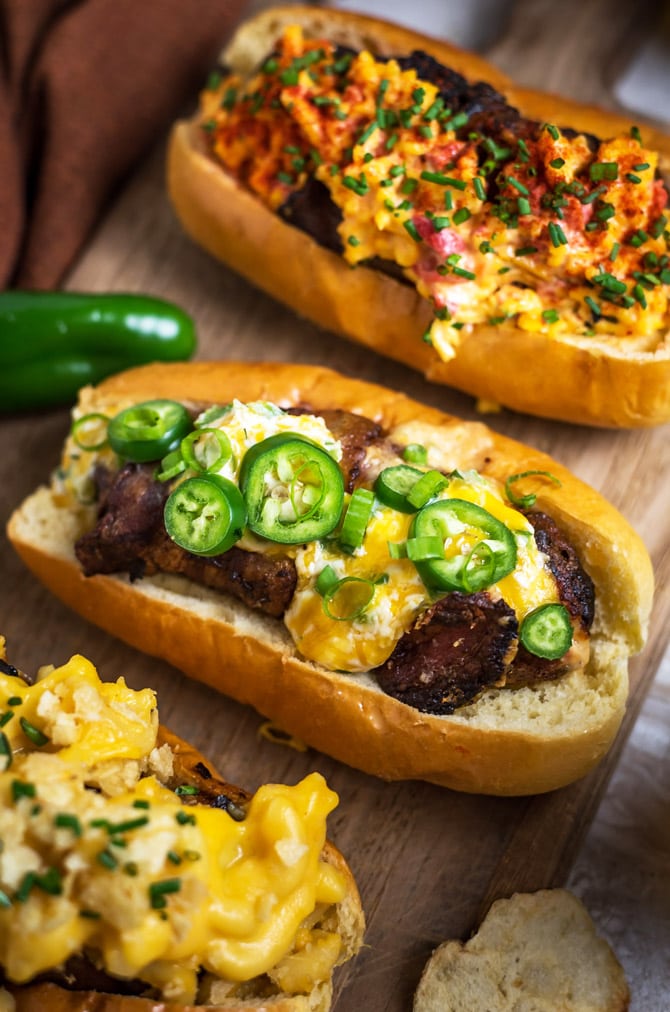 Before I get to the fillings though, let’s start from the ground floor.

You can dress ‘em up as much as you like, but your Bacon-Wrapped Stuffed Beer Bratwurst aren’t going to be amazing unless you’ve got a great foundation to build off of– AKA some killer beer brats. 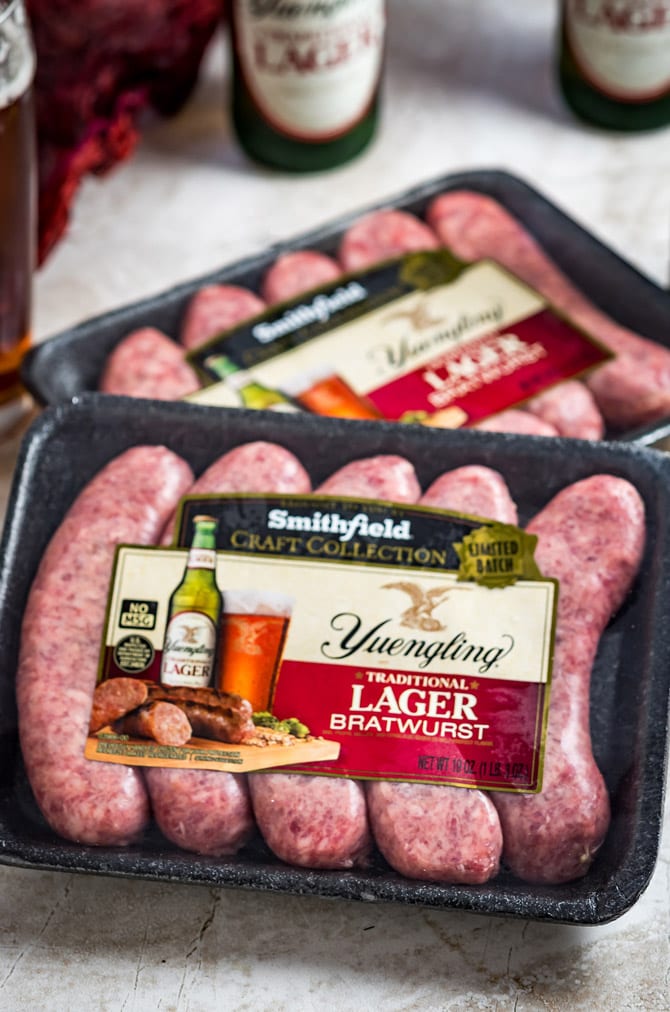 Smithfield’s Craft Collection is perfect for the part, combining the flavors of Smithfield bratwurst and the nation’s finest handcrafted beer. And seeing as I grew up in the Greater Philadelphia Area, I just had to go with a local favorite (from the oldest brewery in the United States, I might add): Yuengling.

If you’re on the East Coast like I am, you can get Smithfield Yuengling Traditional Lager Bratwursts for a limited time throughout the grilling season at East Coast grocers like Wakefern. If you’re elsewhere, consider trying other varieties of the Smithfield Craft Collection. You can find more information about the available varieties and shopping locations at Smithfield.com. 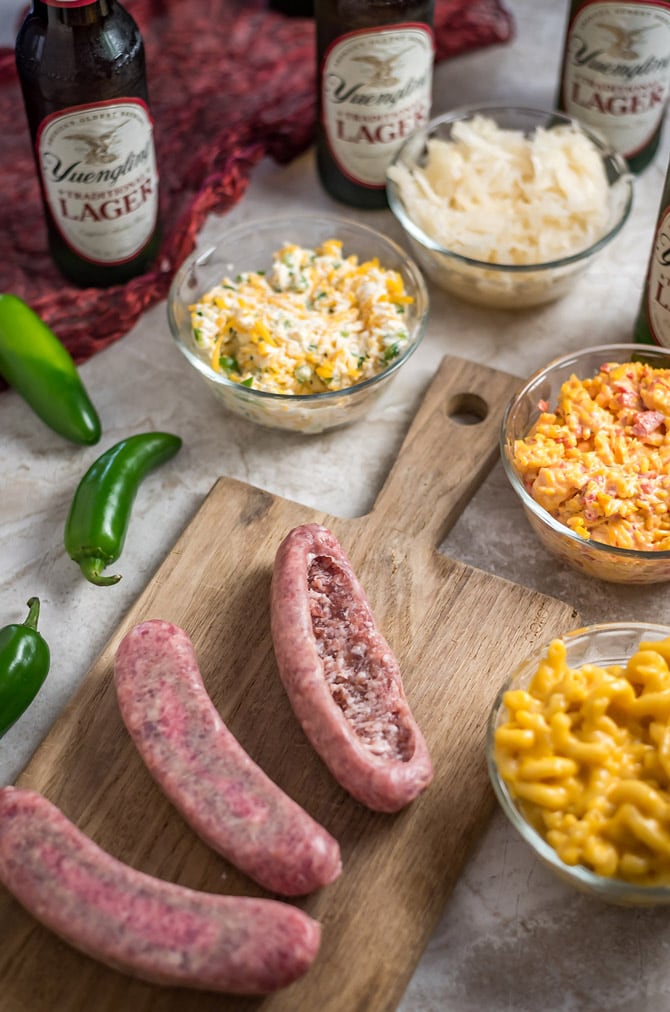 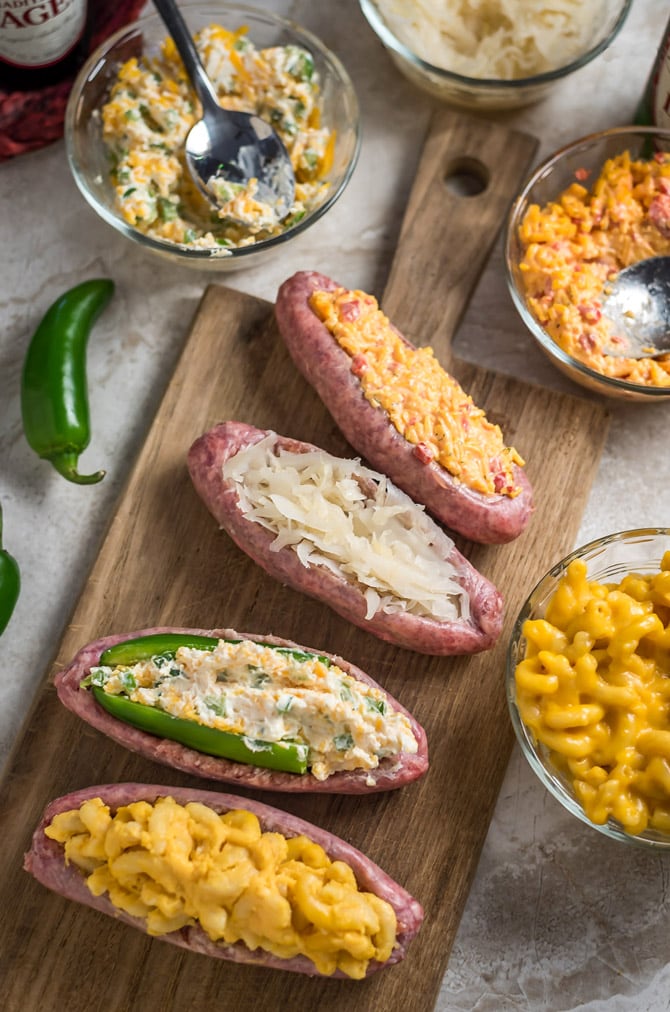 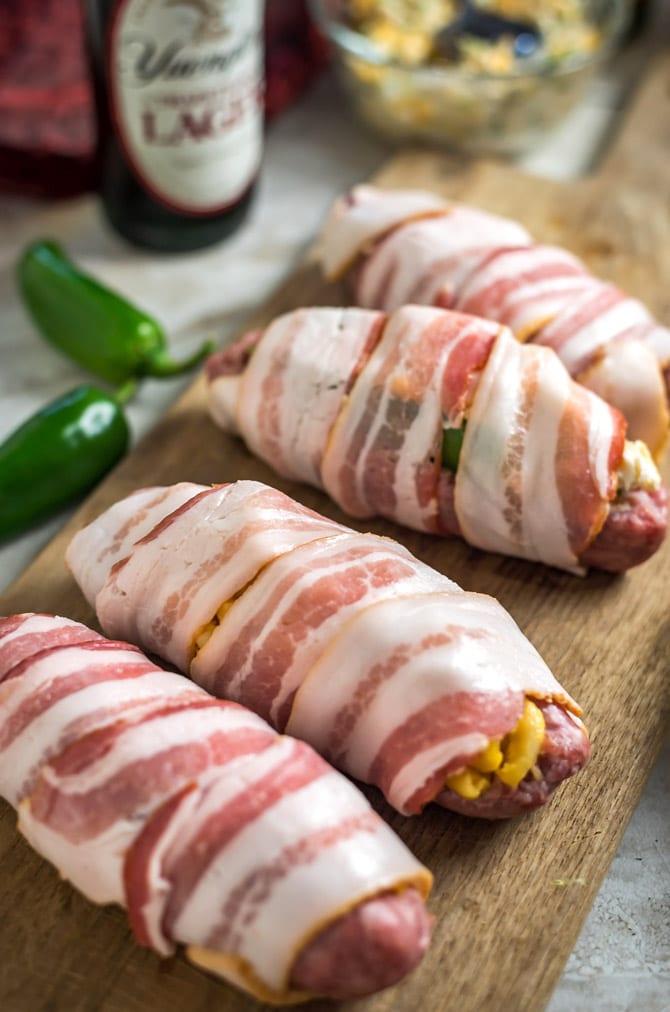 The beer brats are bold and delicious on their own, but when I’m firing up the grill to feed some guests, I like to go all out. The best way– at least according to all of my friends who tested these– is to stuff them with flavorful fillings and wrap them with bacon to hold it all together.

I decided to make 4 different filling varieties for mine: mac n’ cheese, jalapeño popper, sauerkraut, and pimento cheese. Each one only requires a handful of ingredients, but adds a ton of excitement (and cheesiness) to the brats. Well, except for the sauerkraut one– there’s no cheese in there, but the added vinegar and crunch from the sauerkraut is just as delicious, and it’s great for any friends who don’t eat dairy. 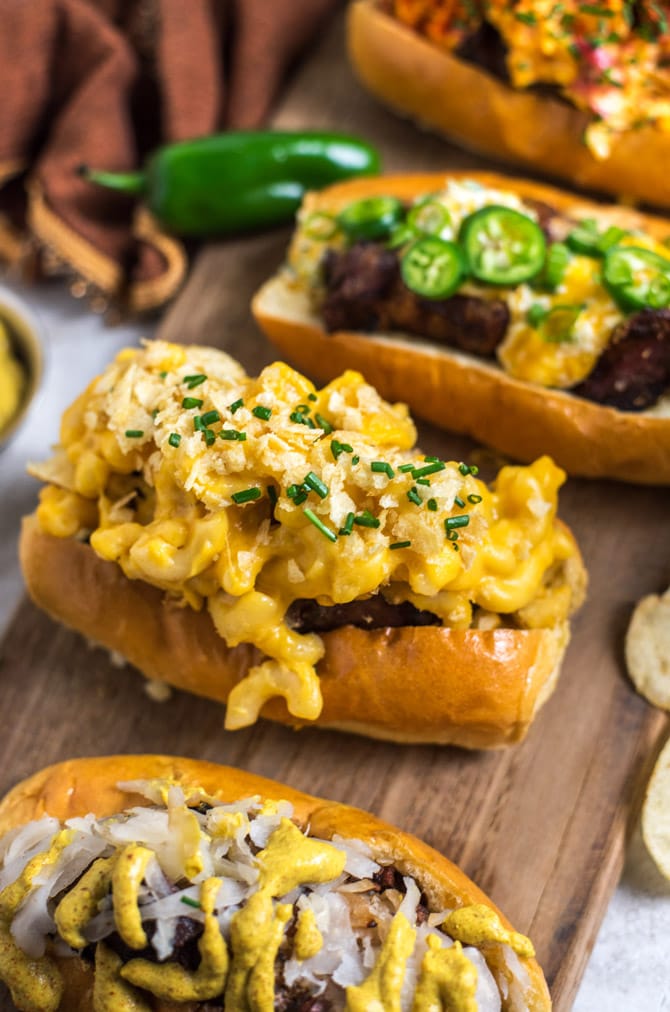 My personal favorite was the mac n’ cheese version, but each of my friends had a different filling they went wild for. Make ‘em all, stuff ‘em in, wrap ‘em up, and grill ‘em til they get that awesome char on the bacon and the filling begins to melt over and bubble (well, at least if you make the cheesy versions). Then tell me which is your favorite.

For the Mac N’ Cheese Fillling:

For the Sauerkraut Filling:

For the Jalapeño Popper Filling:

For the Pimento Cheese Filling:

For the Bacon-Wrapped Bratwurst:

For the Mac N’ Cheese Filling:

For the Jalapeño Popper Filling:

For the Pimento Cheese Filling:

For some extra spiciness, cut off and discard the tops of additional jalapeños. Slice them longways down one side, use a spoon to scoop out the seeds and membranes, and fill the jalapenos with the popper filling mixture. Stuff the stuffed jalapeños inside of the bratwursts and surround with extra filling before wrapping with bacon.

This is a sponsored post written by me on behalf of Smithfield Yuengling Traditional Lager Bratwursts.