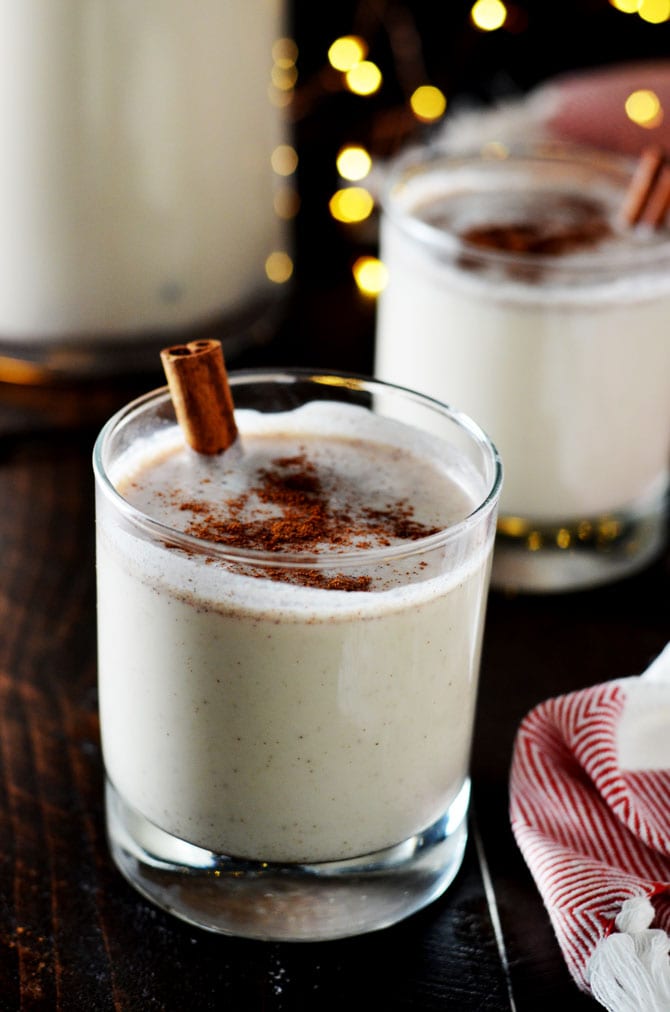 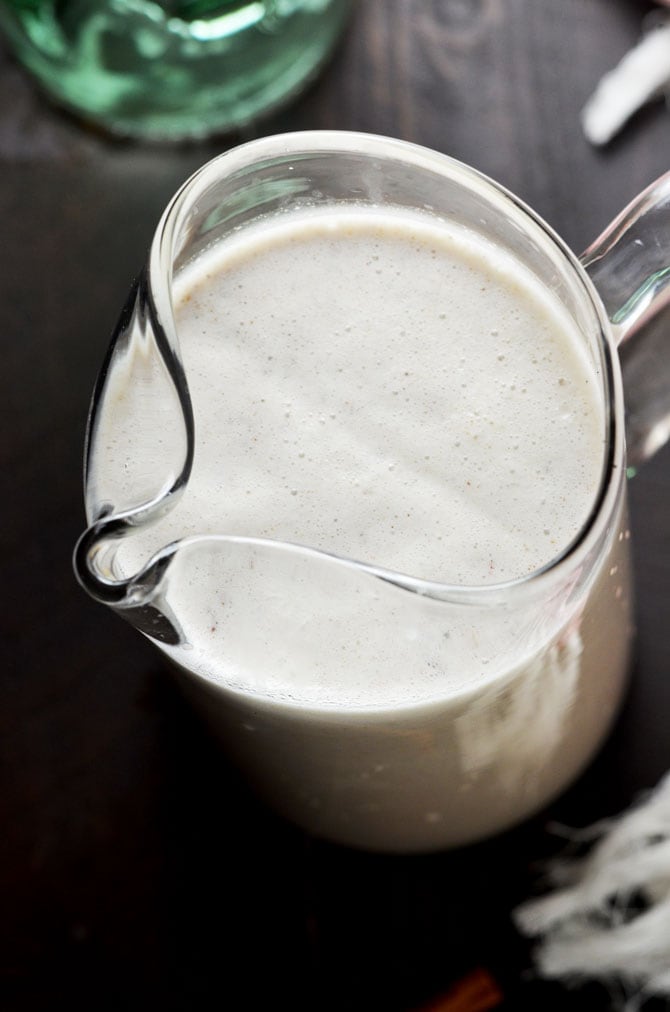 Often considered to be the Puerto Rican version of eggnog, Coquito is a Christmas cocktail that starts showing its delicious face at family gatherings starting as soon as the day after Thanksgiving. I believe all of my Puerto Rican friends would agree that you need as much of a window as possible to enjoy this creamy, sweet, and boozy drink. After all, to many, the Christmas season without Coquito is as blasphemous as one without cookies– that is to say that it would be downright unthinkable. 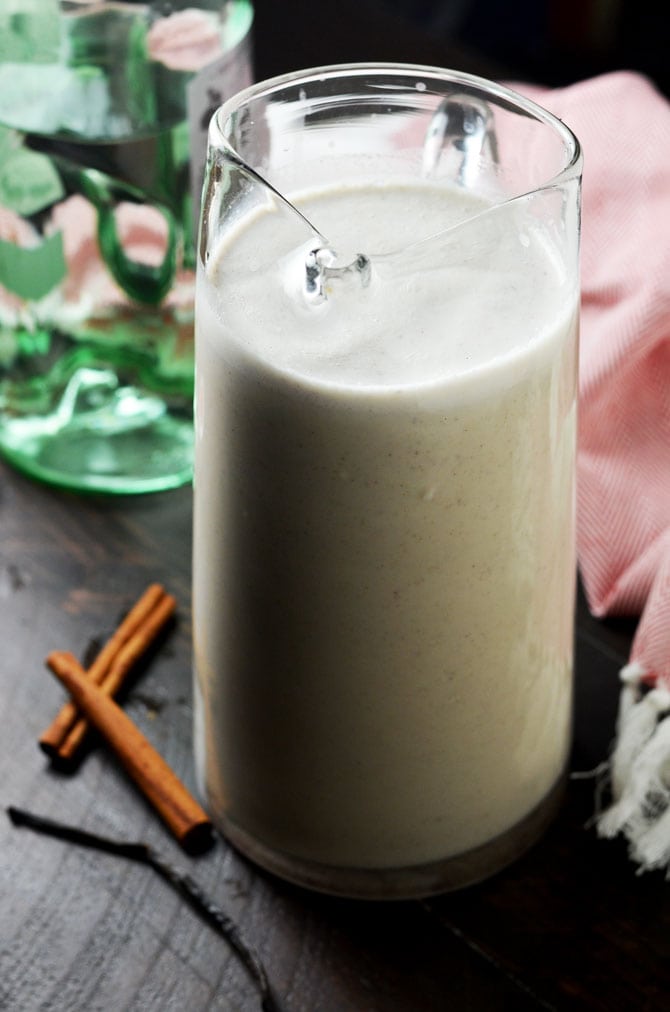 Coquito means little coconut in Spanish, which makes sense after one sip of the coconut milk-based cocktail. It is thick and rich, and generally served over ice with a sprinkle of cinnamon.

Some people will argue that the recipe must contain egg yolks to be authentic, while others swear up and down that Coquito with eggs isn’t Coquito at all– it’s actually a different drink called “Ponche”. I won’t begin to try to tell you which side is right, but I will say that I prefer the egg-free version because I worry less when bottling and gifting it to family members who might be older or otherwise at risk when it comes to consuming raw eggs.

Yes, it’s an awesome last-minute, homemade present for the holidays. It stays quite well in the fridge, although it does tend to thicken up when chilled so you will have to let it sit out at room temperature for a bit before serving. 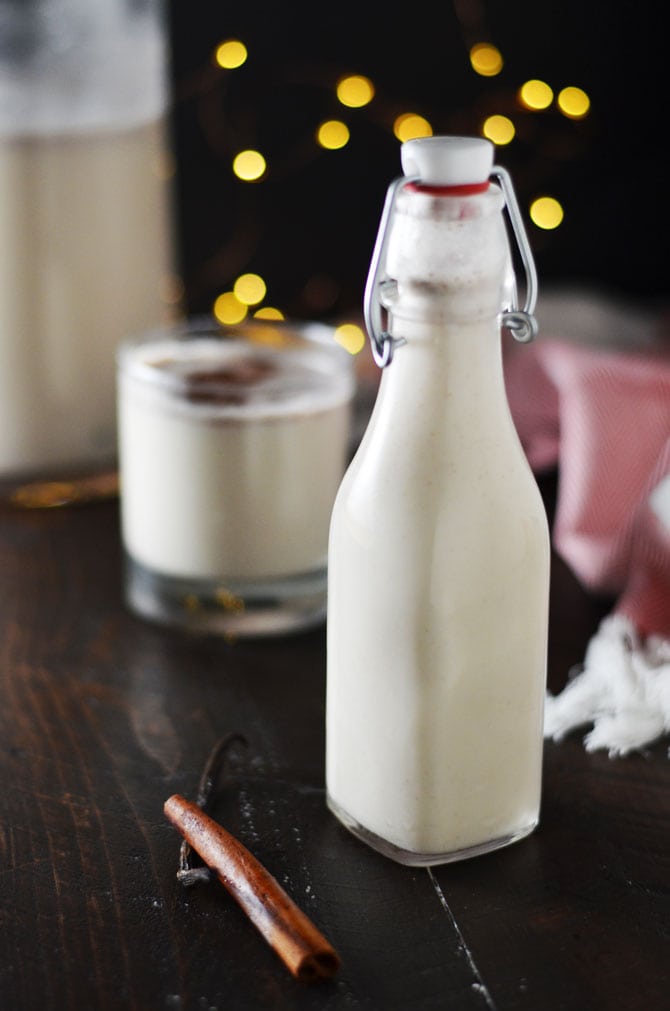 Many recipes recommend using a whole coconut to get the water, milk, and coconut meat for Coquito, but I’ve found that canned products make a surprisingly good alternative, and of course are much easier and quicker to use. Split vanilla beans and fresh cinnamon sticks add some oomph to the mixture, and some ground nutmeg (and more cinnamon) really give it that wintery, comforting flavor. 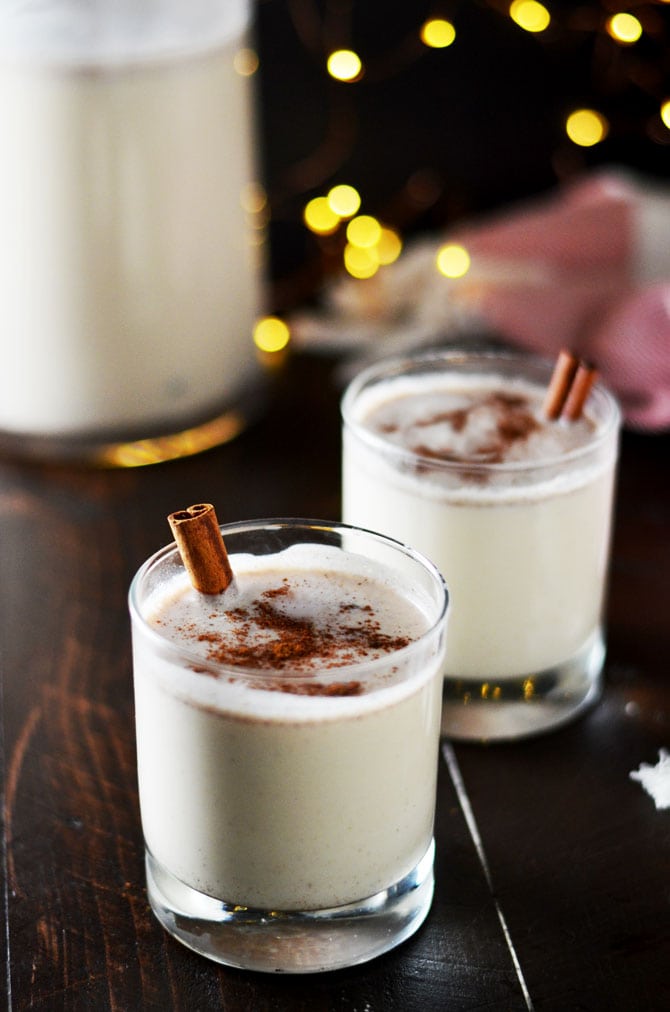 Give it try this holiday season! Don’t forget to take a picture and tag #hostthetoast on Instagram or Twitter to show off your Christmas creation!