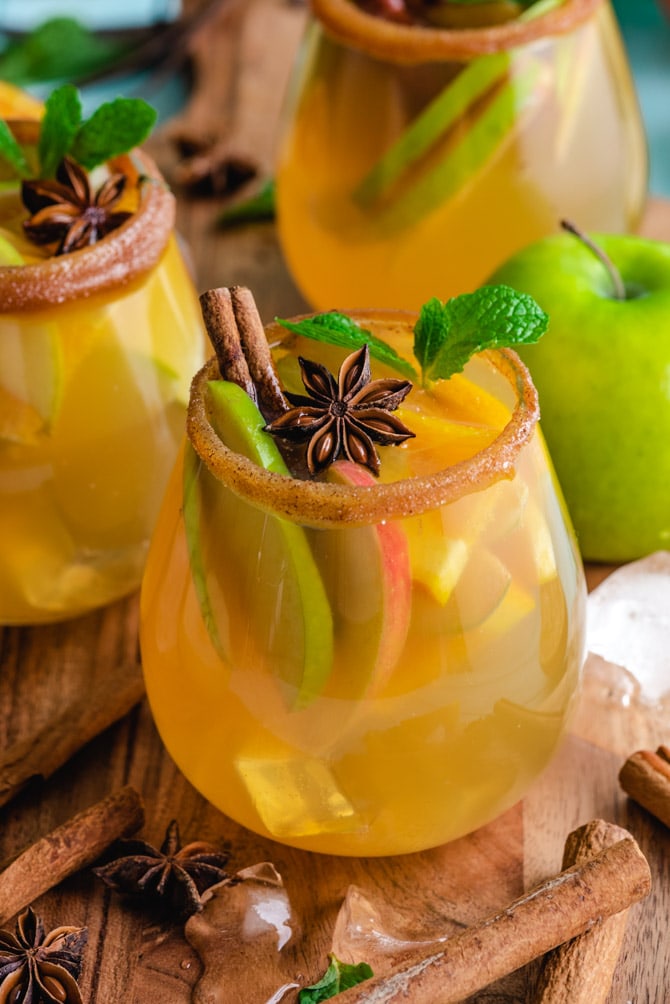 There’s no denying it: The holiday hustle is here and it’s time to buckle down. But first, sangria.

With all of the holiday rush and fuss, while we’re frantically coordinating with family and planning the perfect Thanksgiving feast, it’s almost impossible to relax and– you know– genuinely enjoy the season. But I, for one, think we all deserve to take a moment to drink a fantastically fall-worthy beverage and take the edge off a bit. Specifically, one that features warm whiskey, crisp white wine, an abundance of fruit, spiced apple cider, and a caramel cinnamon-sugar rim. 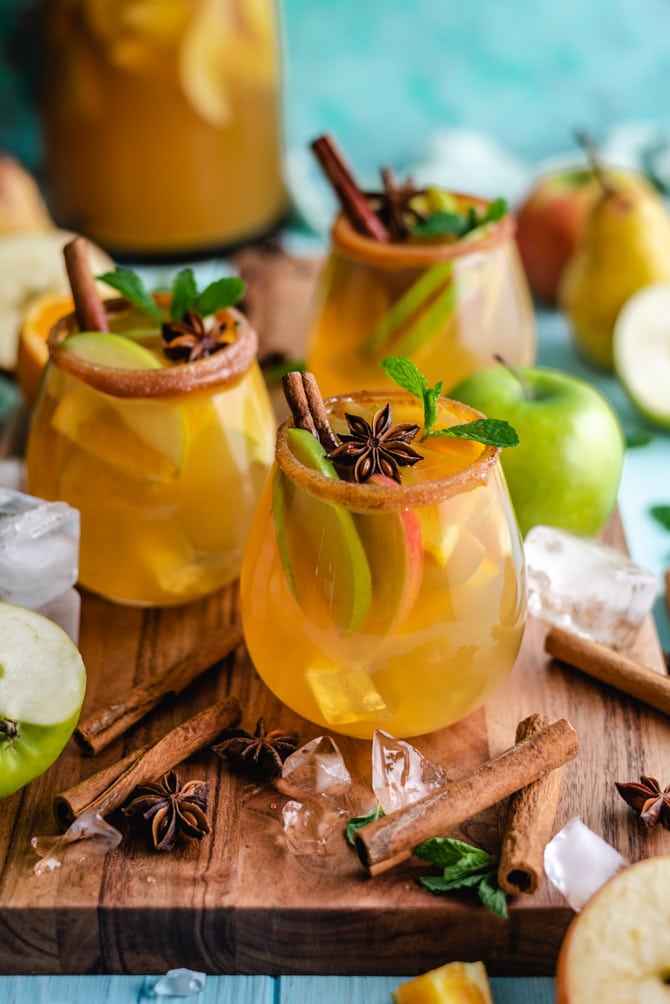 What do you think?

If this Apple Cider Sangria doesn’t seem like exactly what you need to survive your uncle’s wacky political banter at the Thanksgiving table, I don’t know what does. You could also make a batch for your Friendsgiving get-together (where it will be much appreciated), or maybe you’d just like to drink it on a cold fall day as you angrily eye everyone who is already putting out Christmas decorations. The point is that there’s really no wrong time to enjoy this sangria. As long as you can get your hands on some cider, it’s sipping time, and you’re going to love every second of it. 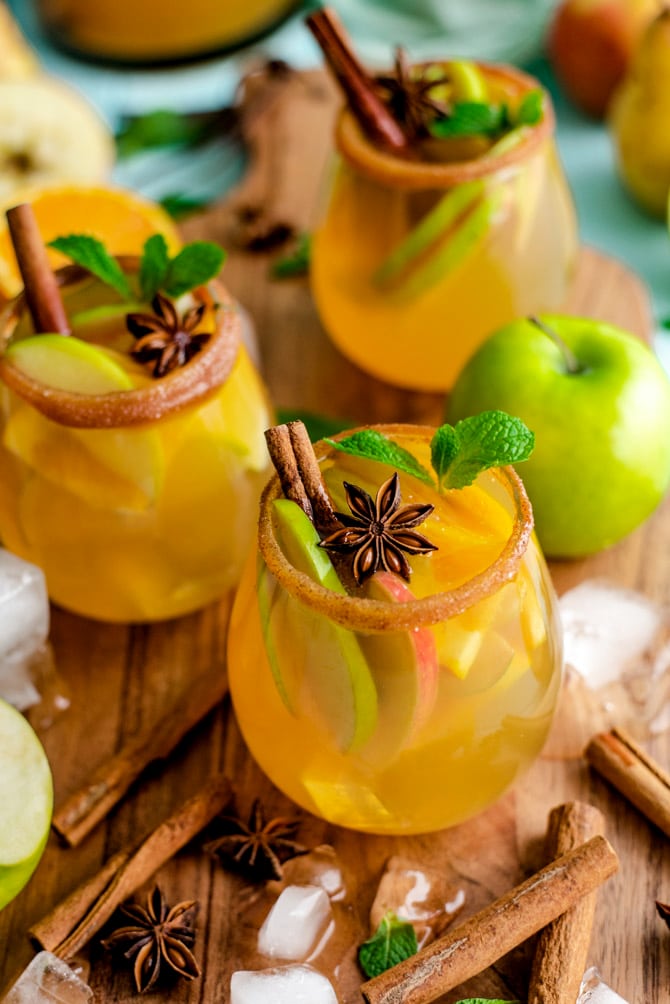 Like most sangrias, Apple Cider Sangria allows for a fair amount of customization, so feel free to go off-script a little here. However, my favorite way to make it is definitely with the following ingredients: 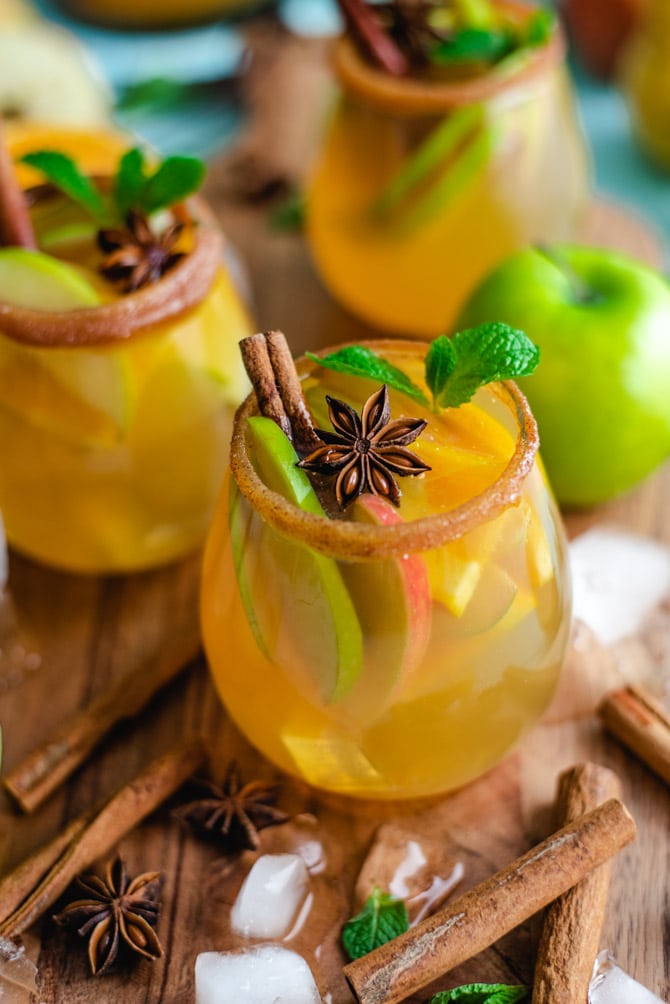 I guess “fast” might be misleading– this recipe does taste best after refrigerating for at least a few hours to give time for the flavors to meld– but the actual process of making the Apple Cider Sangria takes mere minutes. What more could a person ask for when it comes to a drink for the holiday season? There’s enough in one pitcher’s worth to serve to the family, but the effort is super minimal. Not to mention, the fact that you can and should make the sangria ahead means that you don’t have to fuss over anything when your guests arrive! 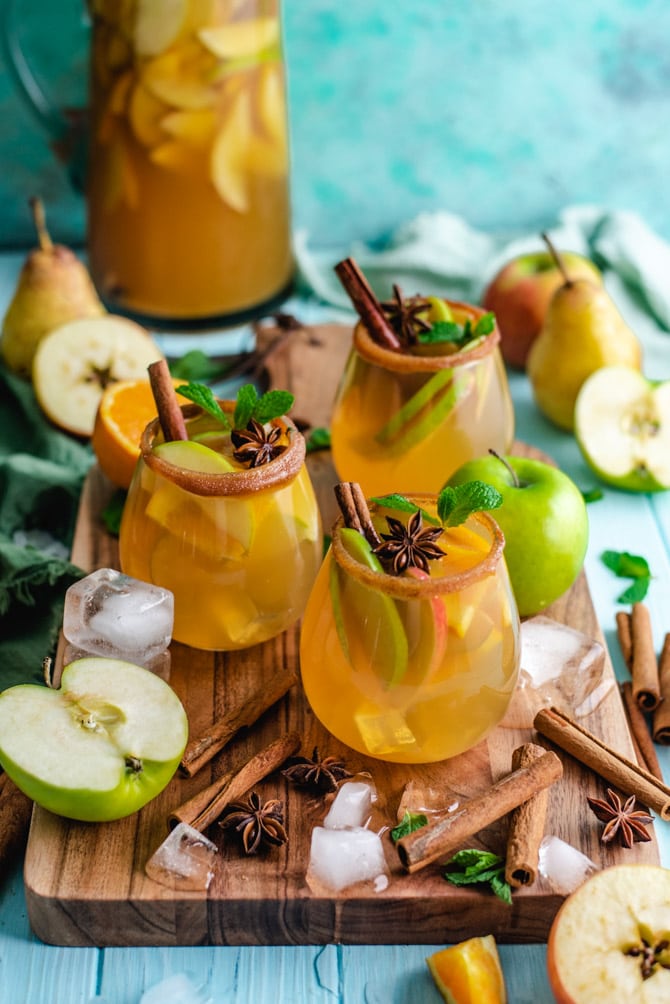