“Doughnuts.  Is there anything they can’t do?” – Homer Simpson

When I was in kindergarten, my mom and my childhood best friend’s mom would take turns driving us to school every morning (there were no buses that went to our area), and every time Talia’s mom drove, we’d stop to get fresh doughnuts at a local bakery.  This was really exciting for me, because although my mom would bring home a doughnut once in a blue moon, I was able to have a special treat every other morning.  Also, I was five.  Of course doughnuts were the highlight of my day. 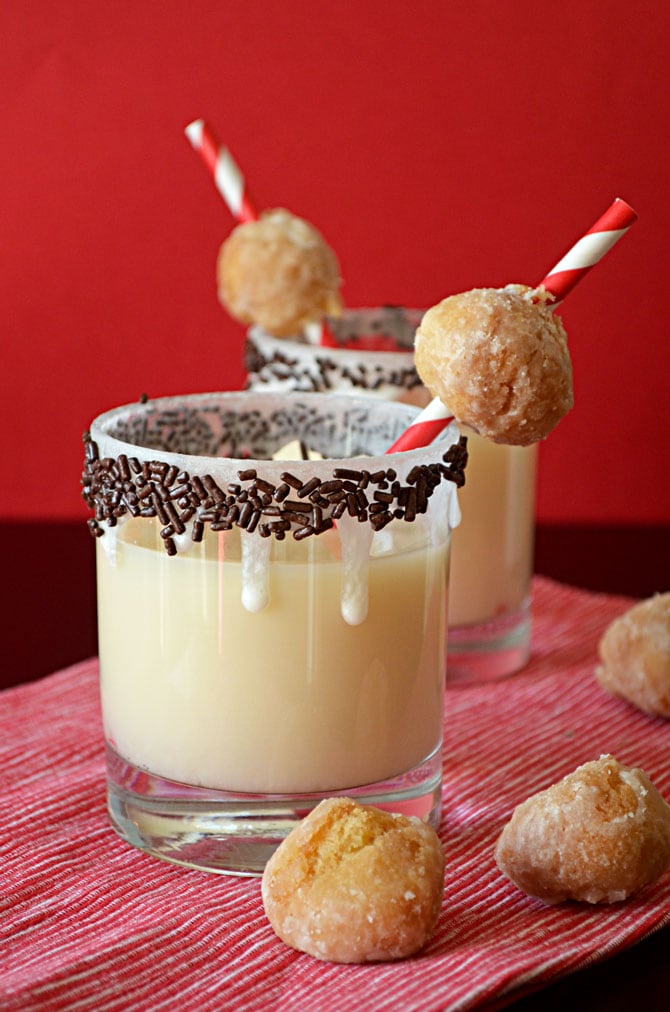 But a few years later, both Talia and I switched schools, and there were busses available this time.  Sadly (or luckily, depending on how you look at it), this  meant no more doughnut morning ritual for us.  Doughnuts were once again a special treat that we scarfed down every once in a while, and I began to forget just how good a fresh doughnut could be.

For many years, I went virtually doughnut-less, maybe eating one or two a year at most.  They were usually slightly stale from being picked up at Wawa at the end of the day and eaten the next morning for breakfast, or from Dunkin’, which no longer makes doughnuts on location.  It wasn’t until I went apple picking with James a couple of weeks ago that I had a freshly made doughnut again, so sugary and hot that it melted in my mouth.  The spark of doughnut love was reignited.  I’m not being dramatic, that doughnut deserved to have Shakespeare-esque sonnets written about it.  Really.

I’ve tried to resist the persistent urge to buy more doughnuts since then (believe it or not, the days when I cook for the blog are my “eat whatever you want” days, but I try to eat somewhat healthily otherwise), but it seems like everywhere I have gone, people have been talking about doughnuts.  My friend Elysse brought up “The Doughnut Theory” from The Five Year Engagement only a few days after my apple picking encounter.  I found out that Starbucks is debuting a doughnut-muffin.  L.A. Creamery just decided to make a line of doughnut ice cream sandwiches.  People are still talking about the cronut. 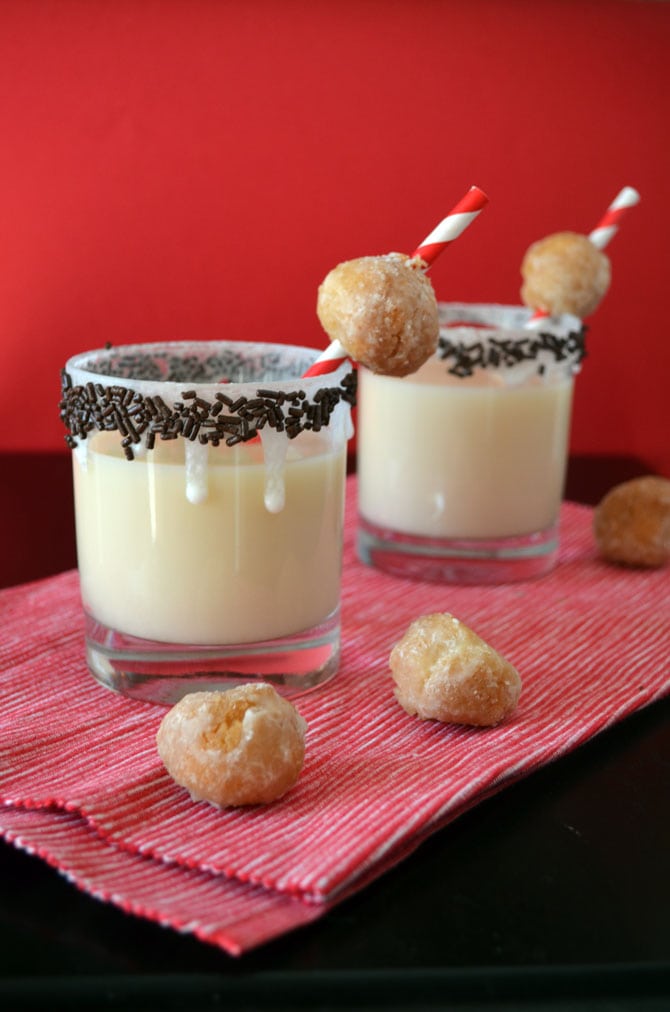 So not only were my cravings for doughnut glory getting more intense, but I also began to think about what cool, different uses and variations of doughnuts there were.  I thought, why not a cocktail?  And so the idea was born, and a few days later, I came up with this tasty creation.

It’s not overwhelmingly doughnut-y, but the flavors are definitely there.  Along with a glazed rim with sprinkles and a doughnut hole straw, these cocktails look and taste awesome.  I’d even venture to say that Homer Simpson might choose one of these over his go-to Duff beer.

This Glazed Doughnut Cocktail is tasty, fun, and looks great! Perfect for a grown-up spin on a childhood favorite.