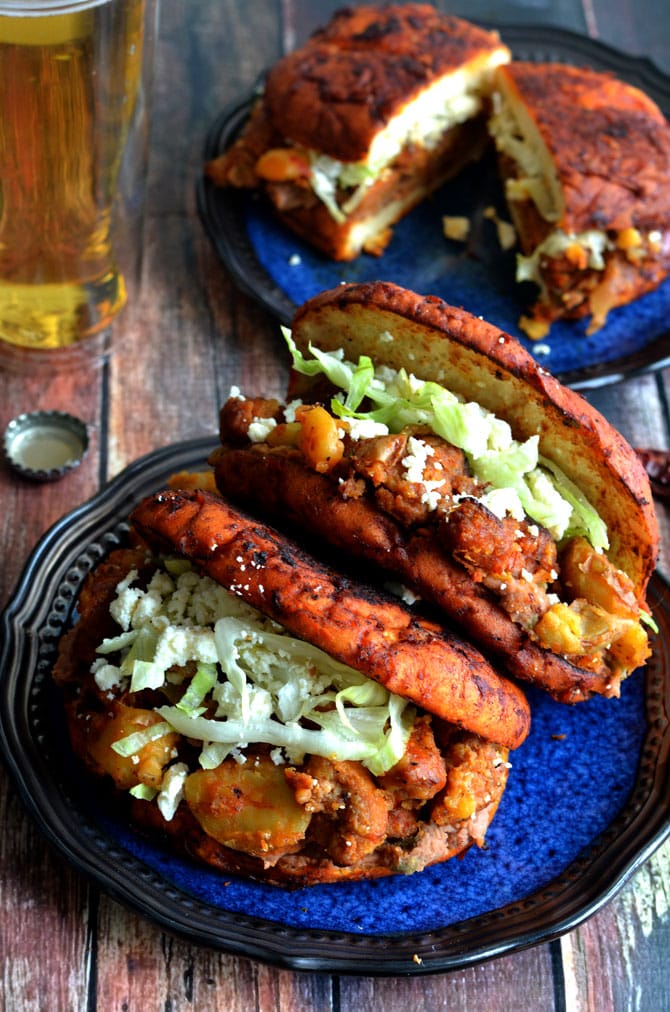 But what is a Pambazo? It’s a guajillo salsa-dunked sandwich that’s traditionally filled with spicy chorizo and potatoes. In other words, it’s a Mexican sandwich that is right up my alley. 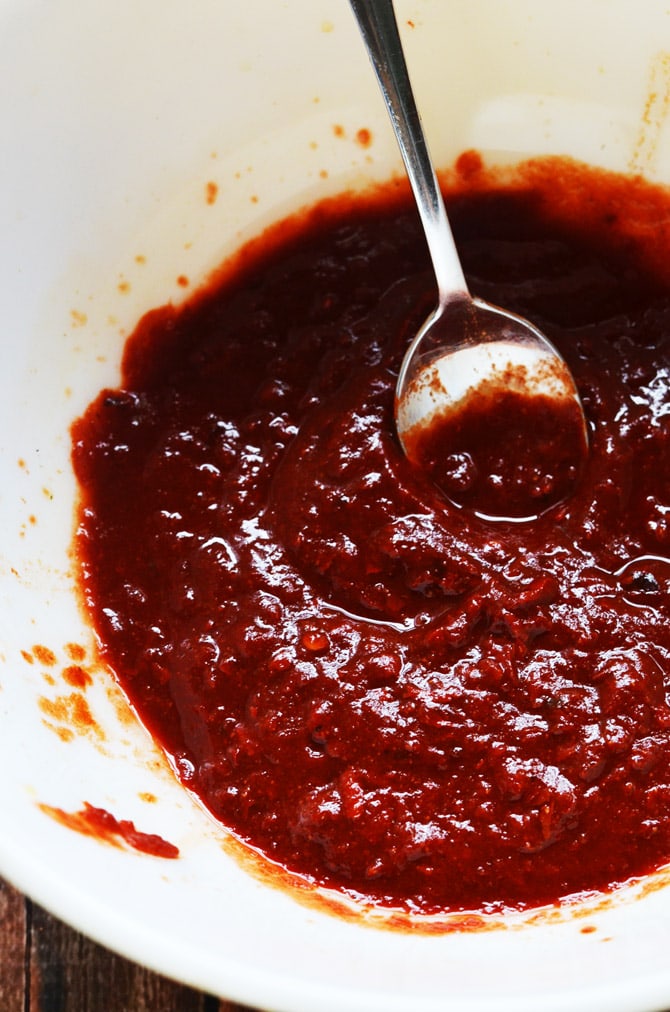 The salsa– a guajillo pepper sauce– is made from scratch, but it’s really quite simple. Dried chiles, diced onions, garlic, a bit of salt, and water is all it takes to make a delicious, vibrant sauce to bathe the bread in. 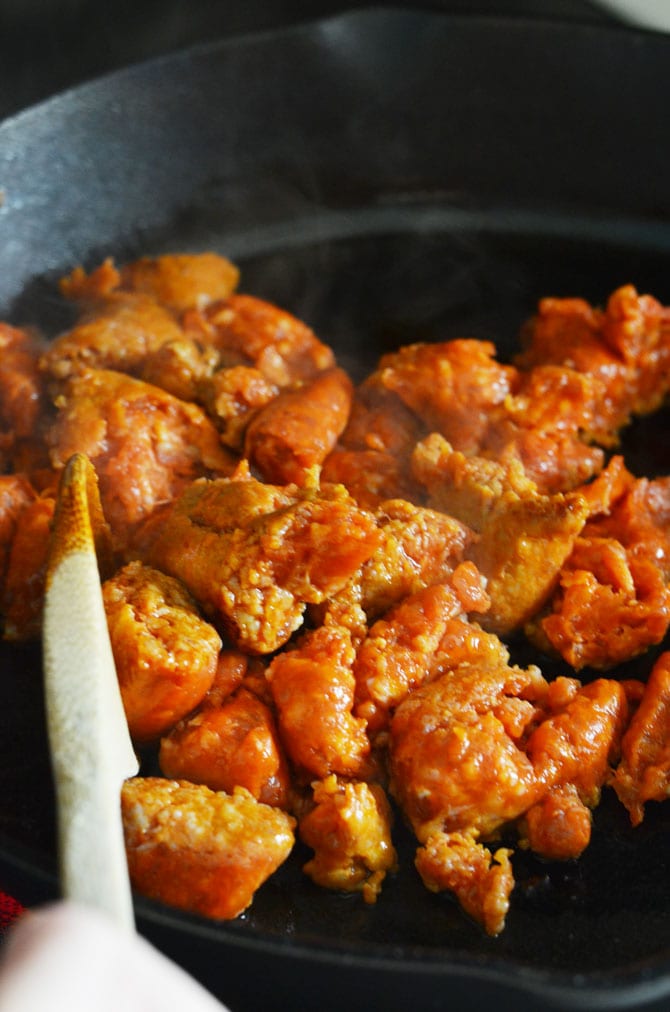 The potato and chorizo filling is a popular one in Mexico, and you’ll find in everything from tacos to breakfast bakes. The potatoes soak up a lot of the spicy chorizo sausage flavor as they crisp up, which is great because chorizo is one of the most delicious things ever created. Or at least I think so. (For further proof, see here, or here, or here, or here… and so on.) 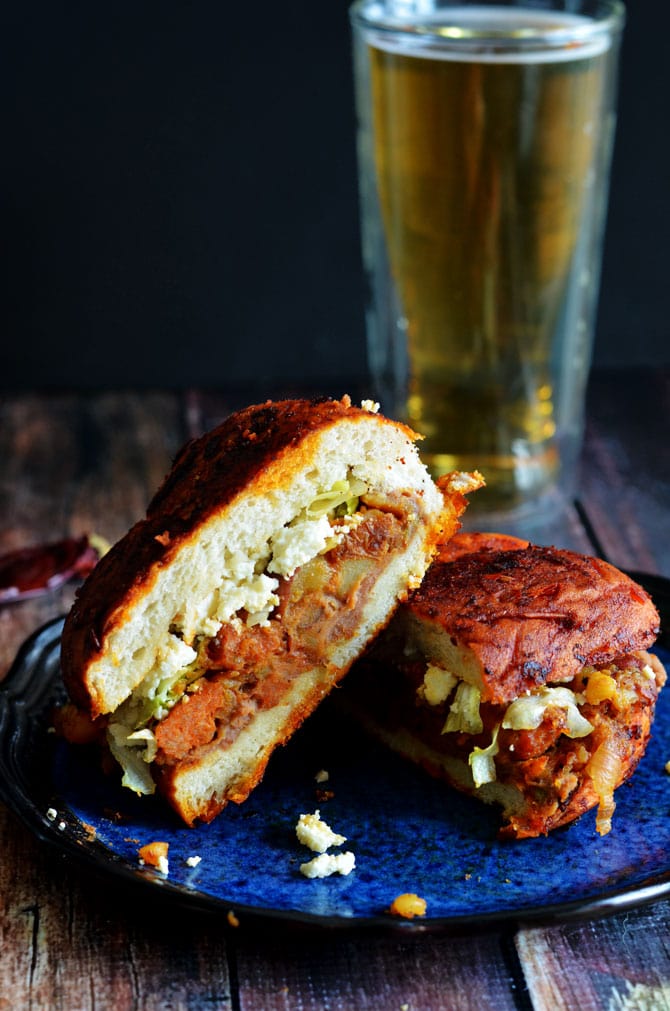 But while the potato-chorizo filling is delicious, the refried beans are creamy, the lettuce is fresh and crisp, the cheese is salty, and the sour cream is cooling, the real star of the show is not the filling. It’s the bread.

Typically, Pambazos use pan basso, a tough and chewy white bread that keeps its shape and texture after it’s soaked in the sauce. Pan basso can be difficult to find the further away from Mexico you go, but other sturdy rolls such as Portuguese rolls can be substituted. 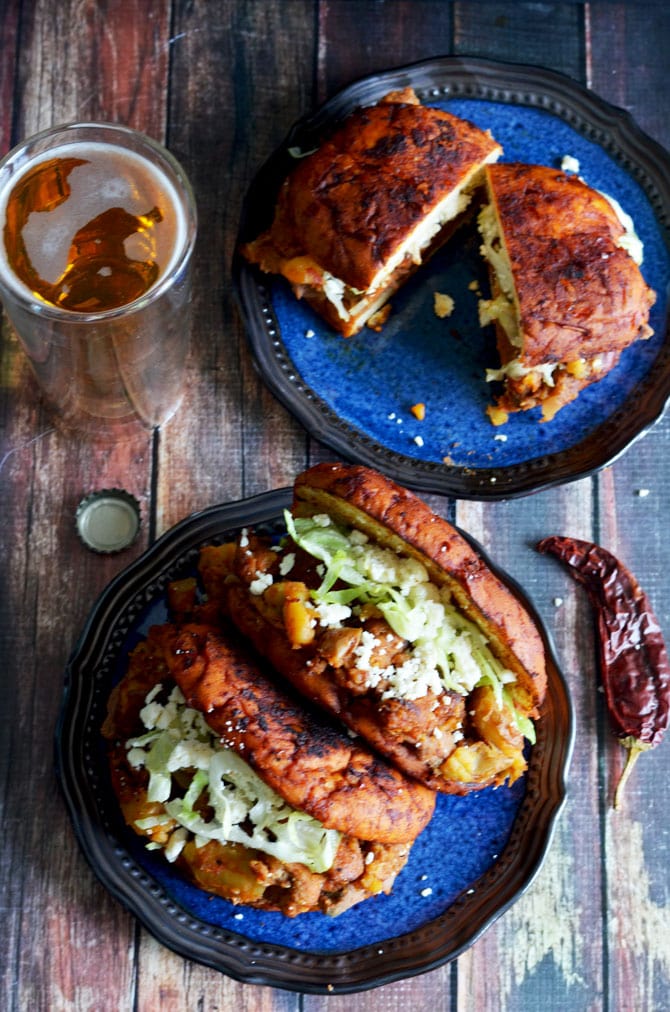 After the rolls are dunked, they’re griddled or fried in a bit of oil until crisp, and then stuffed with a generous amount of the fillings. James and I like to wash ours down with a few cold cervezas.

If you can’t find queso fresco, other Mexican cheeses such as Oaxaca cheese work well, too!