Since I started experimenting in the kitchen a few years ago, there hasn’t been much that I’ve been too scared to attempt.  Most of the time, my eagerness to jump right in to a new technique or use a new ingredient has proved well worth it, although I have to admit that I’ve had more than my fair share of culinary disasters.  (In fact, that might be an understatement).  Even so, I usually brush it off as a “learning experience” and keep trying until I get it right– no big deal.  There hasn’t ever been much apprehension on my part, even with cheesecakes, which I’ve somehow managed to botch just enough to not be able to use them for the blog at least 5 or 6 times now.  Yes, there have been a lot of “learning experiences” regarding cheesecakes.  Don’t do this or it’ll crack.  Don’t do that other thing or it’ll crack.  Do a water bath and it won’t crack… oh wait, it still cracked.

And I still keep trying to get it right, and I’m never that worried that I won’t. 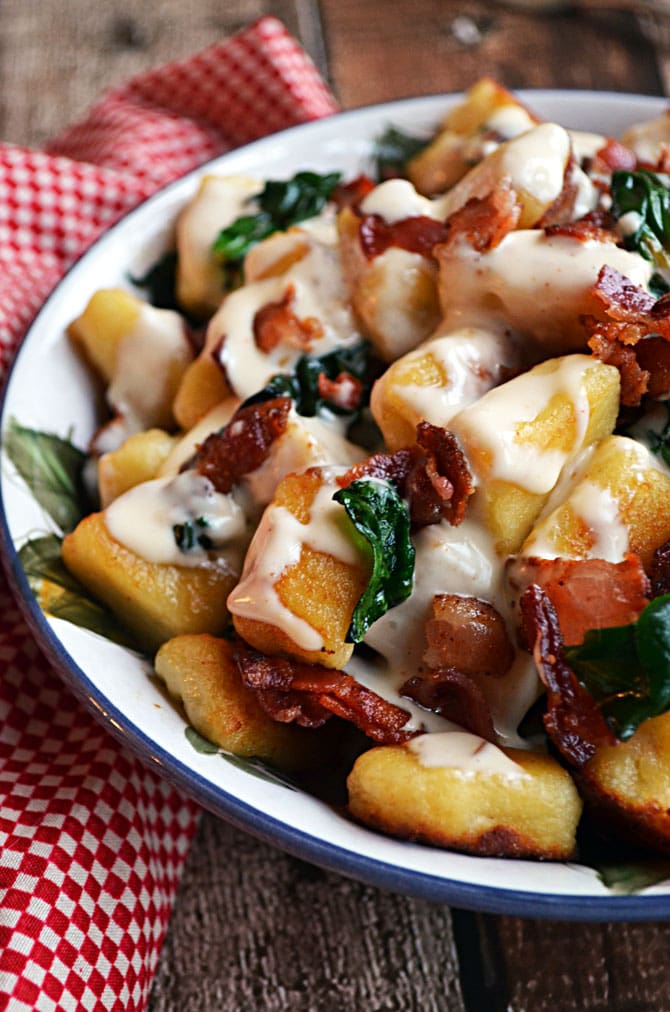 However, there is one thing that up until this point I have been too scared to even attempt: making my own pasta.  I don’t know what about it seems so difficult, but I’ve always viewed pasta-making as sort of secret technique that Italian grandmothers labored over, wielding old rolling pins as aromas from simmering sauces filled the rooms of their warm Tuscan farmhouses.   I’ve had no Italian grandmother to teach me her secrets.  I’ve had no idea where to start.

That being said, as the temperature dropped, I began thinking more and more about making my own hearty pasta dishes from scratch, with interesting flavors and sauces to accompany them.  With all of the daunting pasta varieties dancing in my head, I decided to do a little research, and was surprised to see that gnocchi– one of my favorite comfort foods– seemed easy enough to try.

Believe it or not, it really was easy.  Much easier than I could have ever imagined. 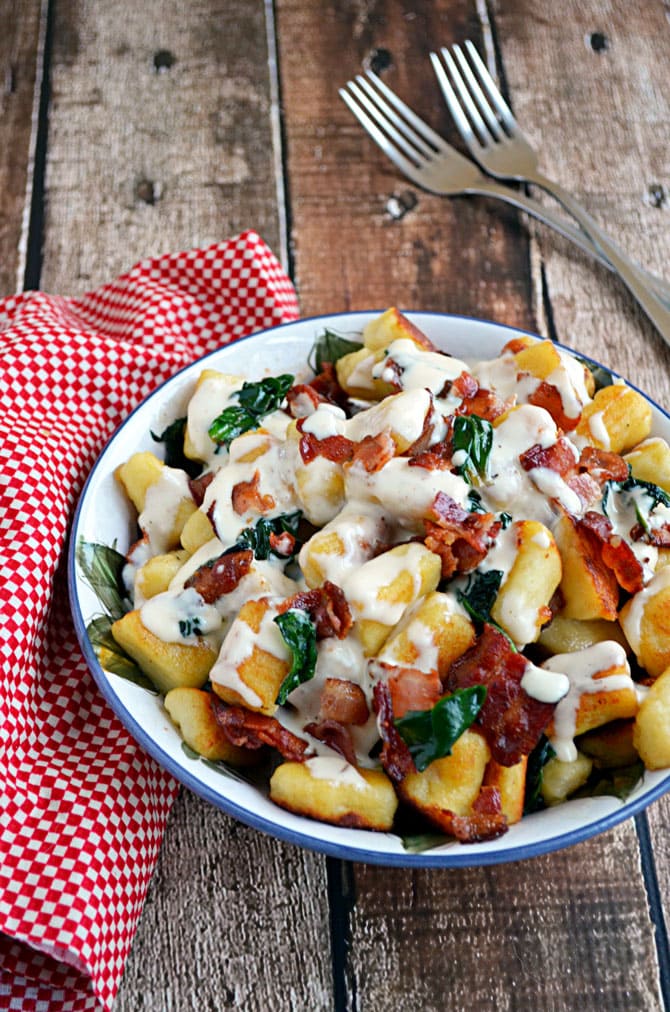 The gnocchi, by the way, wound up pillowy and flavorful; better than any gnocchi I’ve ever tried before.  It’s important to note that I used a potato ricer for my gnocchi, but if you can’t get one in time, grating the potatoes works too (although it does make them slightly less fluffy).  These are the only two methods I recommend.  Just mashing the potatoes can make the gnocchi really gummy, and no one wants gummy gnocchi.  You want gnocchi that feels like little light angels gently dancing in your mouth.  That’s the analogy I’m going with– just let it happen.

After mixing in the bacon and spinach, I topped everything with a seriously delicious smoked Gouda cream sauce, which I beg you to try because it might change your life (especially when combined with the gnocchi).  Am I being a tad bit dramatic?  I don’t think so, but I guess you’ll just have to find out for yourself.  My brother thought I was being dramatic until he tasted it… and then he had second and third helpings and insisted on bringing the leftovers back up to the dorm with him.  Don’t underestimate the power of Roasted Garlic Gnocchi with Bacon, Spinach, and Smoked Gouda Cream Sauce. 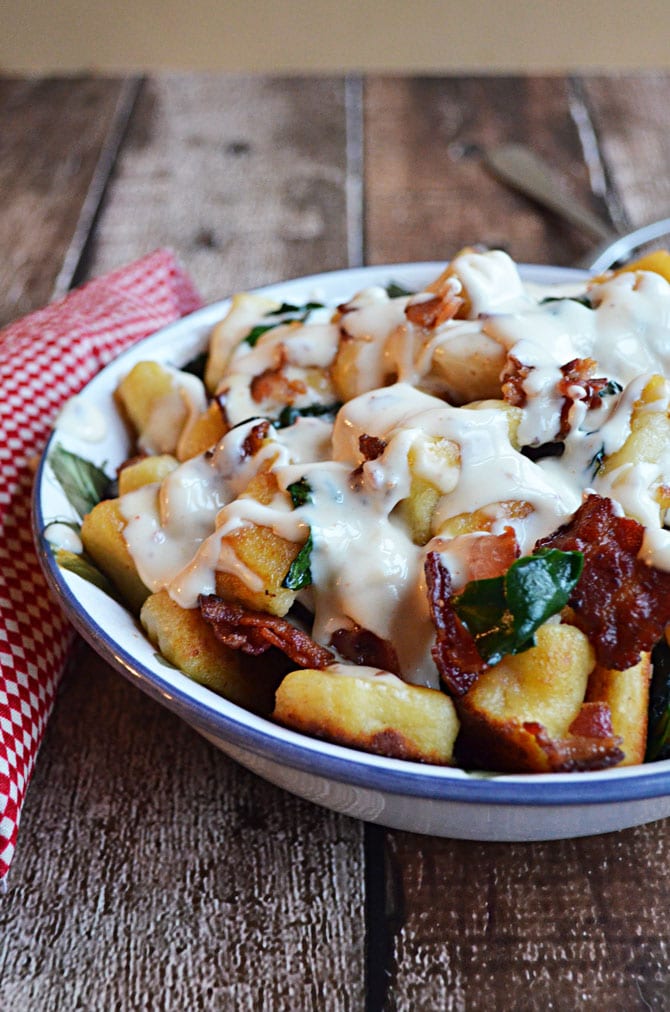 Don’t be afraid to make the gnocchi.  I’m telling you, you can do it.  Just follow the directions and you’ll surprise yourself.  You don’t have to have an Italian grandmother in a farmhouse in Tuscany or a background in culinary arts.  You just need to go for it, and you’ll be happy you did!

For the Roasted Garlic Gnocchi:

For the Smoked Gouda Cream Sauce: