This is one of those recipes that shows that I’m incapable of making tough decisions.  I had so many ingredients on hand that I was excited to use, but I kept telling myself not to overdo it.  Sun-dried tomatoes, garlic, ale, mustard, chicken, bacon, cream, pasta, parmesan, and smoked provolone?  No.  No, I couldn’t…

(Spoiler alert: Yes, I could.) 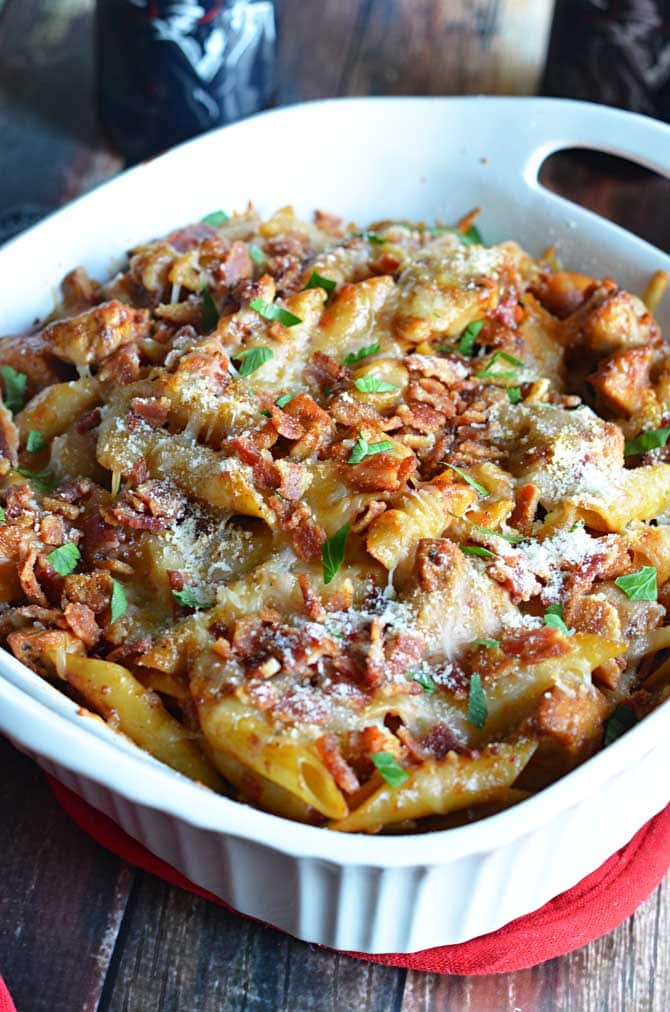 So I started off adding one ingredient at a time, trying to figure out where I was going to draw the line and keep my sauce simple, but something in my heart kept telling me, “Keep going, Morgan.  You want it all.  YOU DESERVE IT ALL.”

And so it all went in. 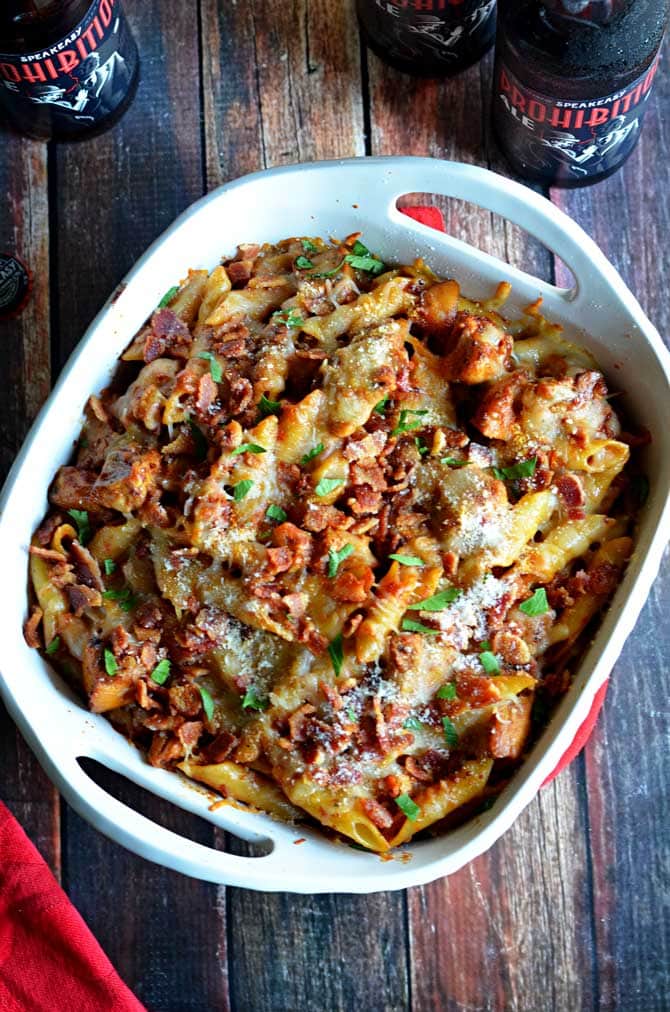 What came out of it was layer upon layer of flavor– one of those “I’d order this in a restaurant,” cue the success-fist-pump, “I CAN’T STOP EATING THIS” type of recipes.

This is one of those recipes you serve to make people fall in love with you.  No, it’s definitely not a romantic candlelit dinner.  However, it is tasty enough that I’d probably put up with some serious craziness as long as I got a nice plate of Smoky Sun-Dried Tomato Chicken Penne every once in a while to reward me for my patience.  I’m just being honest here. 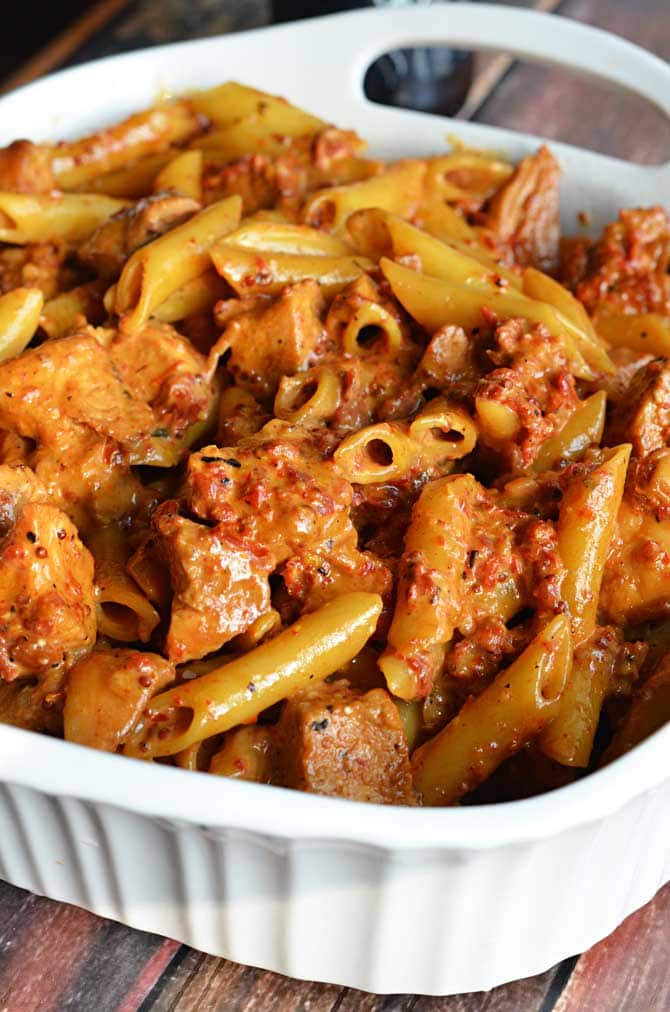 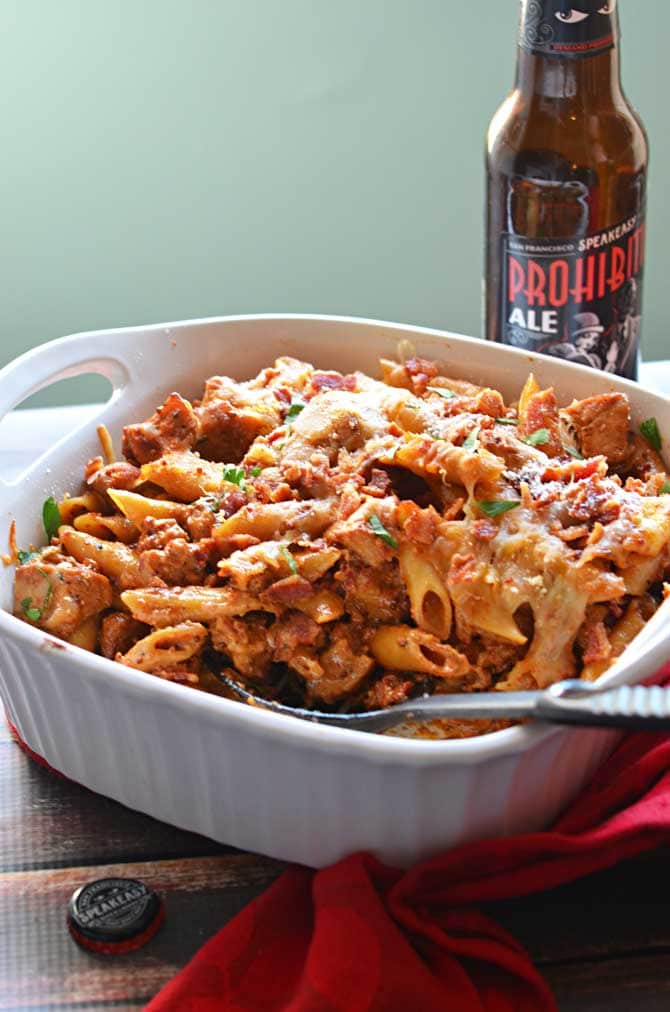 Sometimes being indecisive is a glorious thing.