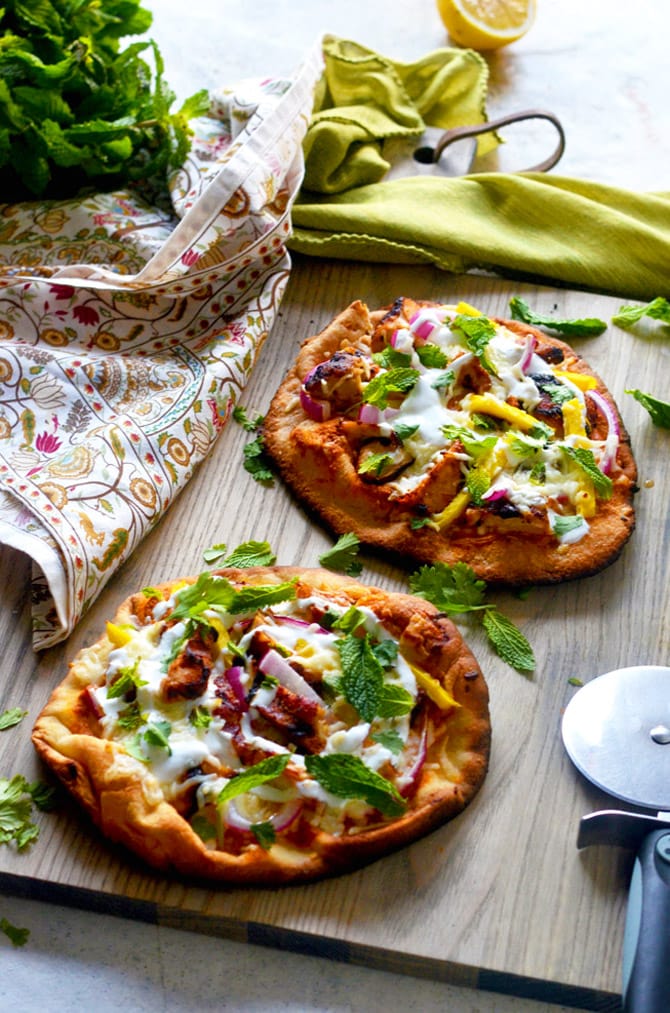 These are not your typical pizzas– instead of tomato sauce, pepperoni and mozzarella, we’re using tandoori chicken, mango, red onion, mint, cilantro, and yogurt… oh, and mozzarella, because in the end, you just can’t nix the mozz.

Do you know what happens when you slather a pizza with those ingredients? BAM POW BOOM on your tastebuds. That’s really the only way to put it. 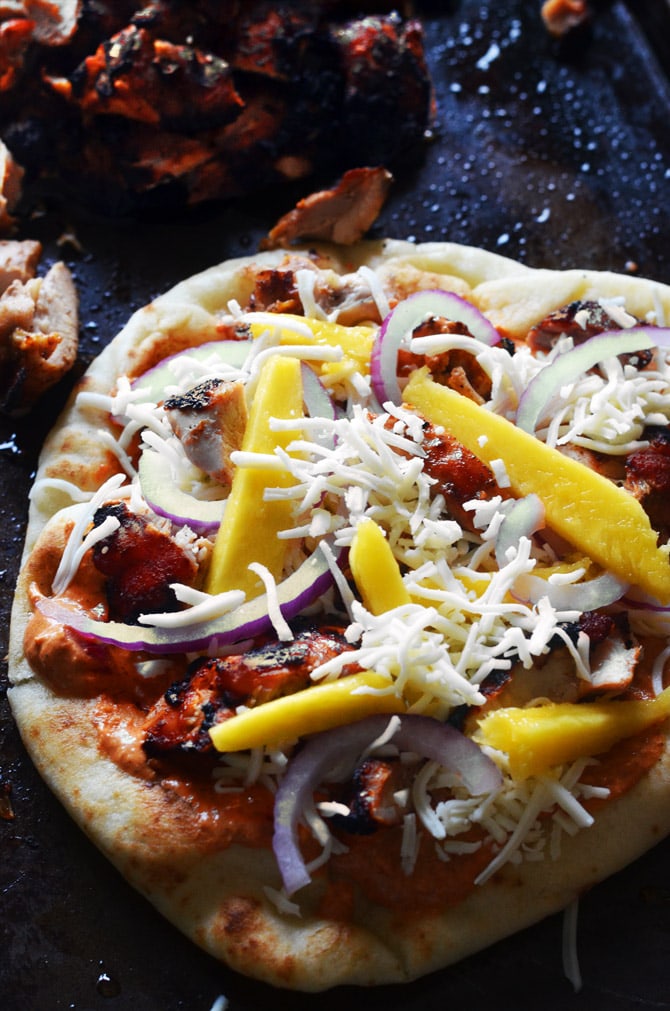 Yes, every bite is like a supercharged crime-fighting action hero is hulking out on your tongue.  There’s spice, tang, sweetness, savoriness, and so much freshness in every single inch of this pizza that your tongue is like OH MY GOODNESS I WAS NOT PREPARED FOR THAT. In a good way… In a super good way.

I got the idea for these Indian-inspired pizzas from BevCooks, who did an awesome version with pre-made tandoori paste. It’s a great option for people who are in a rush, but I much prefer the real thing to the paste, so I decided to whip up my own tandoori marinade. It’s got a lot of spices, but it only takes a few minutes to put together! 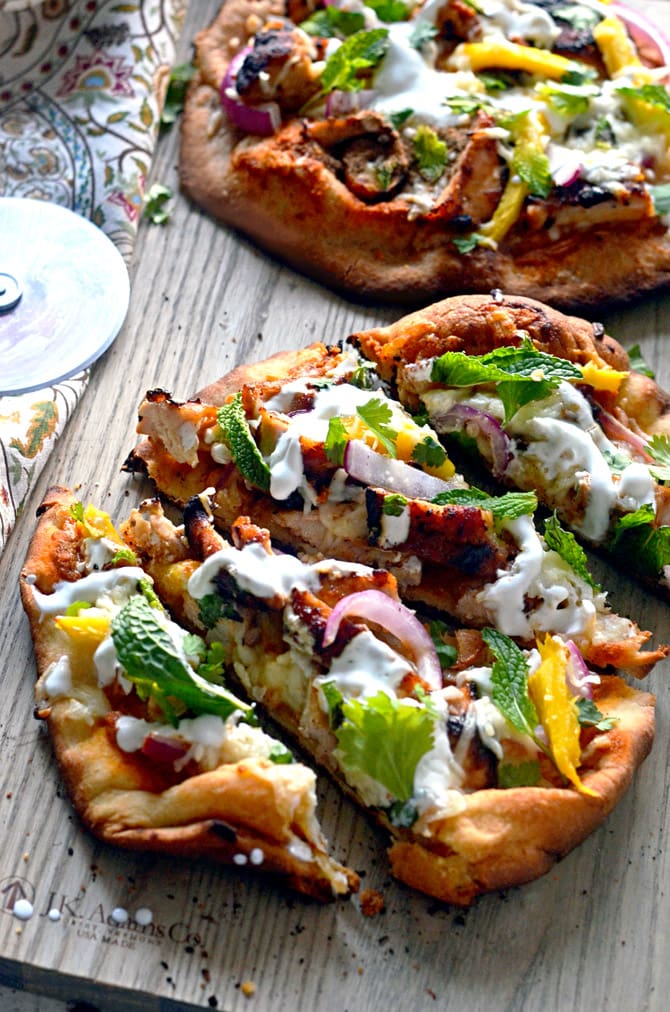 I used half of the marinade mixture for the chicken, and I mixed the remaining half with a bit of tomato paste to make the pizza sauce base. I think I might just start making all of my pizzas with that sauce. It is that good. Yogurt, ginger, garlic, lemon juice, hot paprika, cumin, garam masala, and cayenne pepper? Yes, yes, yes, yes, yes, yes, double yes, and yes again. 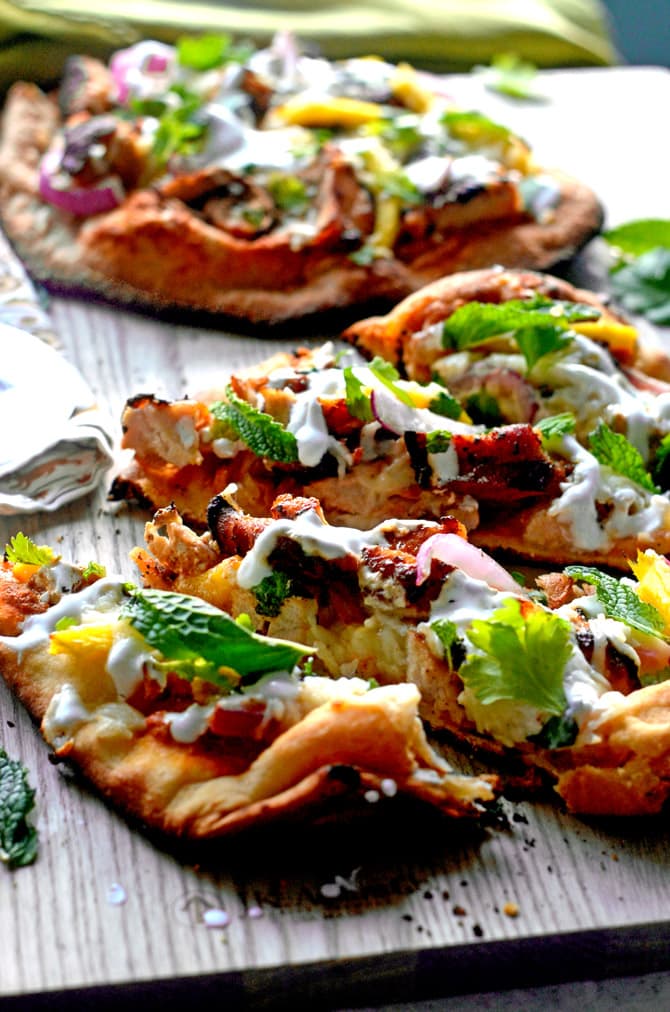 I made this recipe on the grill, first cooking the chicken until it’s lightly charred and then placing the naan on until it darkens around the edges and crisps, but you could easily tweak it to make in the oven on a rainy day. You could even make it in a skillet. Whatever it takes to get the Tandoori Chicken Naan Pizza in your face immediately. 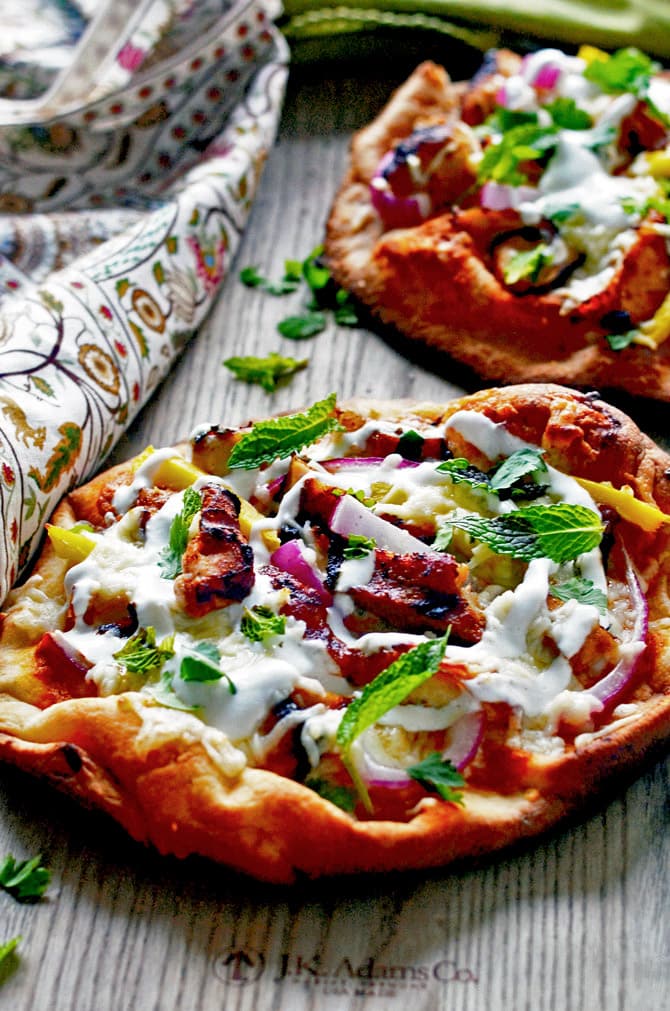 When you make the Tandoori Chicken Naan Pizza, be sure to take a photo and tag it on Instagram or Twitter with #hostthetoast!