I wish I could tell you that there was some deep background history behind these pierogi– that my father grew up in Poland and brought back the recipe from his family’s long tradition, or that my mother used to enjoy them in the heart of Pittsburgh and shared the city secret of adding sour cream to the dough with me.  However, that’s just not the truth.  Truth is, the first real pierogi I tried were from a restaurant in my college town.  It might not be the magical story you’re craving, but that’s when I started to dream about making pierogi myself. 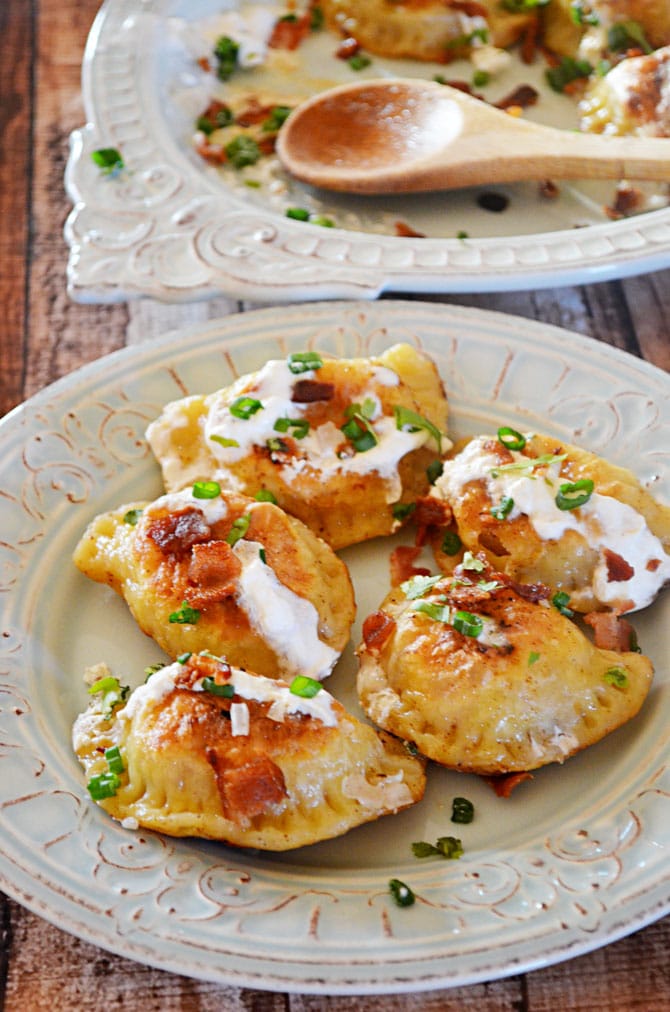 I always told myself that they’d be too hard, or take too long to make, that I’d have to learn how to mix the dough just right from someone who’d been doing it for generations, and so I stuck with the far less satisfying frozen kind.  (Sorry, Mrs. T.)  I was inspired to finally give it a go, though, by a weekly food challenge group I recently joined, and I couldn’t be more grateful for that push!  Moral of this story: Don’t be afraid to make these.  They honestly don’t take that long to make, the dough is surprisingly easy to work with, and they are so, so, so insanely good. 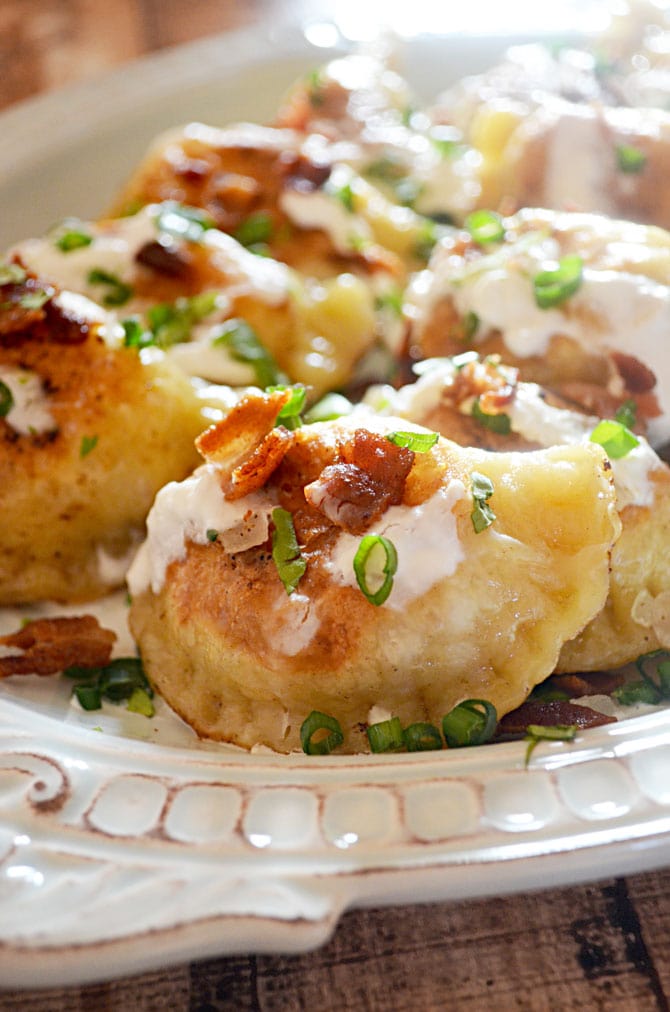 This recipe makes about 15 pierogi, but I doubled it and made my pierogi in bulk.  That way I could freeze some of the uncooked ones for Super Bowl appetizers!  I don’t think anyone will mind, after all, they are loaded up with bacon, cheddar, caramelized onions, and potatoes.  With a drizzle of sour cream on top, you’re practically biting into a little piece of heaven.

That is, of course, assuming that heaven tastes like unleavened dough dumplings, filled with flavorful ingredients, boiled and then pan fried in leftover bacon grease and a bit of butter.  I can’t be sure, but it does sound heavenly, doesn’t it? 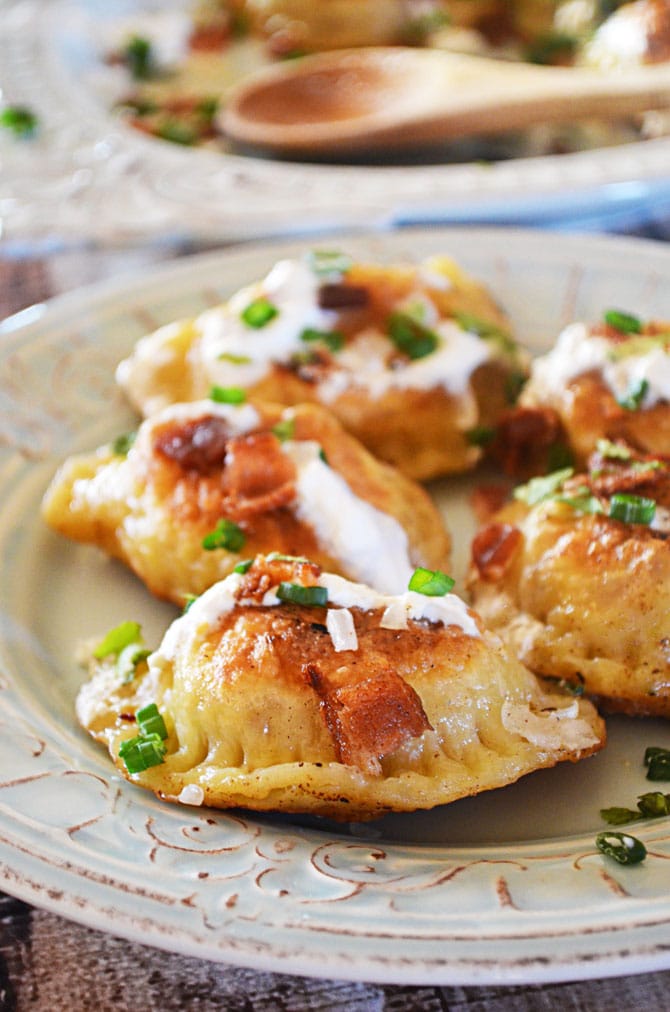