This Caramel Apple Crisp has it all: tender baked apples, easy homemade caramel, and a flavor-packed oat streusel topping!

It pulls out all the (super flavorful) stops and still requires just a fraction of the time and effort of traditional apple pie. 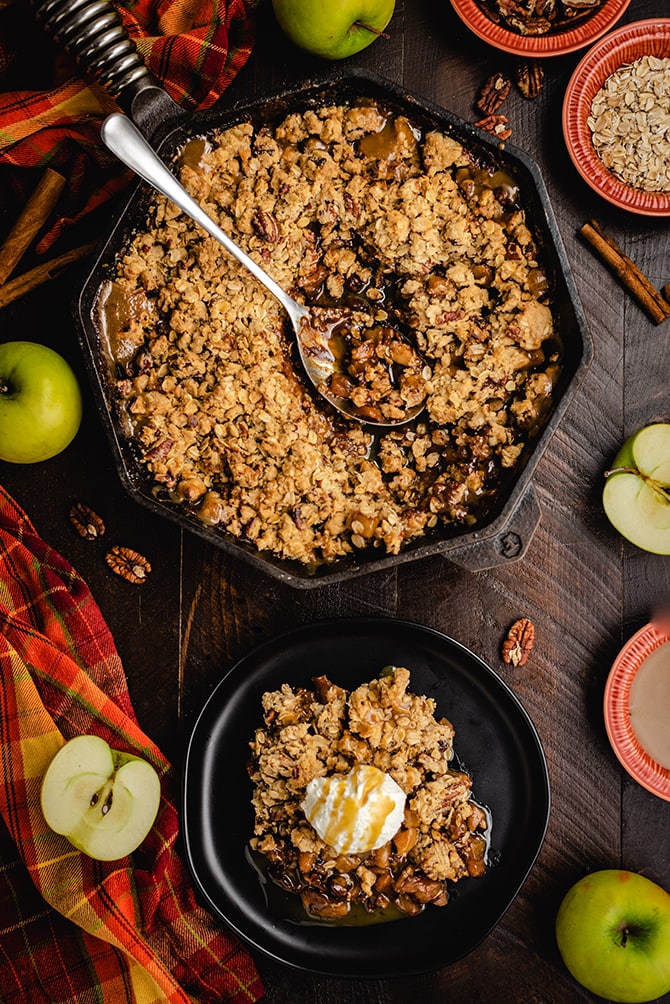 Sure, you’ve had Apple Crisp before, and it was probably lovely.

But were the apples tossed in a bit of sugar before baking, or were they smothered in a creamy homemade caramel?

Was the streusel just an afterthought, or was it studded with deeply flavorful toasted pecans and rolled oats?

Did it make you go back for seconds? Did you even think about having thirds? Because that, my friend, is what this Caramel Apple Crisp does to a person. It makes you weak in all of the right ways. 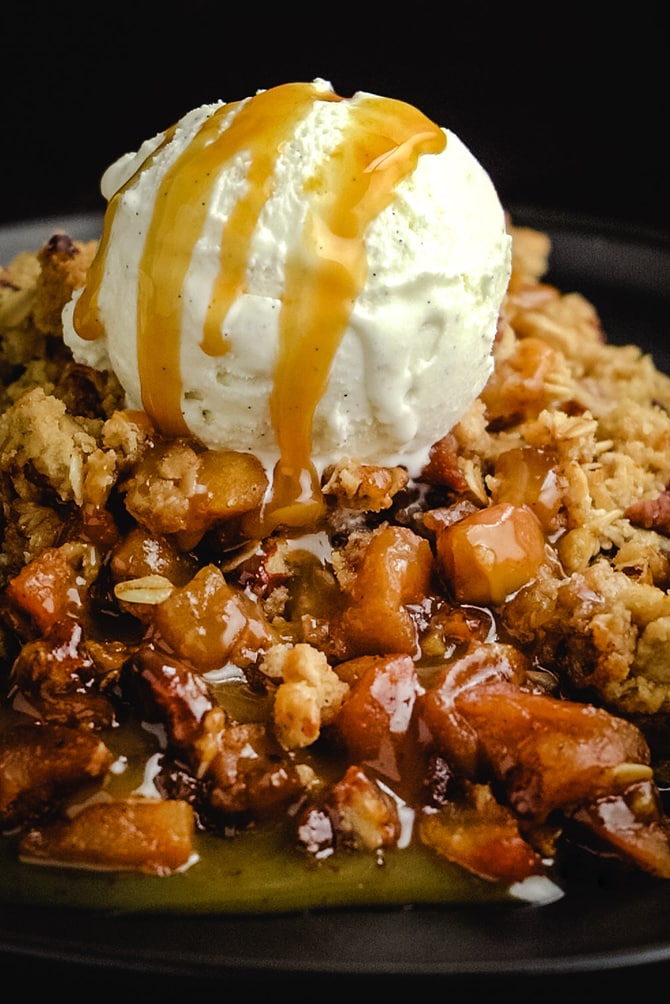 Let’s get into the nitty gritty here. What makes this particular Caramel Apple Crisp the best apple crisp? It’s all about the ingredients. 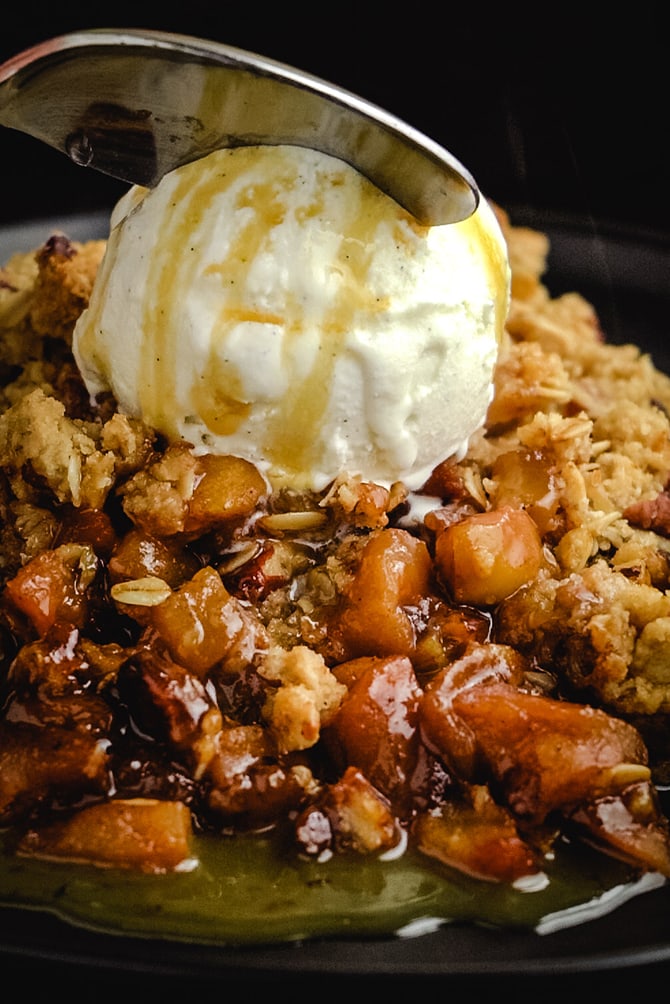 A crumble is a baked fruit dessert with a streusel topping which sometimes includes nuts. A crisp is almost identical to a crumble, but usually contains oats which crisp up as the dish bakes. However, both are interchangeable in the US, so feel free to call this a caramel apple crumble if you prefer.

Just don’t call it a cobbler- which use dollops of biscuit dough on top- or a buckle – which is like a hybrid of crumble and cake.

If you’d like to exclude the nuts and/or oats, you can by the way– just be sure to add enough extra flour to create the streusel. 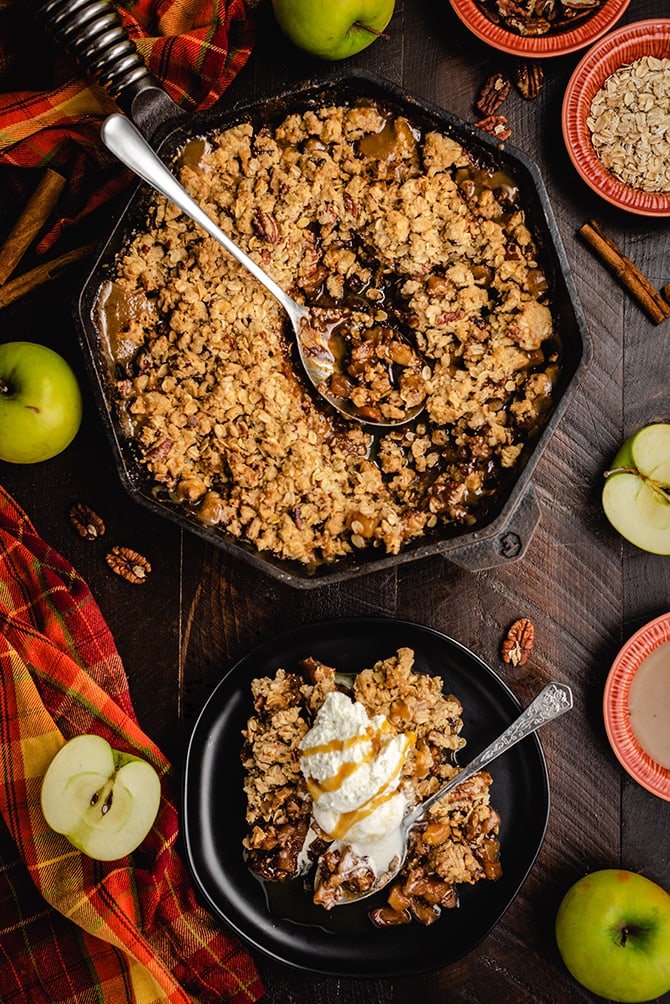 WATCH THE “HOW TO MAKE CARAMEL APPLE CRISP” VIDEO