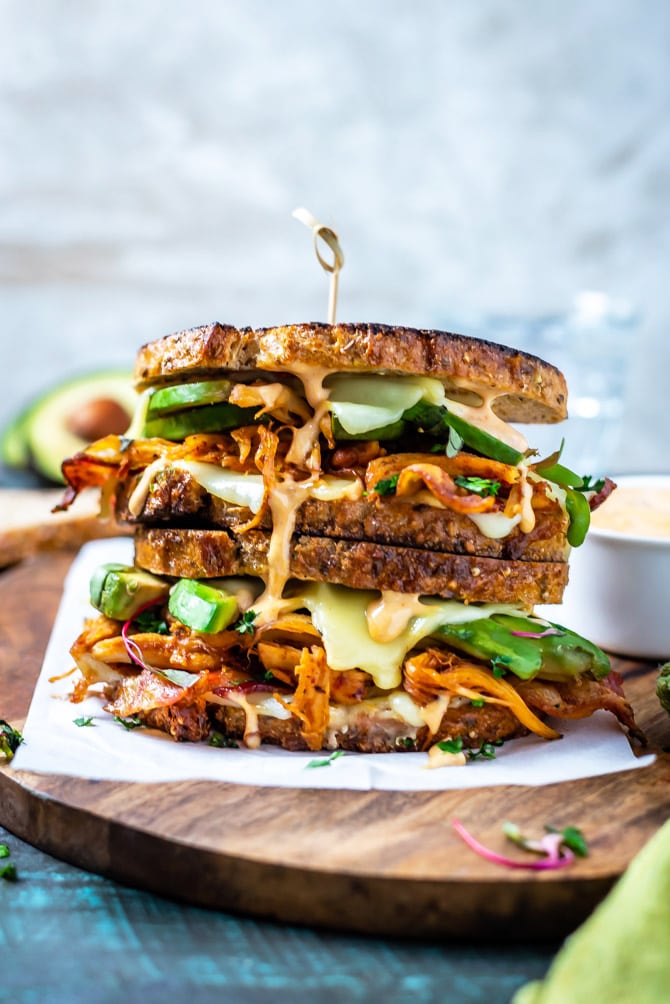 When I was a little kid, I refused to eat sandwiches. There was something about plain white sandwich bread that I was so not into, so packed lunches for me included crackers and cheese, apples, and snack packs. But when I was home for breaks and weekends, my mom would make melts, which suddenly transformed those boring sandwiches into lunches I loved. The gooey melted cheese, the buttery, browned bread, the warm fillings… I couldn’t get enough of them. To this day, that’s pretty much the only way I’ll eat a sandwich.

And believe me when I say that I eat a lot of them.

Of all the melts though, my absolute favorite is this one: Chipotle Chicken Avocado Melts. 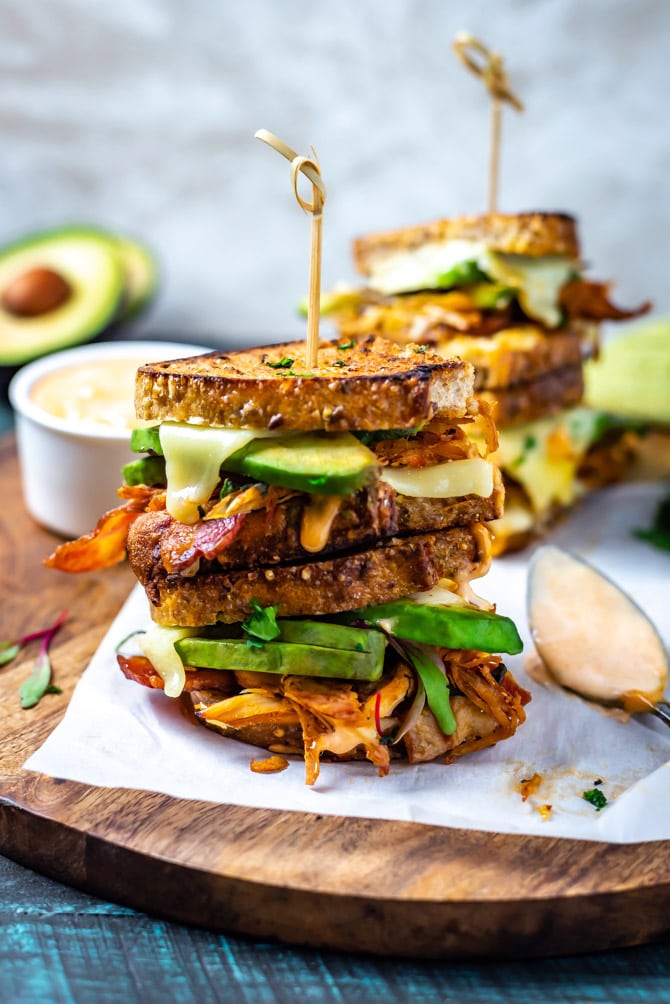 Usually, homemade melts feature leftovers from last night’s dinner or sliced deli meat, but for these, it’s worth the effort to make the chicken from scratch. A lot of people think that you have to slow cook chicken in order to shred it, but the truth is that you can whip it up in minutes right on the stovetop, all while infusing the chicken with great flavor.

One of the key ingredients in this recipe is chipotle peppers in adobo. You can find them canned in the international aisle of your local grocery store.

To make the shredded chicken, you first have to cook up some bacon. I know, that sounds weird, but we’ll use the bacon in the sandwiches and the rendered bacon fat will be used to brown the chicken. That will give the chicken some smokiness, in addition to what you get from the chipotles. 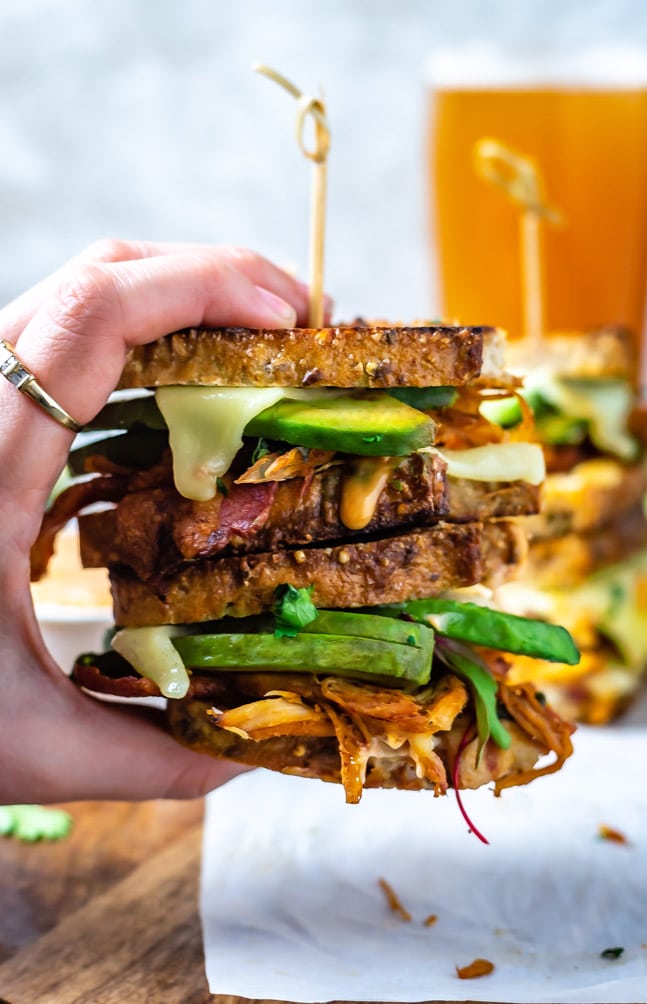 Speaking of the chipotles, chop up a few of them, mince some garlic, and then sauté them in the bacon fat until they’re deliciously fragrant. Add the chicken breasts and cook them on each side until they begin to brown. Then, pour in a little water or chicken broth and some adobo sauce from the can of chipotles, cover, and simmer until the chicken shreds easily with two forks. Easy!

While the chicken is cooking, you can also use those chipotle peppers and adobo sauce to make the sauce– simply mix them with mayonnaise and you’ve got a great spread for your sandwiches. 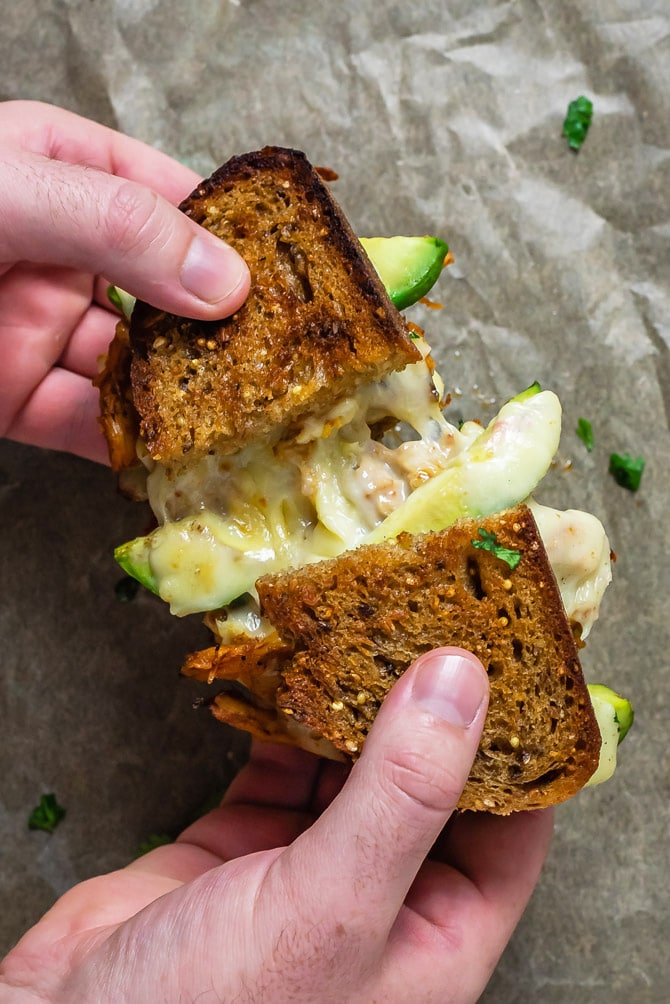 As I mentioned, the chipotle peppers are one of the key ingredients in this recipe, but the other is great cheese. After all, you can’t have a melt without it! 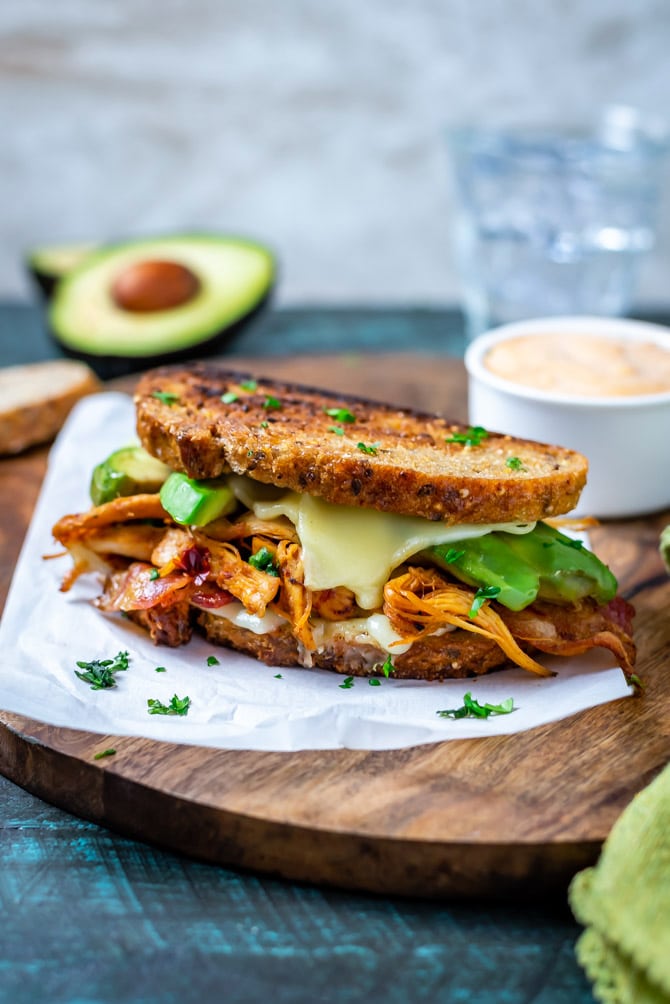 HOW TO ASSEMBLE THE PERFECT MELT

It might seem like making melts is common sense business, but there are important steps in really nailing it. You have to make sure you have the right ingredients, the right proportions, and the right order.

We already touched on the value of using shredded chicken and quality Deli American, but there are other ingredients that matter. For example, because these melts are loaded up, a flimsy bread is likely to be unable to support them. A heartier bread is definitely the way to go.

Also, everyone likes green avocado, but a brown one? Not so much. A tip to keep your avocado from browning while you’re assembling and cooking: brushing your ripe, sliced avocado with lemon or lemon juice, or even a touch of apple cider vinegar, will keep it from oxidizing quickly. It won’t really affect the taste, but part of a great sandwich is great presentation, so if you’re serving this to friends, that small extra step can make a big difference. For tips on selecting a ripe avocado, check out this helpful guide.

One more tip on ingredients– it’s completely optional, but microgreens or cilantro can add some fresh flavor to balance the richness of the buttery bread, Deli American, and creamy avocado. 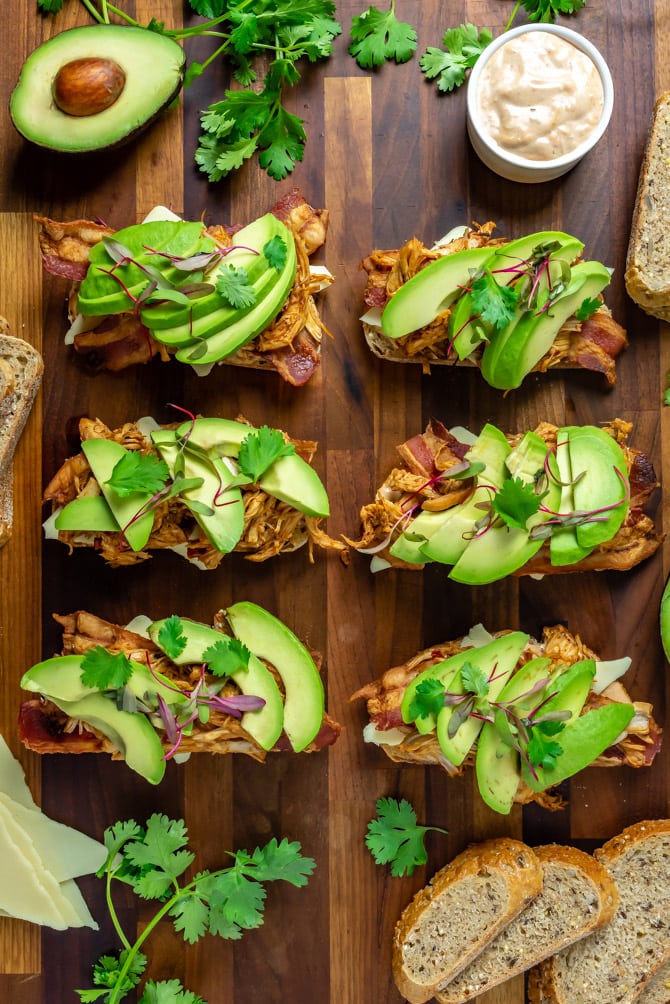 Okay, now on to the actual assembly.

Because these Chipotle Chicken Avocado Melts are loaded up with ingredients, I use two slices of Land O Lakes® Deli American on each sandwich– one on each side of the bread. It will serve as a sort of tasty glue to adhere the bread to the filling inside.

1 slice Land O Lakes® Deli American (cut in half, if necessary to fit the bread)

Another slice of bread 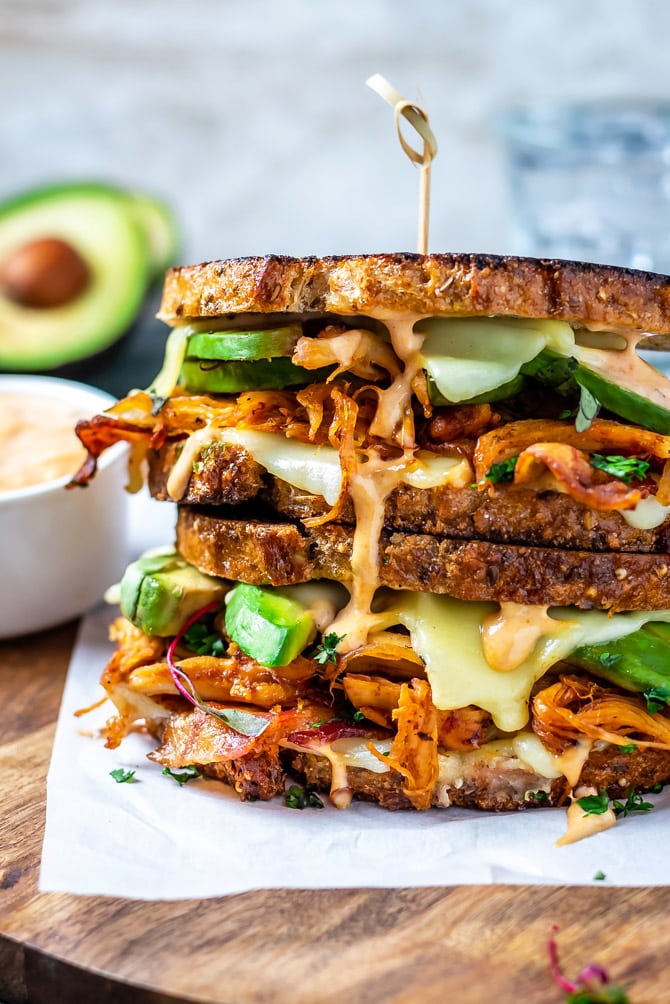 And after the sandwiches are all assembled, all that’s left to do is to heat it all up in a frying pan or griddle and then dig in it while it’s still warm. If that sounds like a lot of steps, don’t worry, it comes together quickly. Not to mention, this recipe makes enough to feed the whole family! You can also meal prep these and reheat them in a toaster oven or skillet to enjoy throughout the week.

Believe me, you will enjoy these Chipotle Chicken Avocado Melts. Even if you’re as picky as I was as a kid!

For the Shredded Chipotle Chicken:

For the Chipotle Mayo: