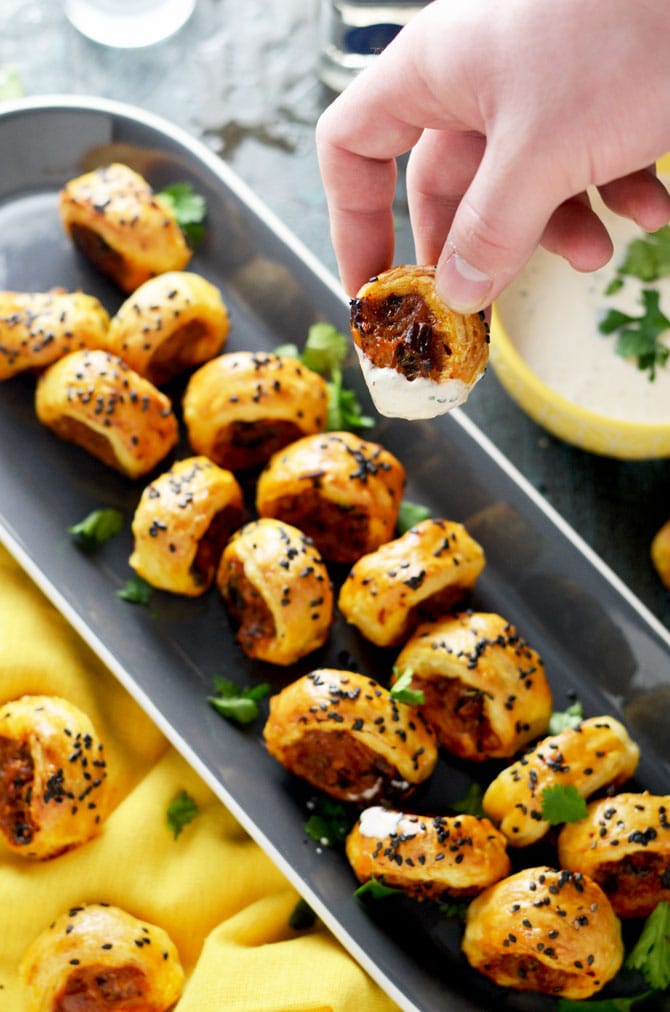 I have an almost impressive ability to polish off whole trays of pigs in a blanket in seconds flat. It’s not at all uncommon to catch me lingering by the appetizer spread at a party, eradicating the bite-sized cocktail sausages before anyone else gets an opportunity to enjoy them. I try to be discreet. I try to have self-control. But it’s all a hollow, fruitless effort, because pigs in a blanket have a dark side force-choke on my soul.

(Saw Star Wars last night, was excellent, by the way.)

So imagine my excitement when I discovered that a whole new category of sausage hors d’ouevres existed across the pond; Sausage rolls, filled with herb-and-spice spiked pork sausage meat and encased in a buttery bundle of egg-washed puff pastry, called out for me to make them. 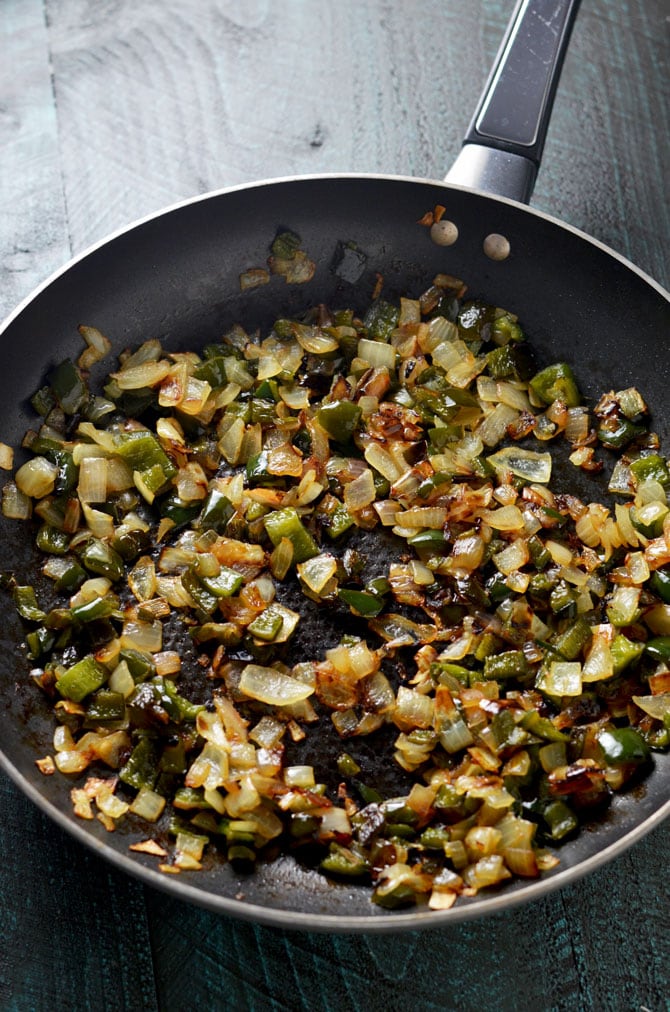 Generally, sausage rolls use mildly-flavored pork sausages, but I decided to up the ante and replace the original sausage meat with Mexican chorizo sausage, AND stud it with sweet caramelized onions and smoky chunks of poblano pepper. The heat level isn’t intense, but it’s got just the right amount of spice to make the sausage rolls perfect for both holiday get-togethers and super bowl celebrations. They bridge the gap between classy cocktail party snacks and dude food, which is all we can really ask for in life. 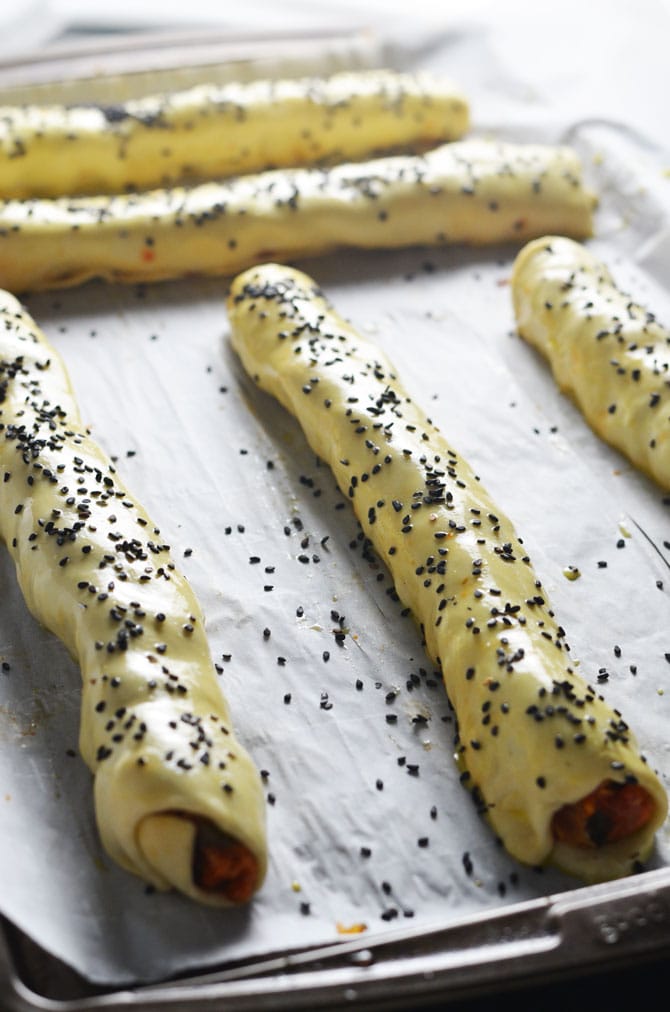 To assemble the rolls, I remove the sausage from the casings, combine it with the caramelized ingredients, and place it in long strips onto sheets of thawed puff pastry dough, which I previously cut into thirds. I roll the pastry around the sausage filling and pinch it together at the seams, and then I place the seam side downward do that it doesn’t leave any ugly creases when the rolls bake. A brush with egg wash allows the puff pastry to bake to a golden-brown, and helps adhere any toppings sprinkled over the rolls. I typically use black sesame seeds, but poppy seeds or white sesame seeds would also work nicely.

Before baking the rolls, I gently cut them into bite-sized pieces, being careful not to stretch the pastry out too much. I find it helps to wet my knife with hot water in-between cuts. 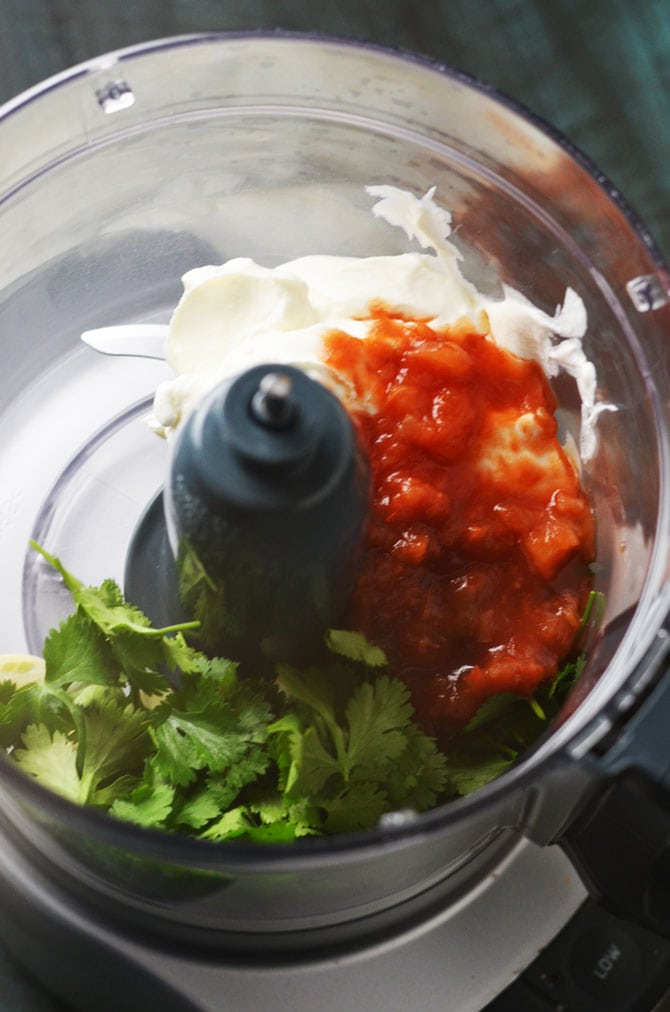 While the chorizo rolls bake, I make a simple dip from sour cream, salsa, cilantro, and garlic in my food processor. For something that takes only a few seconds and nearly no effort to whip together, this dip is GOOD. I tend to make a little extra so I can drizzle it over everything I eat for the next couple of days. 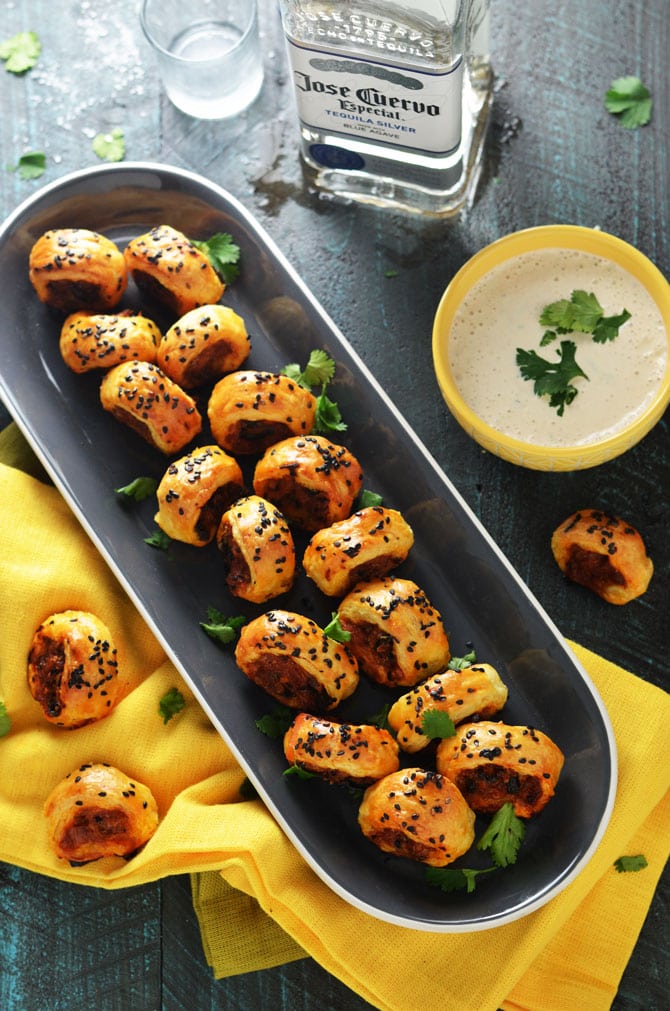 Even if you account for the fact that I ate, like, a metric ton of these myself, I can still honestly say that they were probably one of the most-enjoyed appetizers I’ve served this year. James kept telling me, “Take these away. Hide them,” as he uncontrollably grabbed one after another– which is always a good sign for recipe success even if we both wind up having some snug-fitting pants for a few days.

Give them a try yourself, and don’t forget to take a photo and tag #hostthetoast on Instagram or Twitter!