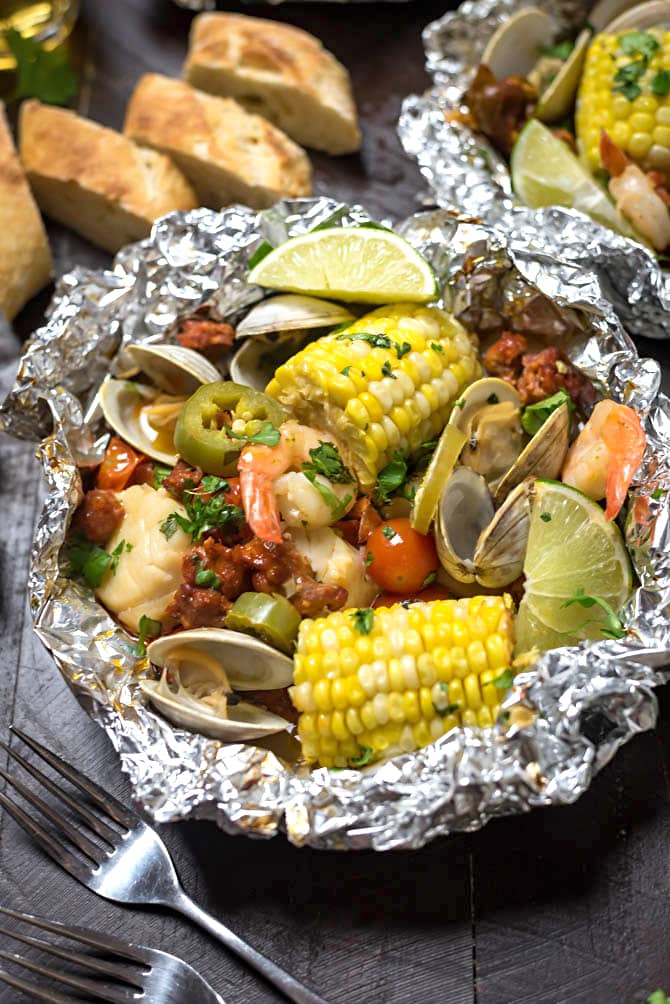 It’s been a few years since I first made these Cilantro-Garlic-Lime Seafood Packets (or “The BOMB” Packets, as we like to call ’em around here), and they are still one of my favorites. Hence the fact that we call them “the bomb”. But more on that in a second.

The Cilantro-Garlic-Lime Seafood Packets are loaded up with shrimp, clams, scallops, chorizo sausage, corn, and cherry tomatoes, which steam in their own juices in these individual-sized serving packets.  Fresh cilantro, lime juice and zest, garlic, and a bit of butter (and maybe even a few slices of jalapeno, if you like some extra heat) add extra flavor to the juices, which make a great dip for crusty bread or sauce for rice or pasta! 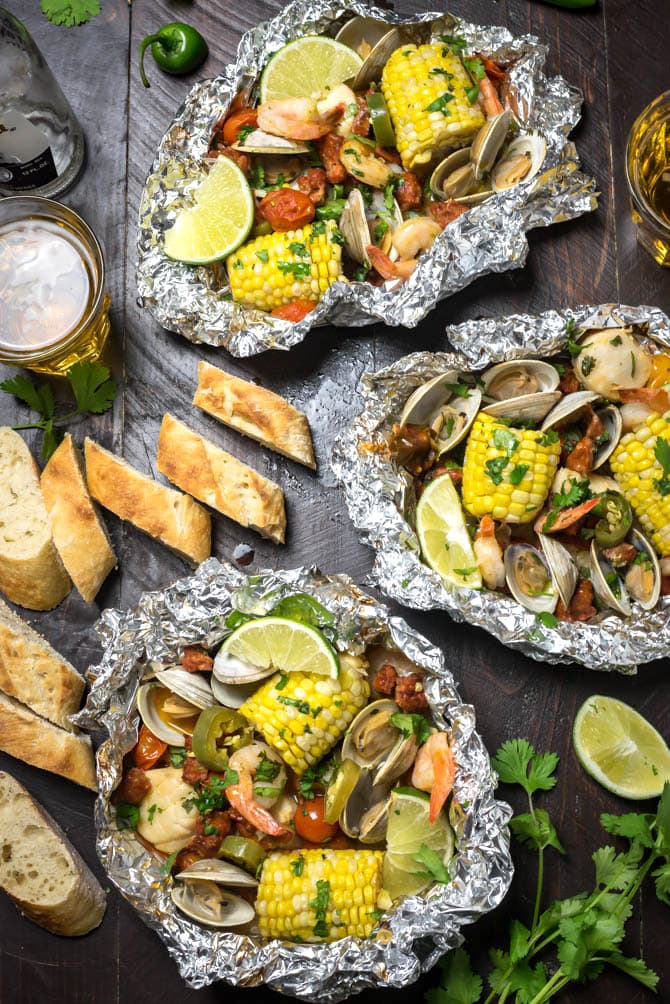 I affectionately call them “The Bomb” Seafood Packets, because they disappeared at my house in seconds, but I made sure to save a packet for my dad, who is a huge shrimp and clam-lover.  I gave him the leftover packet the next day, and 2 hours later, got the following text:

“Those packets were the bomb.”

So I’m pretty sure he liked them just as much as I did.

In fact, he still makes them and talks about them to this day. So let’s bump that up to “I’m positive he liked them just as much as I did.” 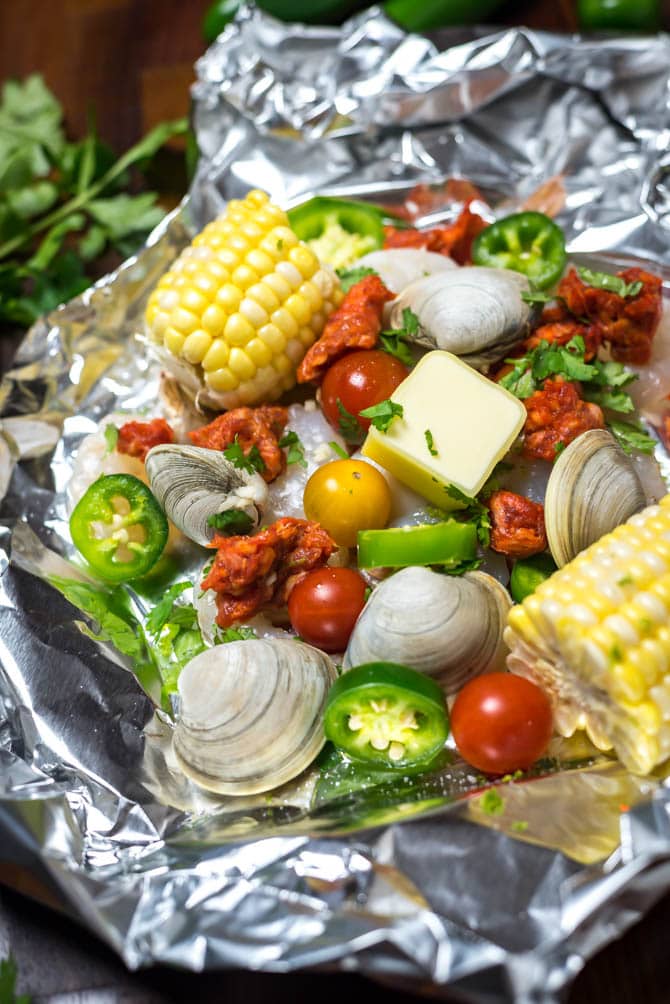 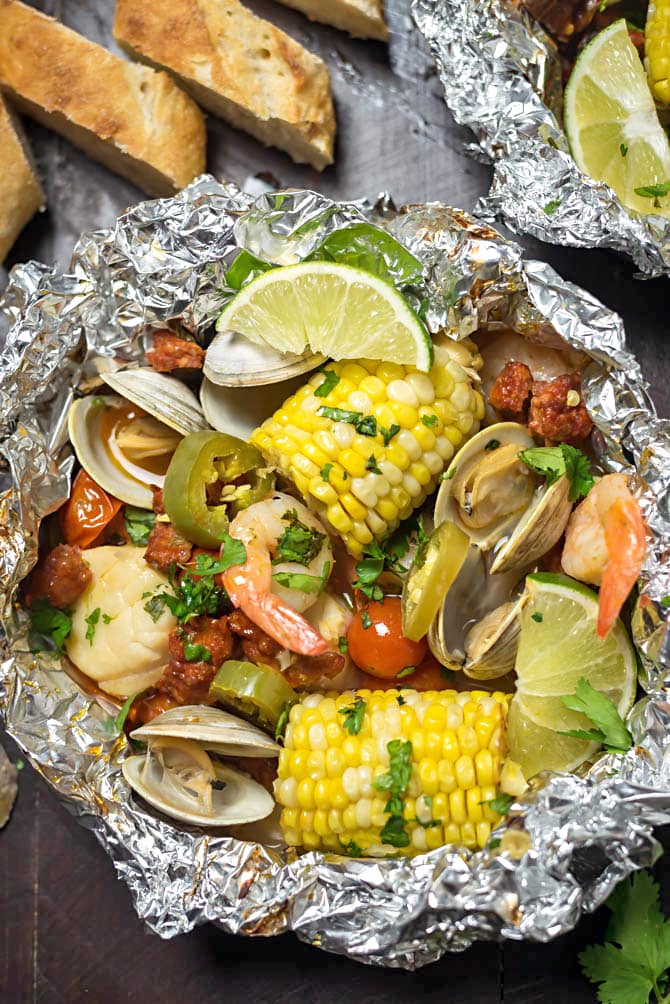 All you need to do for these easy packets is divide all of your ingredients up into individual portions, place them each on their own foil sheets, zest some lime on top using your microplane, seal your foil into packets, and grill or bake until the clams open and everything is ready to eat.

Make these for your next get-together and watch everyone go wild for them! 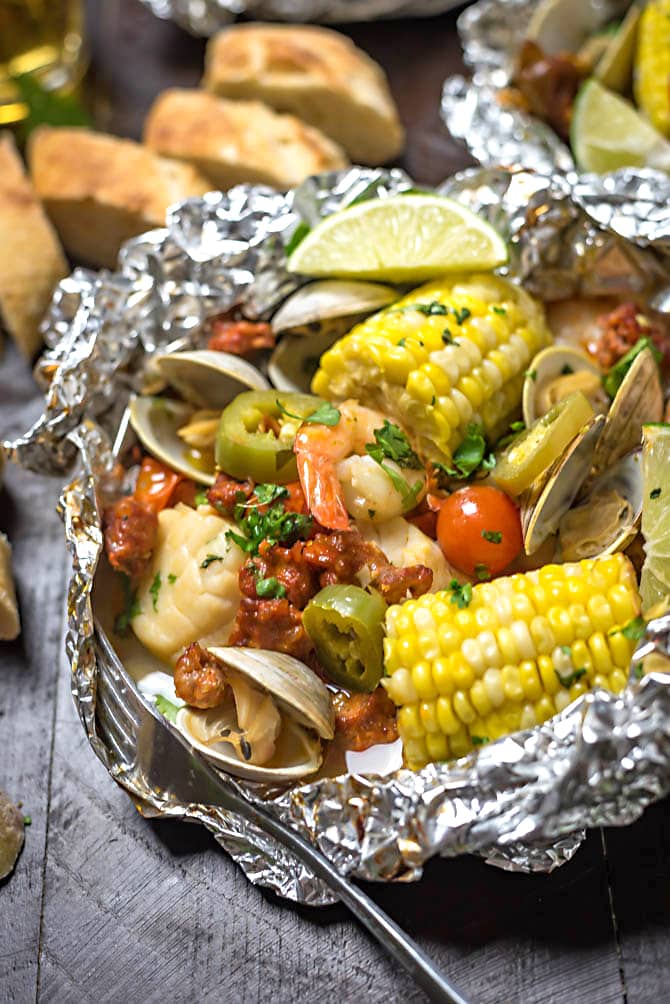 * I cooked my shrimp with the shells on and peeled them as I ate, but if that freaks you out, just peel the shrimp before cooking.