There are a lot of things I miss from my time at Rutgers University, but one thing that really still stings as each week of “adult life” comes and goes is the lack of Thirsty Thursday in my regular routine. 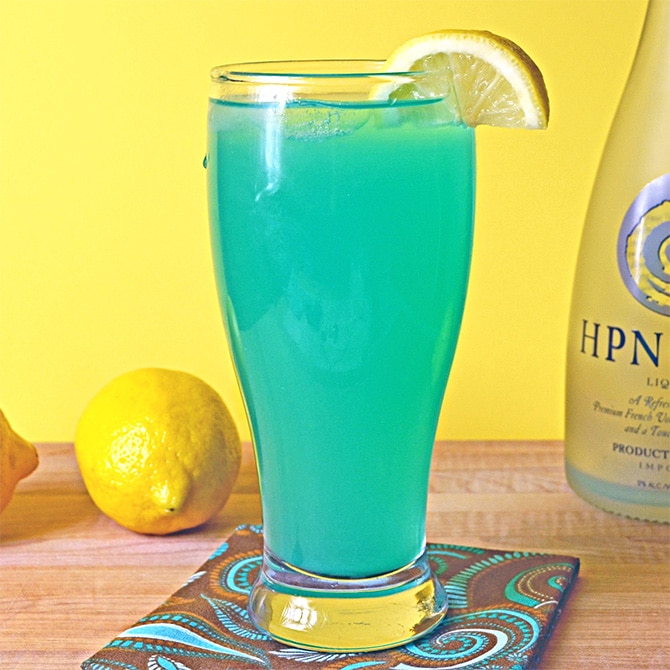 At Rutgers, Thursday marked the start of the weekend for most, because no one ever took a Friday class unless it absolutely couldn’t be avoided.  Thirsty Thursdays were usually the wildest of all the weekend days, and discounted drinks were offered at the majority of the local bars.  This, of course, made it extra appealing to broke college students like myself to leave our apartments and walk through the cold/rain/seemingly always terrible weather to squish ourselves against too many strangers in a bar that was packed wall-to-wall with people trying to get drinks.  It really was more enjoyable of an experience than it seems, but truthfully, I don’t know any other way to describe it.

It was on a Thirsty Thursday that I first tried a Hpnotiq cocktail, suggested to me by a bartender friend.  I had just recently turned 21, and I really had fallen in love with the LIT, but it was always too sugary and got me way too drunk way too quickly.  I couldn’t tell you what was in the Hpnotiq cocktail I was introduced to that made me move away from the infamous LIT, because I really don’t even remember what it tasted like.  I just know that I liked it, and that it was citrusy or tropical or something.  Also, it was turquoise.  Despite the fact that I try to suppress the girlish instinct in me to flock towards any drink that is colorful and pretty looking, I just can’t resist a turquoise-colored drink.  If it’s turquoise, it just has to taste good.  I’ve yet to be proven wrong in that theory.

I haven’t had a Hpnotiq cocktail in years (well, up until last week), mainly because I quickly realized that I needed to keep an eye out for how much sugar I was taking in with each drink, or just drink less in general.  I moved on to ordering Vodka, Seltzer, and Lime only about a month or so after discovering the beloved Hpnotiq cocktail, and still order VSL most often to this day.  It does the job.

However, that’s not to say that I don’t like to switch things up every once in a while, so last Thursday I made these Tropical Turquoise Hypnotic Cocktails to commemorate my short obsession with the drink in my beginning bar days.  They tasted pretty similar to what I remember drinking.  Maybe even a little better.  I might have to make some more tonight, actually.

Tasty and turquoise, what more could you ask for?