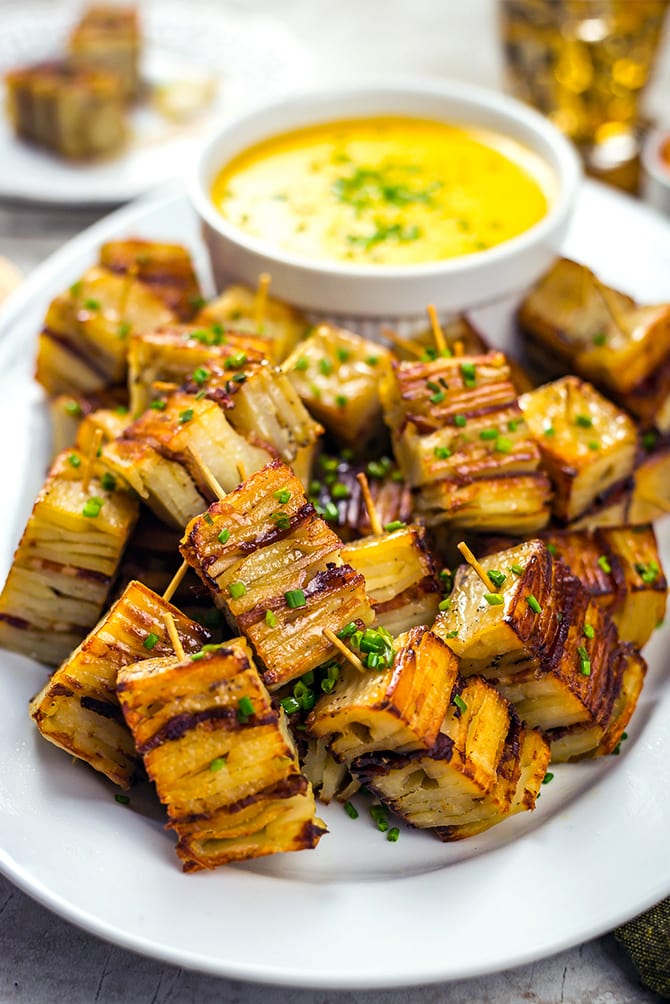 Any time I go to out to eat, I devour the fries that came with my dish first and save most of the actual meal for leftovers. It sounds ridiculous, but I live and die for potatoes.  It must be the Irish in me.*

The path to my happiness is paved with warm, crispy-edged, fluffy-centered russets. 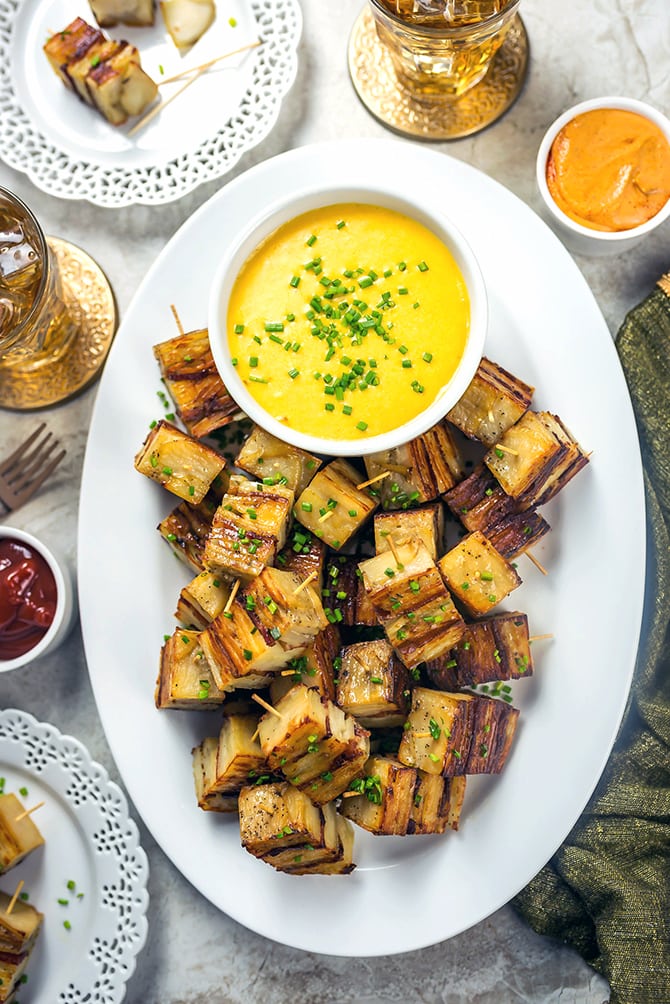 And while I am on the super-convenient subject of things being paved with potatoes, have you ever heard of a dish that’s literally named Potato Pave? It’s chef Thomas Keller’s spin on scalloped potatoes, and it’s named after– quite obviously– paving stones, because of the look the layered potatoes create. What you’re getting when you try Potato Pave is essentially a super crisp exterior with almost thick-potato-chip-esque slivers all up and down the sides as a result of thinly slicing and layering cream-soaked potatoes. That cream also helps to bind together the potatoes so the centers are melt-in-your-mouth creamy. It’s dreamy.

* Side note: I got the DNA results back that I mentioned a few weeks back in anticipation of St. Patrick’s Day. I am… far less Irish than I thought I was. But it’s still there… All 5-10%, or so. 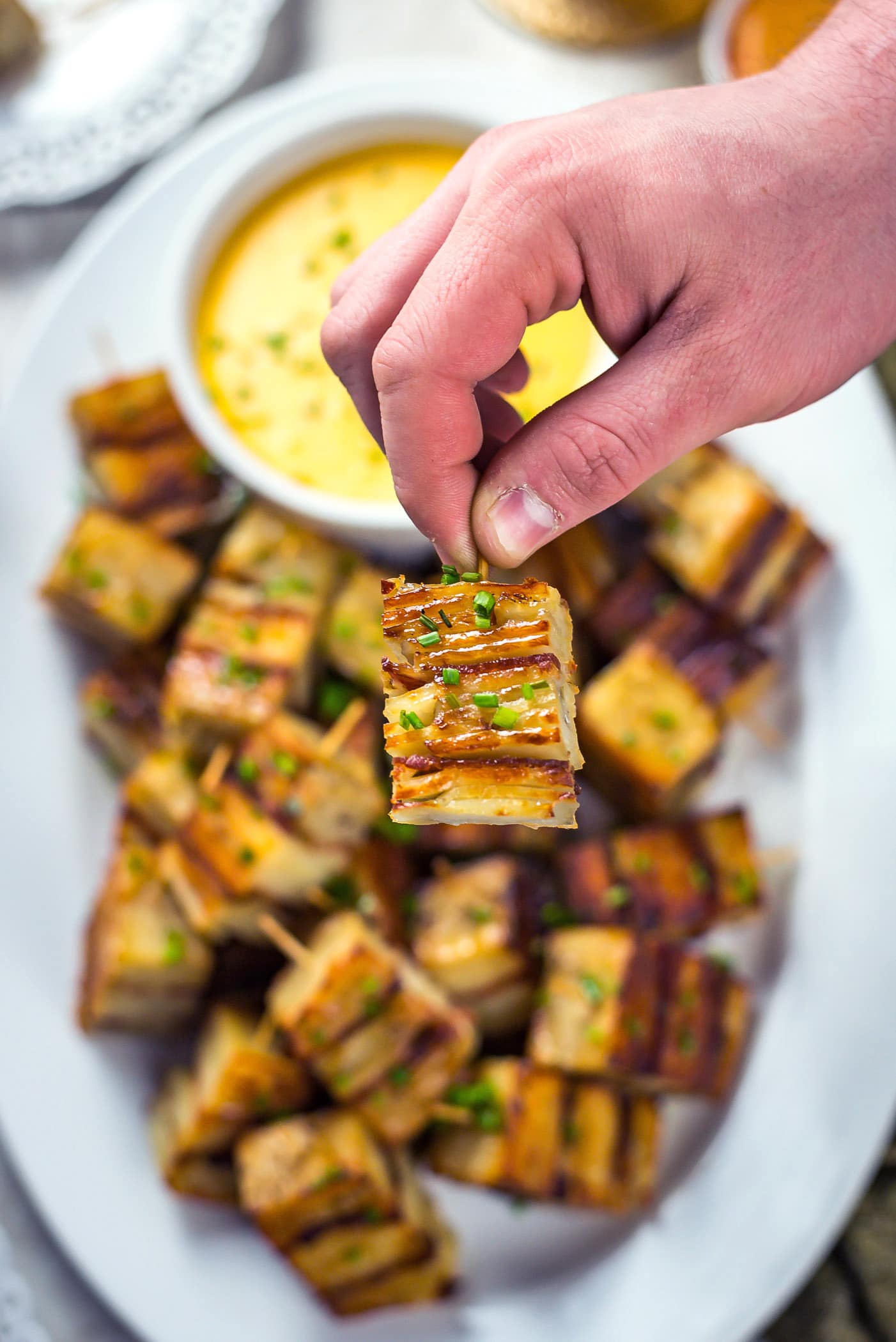 This is a party version of the Potatoes Pave, which involves cutting the layered potatoes into small squares and skewering with toothpicks to be perfectly finger-food sized. They also seemed perfectly dippable at this size, so I used the reserved cream from the potatoes to make a super easy cheese sauce. The potato starches that have soaked into the cream actually help the cheese sauce to thicken slightly, which makes for a much better dip. 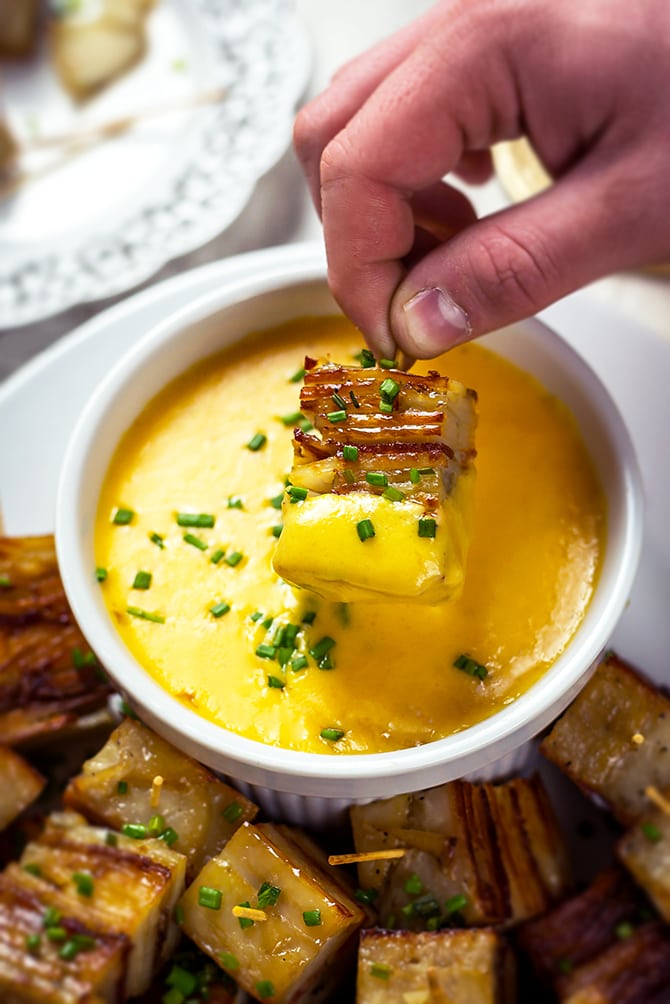 “Party Potato Pave Bites with Cheese Sauce” sounds like a title of a recipe that would require, like, ten thousand ingredients. But all you need to make these is FIVE ingredients– potatoes, cream, bacon, and chives. Oh, and salt and pepper, if you want include those in the ingredients list.

They also are pretty easy to make thanks to a little (okay a lot) of help from my PL8 mandoline. I have to highly recommend this thing if you don’t already have a mandoline at home, or even if you do. It saves me so much time in the kitchen because my knife skills are… well, not the most impressive.

The Party Potato Pave Bites with Cheese Sauce do have to refrigerate overnight though, so even though they’re easy, they require some planning in advance. It’s well worth the effort, I promise! 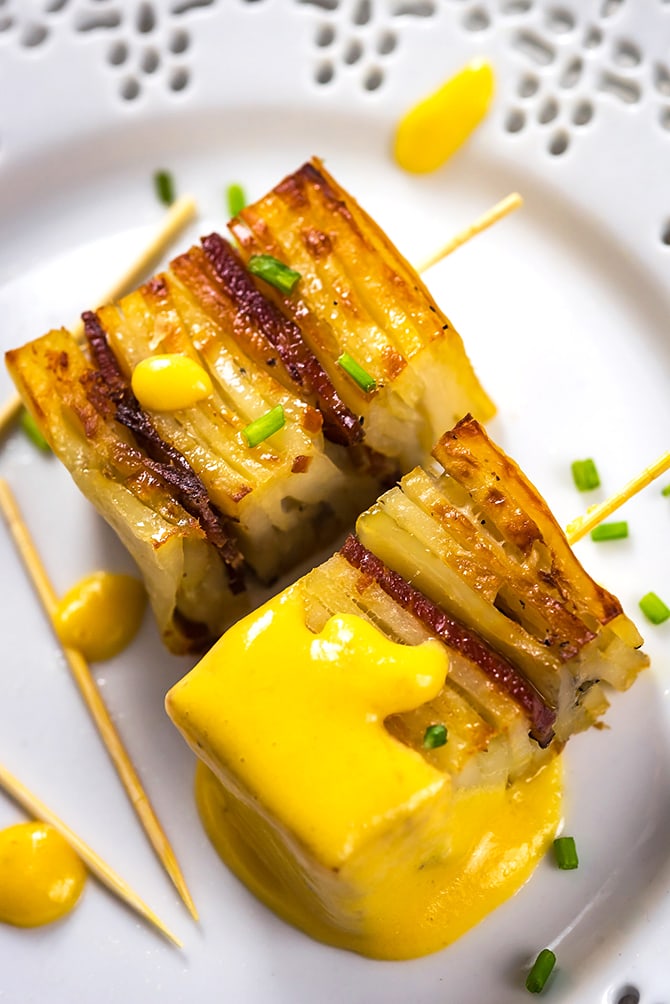 Just look at that cheese-covered stack of crisp potatoes and you’ll know I’m telling the truth.