It’s been 2 weeks that I have been hiding this recipe from you and I’ll tell you without hesitation that it has been down-right wrong of me to do so.  Why?  Because this recipe is up there on the list of my favorite things I’ve ever made.  Far up there.

Lately, I’ve been craving Southern Fried Chicken, but being that a) good fried chicken is hard to find in the north, and b) no one I live with really appreciates when I fry things (I think it’s a combination of after-dinner guilt and the lingering oil smell in the house), I was pretty much out of luck.  That is, until I came across a recipe for Southern “Baked” Chicken.  And another.  And another.

These recipes looked pretty good in the pictures, but I was apprehensive.  I mean, Southern Baked Chicken?  I know there are a ton of fried chicken purists currently screaming “NOOOOOO!” at their computer screens, slamming their palms against their desks, and maybe even letting out a whimper or two.  Southern Baked Chicken.  The horror! 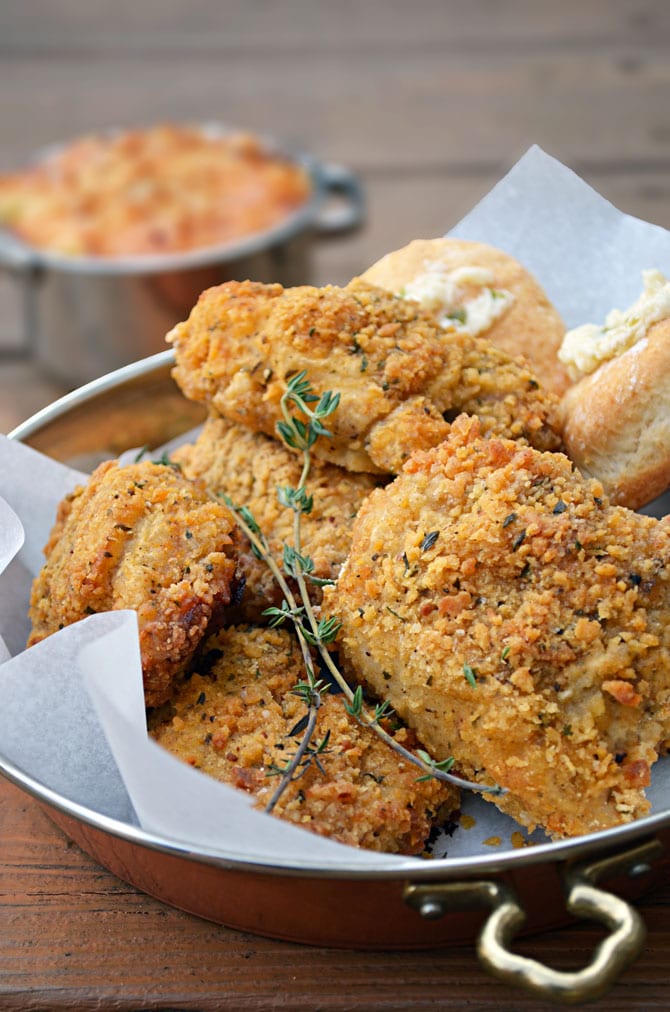 However, at this point I was desperate for some sort– any sort– of Southern chicken, so I took some ideas from exactly one million-billion-trillion recipes, combined them, and came up with a basis to start from.  Believe it or not, I made this chicken once and had absolutely nothing I would even dream about changing in it, which basically never happens when I have pretty much no idea what I’m doing.  I made it for myself and Amanda, who said something amazing about the chicken that I really wanted to remember to tell you… but it was 2 weeks ago and I’m drawing blanks.  Just know that, in essence, she said it was the best chicken she’d ever had.  My mom, who had leftovers 2 days later, said the same.

(By the way, my mom isn’t one of those moms who pretend to like everything I make.  In fact, 20 people might try something I make, love it, ask for seconds and thirds, and my mom will usually be the one to say, “Eh.  It was… good.”  But not this time.) 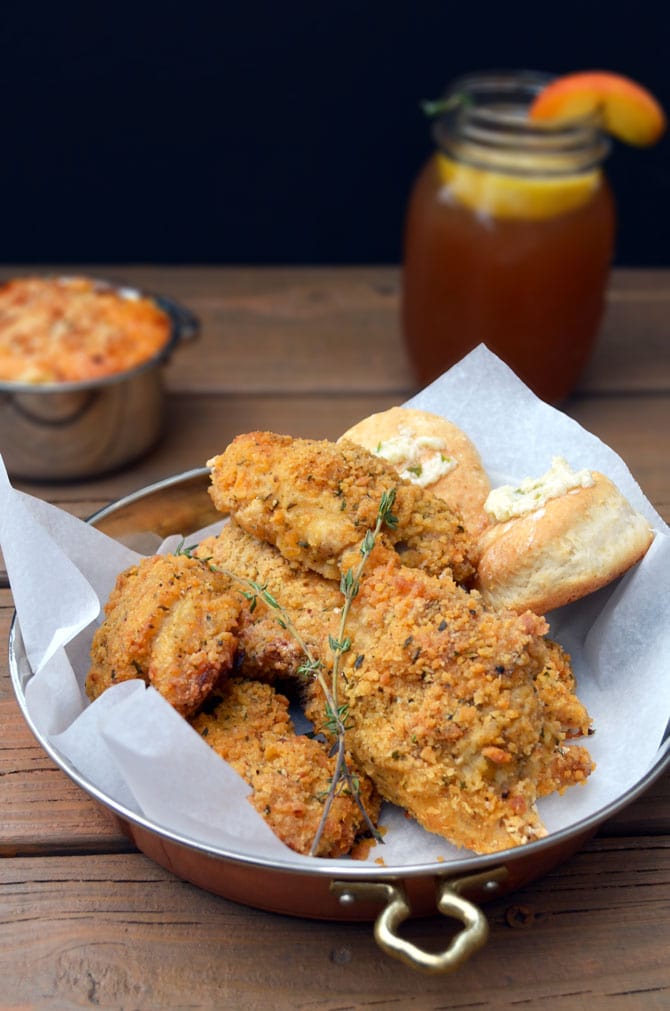 Besides the fact that this Southern Baked Chicken tastes awesome and doesn’t leave that nasty oil smell for days, it also is far less messy to put together and much lighter than it’s fried counterpart.  It’s the kind of meal you can add to your weekly rotation, bring to parties, pack for picnics, and find any possible reason to make because you really just want to eat it again.  For example, James didn’t have a chance to try this chicken, so I will be making it very soon for him.  And of course by “for him” I really mean “for me, and I guess he can have some too.”  I’m telling you, if you’re anything like me, you’ll have plenty of seemingly selfless acts of Baked Chicken in the future to disguise your obsession.  No one has to know the truth… I’ll never tell if you won’t.

This easy, less-mess, lightened up recipe will shock you. Southern Baked Chicken that is just as flavorful as its fried counterpart? You can bet this is going to be a regular in my house.