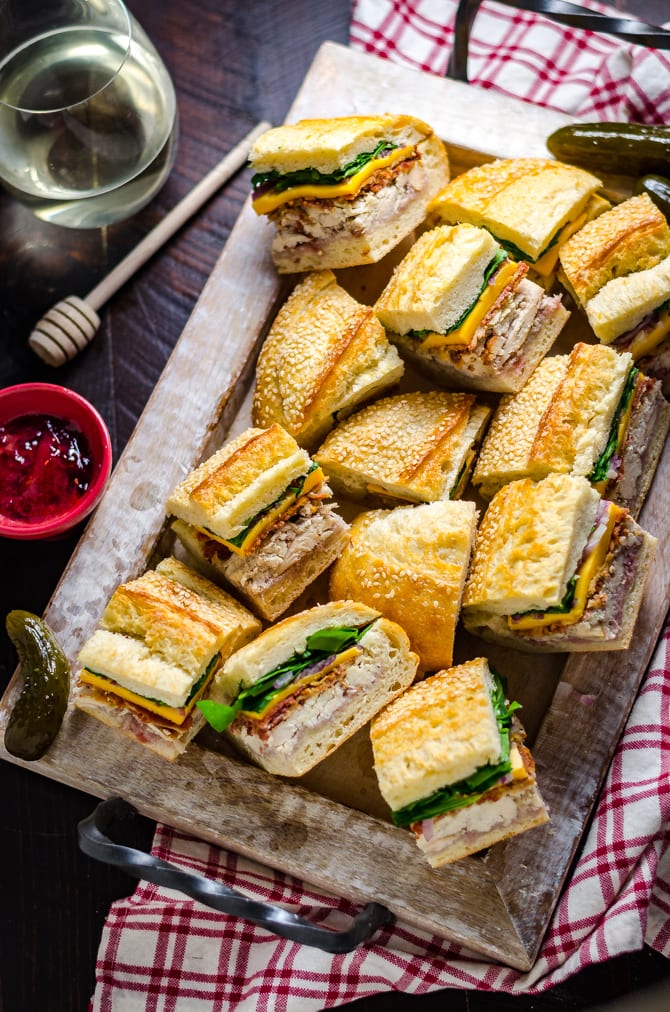 About five years ago, I met James’ mom over a platter of pressed picnic sandwiches. I know that I’ve mentioned this once before, but bear with me.

James had spent the past few months of our friendship-turned-budding-relationship letting me know all about his mom– or maybe not so much about her as he did about her food, which might have been even more intimidating. He swore that her arroz con pollo was unparalleled, that a certain brand of canned tomatoes was the only one worth buying because it’s what his mom used in her spaghetti sauce, and that his mother made the best and biggest party spreads. (He doesn’t like when I tell people this, but it’s true.) 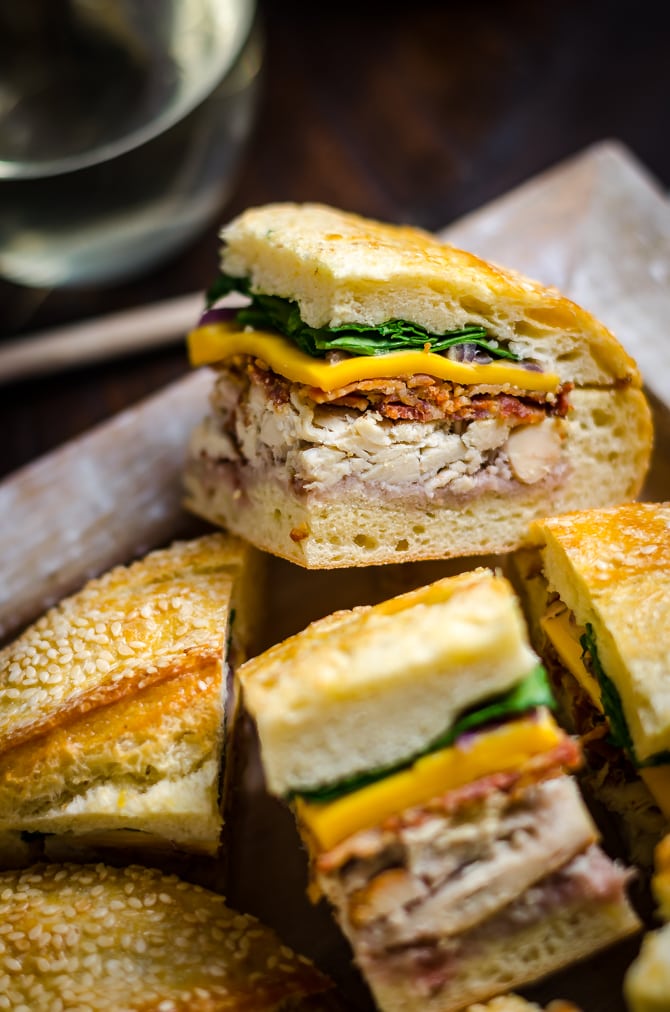 And even though James and I were still in that awkward phase of trying to figure out whether or not we were going to really give a relationship a shot or if it’d be too messy due to our super-intertwined social group, he went ahead and invited me to meet his mom at her Labor Day BBQ.

You guys, I was nervous. Not just because I was about to be introduced to the family of this guy that I was semi-dating, and navigating that whole situation had the potential to be super awkward, but because what the heck do you bring to a barbecue to impress a woman whose reputation of going over-the-top with incredible party foods proceeds her?

“Oh, hi Donna. Impressive spread you’ve got here. I brought some potato salad, but I see that you already have plenty of that and it looks like it was made at a 5-star restaurant… so I’ll just hold onto this. Who am I? Uh, I’m Morgan. I’m friends with– well, I’m kind of dating your son… but also not… and I’m just gonna go ahead and shove some of this less-impressive potato salad into my mouth so I stop talking and embarrassing myself,” I imagined. Which obviously ruined the whole potato salad plan for me.

So after freaking out a teeny tiny bit (ahem, a lot), I went with something that I COULDN’T MESS UP, and that might not already be covered by what I imagined would be a near-endless menu. I made sandwiches. But not just any sandwiches: fancy sandwiches. Pressed picnic sandwiches.

I cut a ciabatta in half, I layered it up with all sorts of Italian ingredients, I wrapped it in plastic wrap, and I threw the heaviest objects I could find in James’ apartment on top to densely pack all of the layers together. Then I cut it up, threw it on a tray, and practically hyperventilated into a bag on the drive to James’ mom’s.

But the sandwiches wound up being a hit. While the rest of the food was being prepared and warmed, James’ family crowded around the sandwich tray and inhaled everything that I brought in mere minutes. Minutes! Everyone was thanking me and telling me that they were delicious and I suddenly felt so comfortable in what could have been a really anxious situation.

So now, of course, I make picnic sandwiches all the time. 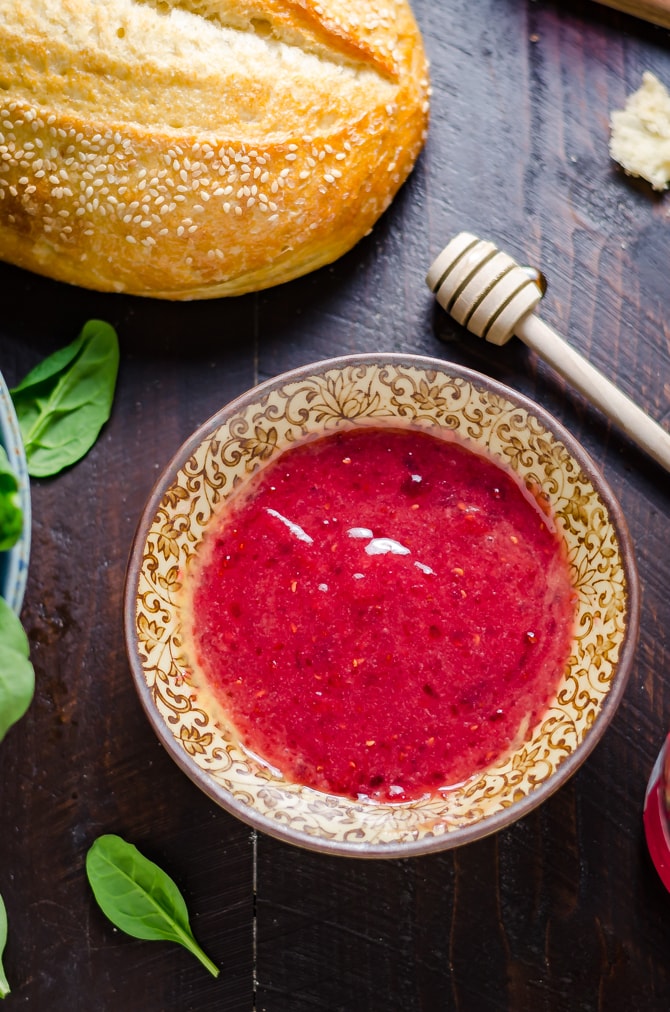 For example, I made them last weekend. Check out these Chicken Bacon Pressed Picnic Sandwiches with Raspberry Honey Mustard.

Like most picnic sandwiches, they’re easy to assemble, they’re ultra-customizable, they travel well, they can be made ahead of time, and they will be devoured. I swear it.

But the greatest thing about them might just be the raspberry honey mustard, which is made by simply whisking together raspberry preserves and– naturally– honey mustard. I know talking a lot (especially about food) is kinda my thing, but I’m having a hard time putting into words how tasty it is. It’s tangy and sweet and sharp and, well, it’s my new favorite condiment. I can’t wait to put it on everything, and you’ll probably feel the same way. 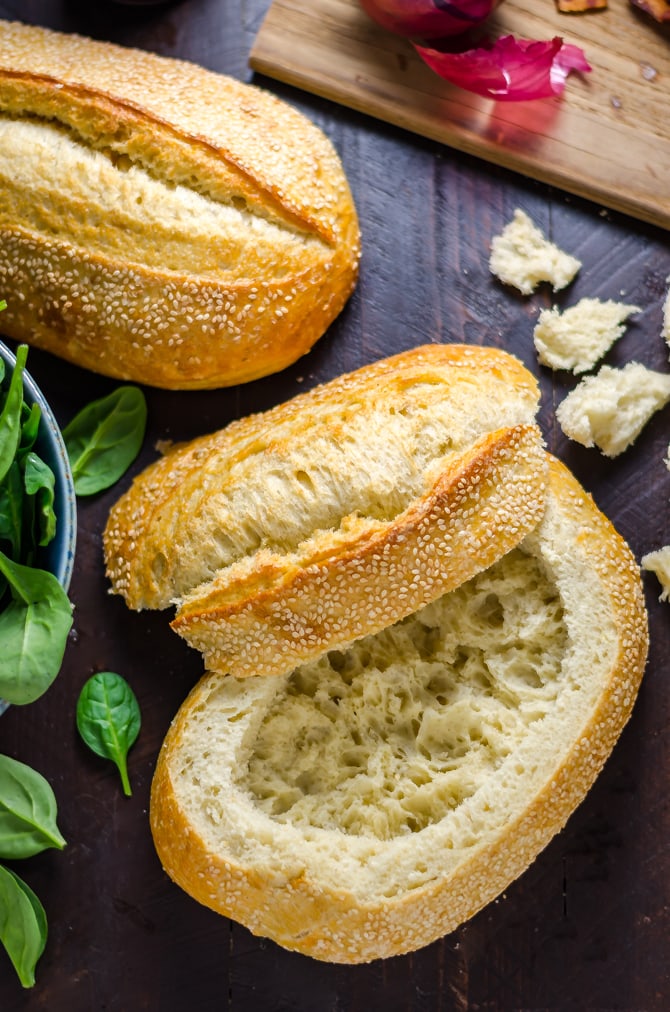 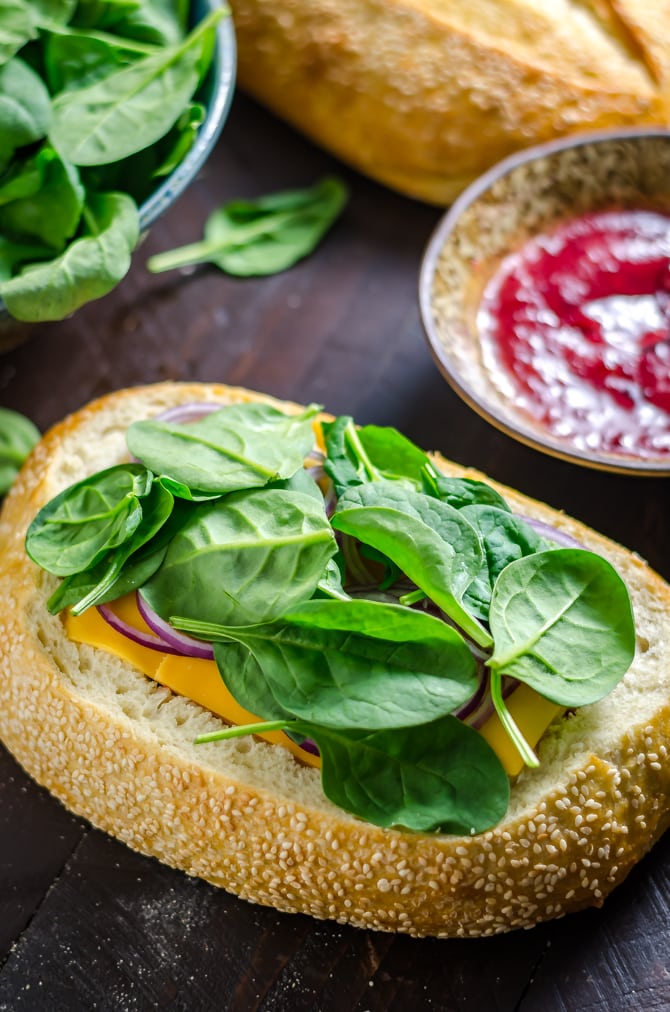 But for now, just put a generous amount of that raspberry honey mustard on your pressed picnic sandwiches, along with a ton rotisserie chicken, bacon, cheddar cheese, red onion, and fresh spinach leaves. All of that in a slightly hollowed loaf of crusty bread? Yes. Yes, please. 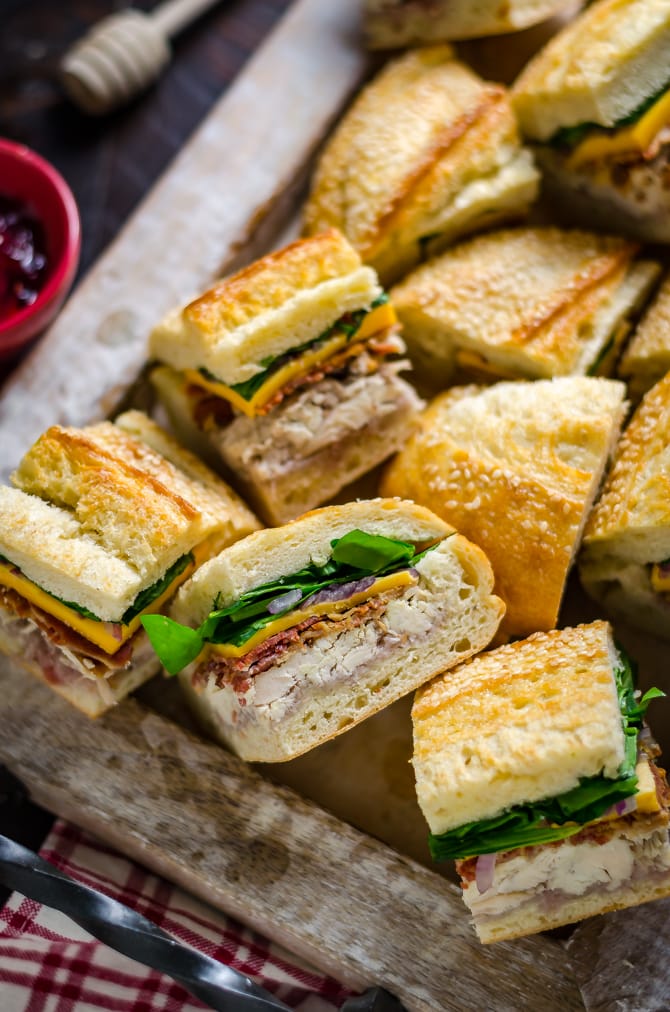 And even though these are called Chicken Bacon Pressed Picnic Sandwiches, don’t feel like you can only make them for a picnic. Any occasion, from backyard BBQs to potlucks to packed beach lunches would benefit from some delicious sandwiches like these.

You can even make them to meet your date’s parents. I’m positive they’ll be impressed. 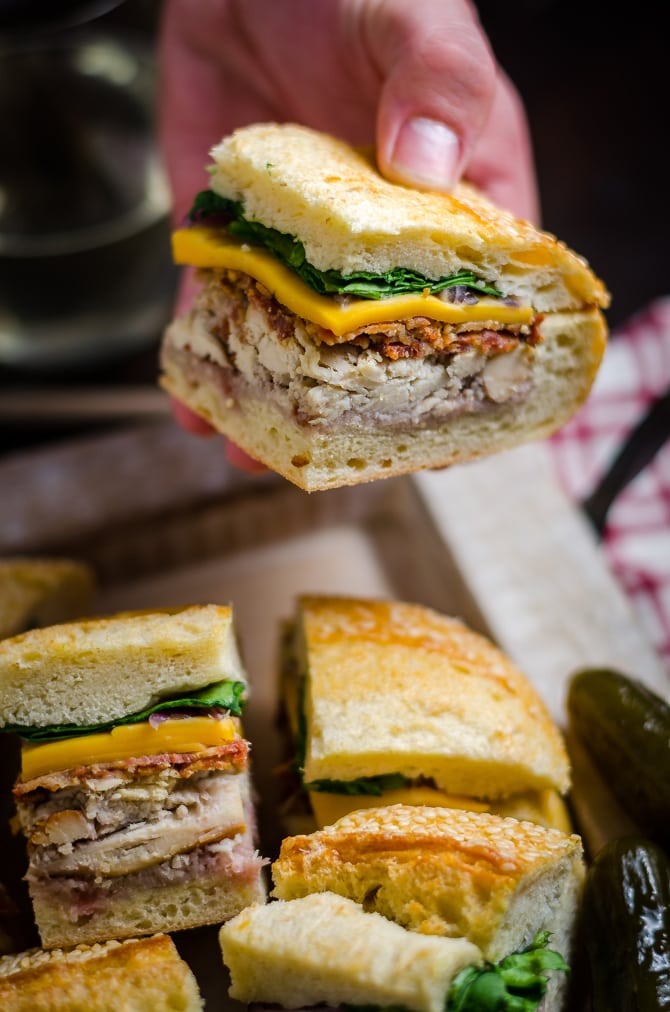 These are party portions, but feel free to halve the recipe to make only one loaf if you don’t plan to serve as many people!