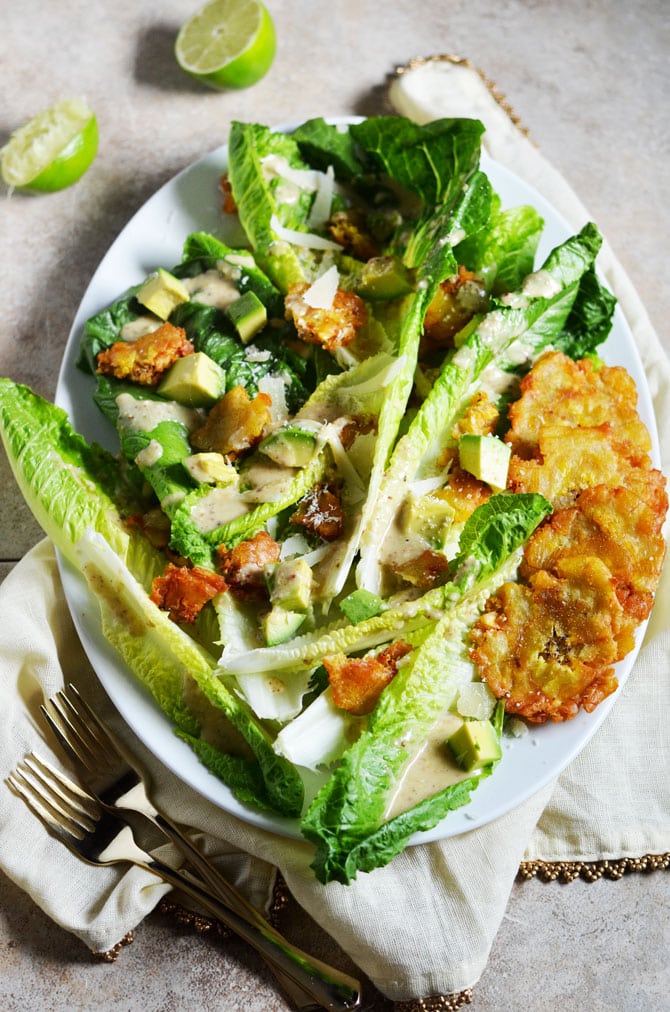 Do you have one classic dish that you simply can’t get enough of? One that you will order, without fail, every time you go out? If so, welcome to the club. James and I have eaten Caesar Salad at least once a week for the past… I don’t know… two years? Yeah, I’m serious.

In fact, I often try to find ways to incorporate Caesar Salad into my meals when I’m not eating Caesar Salad. I’ll put a Caesar spin on brussels sprouts. I’ll eat Chicken Caesar Pizza. I’ll lay a coat of Caesar dressing on things it clearly doesn’t belong on. I’ll make fusion recipes with my favorite ethnic foods and –you guessed it– Caesar salad.

Now that it’s warming up in my neck of the woods, I’ve been seriously craving some Cuban cuisine. What better way to get my fix than with a César Salad? (See what I did there?) 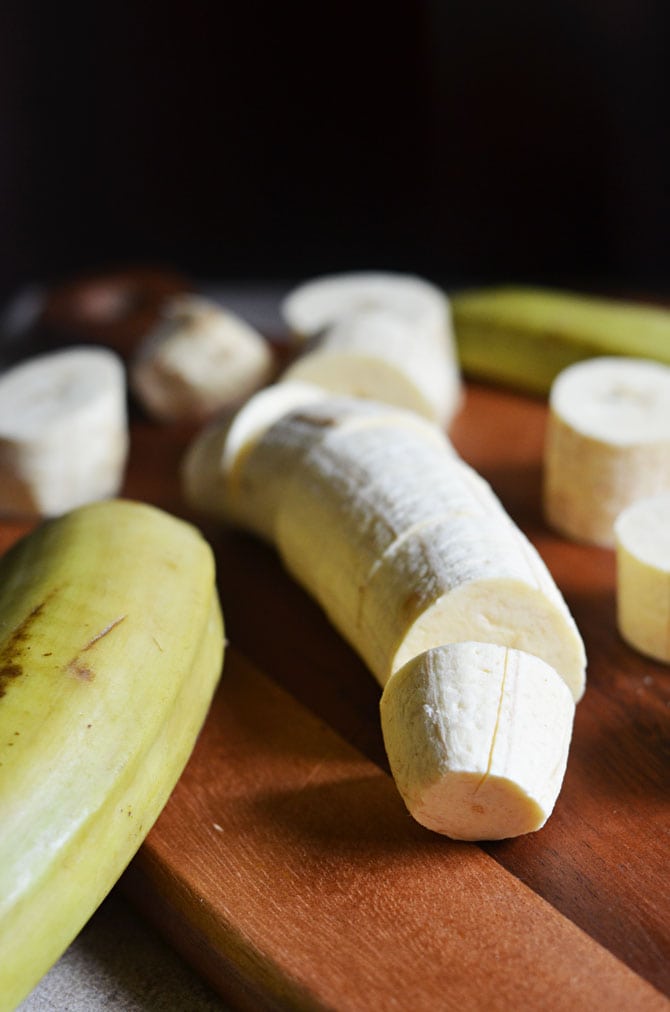 The first motion towards Cuban-ification was replacing the croutons with something that is approximately a million times more delicious, and that thing is tostones. If you’ve ever had tostones, you probably have a gigantic smile on your face because everyone who has ever eaten one knows that they are the greatest things since french fries. Putting french fries on a salad seemed kind of weird, but tostones? Totally cool. 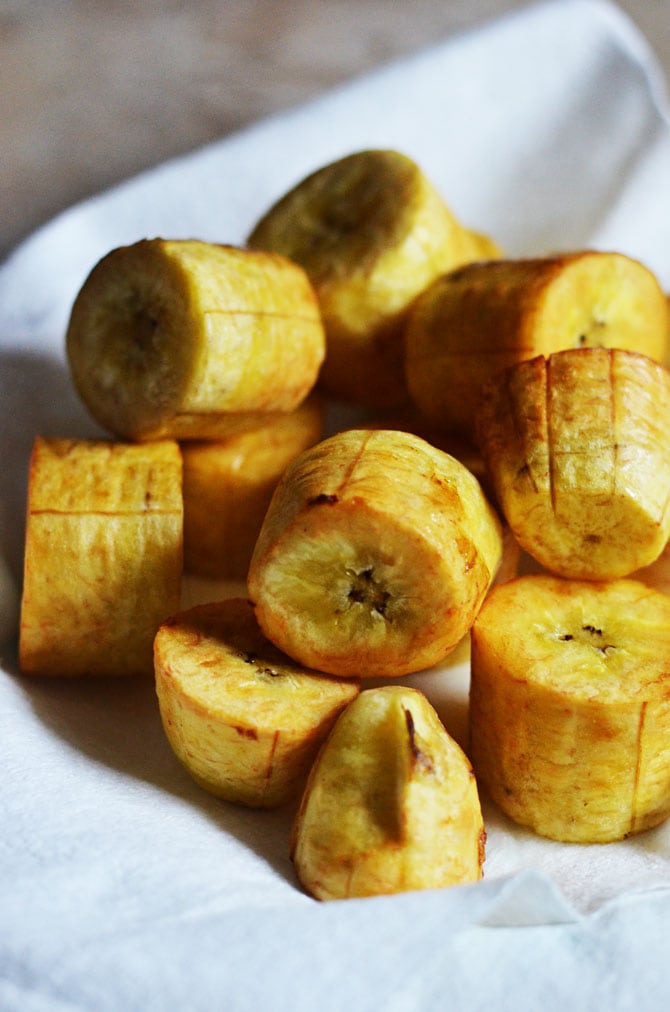 For those of you who don’t know, tostones are made from green plantains, which look deceptively like bananas but taste absolutely NOTHING like them. Warning: do not try to eat raw green plantain. It’s kind of like eating raw potato.

Yes, I speak from experience.

Anyway, those plantains are cut into pieces, fried once, smashed, fried again, and then sprinkled with salt. They taste even better than they sound. 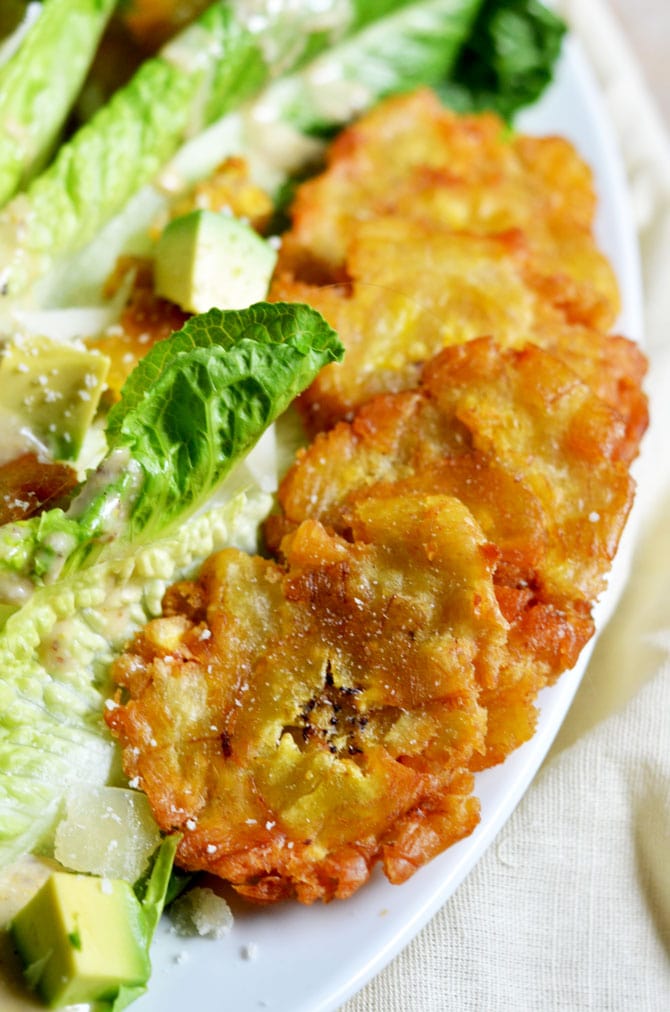 Then I added in some avocado, manchego cheese (a sharp, hard Spanish cheese that is almost reminiscent of parmesan and common in Cuban dishes), and I made a zesty Caesar-esque dressing to top it all off.

The dressing features the typical flavors of Caesar dressing, but it uses orange juice and lime juice instead of lemon juice, kicks up the garlic, and has a hint of cumin. Make it and it will become a favorite. 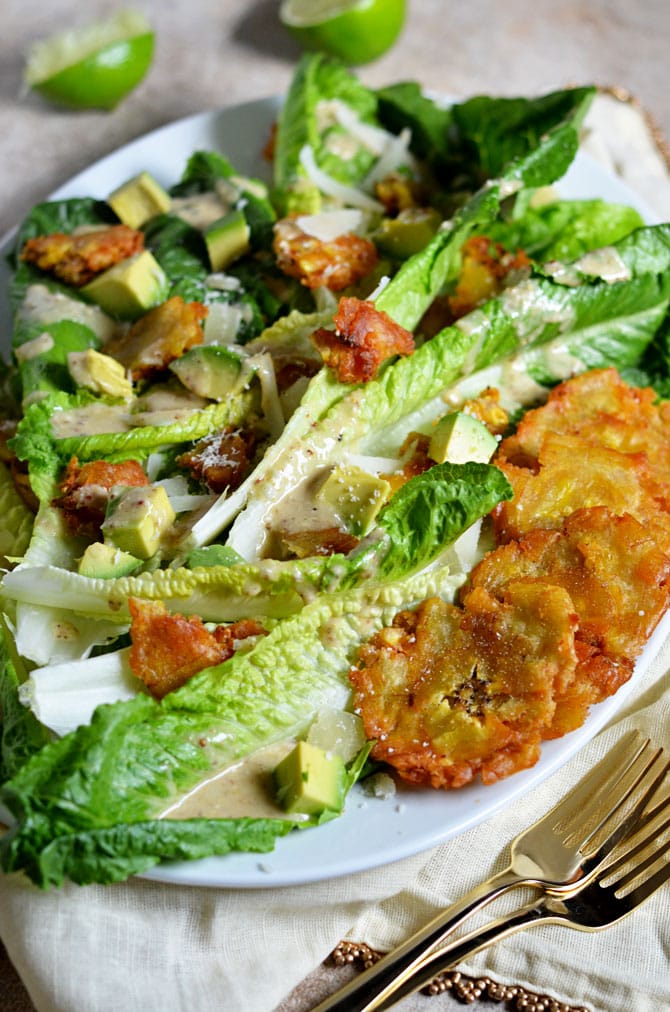 When you give this summer salad a go, make sure to take a photo and tag #hostthetoast on Instagram or Twitter!

Feel free to add in black beans or serrano ham!