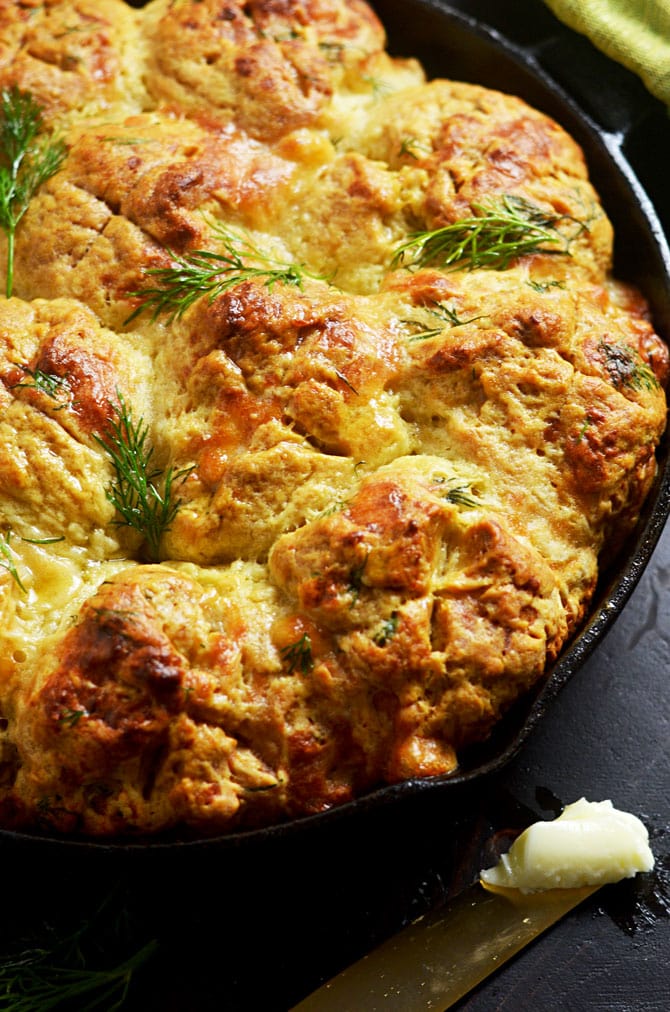 I’m about to reveal something pretty controversial, so hold on to your seat belts.

It’s true. I like my crumbly, dense, delicious soda bread to be savory and buttery and definitely not filled with little sugar-bombs of wrinkly, dried grapes. Alas, every option I’ve seen at the grocery store thus far has been chock full of those little guys, so this year I decided to make my own. For good measure, I loaded it up with aged Irish cheese and a hefty hand of herbs. (Yes, it’s as tasty as it sounds.) 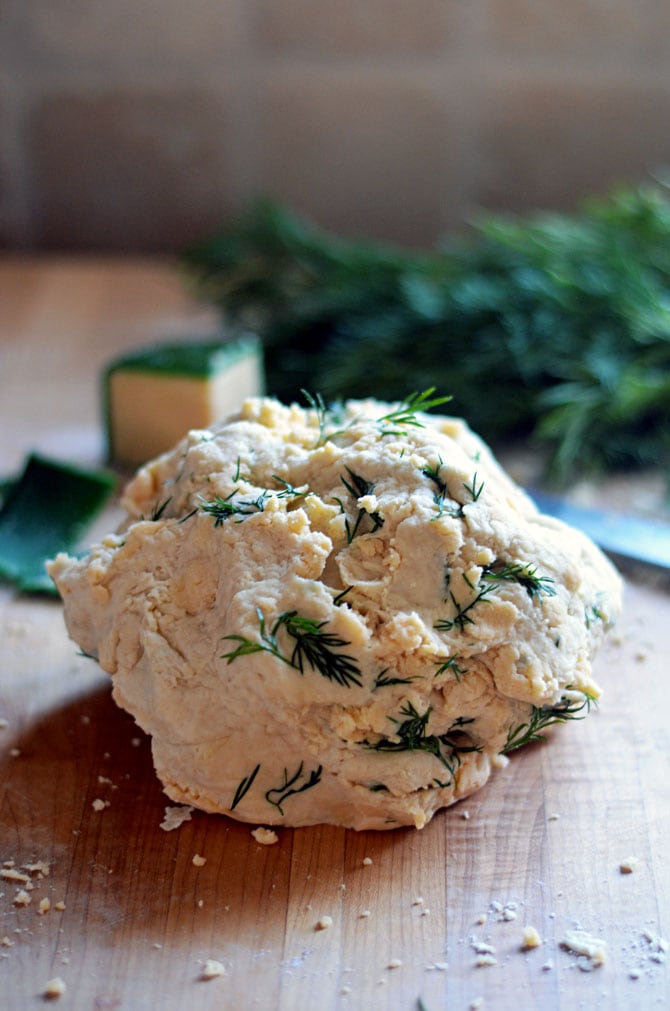 If you’ve never heard of Dubliner before, keep an eye out for it. It is an Irish cheese that is the flavor love-child of sharp cheddar cheese and buttery, nutty fresh parmesan. Especially as St. Patrick’s Day approaches, you should have no problem finding it at your local grocer, but if by some sad twist of fate you cannot, simply sub in cheddar and parm instead– or another cheese of your choice. It’s your soda bread and you can do what you want with it. Yea! 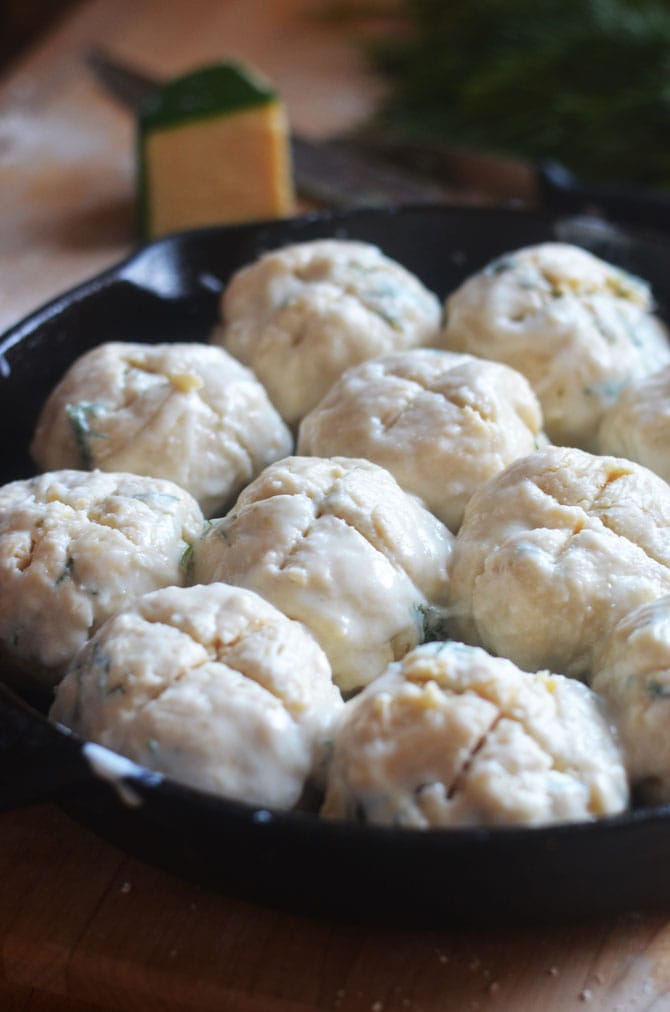 Instead of making one big loaf, I decided to split my Dubliner-Dill Skillet Irish Soda Bread into 12 pieces, so that they formed sections that could easily be pulled or cut out for serving. They’re almost like little Irish biscuits. I think they’d be perfect to serve alongside some corned beef, don’t you?

In fact, I think they’d be perfect to serve alongside pretty much any dinner. They’ve got that Red Lobster drop biscuit kind of appeal. I’d make these year-round, for sure. 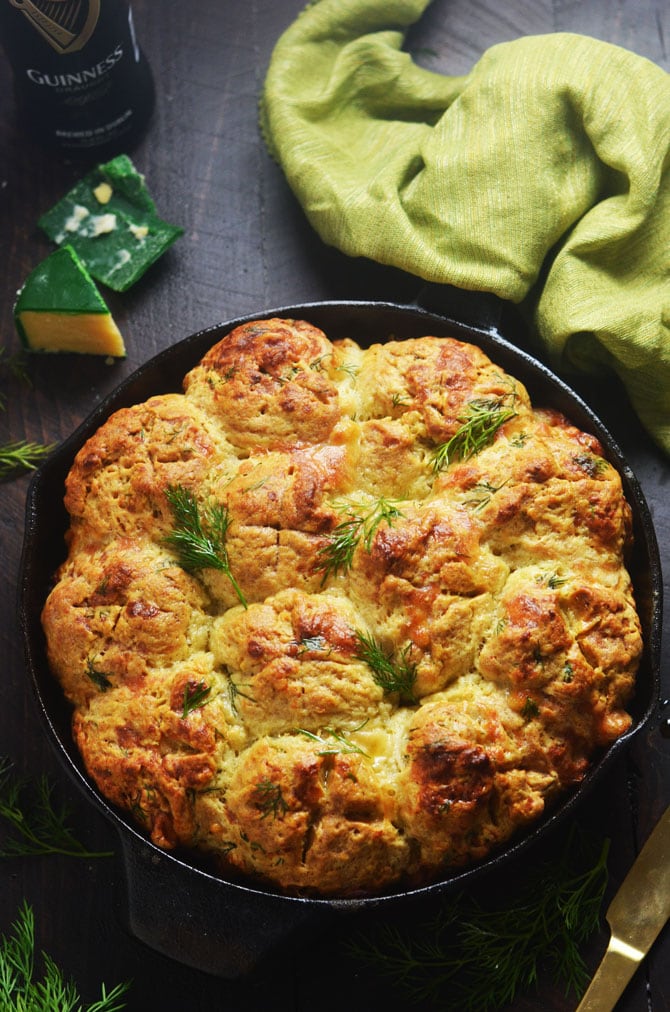 The first best thing about Dubliner-Dill Skillet Irish Soda Bread is definitely the flavor, but a close second is the fact that they’re so easy to make. There’s no yeast to bother with, no letting the dough sit to rise, no bread machine necessary. All you have to do is mix everything together, divide it up, brush it with a buttermilk-butter mixture, and bake until it’s golden brown, and begging to be served warm with a pat (or brush, or both) of butter.

You can absolutely make these. Give them a go and don’t forget to tag #hostthetoast on Instagram or Twitter to show ’em off! 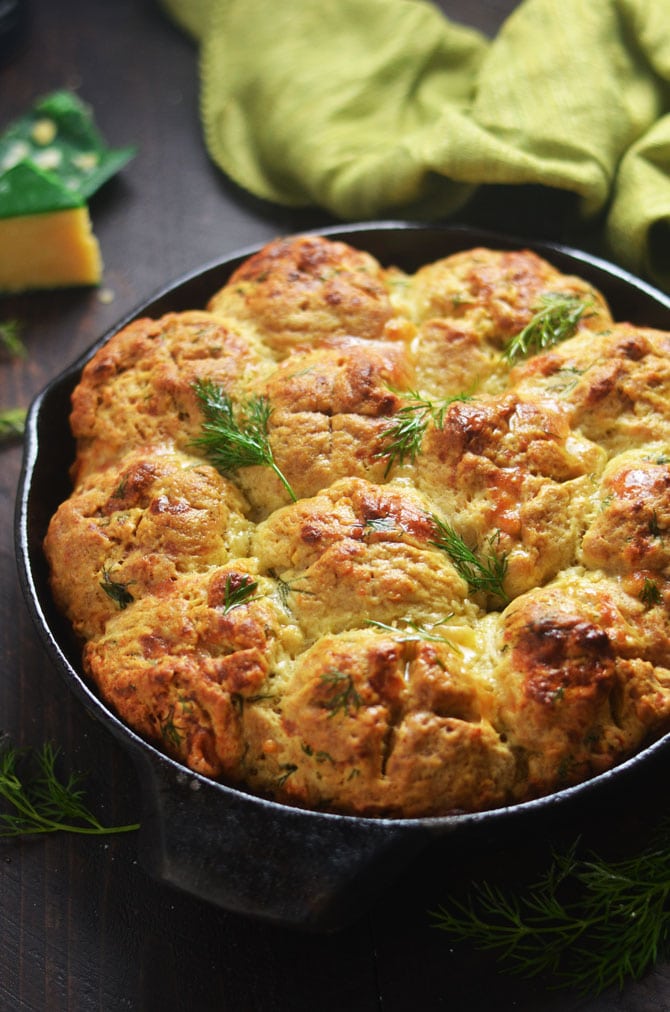