Mashed potatoes are, admittedly, one of my least favorite ways to get my share of spuds.  It might just be me, but I’m extremely picky with my mashed potatoes, and most of them just don’t make the cut.  It’s so easy for them too be too smooth, too lumpy, too gummy, too bland… and for that reason I usually just avoid them.  Even on Thanksgiving.  A sin of massive proportions, I know. 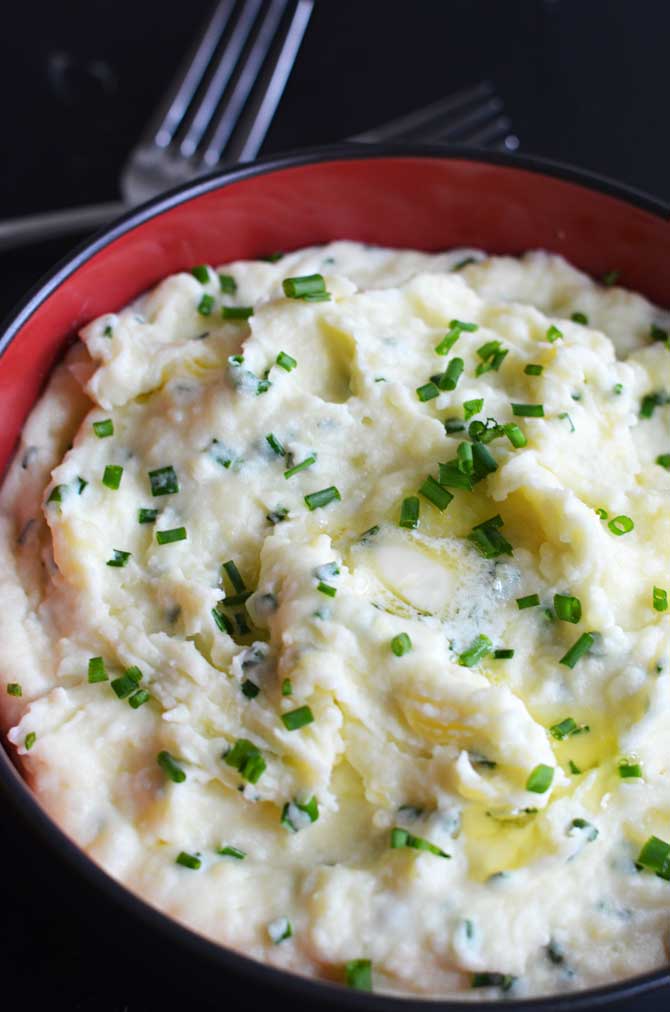 But a few months ago, when James took me to Bobby Flay Steak in AC, he insisted that we get the mashed potatoes (because he is an avid mashed potato lover).  I didn’t expect to be wowed, that’s for sure.  We ordered a few other sides because 1) our eyes are much bigger than our stomachs, and 2) I assumed I wouldn’t want more than a bite of the Goat Cheese Mashed Potatoes.

I’ve gotta tell you, I loved every dish we ordered there, from the pork to the creamed spinach.  James and I ate so much that we felt like we could just pass out right at our table.  However, it was the mashed potatoes that I couldn’t stop picking at, even after I was beyond stuffed.  I kept pushing them away from me and then changing my mind for “just one more bite”, which became two, which became three, which became “I’m just going to go ahead and clean this plate.” 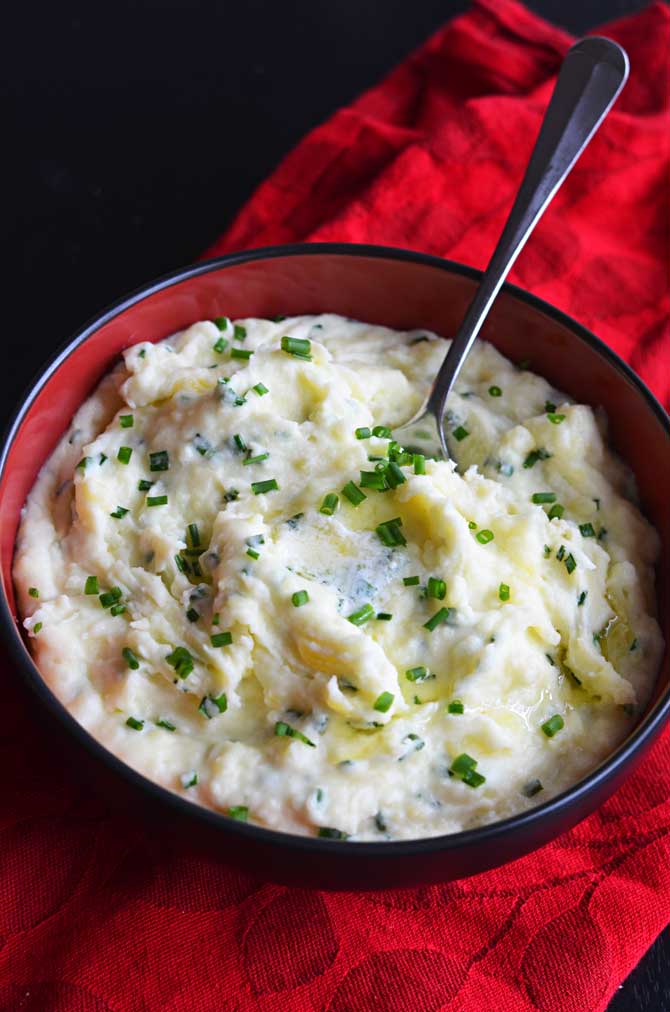 Yes, it was the Goat Cheese and Chive Mashed Potatoes that we couldn’t stop talking about the next day.  I knew I had to make them.  So rich, so flavorful, so absolutely perfect.

Sigh.  I want some right now. 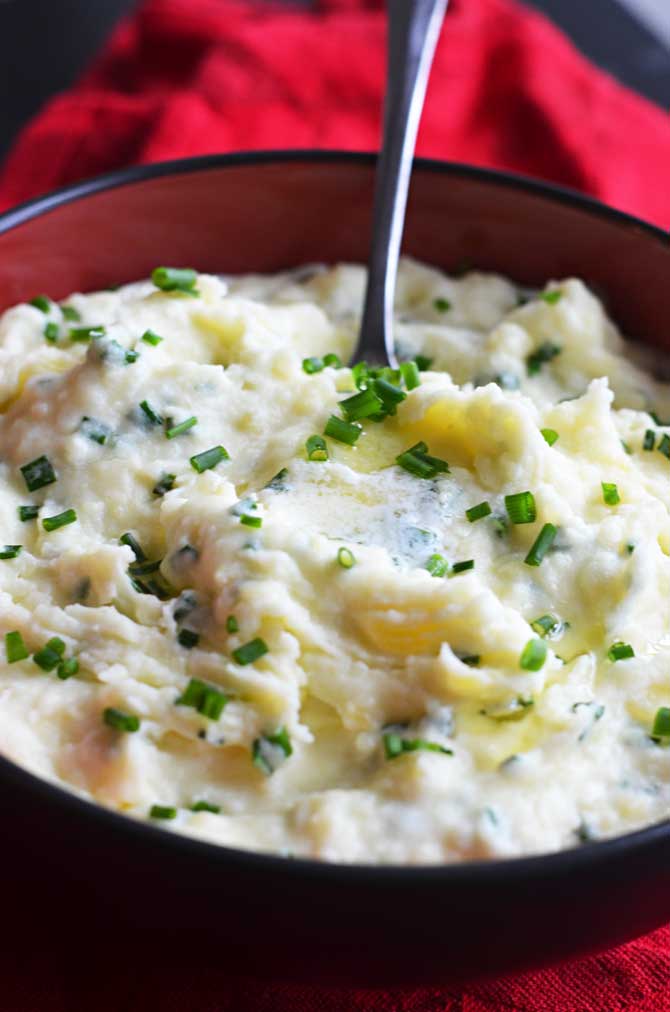 Give them a go– a few easy ingredient additions makes all the difference.  They might even become the star of the show this Thanksgiving!