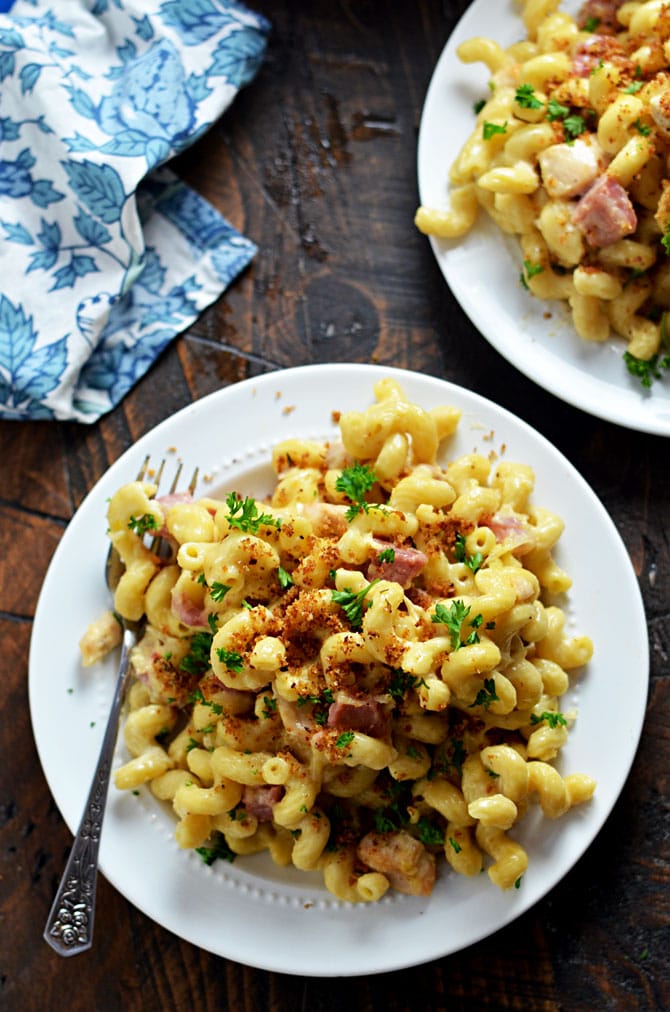 Did you have a lovely, food-filled Eater? I did, and now I’m overloaded with more jelly beans than I know what to do with, a carton full of hard-boiled eggs, and a fridge stacked high with various leftover-filled plastic containers. I’m not sure how I’m ever going to get through all of this stuff. Are you right there with me?

You’re probably thinking that there’s no way you’re cooking up anything new until your refrigerator is cleared out, but let’s be serious, there’s only so many times you can chow down on spiral-sliced ham before you start getting tired of eating the same thing for each meal. Don’t be tempted to toss it into the garbage, though. Instead, toss your ham into this One Pot Chicken Cordon Bleu Alfredo with Toasted Breadcrumbs and dig in. 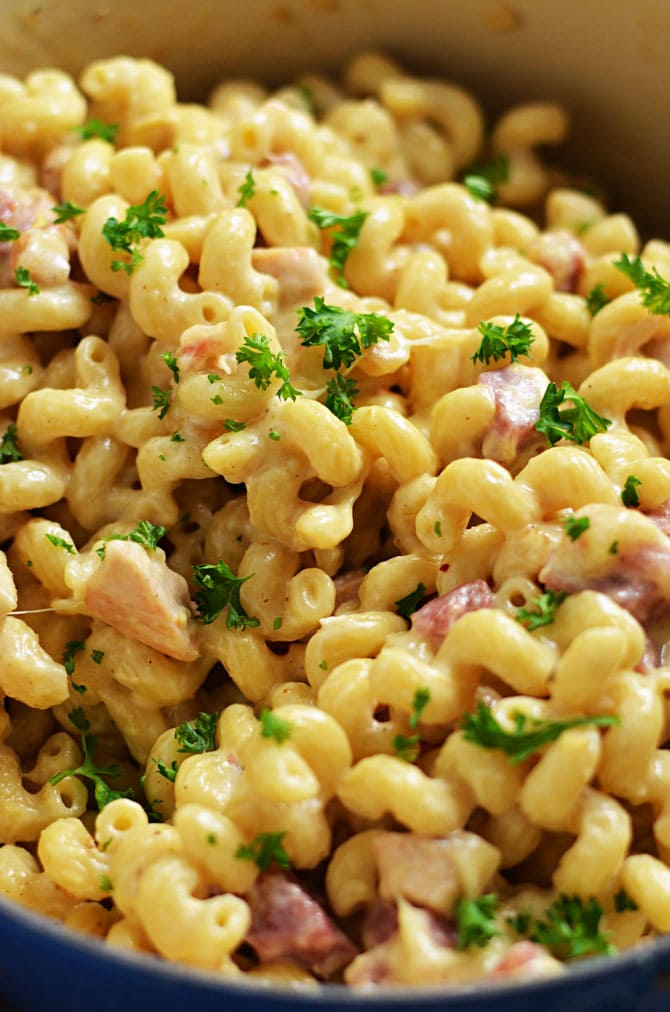 Yep, just chop it up and throw it right into a pot of pasta with a creamy swiss-dijon alfredo sauce and tender chicken breast chunks. Not only will you have juicy pieces of ham sprinkled throughout the dish, but the ham will also help to flavor the sauce and the pasta as it cooks. Add some toasted breadcrumbs on top for texture and you’ve got a meal that nobody’s going to get tired of.

I don’t often get excited about using up leftovers, but in this case I would make a whole ‘nother 10 pound ham as an excuse to whip One Pot Chicken Cordon Bleu Alfredo up again soon if I had to. Luckily, though, there’s always fully cooked, diced ham at the supermarket to fall back on– which is a much easier (and less expensive) option if you don’t happen to have leftover ham on hand. 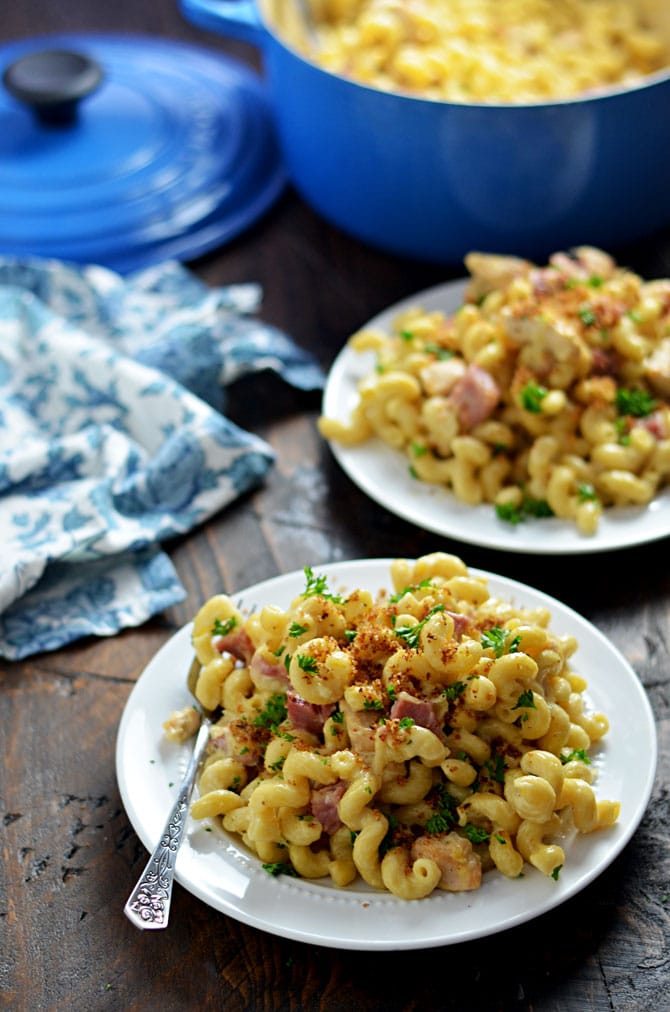 Like all of my beloved one pot pastas, this recipe is extremely easy to make. The chicken, pasta, and sauce all cook in one pot, with the starches from the pasta thickening the boiling liquids that form the sauce. It’s pretty much fool-proof, but the result is always so much fancier than you’d ever expect from a meal that takes less than an hour from start to finish. Why everyone hasn’t hopped on the one pot bandwagon yet, I have no clue. I’m sure doing my best to get everyone on board.

Not to mention, one pot to cook means only one pot to wash. And the less dishes I have to do at the end of a meal, the happier I am. I know I’m not alone there. 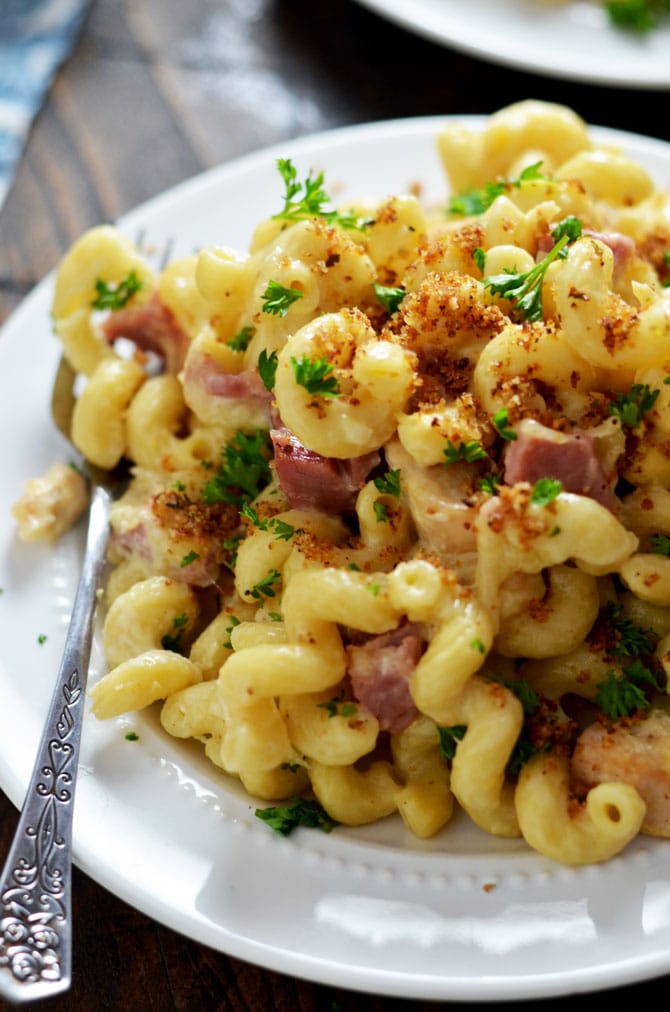 If that all sounds good to you, give this One Pot Chicken Cordon Bleu Alfredo a go, and make sure to take a picture and tag #hostthetoast on Instagram or Twitter to show off how you get creative with your leftovers. Enjoy!