It’s under 10 degrees Fahrenheit in my area of the world right now, yet I’ve been inexplicably craving one of my favorite summer-time foods: pulled pork sandwiches.  Maybe it’s because I’ve been dreaming of  days when it’s warm enough to even consider going outside to barbecue, or maybe it’s because I like my sandwiches with extra spice (which would be nice to warm you up on a day like this), or maybe it’s just because pulled pork is so good you don’t ever need an excuse to eat it.  Whatever the reason is, I knew I had to have it.  Immediately. 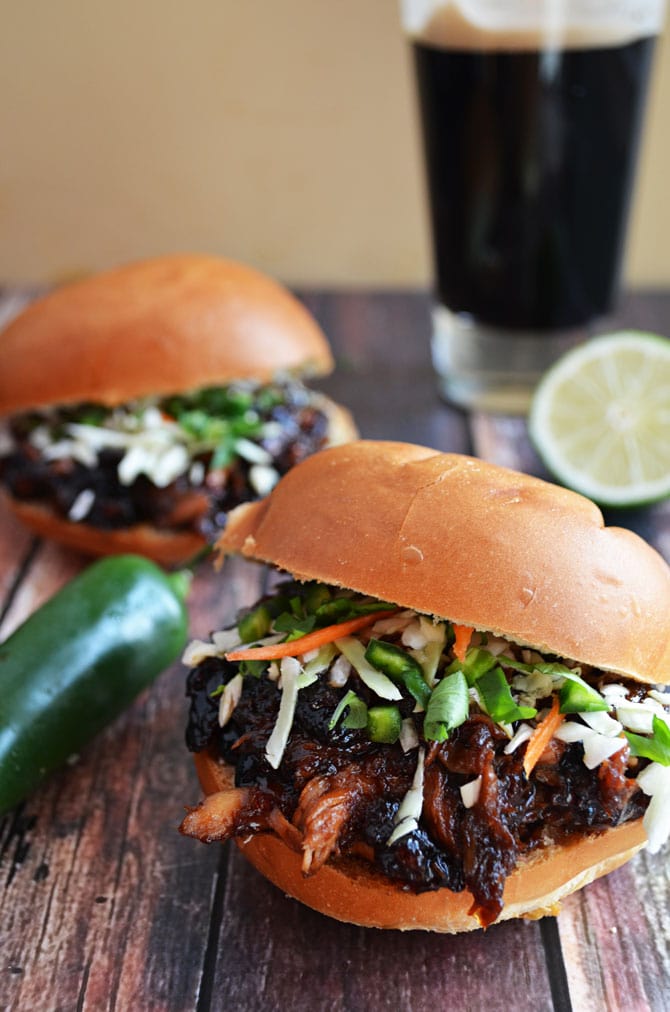 Instead of BBQing my pork shoulder, I decided to throw it in a slow cooker, because that didn’t involve me going outside… which was obviously the best choice.  Then I considered making a rub and a mop and a sauce from scratch, but it all seemed like a lot of work and, truthfully, I just wanted to eat.  Instead, I threw together a few ingredients I happened to have laying around and hoped for the best.

Well, guess what?  I wouldn’t change a thing.

The cherries lent additional sweetness to the sauce, and the chipotle gave some heat and smoky flavor.  It was well-balanced and delicious, and my family couldn’t get enough of it.  Topped off with a Honey Jalapeno Lime Slaw, all of the flavors were amplified and there was great texture contrast.  I didn’t even feel guilty about cutting some corners with this Sweet and Spicy Pulled Pork recipe. 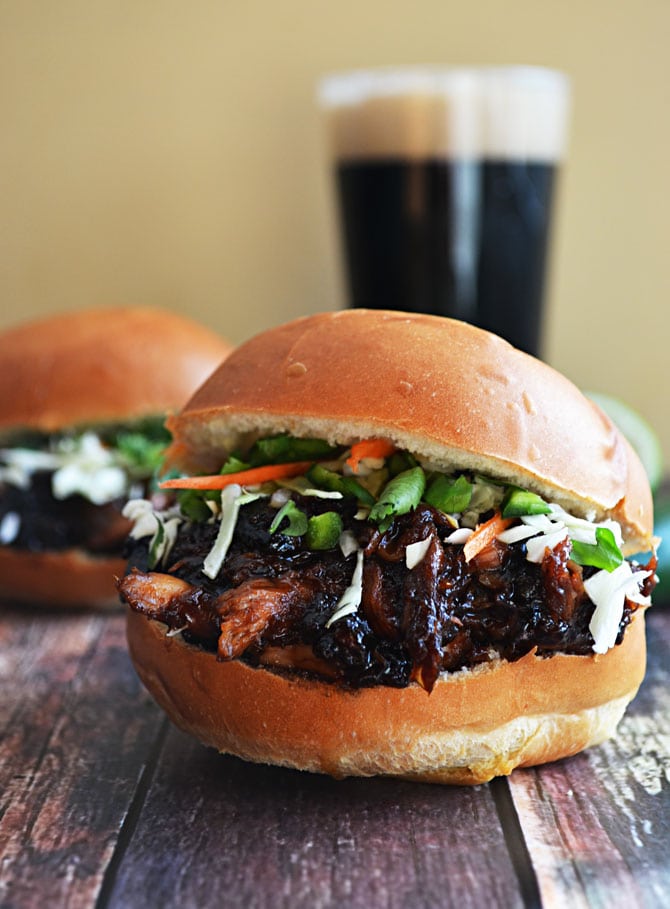 As you can tell, I enjoyed these delicious sandwiches with plenty of cold beer, and I recommend you do the same.  I know it seems counter-intuitive when you’re complaining about winter weather and your toes may be developing a bit of frostbite, but trust me, if you drink enough of them, you’ll start to warm up on the inside.  Or so I’ve heard…

For the Pulled Pork: